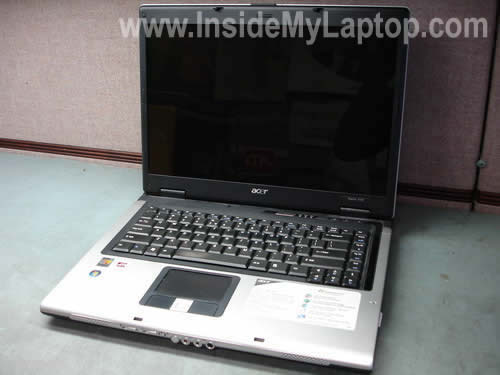 In this guide I’ll explain how to take apart an Acer Aspire 5100 laptop.

In the next article I’ll explain how to remove the screen.

First of all, make sure the computer is turned off, the power adapter is disconnected and the battery is removed.

Both memory modules, wireless card, cooling and and hard drive can be accessed from the bottom. 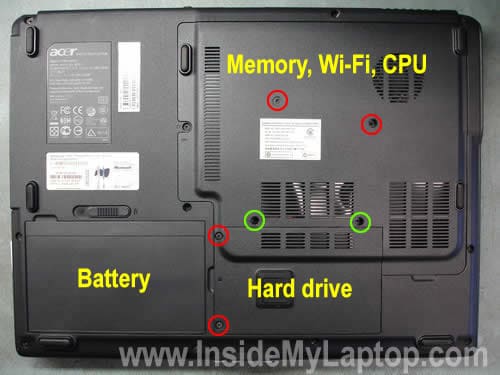 1. Remove one screw (red circle) securing the drive.
2. Push the drive from the case with a flathead screwdriver.
3. Pull the drive and remove it. 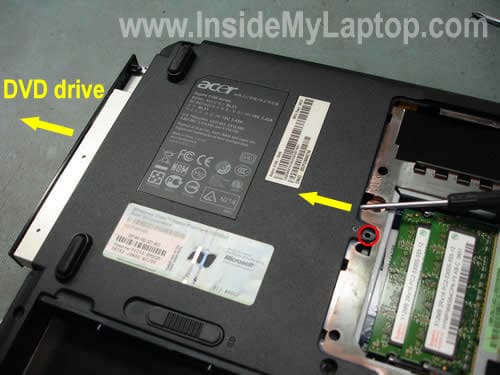 Removing hard drive:
1. Pull the hard drive to the right side until it’s disconnected from the motherboard.
2. Lift up the hard drive.
If you are replacing the hard drive with a new one, you’ll have to transfer the mounting bracket to a new drive.

You can upgrade it to a larger capacity HDD or SSD. 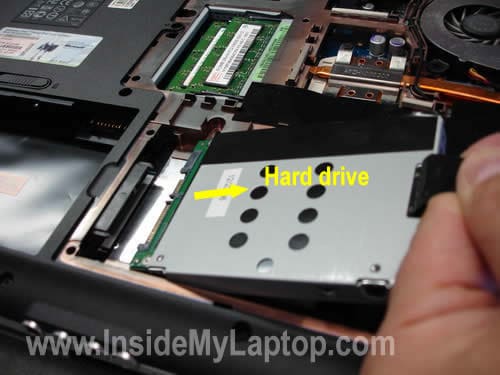 Removing memory modules:
1. Carefully spread latches on both sides of the memory slot until the module pops up at a 30 degree angle.
2. Pull the module out by the edges. 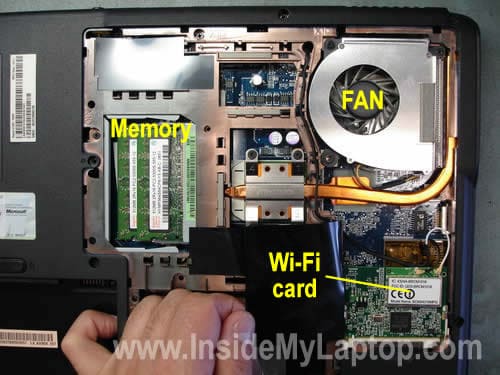 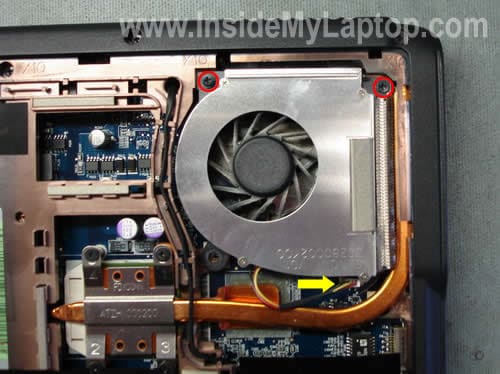 My laptop had a lot of dust trapped between the fan and heatsink. This dust buildup kills normal airflow inside the cooling module and causes overheating. You can blow off dust using canned air.

Here’s how you can replace thermal paste between the heatsink and CPU. 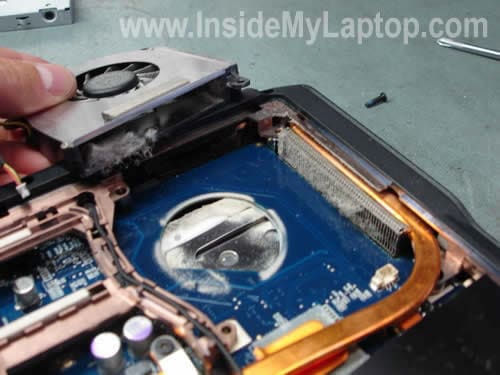 In the following steps I’ll explain how to disconnect and remove the keyboard.

1. Lift up the bezel with a flathead screwdriver as it shown on the picture below. 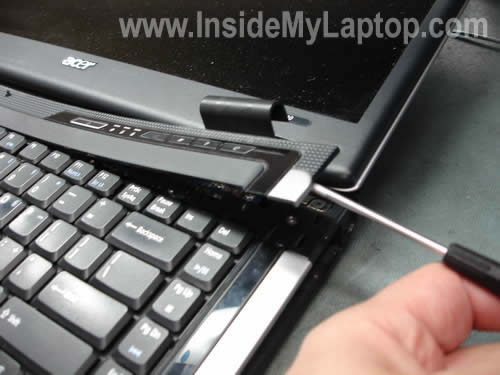 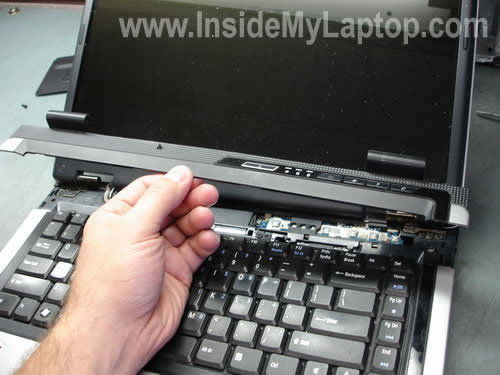 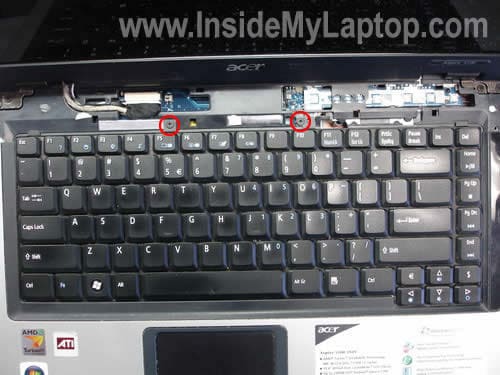 4. Carefully lift up the keyboard, it’s still attached to the motherboard. 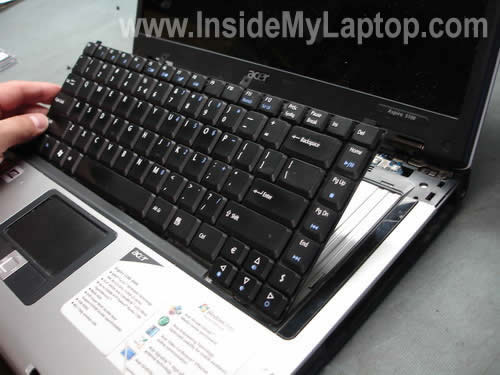 5. The keyboard is connected to the motherboard via a flat ribbon cable. Before you can remove it completely, you’ll have to unlock the connector and release the cable. 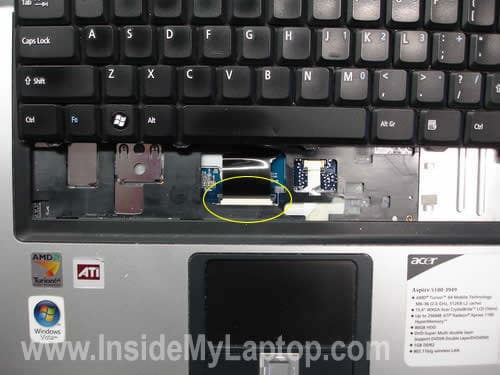 6. Carefully move the black tab about 1-2 millimeters up with your fingernails as it shown on the picture below.

DO NOT SEPARATE THIS TAB FROM THE CONNECTOR, IT HAS TO STAY ATTACHED TO THE CONNECTOR.
If you break the connector, you’ll have to replace the whole motherboard. Be careful. 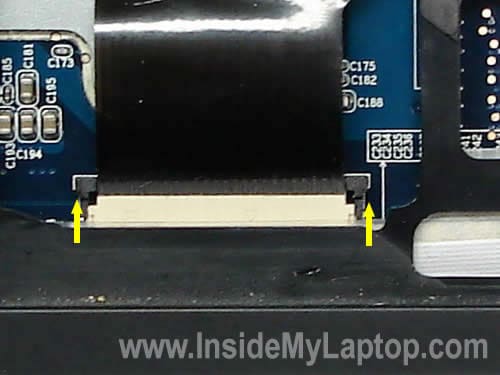 7. Now you can release the cable and remove the keyboard. 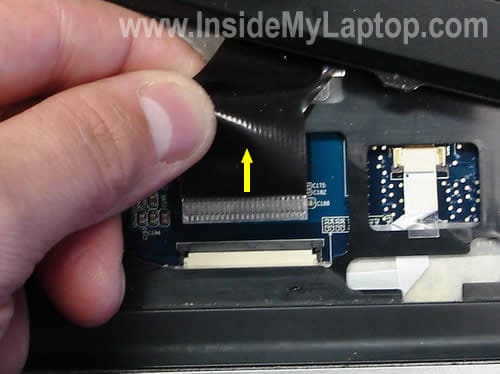