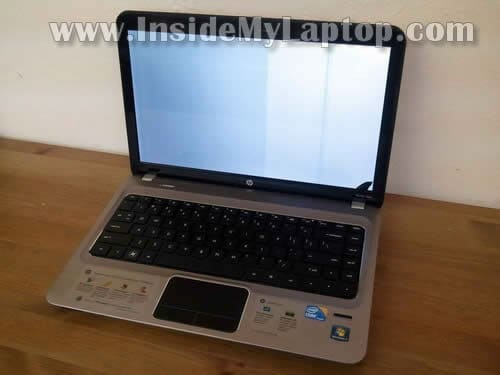 In this guide I explain how to disassemble a HP Pavilion dm4 laptop. 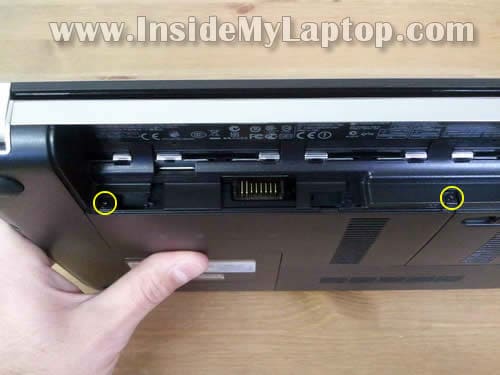 Slide and remove the memory cover. 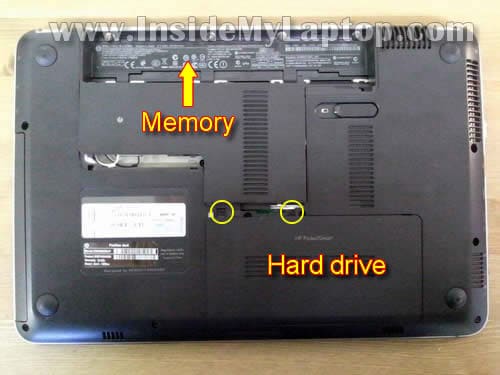 When all covers removed you’ll be able to access both memory modules, hard drive, CMOS battery and wireless card.

For the purpose of my guide it’s not necessary to remove memory modules, wireless card and CMOS battery. 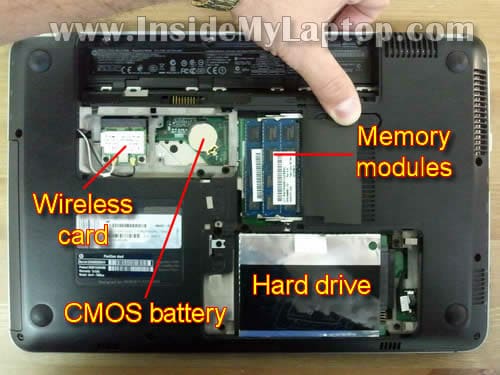 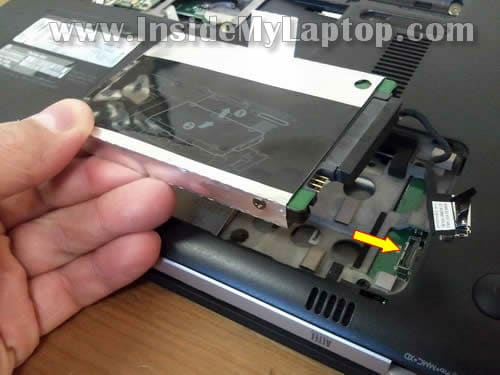 Again, we’ll leave the wireless card connected to the motherboard. 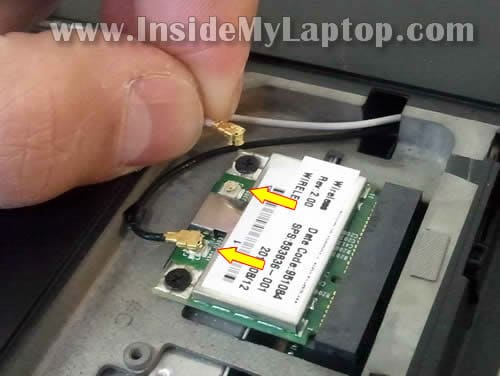 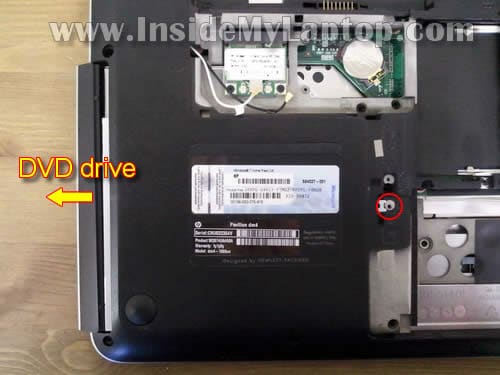 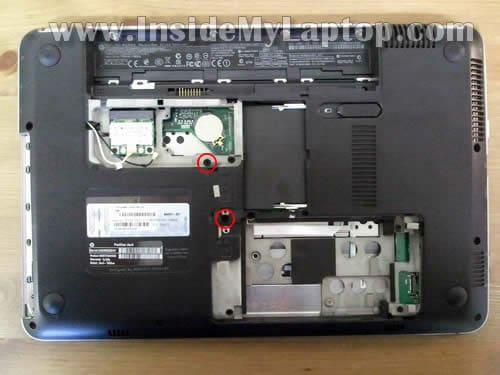 Here’s how I did it.

In the DVD drive compartment there is a hole and you can use it for removing the keyboard. 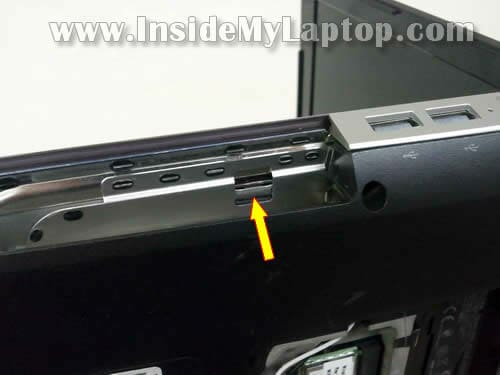 Very carefully push the keyboard through the hole in the DVD drive compartment. I’m using a thin plastic tool for that.

After the keyboard separates from the top cover you can continue removing it with your fingers.

To make it more complicated, HP glued the keyboard to the top cover with double sticky tape. 🙂 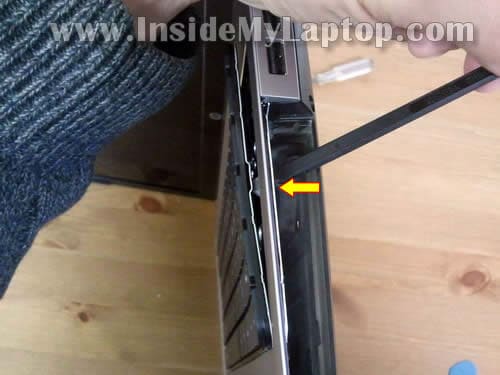 Continue separating the keyboard from the top cover. 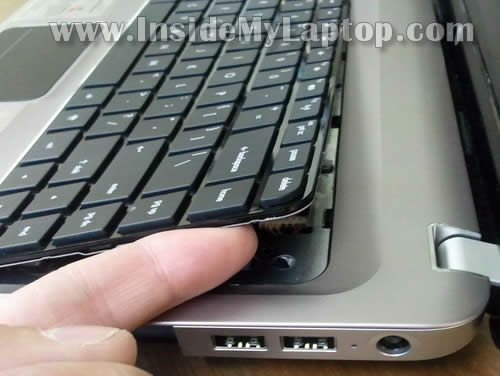 Finally, lift up the top side of the keyboard and flip it upside down on the palm rest. 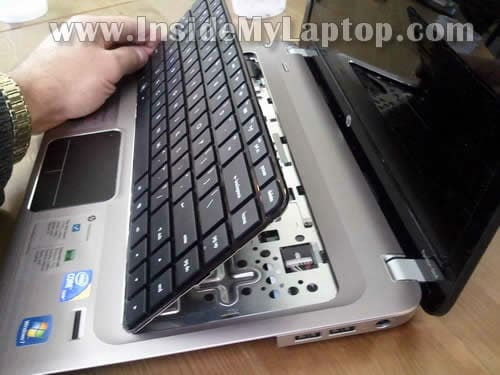 Now you can access the keyboard cable and disconnect it from the motherboard. 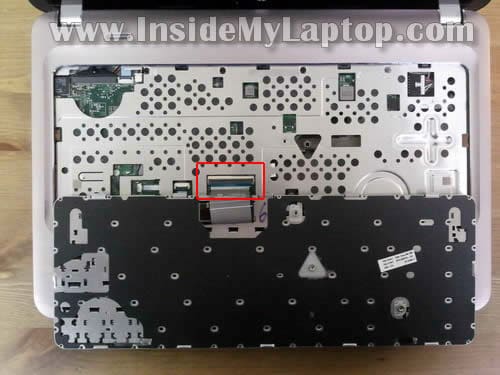 The keyboard connector opens up as it shown on the picture below.

Carefully open the brown tab at a 90 degree angle. Do not separate the locking tab from the white base. 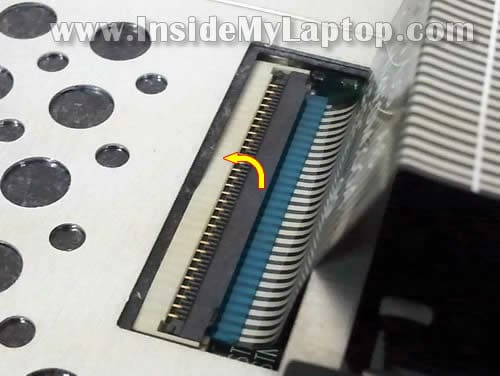 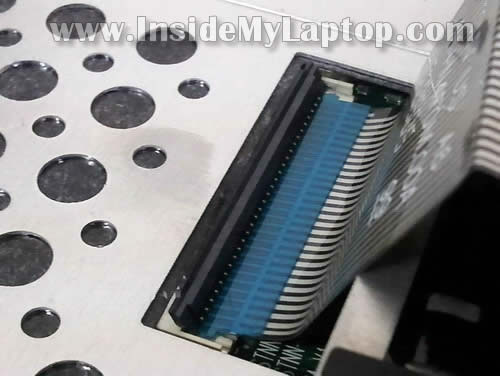 Now you can pull keyboard cable from the connector and remove the keyboard. 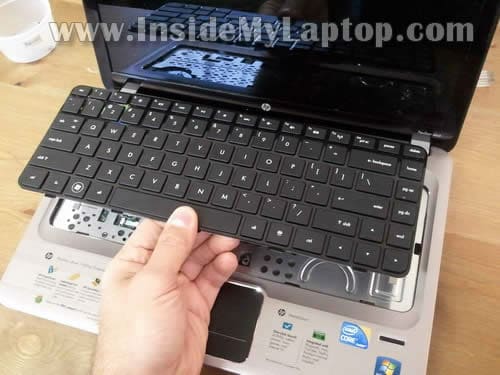 There are two screws hidden under base feet (green circles). 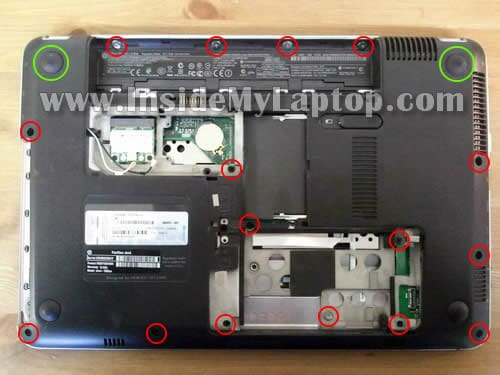 Remove the rubber foot with a sharp object and remove the screw. 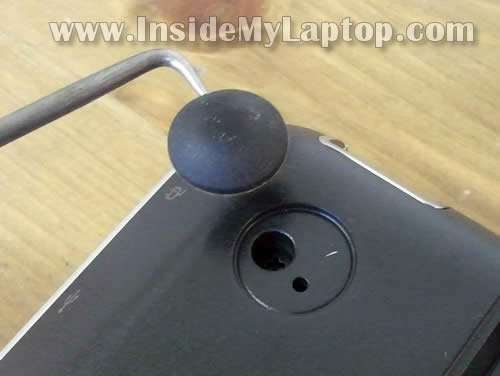 Disconnect three cables. Use same technique as in the step 12. 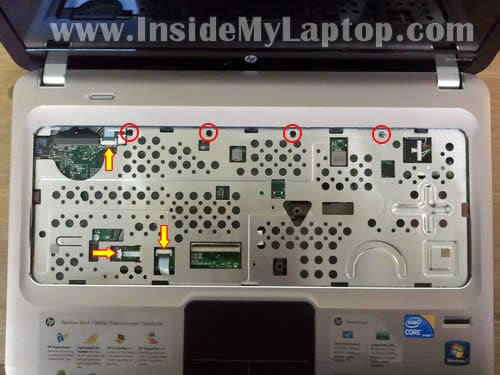 Carefully separate the top cover from the laptop base.

Continue removing cover with your fingers. 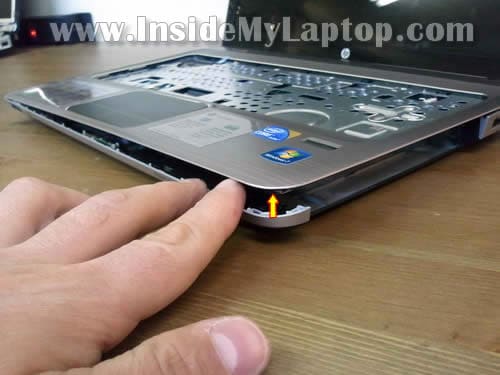 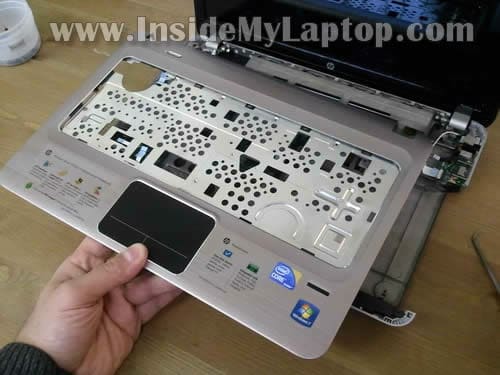 Here’s the opposite side of the top cover.

Here you can access and remove (if needed) the finger scanner and power button board. 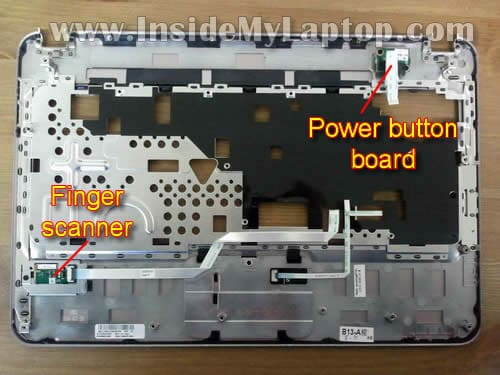 Pull both wireless antenna cables through the hole in the bottom cover. 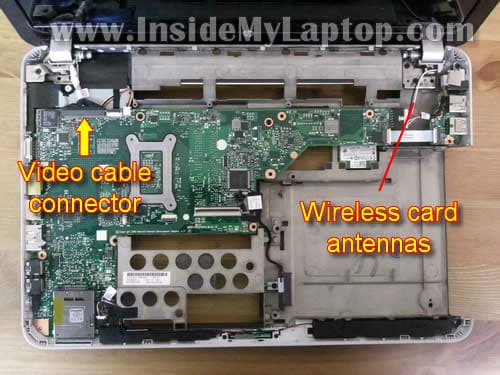 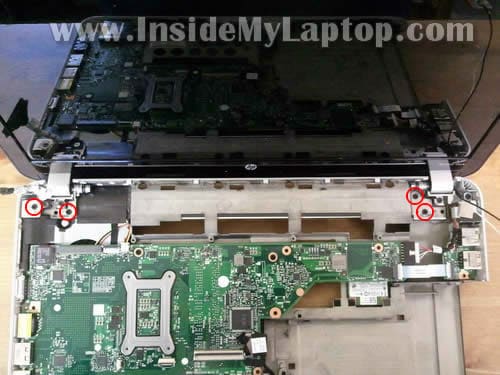 Now you can separate the display panel from the base.

The display panel is ready for the LCD screen replacement. 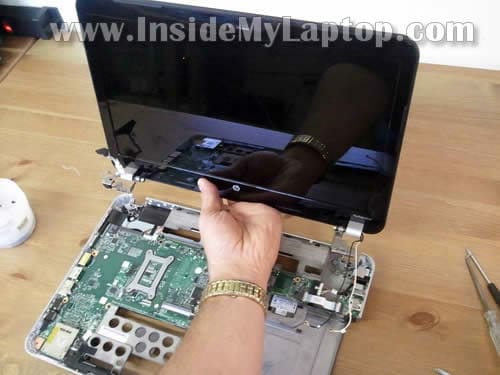 Here’s the laptop base with the display panel removed.

In a HP Pavilion dm4 laptop the DC power jack is not soldered to the motherboard. The jack is attached to a power harness.

If the DC power jack goes bad you simply unplug it from the motherboard and replace with a new DC jack. 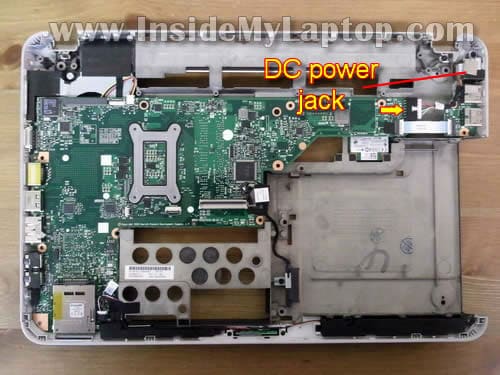