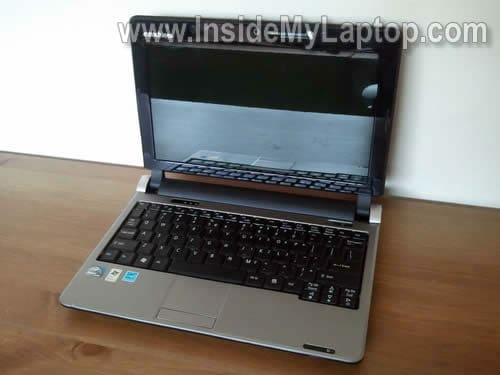 In this guide I’m taking apart an eMachines 250 netbook.

I’ll show how to remove the hard drive, memory and keyboard.

Before you start taking it apart, make sure the it’s turned off. 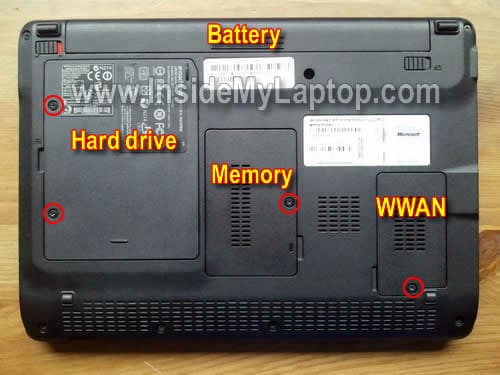 There is only one memory (RAM) slot.

In my case I didn’t have WWAN card installed. 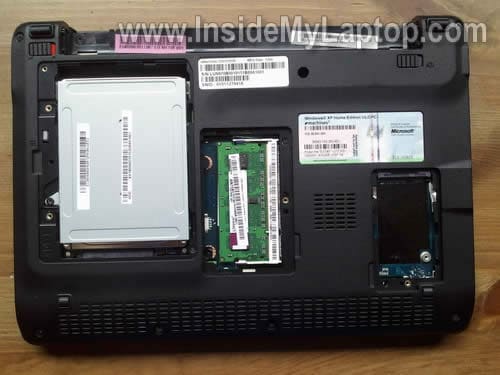 Remove one screws securing the HDD assembly to the laptop case. 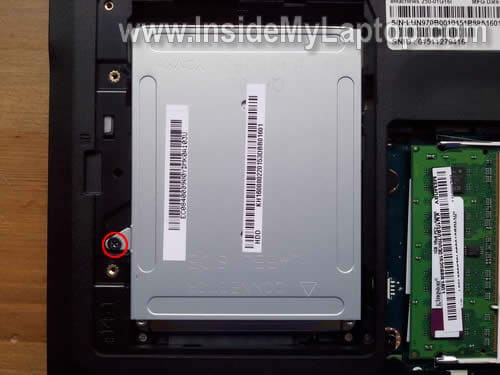 Slide the HDD bracket towards the battery bay to disconnect it from the motherboard. 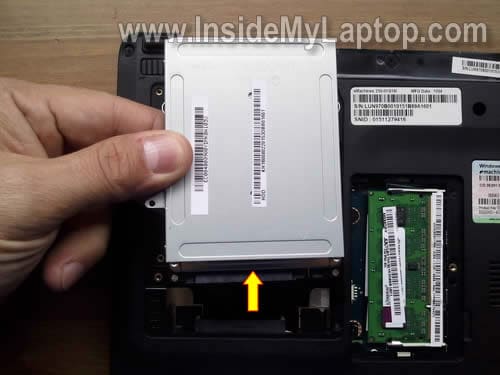 If you are replacing or upgrading the hard drive, you’ll have to transfer the mounting bracket (caddy) to the new drive.

Simply remove four screws securing the caddy (two from each side). 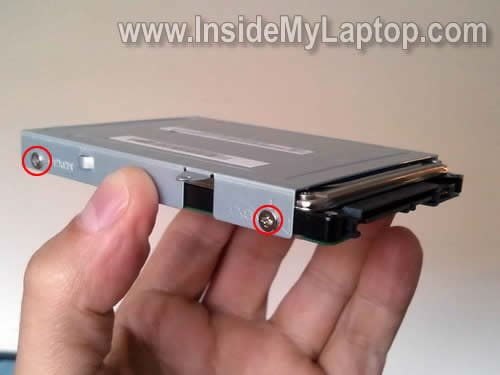 Spread latches on both sides of the memory slot and the memory module will pop up at a 30 degree angle.

Pull the memory module from the slot by the edges. 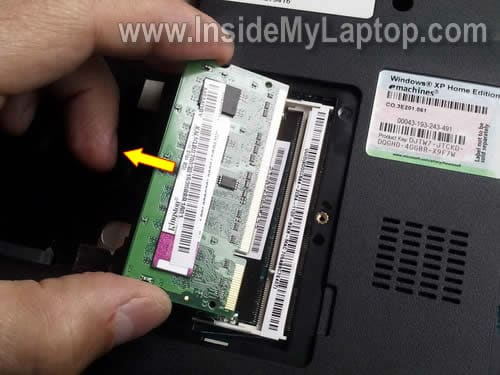 In the following steps I’m explaining how to remove the keyboard. It’s not necessary to go though all previous steps in order to remove it.

There are four knobs and one spring loaded latch securing the keyboard.

The spring loaded latch located above the F8 key. 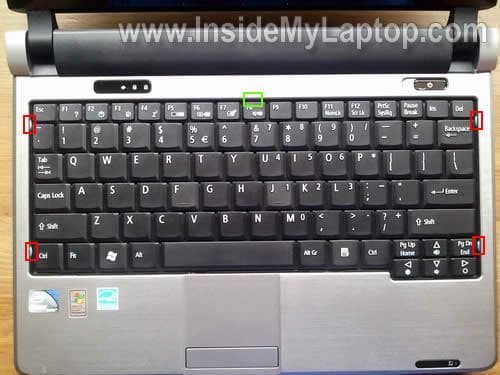 Insert a knife blade between the keyboard and top cover and lift up the left side of the keyboard.

Push it through small knobs on the left side. 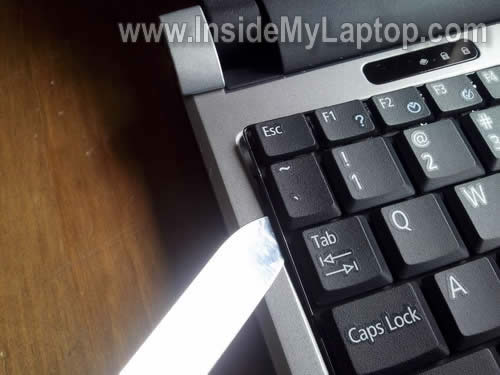 While lifting up the keyboard, push on the spring loaded latch with a sharp object. 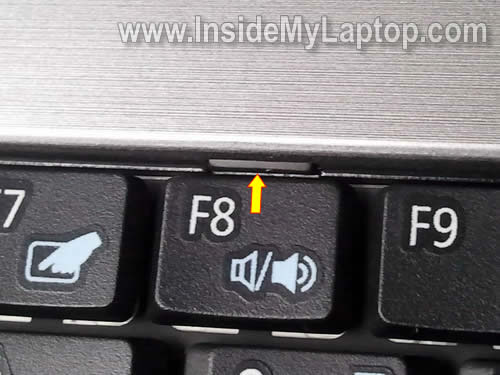 Lift up the keyboard. 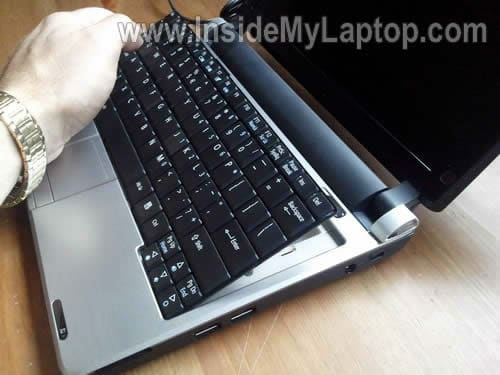 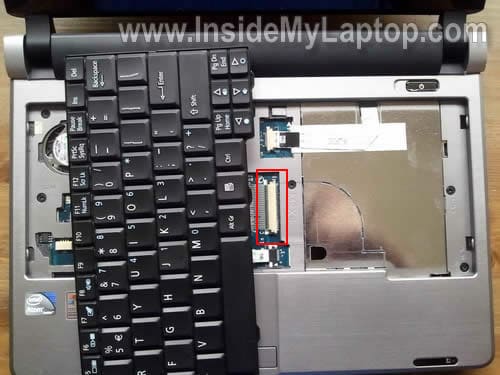 Before you can remove the cable, you’ll have to unlock the connector.

To unlock the connector, move the brown clip about 2 millimeters towards the LCD screen.

Works slowly. Do not apply too much force to the clip.

The brown clip must stay attached to the white base. 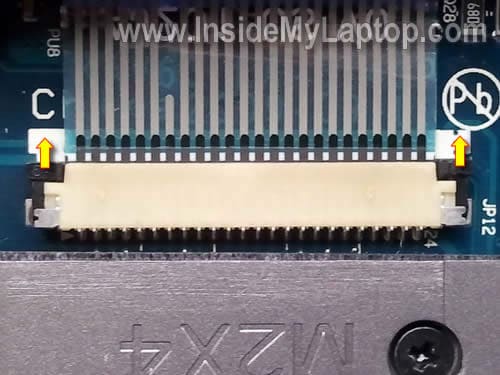 As you see, the brown clip still attached to the base.

Now you can remove the ribbon cable from the connector. 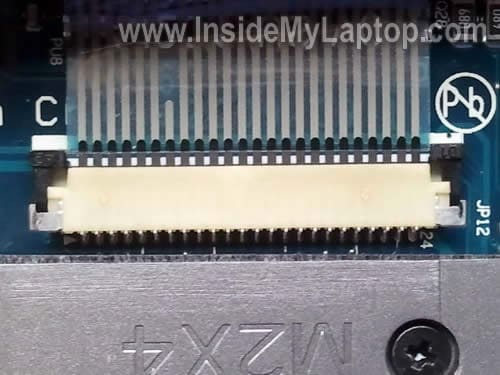 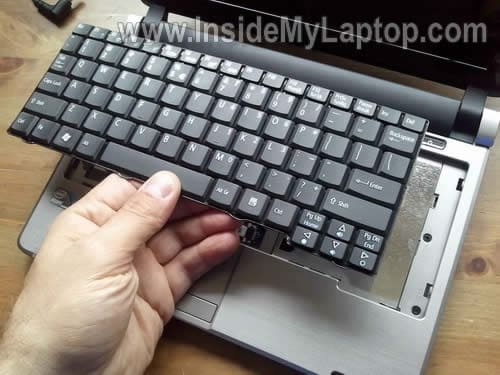 You’ll find the part number printed on the label. 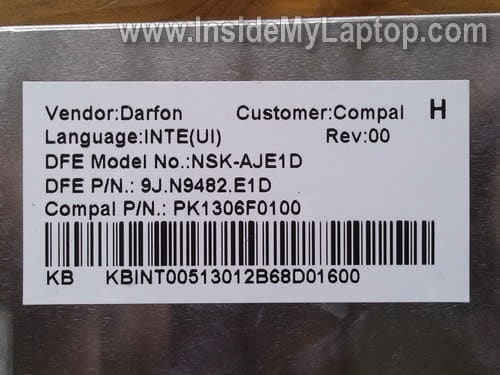 Here you get some limited access to the cooling fan. If the fan is dusty, you can blow it off using canned air.