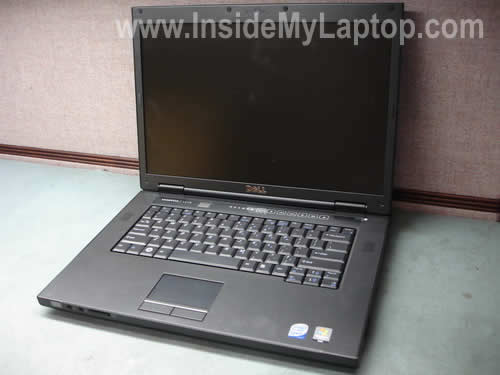 In the following guide I will take apart a Dell Vostro 1510 notebook.

You can use this guide for removing almost all internal components from the case.

I think these instructions might work for some other Dell Vostro models. If it work for you, please mention the model in the comments below.

Before you start the disassembly process do not forget to unplug the  power adapter and battery. 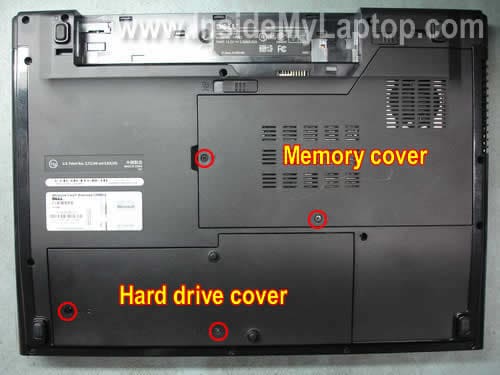 Pull the hard drive to the left and disconnect it from the motherboard. 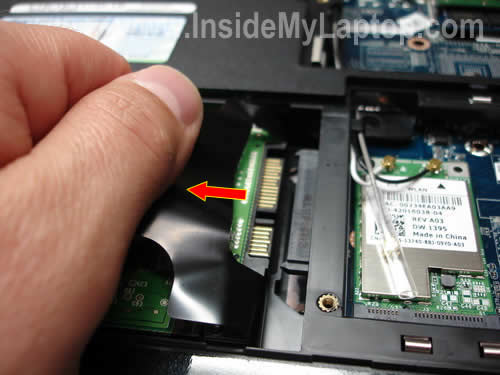 Any larger capacity 2.5″ SATA HDD should work just fine in this computer. 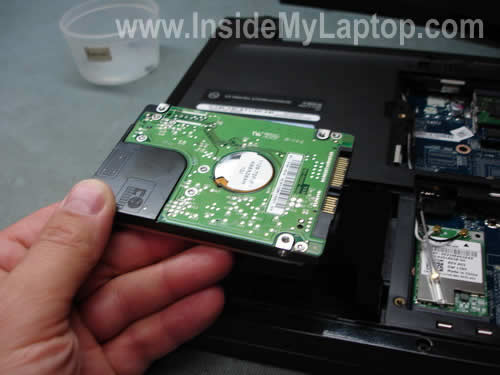 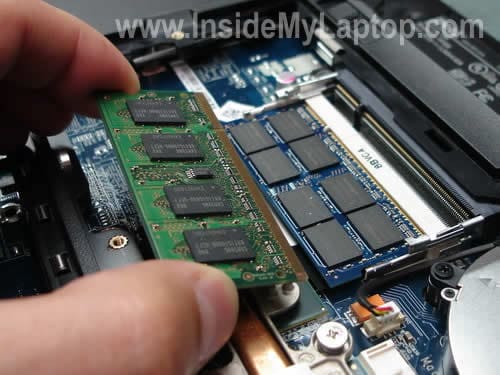 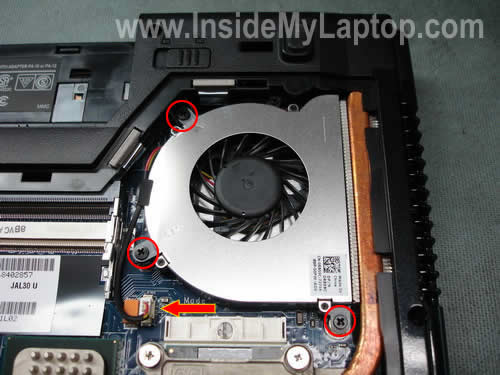 Remove and lift up the fan. 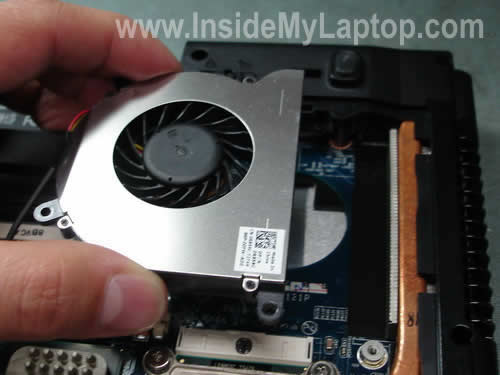 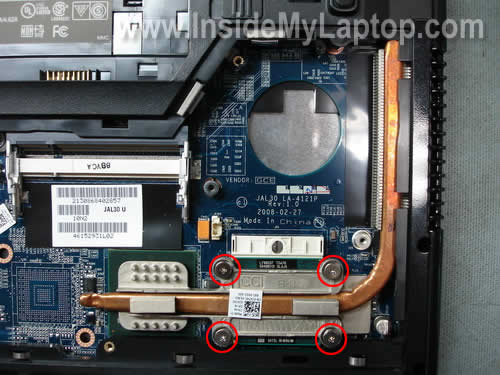 Carefully lift up and remove the heat sink. 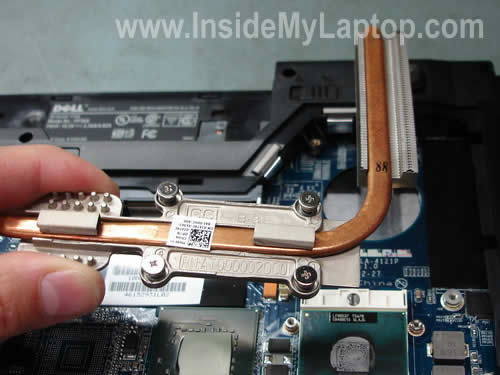 Remove one screw securing the wireless card and remove the card. 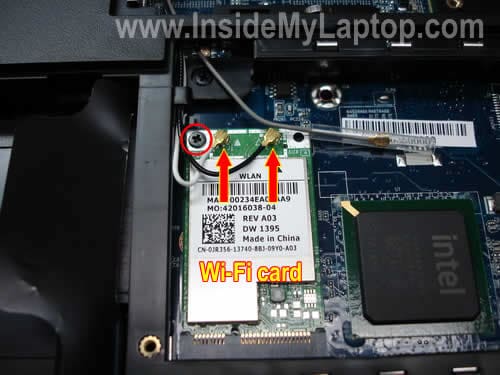 STEP 7.
Lift up the keyboard cover with a small screwdriver. 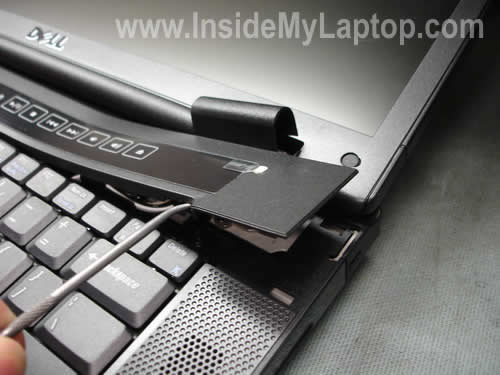 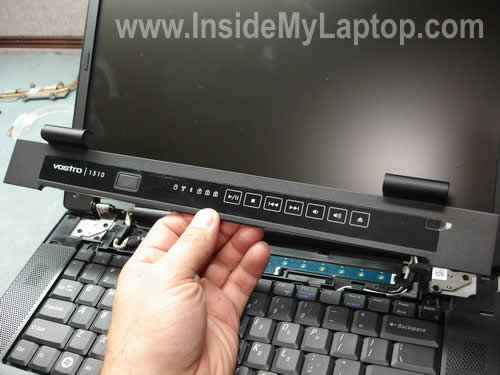 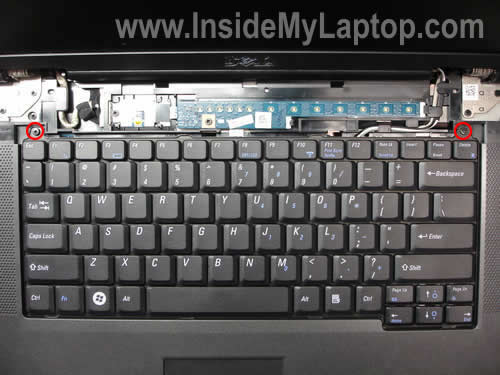 Lift up the keyboard so you can access the cable connector underneath. 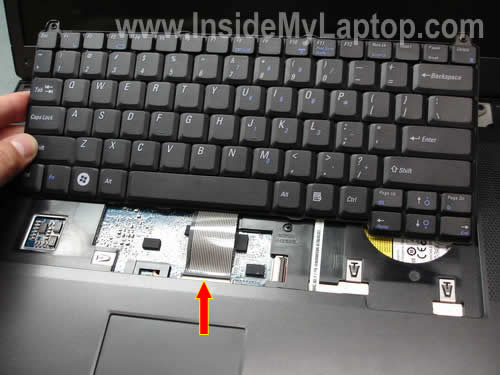 Very carefully unlock the connector and release the cable. 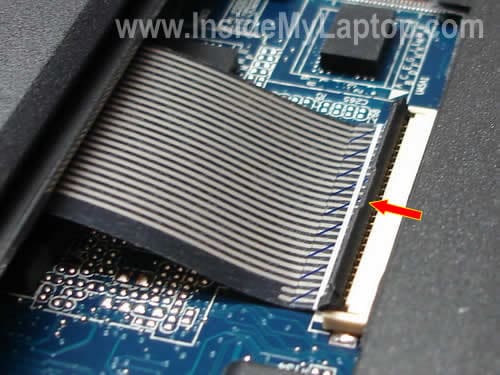 If you are replacing the keyboard, you don’t have to through steps 1-6.

Simply go though steps 7 and 8. 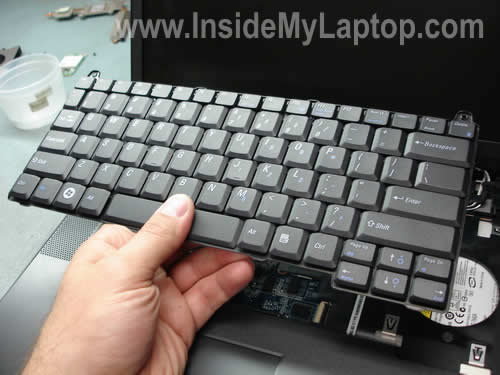 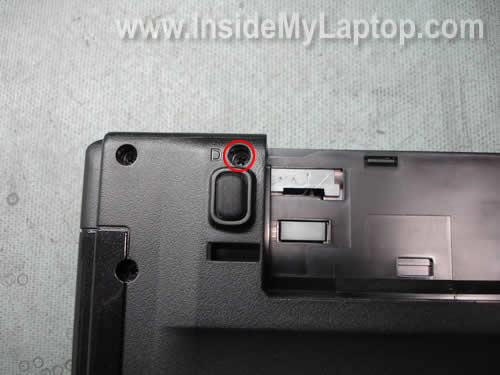 Disconnect the video cable from the motherboard.

Pull both wireless antenna cables through the opening in the top cover. 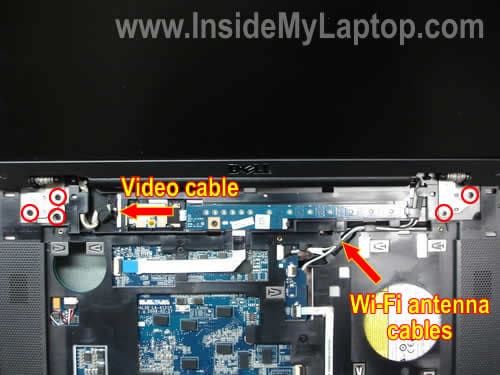 For screen removal procedure you can refer to Dell manual. 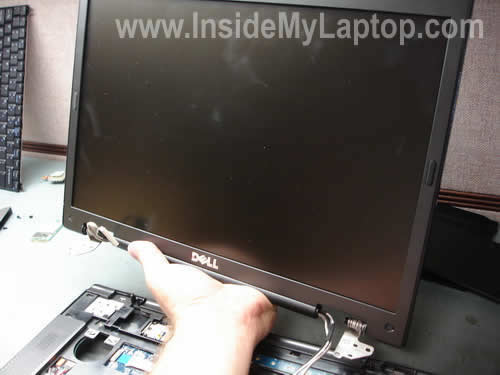 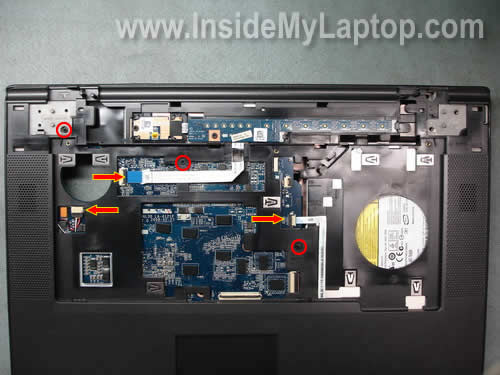 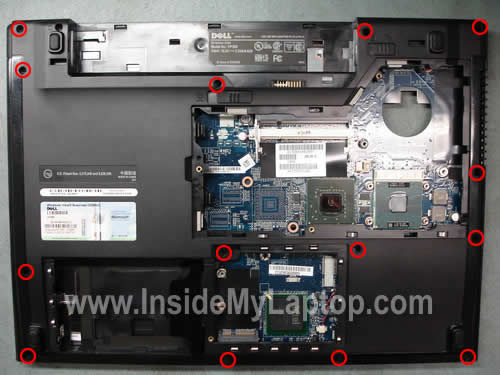 Start separating the top cover assembly from the base assembly. 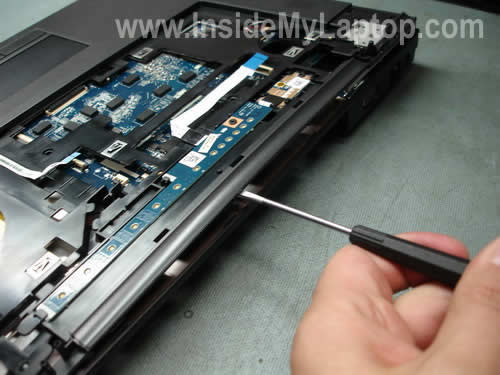 Continue separating the top cover assembly with your fingers. 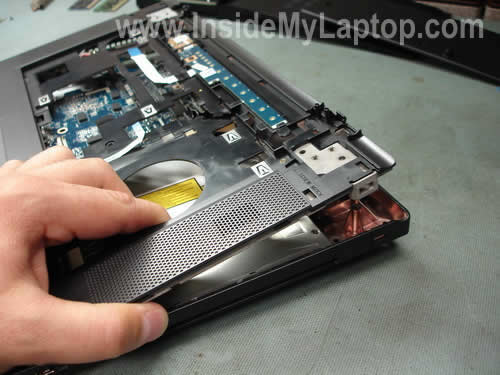 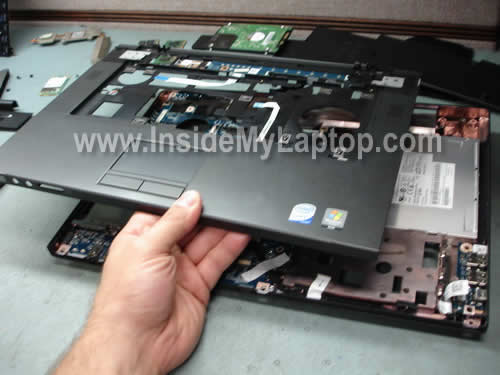 The CD/DVD drive is mounted inside the base and can be removed only after you remove the top cover.

Disconnect the CD/DVD drive cable from the connector on the motherboard. 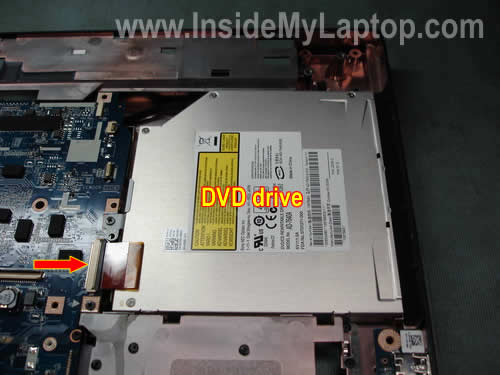 Lift up and remove the CD/DVD drive. 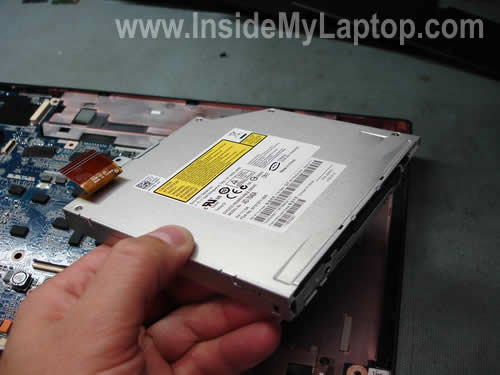 Unplug the USB board cable from the motherboard. 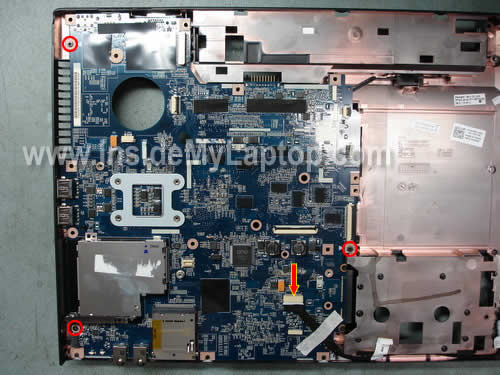 Lift up the motherboard as it shown on the picture below. 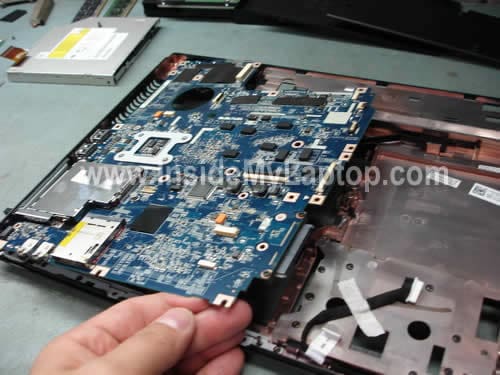 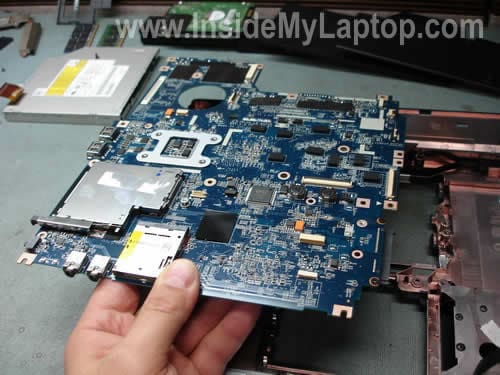 The processor (CPU) is locked in the socket. In order to remove the processor, you’ll have to unlock the socket first.

There is a small screw on the side of the socket. This screw locks/unlocks the socket. 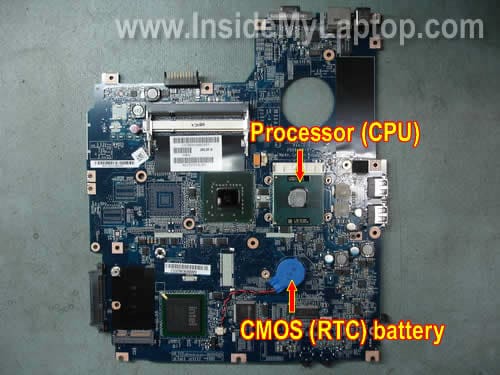 In this notebook the CMOS (RTC) battery is replaciable.

You can unlug the old CMOS battery from the motherboard and replace it with a new one.