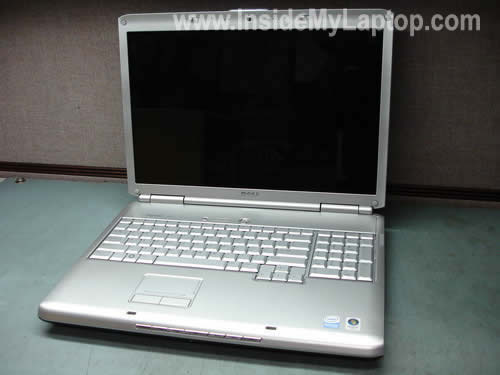 First of all, turn off the computer, unplug AC power adapter and remove the battery.

Remove Wi-Fi, memory and hard drive covers from the bottom. 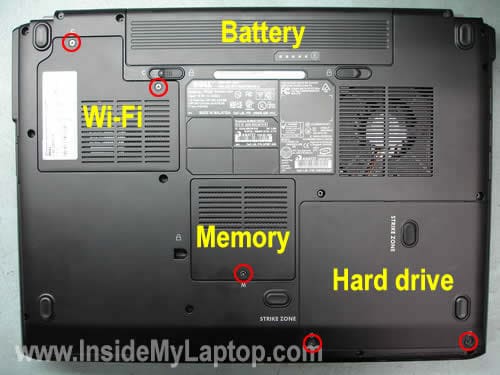 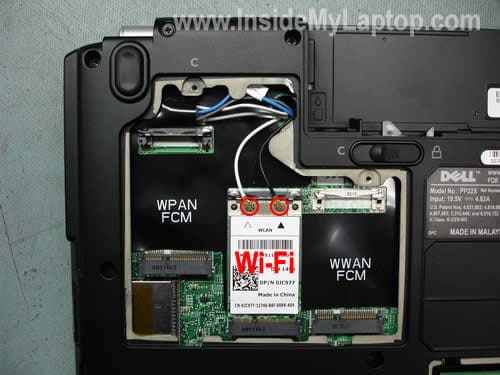 Spread latches on both sides of the memory slot and carefully pull the memory module from the slot.

You can access only one memory slot from the bottom. The second slot is located under the keyboard.

As you see, Dell Inspiron 1720 can handle two hard drives. You can increase the storage space by installing a second hard drive.

The BIOS (CRT) battery is located close to the RAM slot. By the way, disconnecting the battery will not clear the BIOS password, don’t even try. 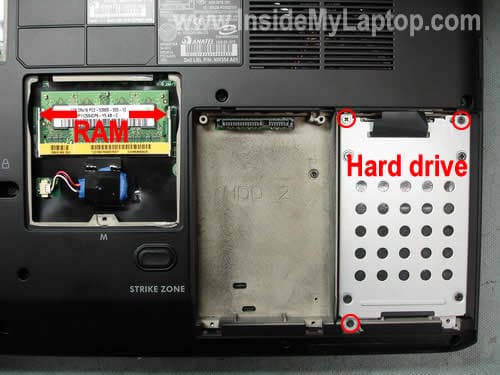 Now I’m going to remove the CD/DVD optical drive. Remove one screw securing the CD/DVD drive to the bottom case.

Carefully pull the CD/DVD drive out and remove it. 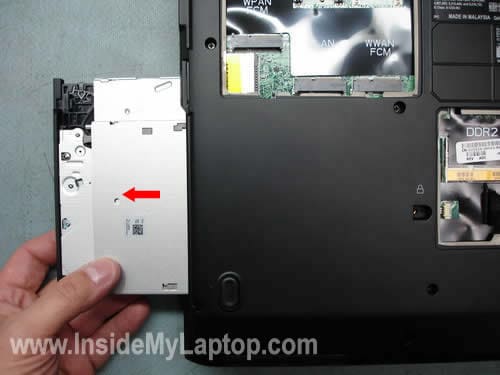 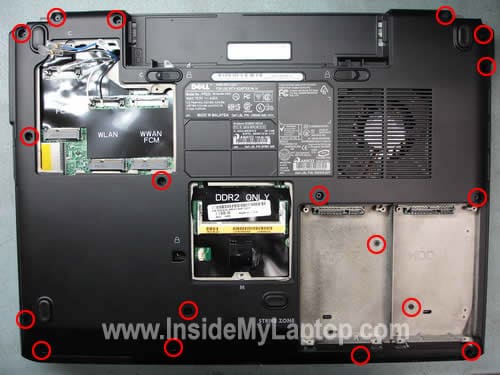 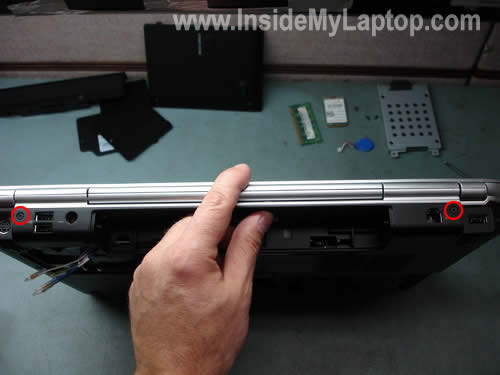 In the following four steps I explain how to remove the laptop keyboard.

If you are replacing the keyboard, you can skip all previous steps.

Lift up the hinge cover with a flathead screwdriver. Remove the cover. 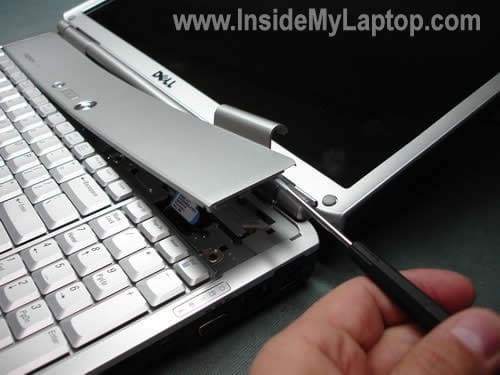 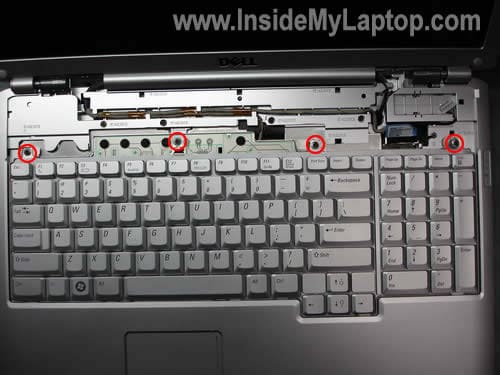 Slide the keyboard to the direction shown by the red arrow. 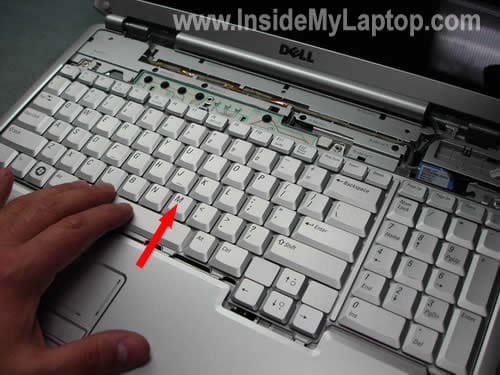 Lift up and remove the keyboard. Now you can replace it with a new one if necessary.

As you see on the picture below, it doesn’t have a flat ribbon cable. The connector is a part of the keyboard frame. 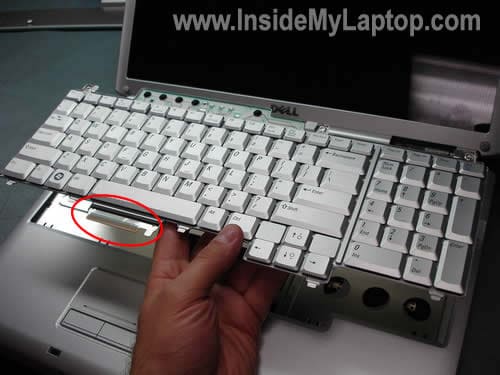 Unplug two LCD cables from the motherboard and remove one screw securing the grounding cable. 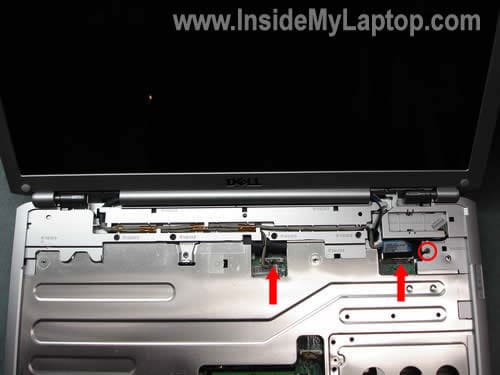 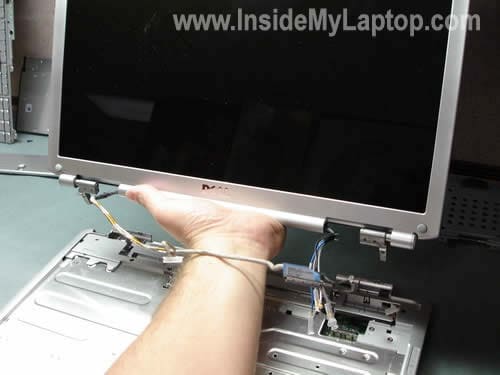 As I mentioned before, the second RAM slot can be accessed when you remove the keyboard. 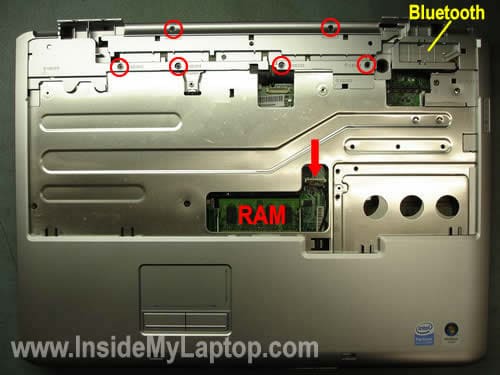 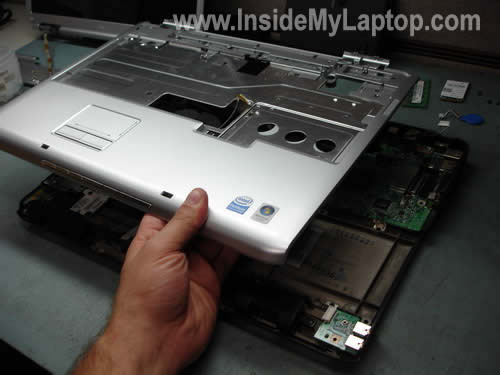 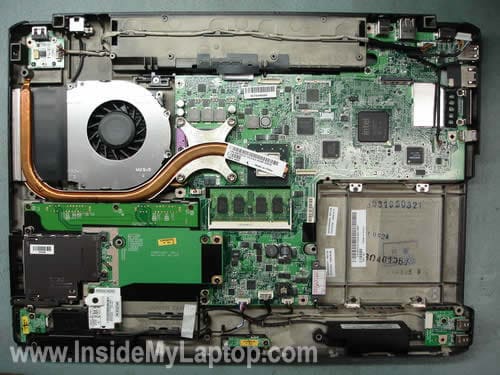 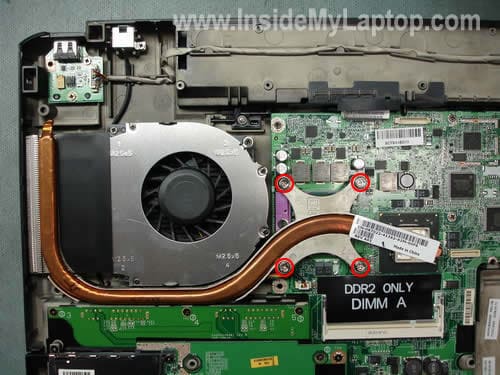 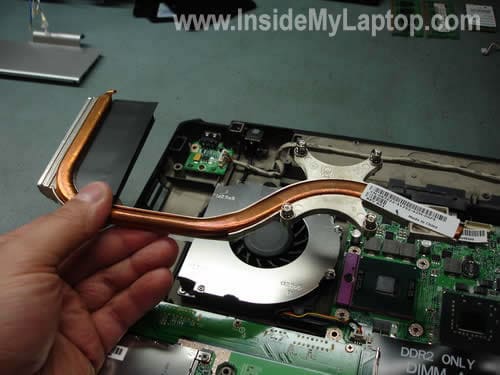 Remove four screws securing the cooling fan. Unplug the fan cable from the system board. Remove the fan. 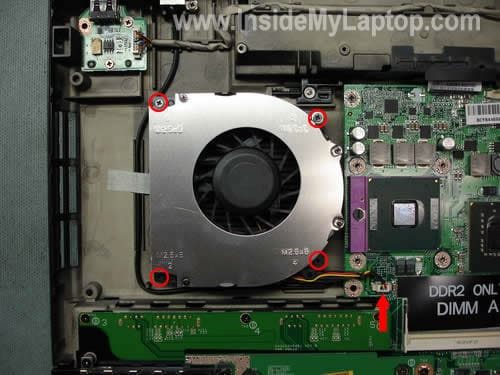 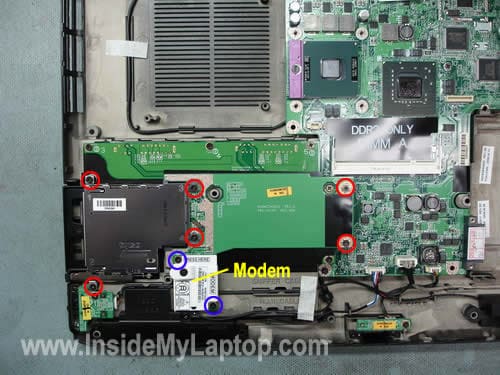 Remove the PCMCIA slot board. 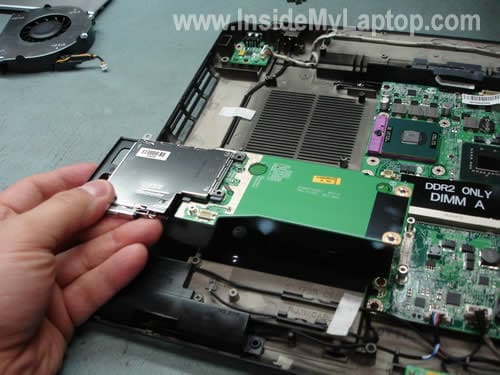 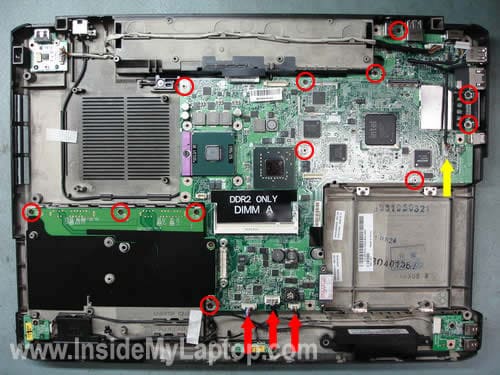 Start removing the system board from the left side. 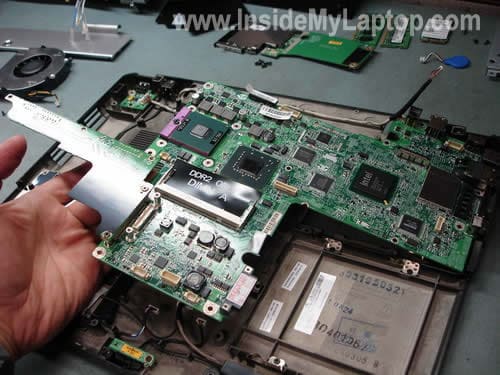 The system board has been removed. 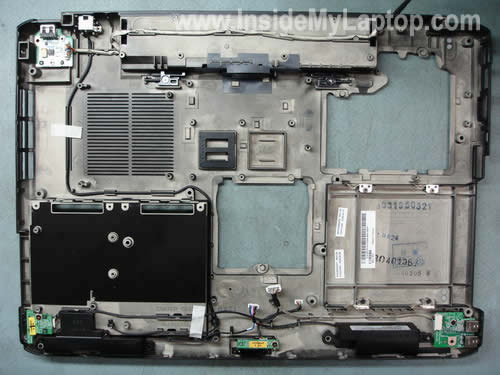 In order to remove the CPU, you’ll have to unlock the CPU socket first. Turn the screw into the “Unlocked” position. Carefully lift up the CPU from the socket. 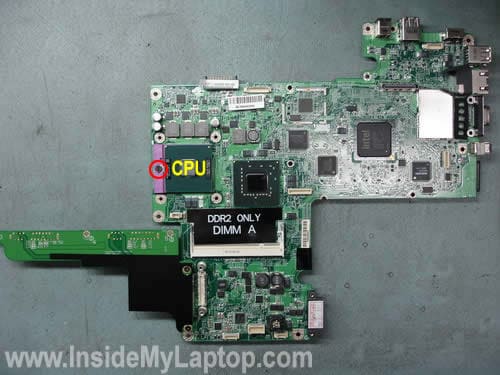 If you are replacing the system board, you’ll have to transfer the hard drive connector board to the new system board. 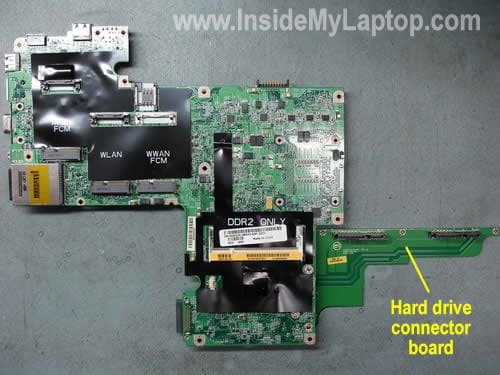