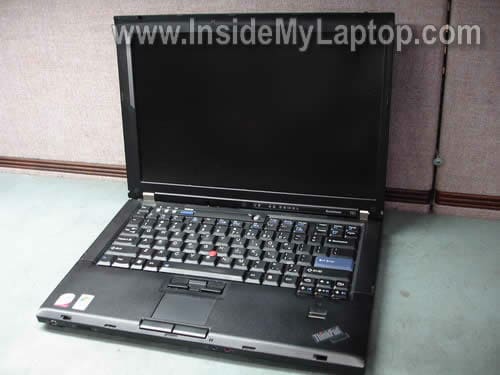 In this post I explain how to replace a noisy or failed cooling fan in a Lenovo ThinkPad T61 laptop.

This guide might work for some other Lenovo ThinkPad models.

Turn off the computer, unplug the AC adapter and remove the battery. 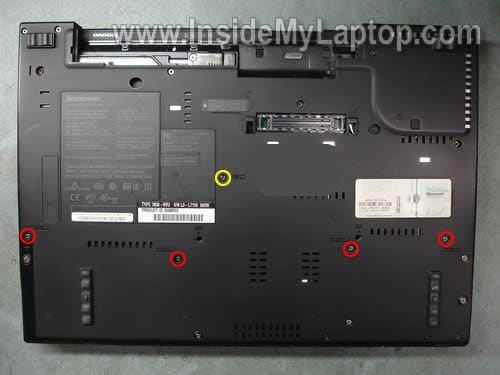 Lift up the palm rest. 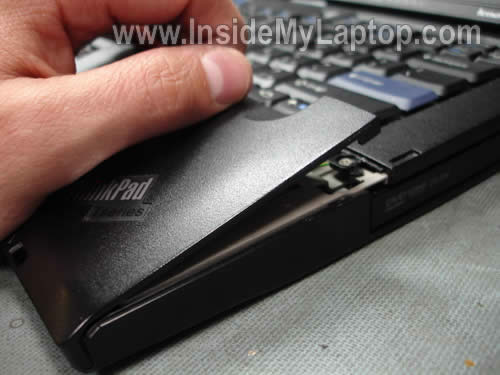 Place the palm rest upside down so you can access the touch pad cable underneath. 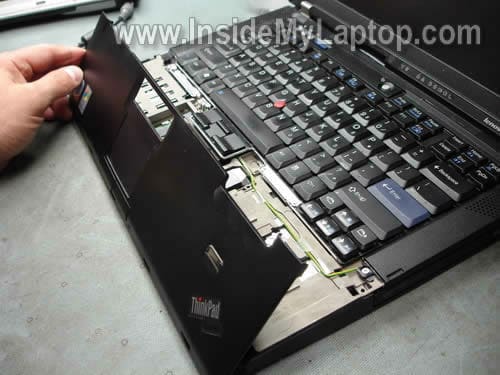 By the way, both memory modules are located under the palm rest. If you are replacing or upgrading RAM modules, you don’t have to follow the guide any further. 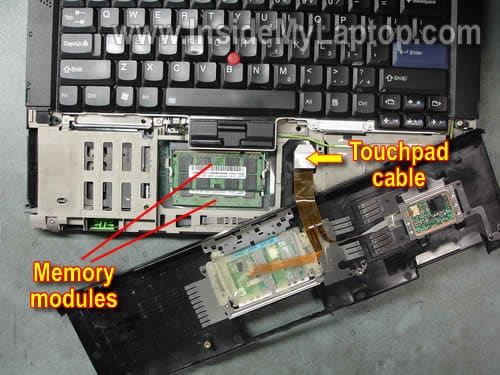 Lift up the keyboard and place it upside down. 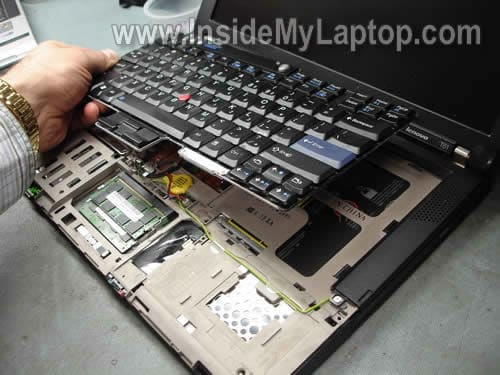 Disconnect the keyboard cable from the motherboard. 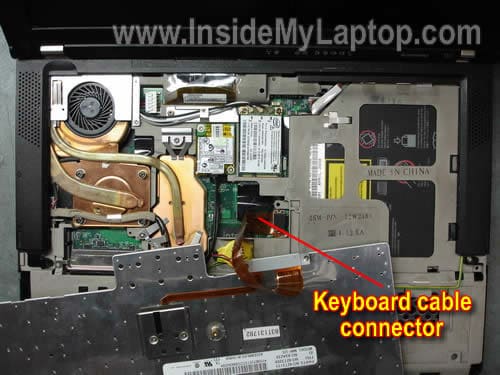 In order to disconnect the cable simply lift up the the connector, same way you disconnected the touch pad cable. 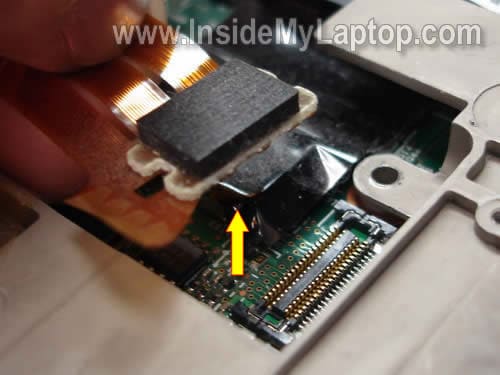 If you are replacing the keyboard, you don’t have to follow this guide any further.

You can find a new replacement keyboard by the Lenovo FRU part number printed on the label. In my case it is 42T3209. 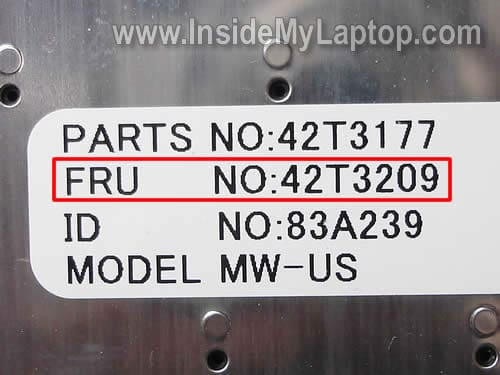 By the way, the CMOS battery is located under the keyboard. 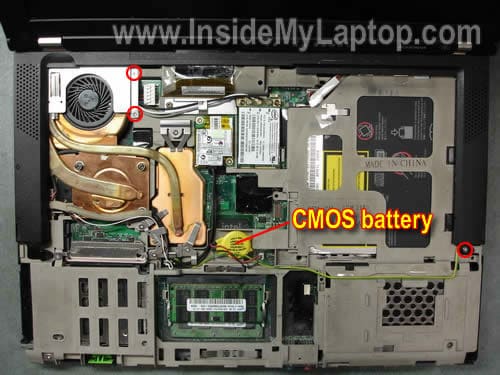 Remove two screws securing the speaker cover on the bottom. 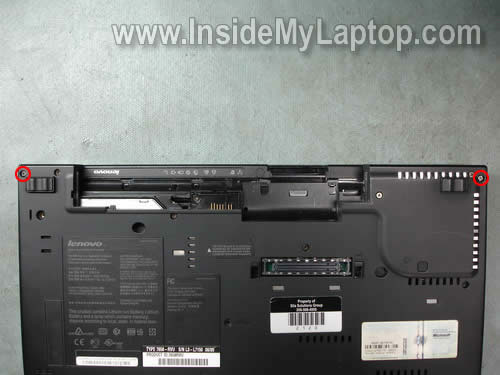 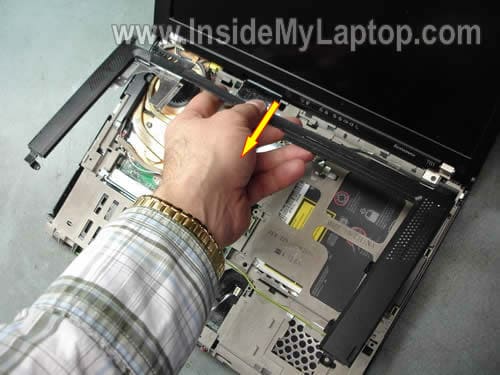 I would recommend taking a close up picture of the lower bracket, so you know how the wires are routed.

The picture will help you to rout wires correctly when you assemble it back together. 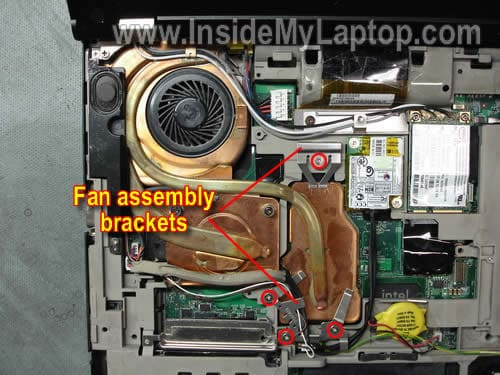 Move the left speaker with cables to the right side, so you can access get to the cooling assembly. 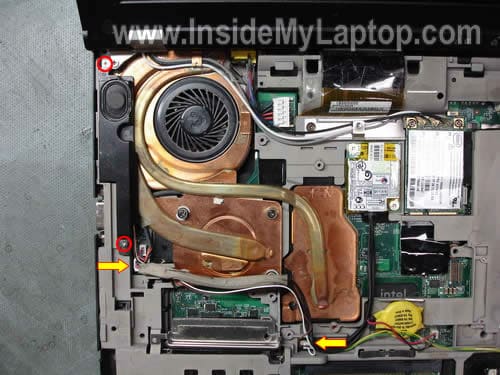 Disconnect the fan cable from the motherboard. 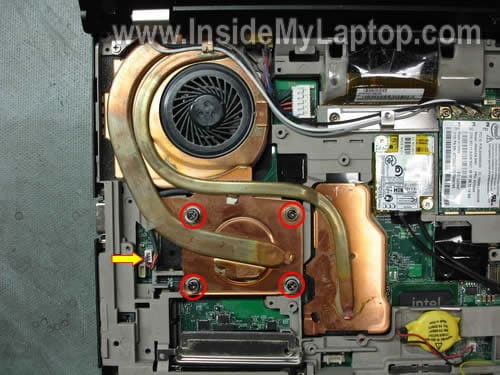 Lift up the heat sink as it shown on the picture below. 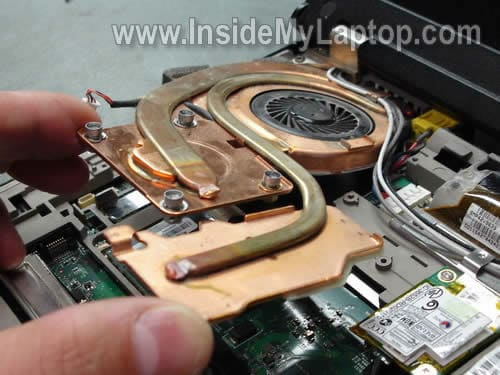 Remove the cooling assembly from the motherboard. 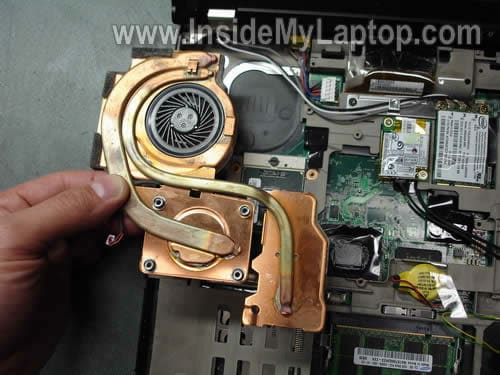 If you are installing a brand new cooling assembly most likely the heat sink already has thermal grease pre-applied.

If you are installing a used assembly, you’ll have to apply thermal grease on both chips shown below. 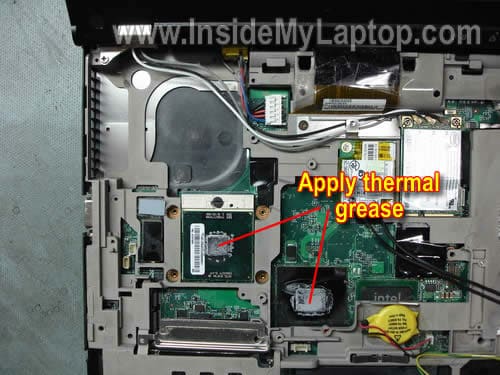 You can search for a replacement assembly using Lenovo FRU part number. 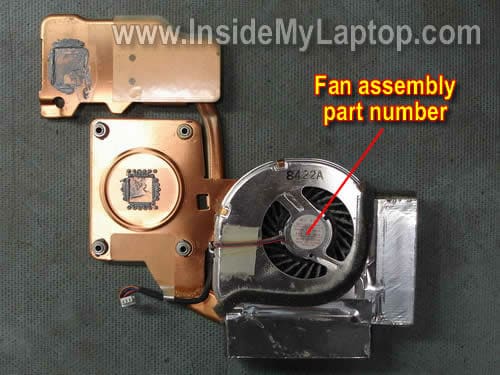 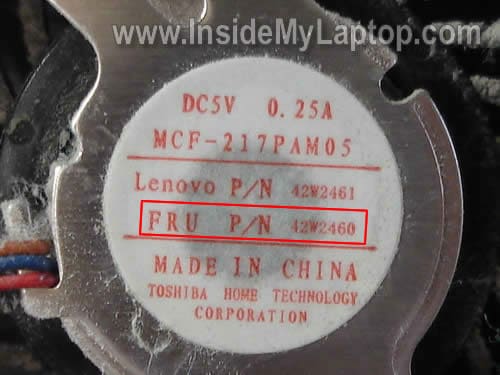 It’s possible to separate the fan from the heat and replace it separately as I did in this guide.