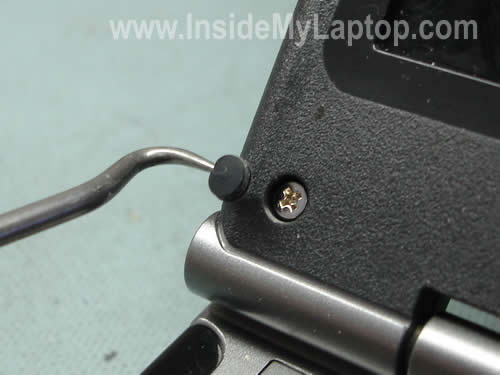 In this guide I will remove a broken LCD screen from a Gateway MT6704 (Model MA7) laptop and replace it with a new one.

As I mentioned in my previous article, where I was replacing the keyboard, this guide will work for many other Gateway MT6700 models.

Before you start, turn off the computer, unplug the power adapter and remove the battery.

Remove all seals with a sharp object (picture above) and also remove all six screws found under the seals. 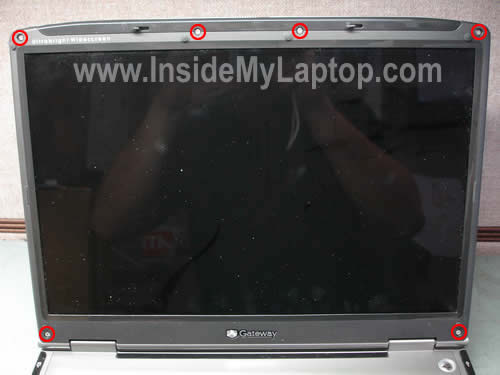 Start separating the bezel from the display cover with your fingers. A piece of soft plastic (I’m using a guitar pick) will help you to separate two parts without breaking them. 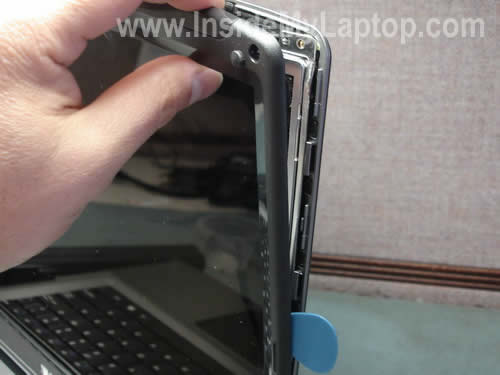 Continue removing the bezel on the top of the display assembly. 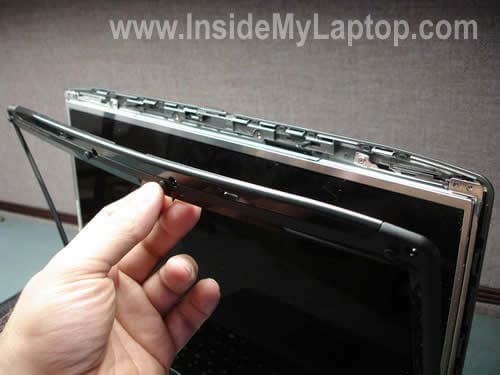 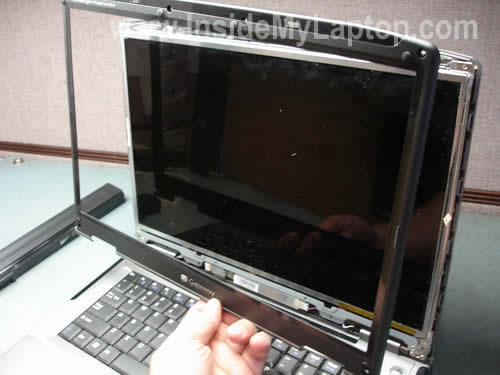 As you see on the picture below, a part of the inverter is covered by the LCD support bracket.

This bracket has to be removed first.

Remove two screws securing the support bracket and after that remove it. 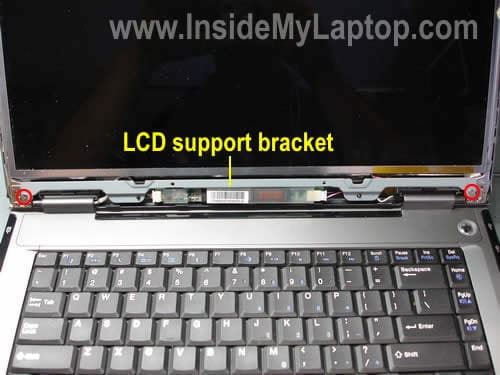 Now you can access the inverter board which is glued to the display cover. Remove it with a caution.

I will not be removing the inverter in this guide, it’s not necessary for replacing the screen. But I have to unplug one cable on the right side of the board.

This cable goes to the backlight lamp inside the screen. 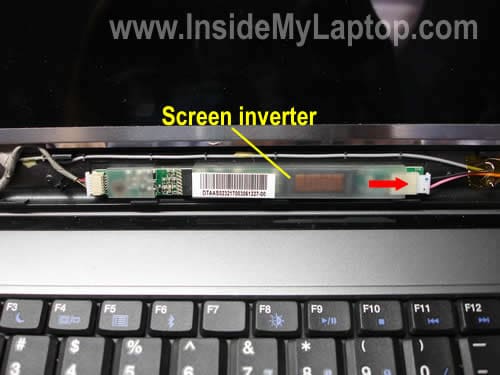 Carefully separate the LCD panel from the cover and place it the front side down on the keyboard. 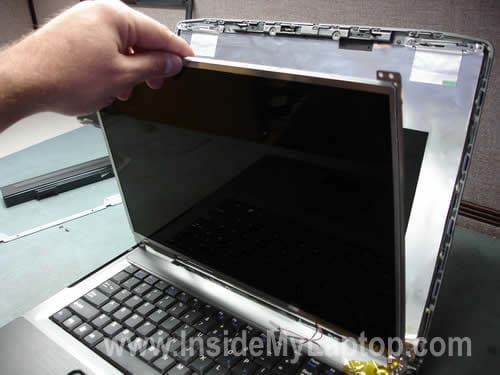 Now you can access the video cable on the back. 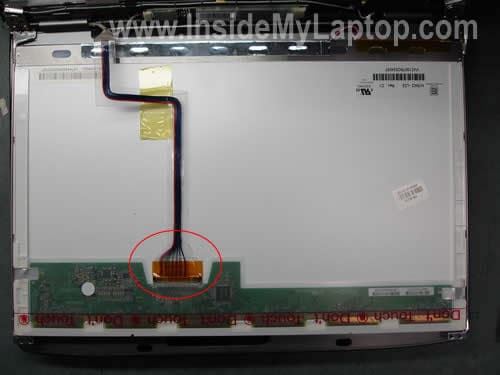 The video cable connector is secured by clear tape.

Remove the tape and unplug the video cable.

Now you can remove the screen. As you see, the mounting brackets are still attached to both sides. 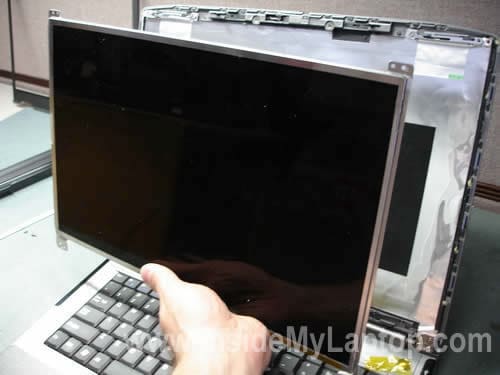 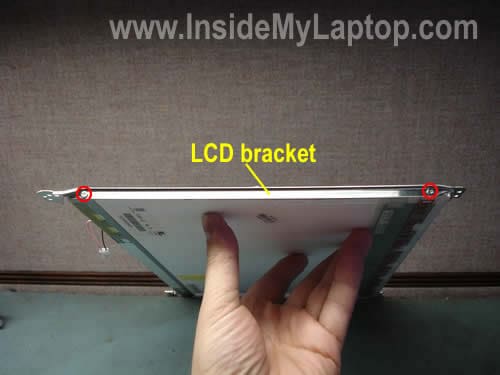 Remove one more bracket from the other side. 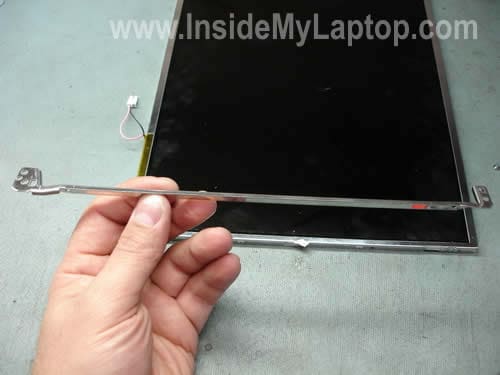 I found a sticker on the back side of the screen. Apparently, the number above the barcode is the part number used by Gateway.

I was able to find a new replacement screen using this part number. 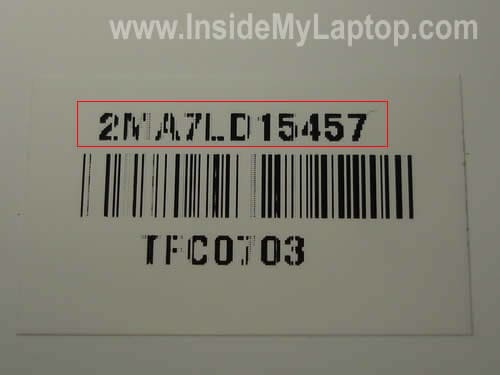 The broken LCD has been removed and I’m ready to install a new one. 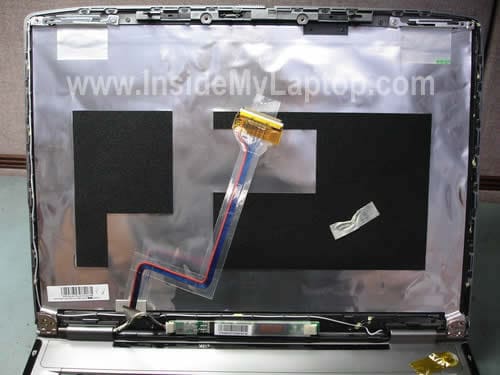 For complete laptop disassembly instructions please take a look at this guide. It’s a different Gateway model but the body is very similar.