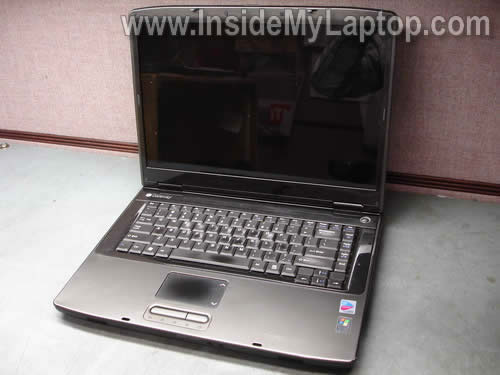 In this guide I explain how to disassemble a Gateway MX (Model #MA2A) series laptop. To be precise, I’m taking apart a Gateway MX6650 model.

The main purpose of this repair is replacing the base cover.

In my case a piece of the base assembly where the right hinge connected broke off.

Let’s go through the disassembly process step by step. Before you start, turn off the computer, disconnect the AC adapter and remove the battery.

There is one screw on the bottom (pink) securing the keyboard. You can remove this screw now or in the step 8. 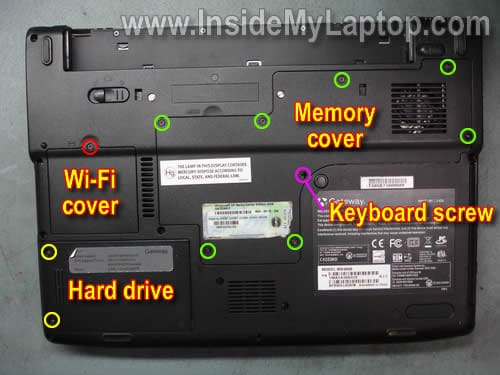 Slide the whole hard drive assembly to the left to disconnect it from the motherboard.

Lift up and remove the HDD assembly. 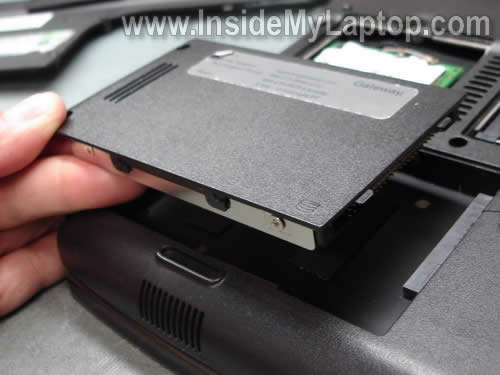 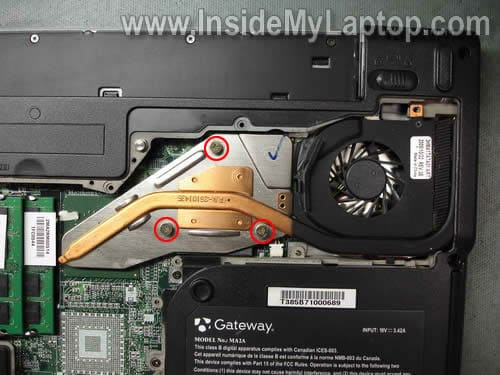 Carefully lift up the heat sink assembly and disconnect the cooling fan cable from the motherboard. 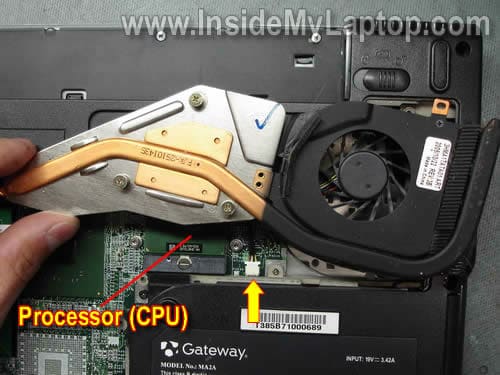 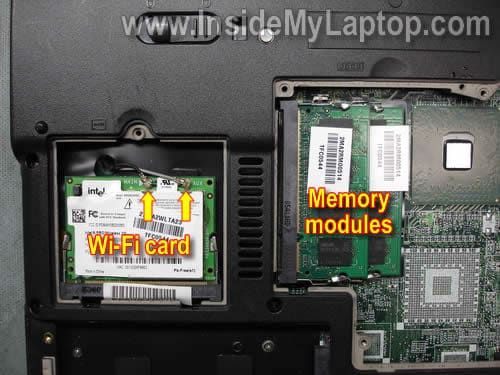 You remove the wireless card same way as the memory module. 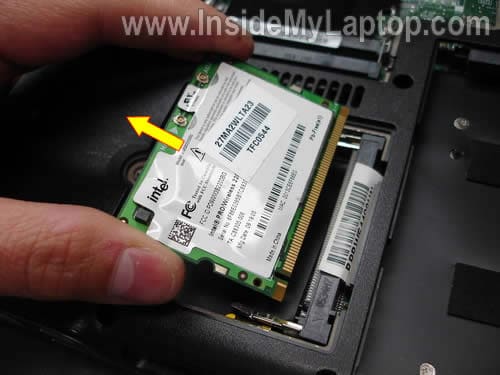 Pull the CD/DVD drive to the right and remove it. 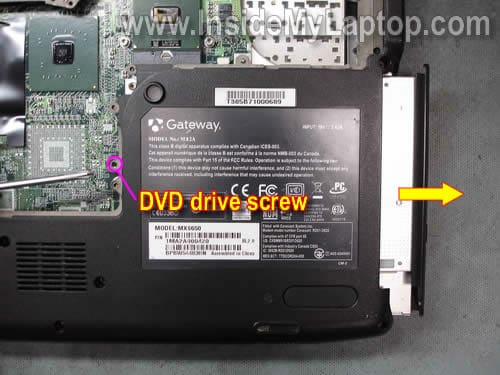 Remove all screws from the bottom of the laptop base.

Do not forget two screws (yellow) located in the CD/DVD drive compartment. 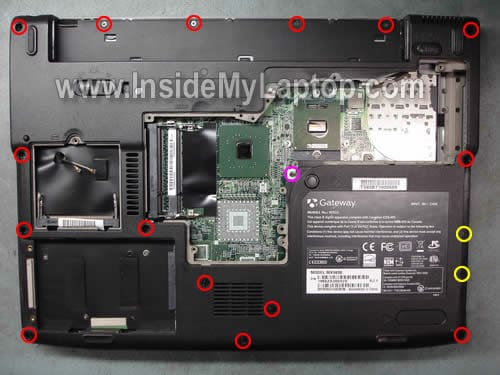 Remove two screws from the back side of the power switch cover. 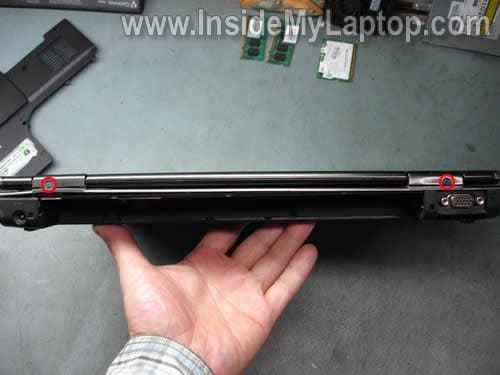 Carefully lift up the power switch cover with a screwdriver. 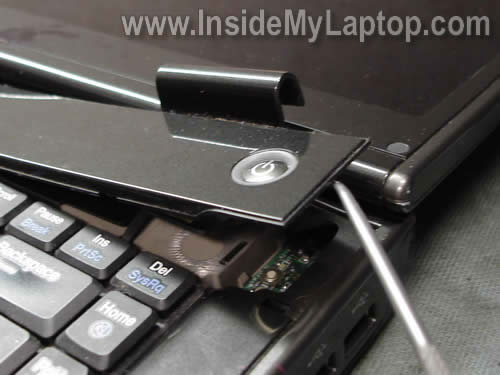 The power switch cover has been removed. 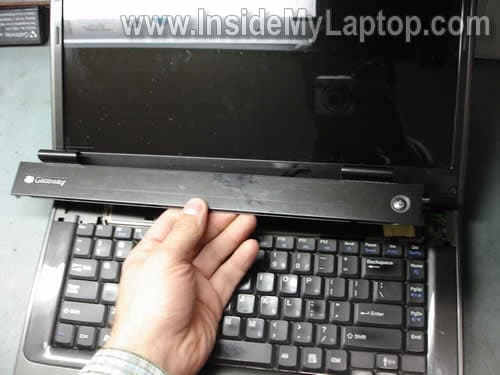 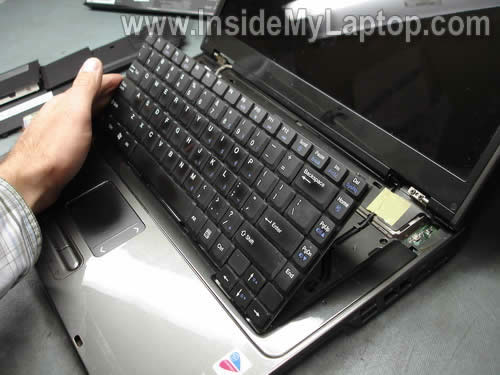 Now you can unlock the keyboard cable connector.

After the connector is unlocked, you can pull the cable and remove the keyboard. 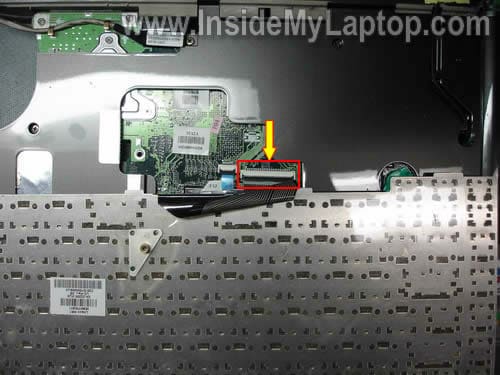 Disconnect the LCD cable connector from the motherboard.

Pull the wireless card antenna cables through the opening in the top cover. 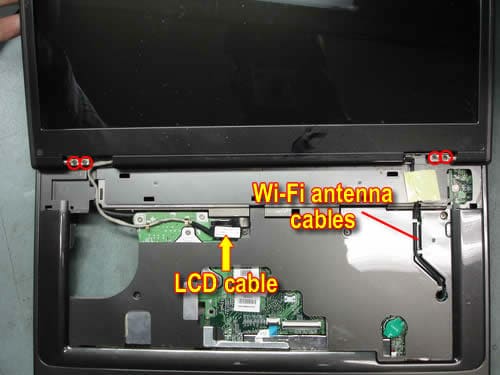 Remove the display panel assembly from the laptop.

Here’s how to remove the screen.

It’s not necessary to separate the display assembly from the base in order to replace the screen. 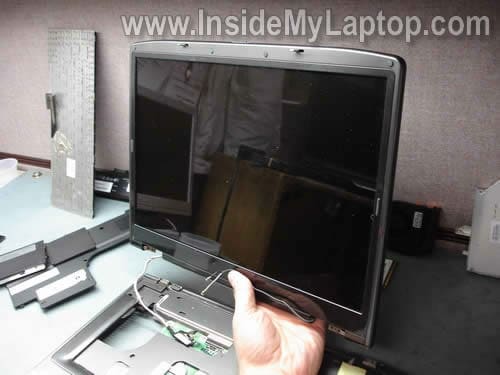 The CMOS battery can be accessed and replaced in this step. 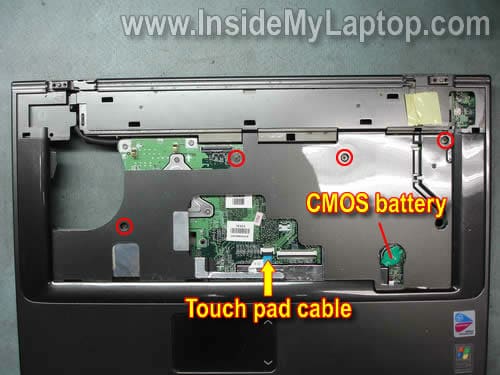 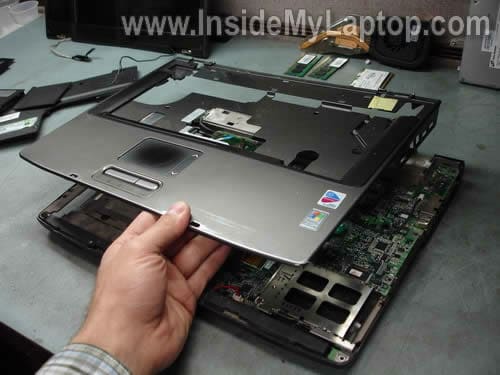 Disconnect the speaker cable from the motherboard. 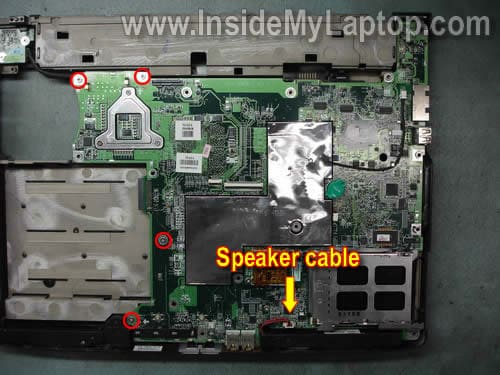 Carefully lift up the motherboard and disconnect the VGA board cable from the other side. 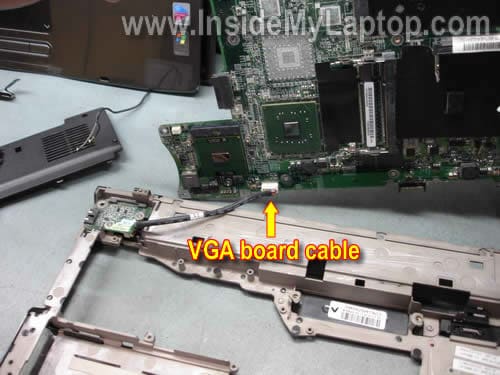 There is nothing on this side of the motherboard except the CMOS battery. 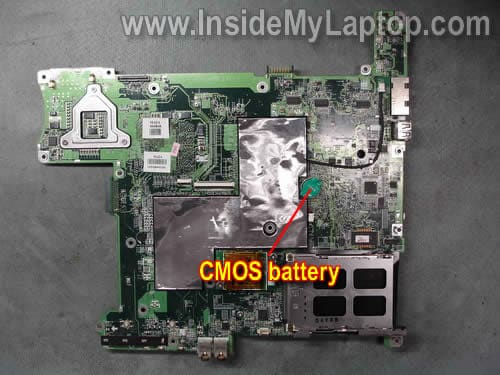 The processor (CPU) is located on the other side.

In order to remove the processor you have to unlock the socket. 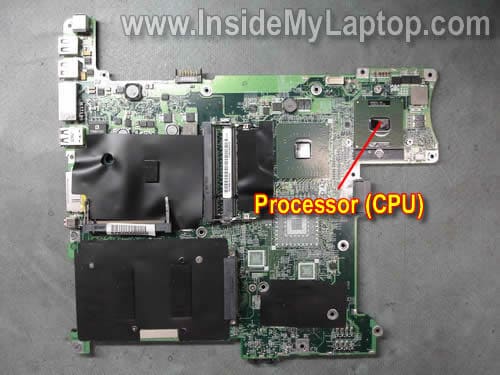 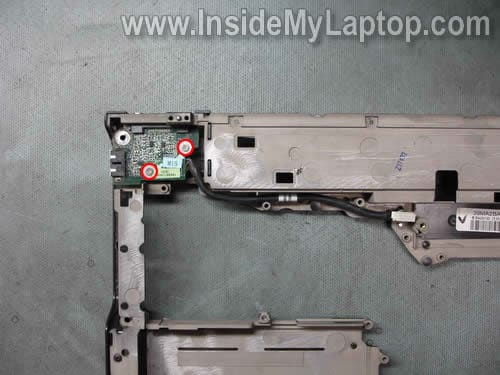 Remove two hex studs securing the VGA board on the back side of the base. 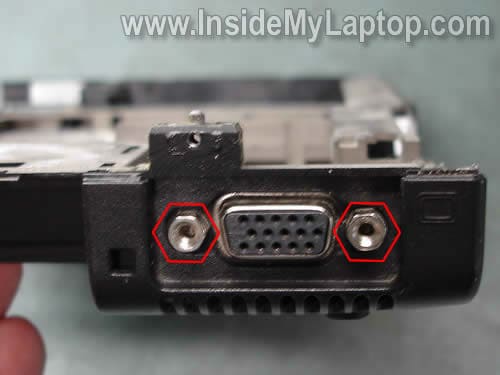 Remove the VGA board. 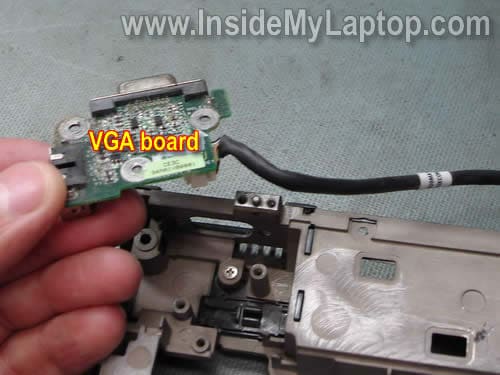 Now you can replace the damaged base cover with a new cover and assemble everything back together. 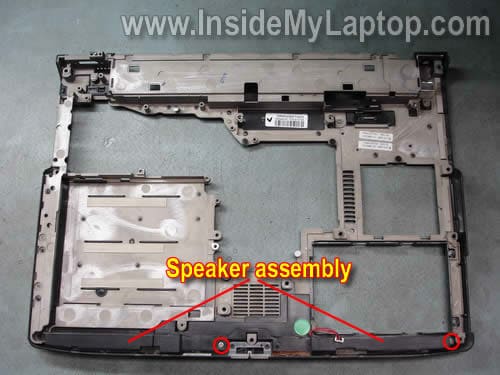