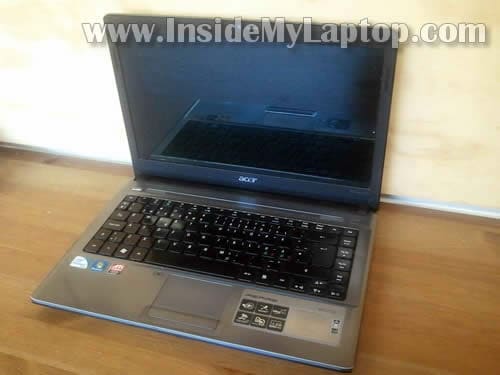 This models are very similar and all disassembly steps will be identical.

First of all, turn off the computer and remove the battery. 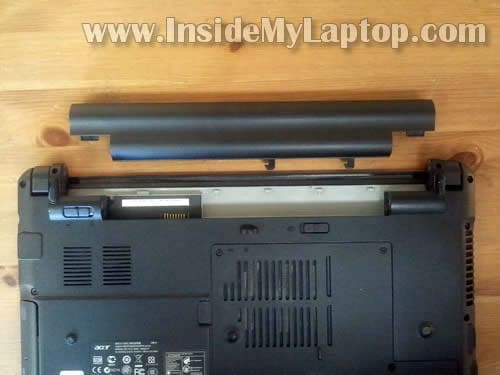 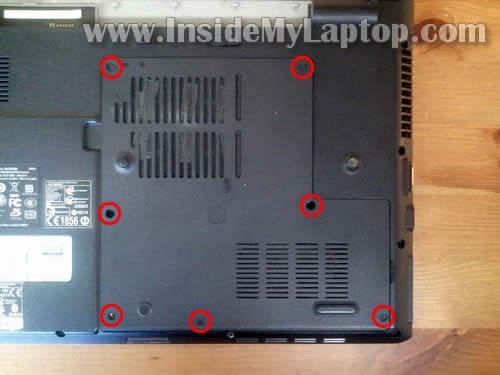 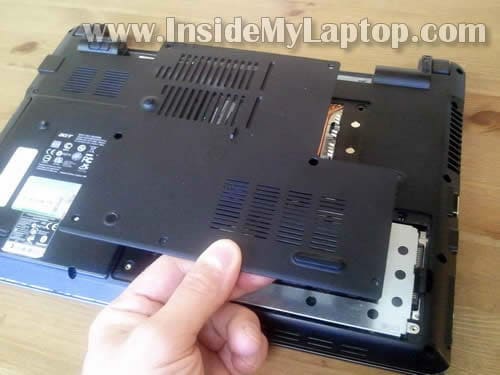 Under the cover you can access both memory modules, hard drive assembly and CMOS battery. 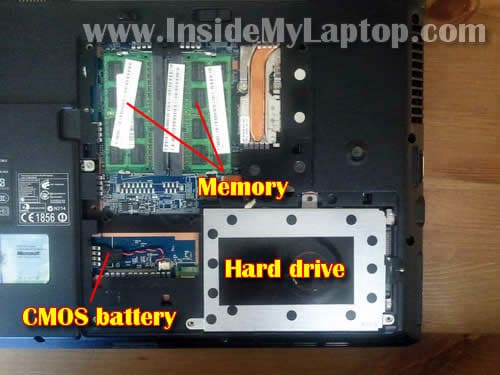 Lift up the hard drive assembly and remove it. 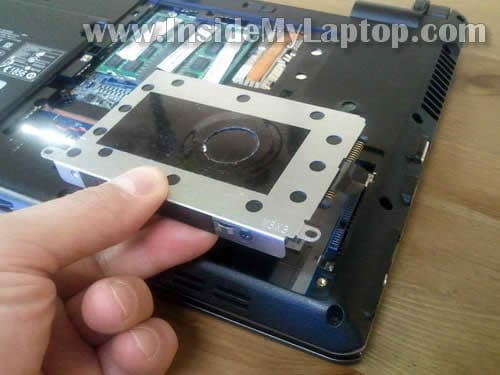 Remove screws securing hard drive to the mounting bracket on both sides. 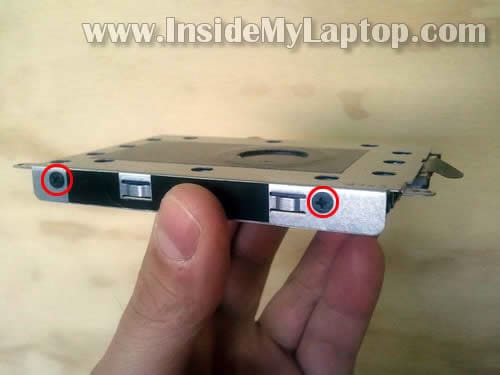 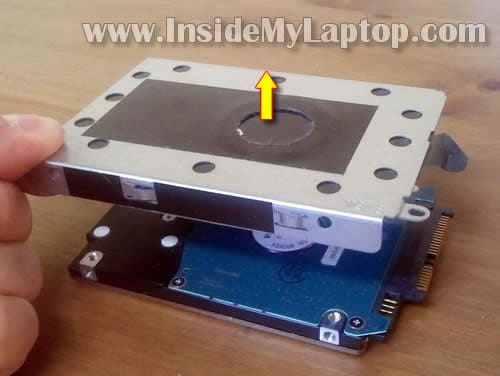 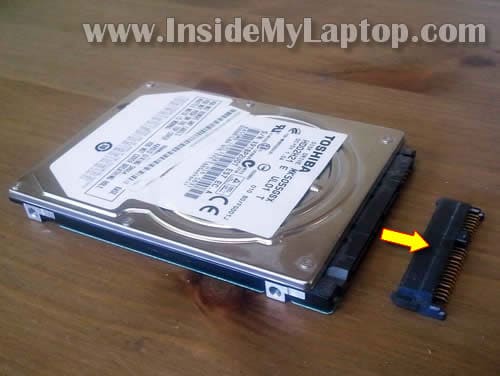 Now you can replace or upgrade the hard drive.

Both memory modules also accessible though the bottom door.

In order to remove the memory module you’ll have to spread latches on both sides of the memory slot.

The memory module will pop up at a 30 degree angle. 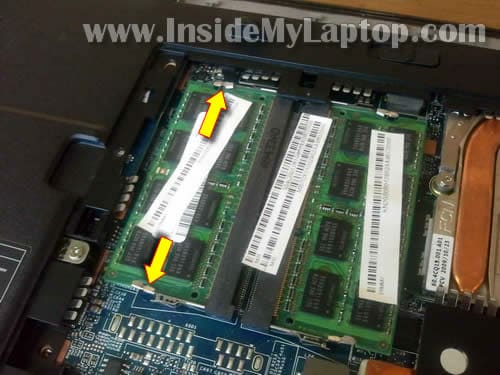 Carefully pull the memory module from the slot. 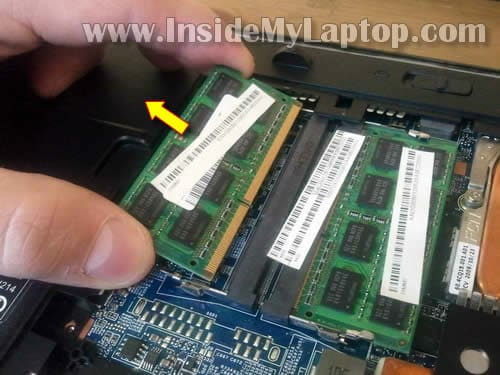 These laptops use DDR3 memory modules.

Pull optical drive to the left and remove it. 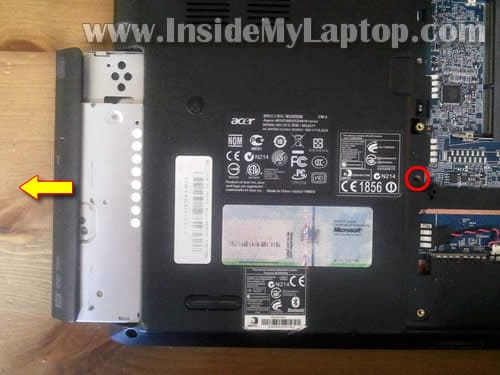 In order to remove the keyboard it’s not necessary to go though steps 2-11.

The keyboard is secured by five spring loaded latches on the top. 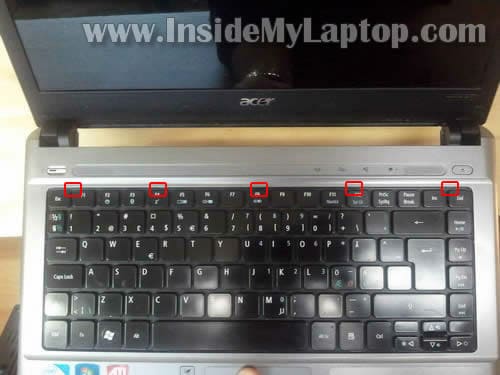 Push the latch into the case with a small screwdriver. At the same time lift up the keyboard a little bit.

The latch will stay inside the case and will not lock the keyboard.

Do the same with all remaining latches. 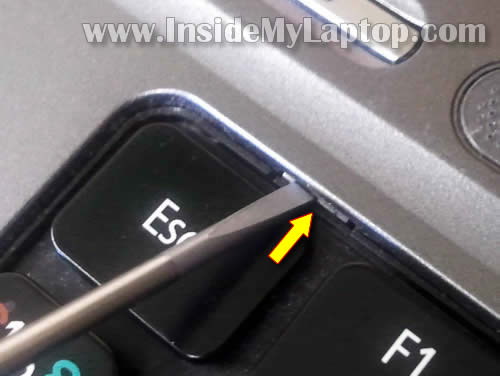 Now you should be able to lift up the keyboard.

Be careful, the keyboard still connected to the motherboard. 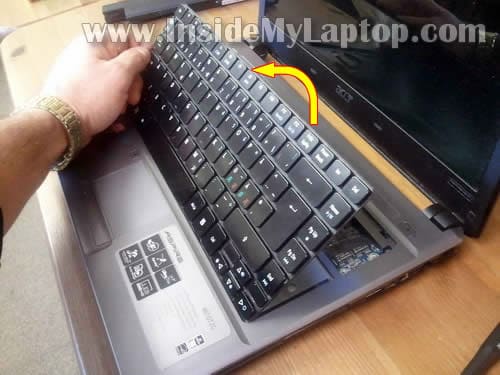 The cable connector located under the keyboard.

You’ll have to unlock the connector, release the cable and only after that remove the keyboard. 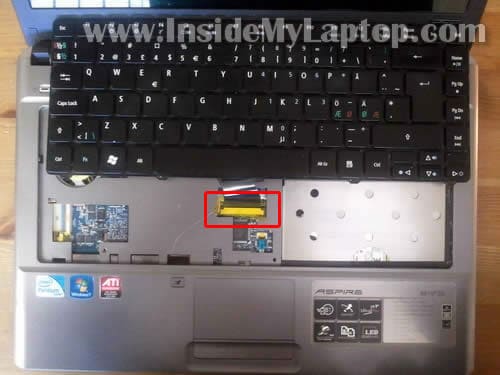 In order to unlock the connector, move the brown locking tab about 2 millimeters towards the laptop display.

Use your finger nails to slide the locking tab. Do not apply to much force. The locking tab must stay connected to the connector base. 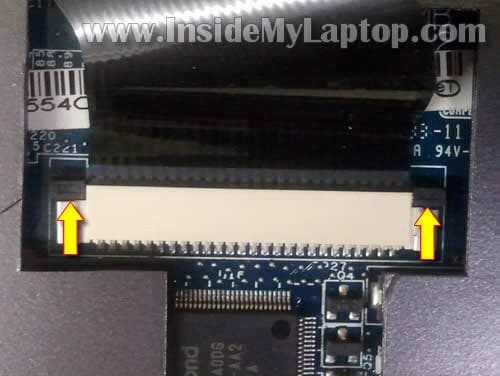 On the following picture the same connector shown in the unlocked position.

You see, the tab still connected to the base. 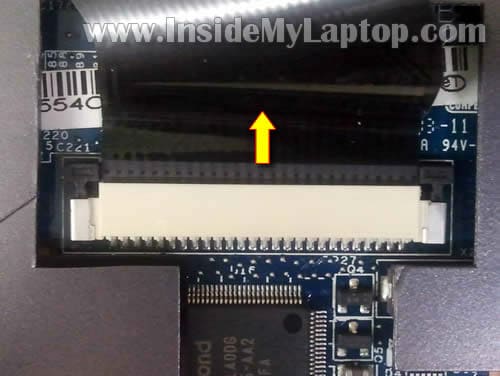 Now you can remove and replace the keyboard. 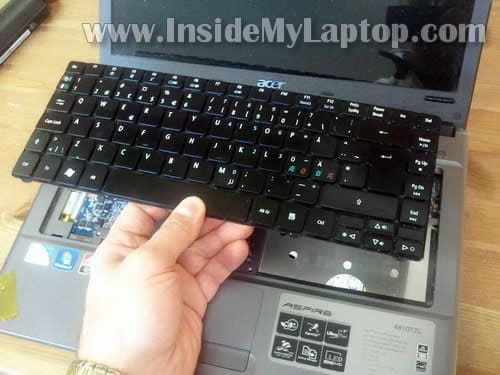 Under the keyboard you can access the wireless card.

Also, you’ll get some limited access to the cooling fan.

If your laptop overheats and shuts down because of that, you can clean the cooling fan with compressed air.

Just blow air into the fan until all dust is gone, it should be enough to clean it. 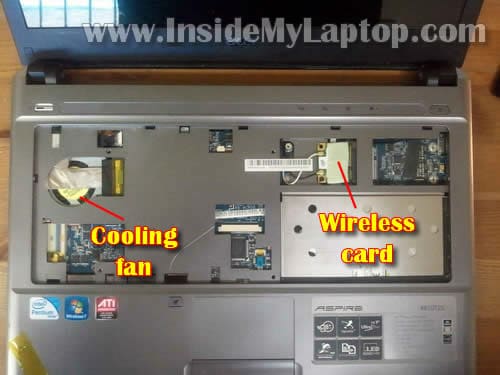 If you would like to disassemble the laptop completely, you can use this disassembly guide for Acer Aspire 4810 series laptops (in PDF format).