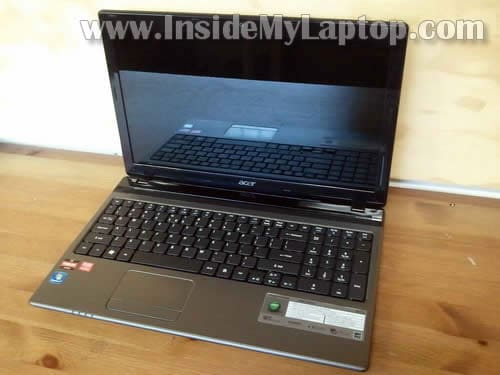 In this post I show how to disassemble an Acer Aspire 5560 series laptop.

Also it has Model No. MS2319 on the bottom sticker.

Most likely this guide will fit some other Acer Aspire models.

Make sure the computer is turned off. Unplug the AC adapter.

Unlock the battery and remove it. 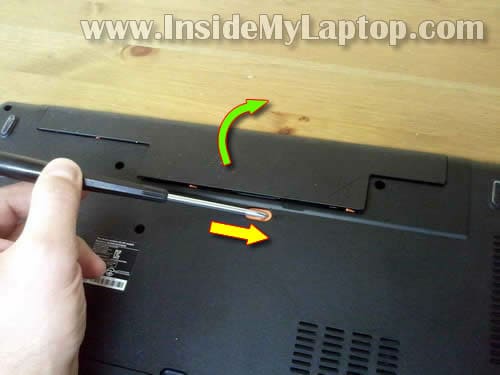 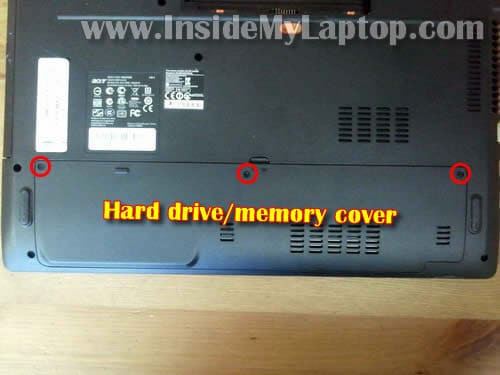 Under the cover you’ll get access to the hard drive, both memory modules and wireless card.

For the purpose of my guide it’s not necessary to remove memory modules and wireless card. I’ll leave them connected to the motherboard.

It’s necessary to remove the hard dive. Remove one screw securing the hard drive in the upper right corner. 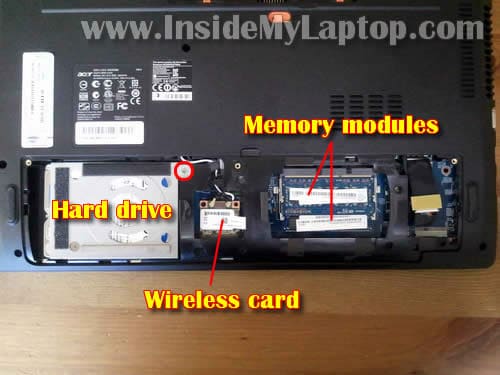 Slide the hard drive to the shown direction to disconnect it from the motherboard. 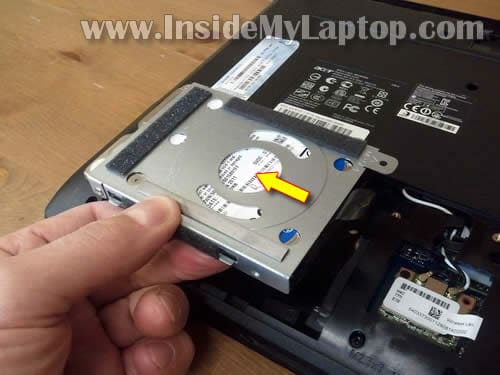 The keyboard is locked by six spring loaded latches on the top. 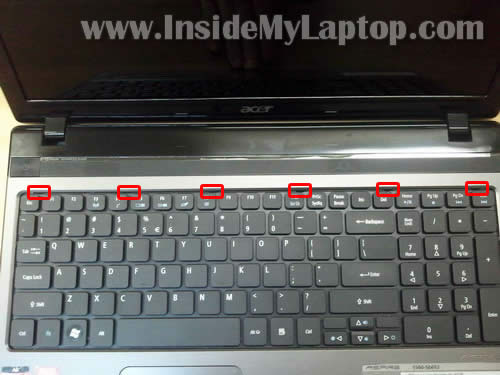 Using a small flathead screwdriver push latches into the case and at the same time lift up the keyboard a little bit.

When the keyboard lifted up it will not allow the latch to lock. 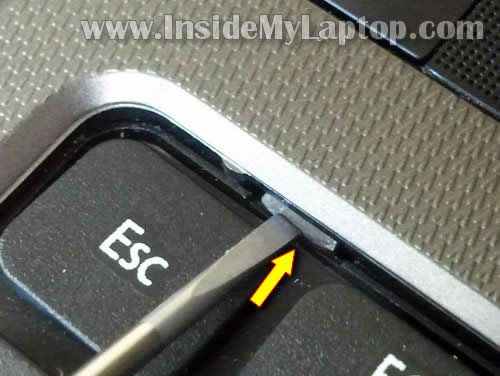 After all latches are unlocked you should be able to lift up the keyboard. 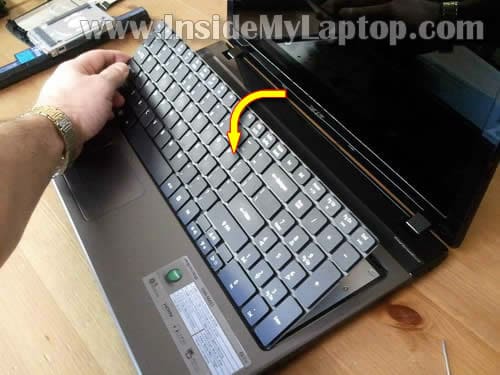 Move the keyboard towards the display so you can access the cable connector underneath.

Before you remove the keyboard completely, the connector has to be unlocked and keyboard cable released. 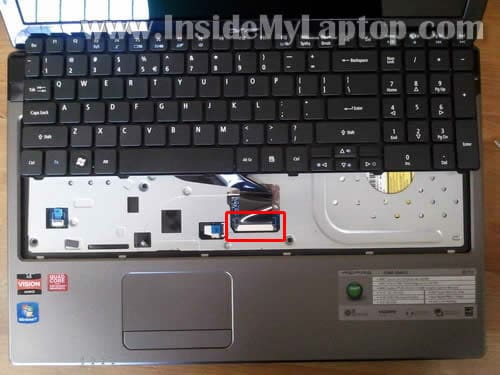 Here’s how to unlock the keyboard connector.

Very carefully move the brown locking tab about 1 millimeter to the shown direction.

The keyboard cable jammed between the locking tab and white connector base. 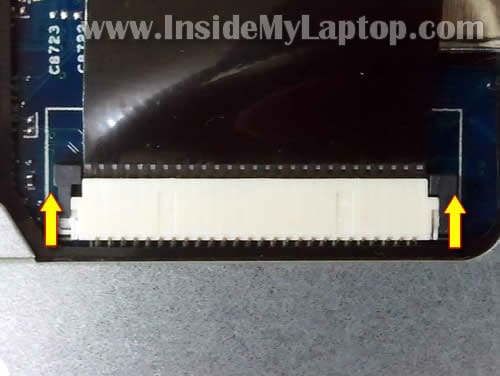 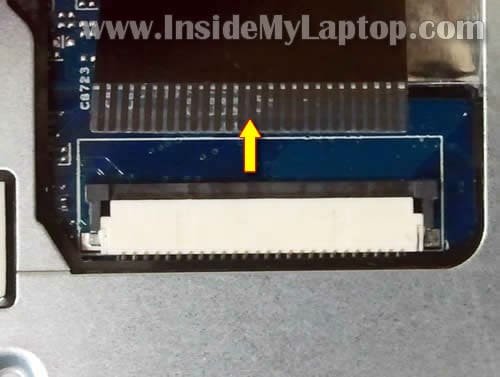 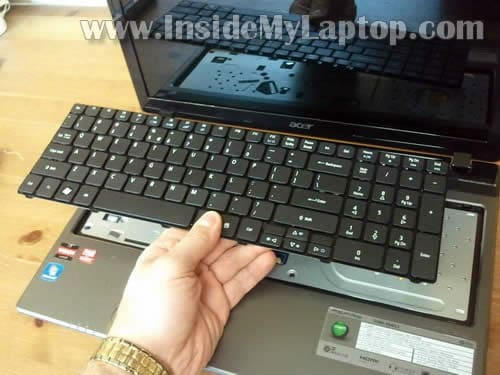 NOTE: the “yellow” screw secures the optical DVD drive. Normally, you should be able to remove this screw and pull the DVD drive out. 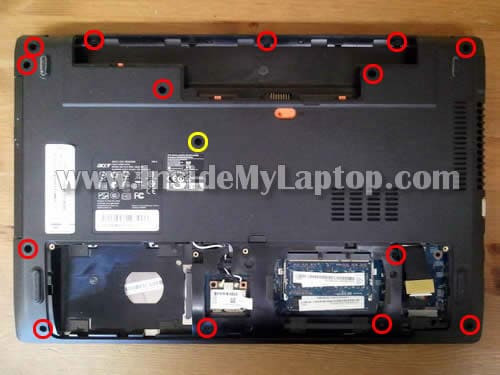 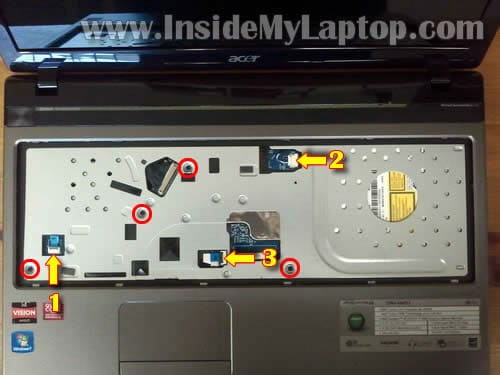 Here’s how to unlock the touchpad and power button cable connectors.

Lift up the brown tab with your fingernail. It will open up at a 90 degree angle.

After the connector is unlocked you can pull the cable. 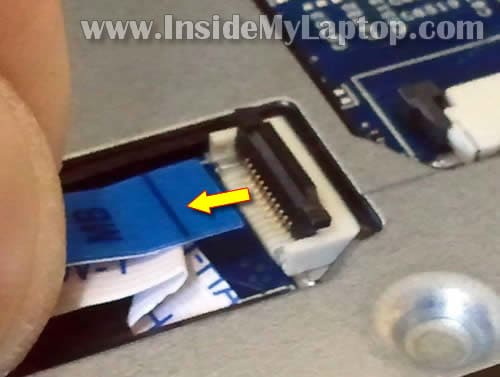 The speaker connector is a regular male-female connector. Simply unplug the connector. 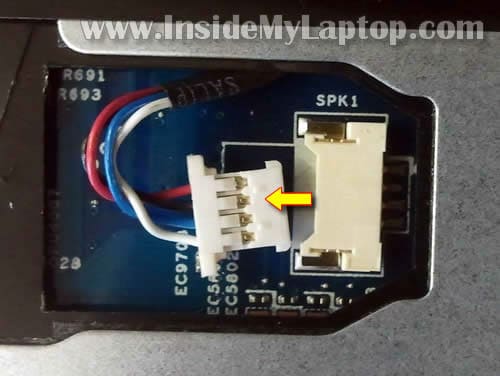 Now you can start separating the top cover assembly from the base. 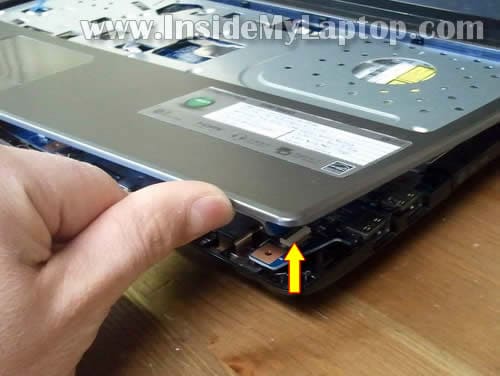 If the top cover doesn’t separate, you can use a piece of soft plastic as case cracker.

Insert it between the top cover and base and wiggle a little bit, move along the side. 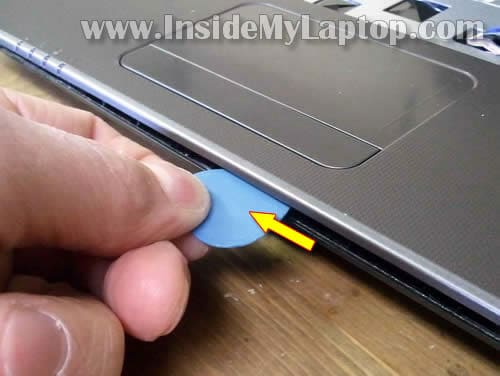 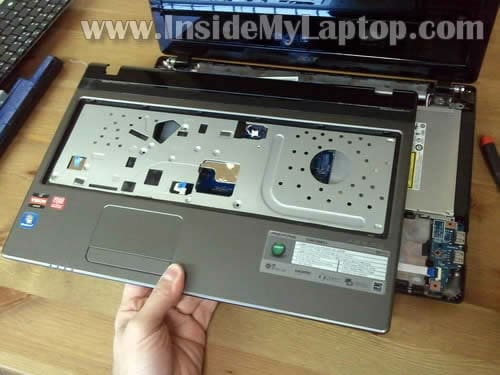 Now I was able to slide the optical DVD drive to the right side, disconnect it from the motherboard and remove. 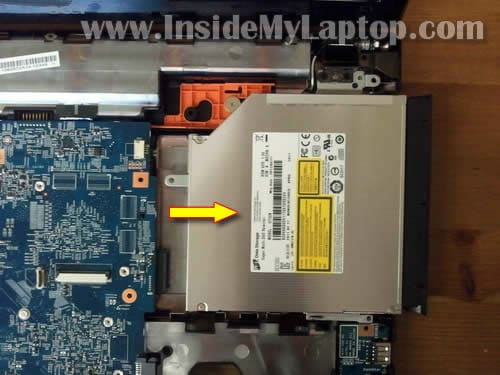 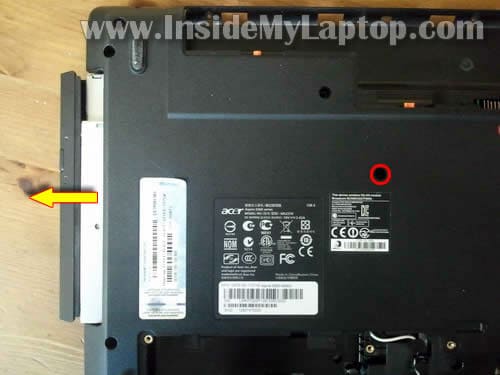 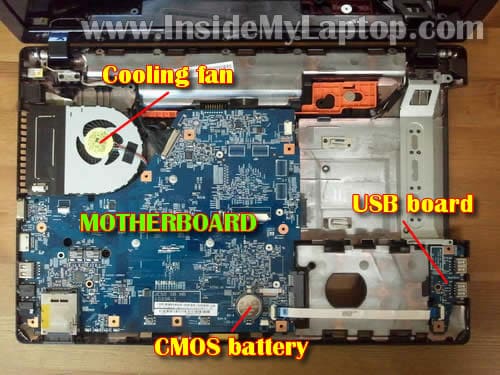 The DC power jack mounted in the upper left corner of the laptop base.

You should be able to unplug the DC jack cable from the motherboard after you disconnect the video cable. 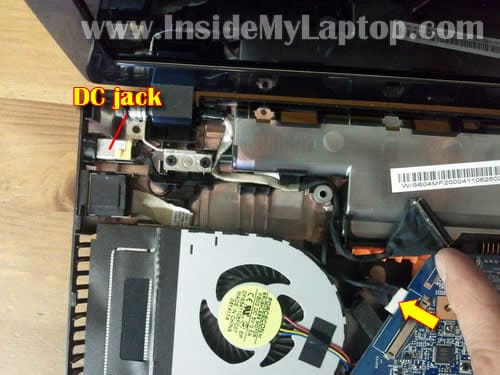 For the screen removal and replacement procedure, check out this Acer Aspire 5560 guide.