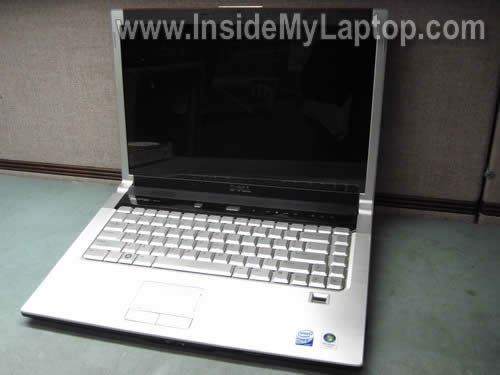 In this guide I explain how to clean up or replace the cooling fan assembly in a Dell XPS M1530.

The fan can be accessed from the door on the bottom of the laptop and removing procedure takes only about 10 minutes.

In my XPS M1530 it started making noise and had to be replaced.

Turn off the computer, unplug the power adapter and remove the battery. 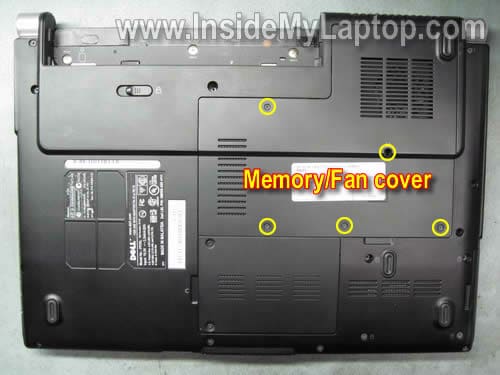 Carefully lift up and remove the heat sink assembly. 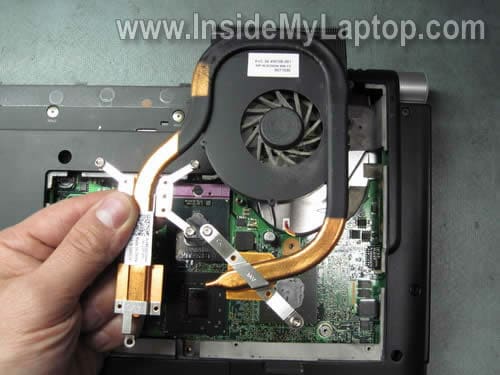 Remove four screws securing the fan to the heat sink. 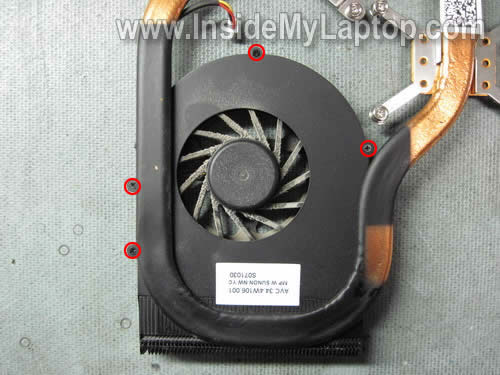 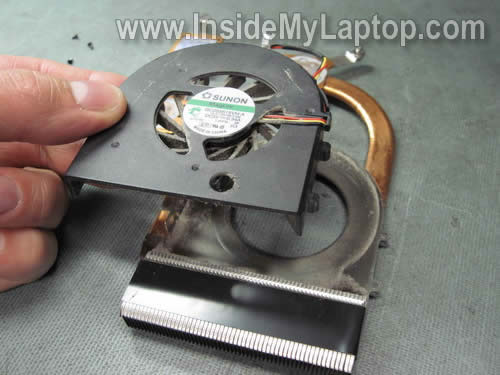 The heat sink was clogged with dust and had to be cleaned up.

You can use canned air to blow off dust from the heat sink. 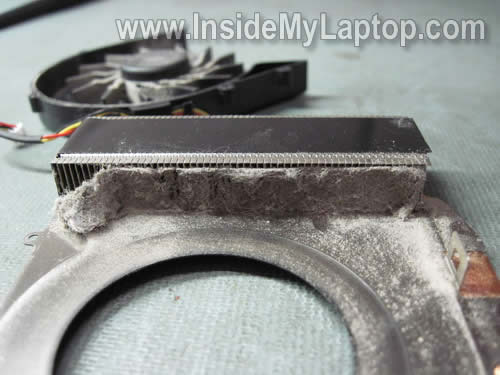 Before installing the heat sink assembly back on the motherboard, take a look at thermal grease on the processor and video chip.

If thermal grease dried out, it has to be replaced.

Remove old grease from the heat sink using a piece of paper towel soaked in 99% alcohol.

Do not remove thermal pad. It can be reused. 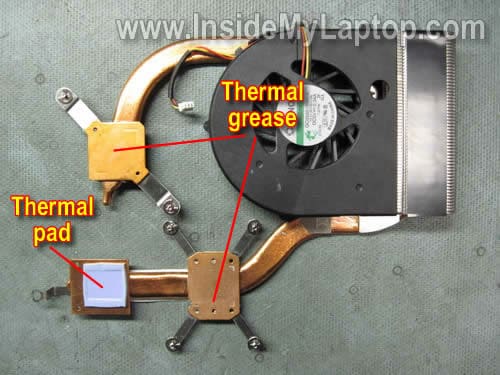 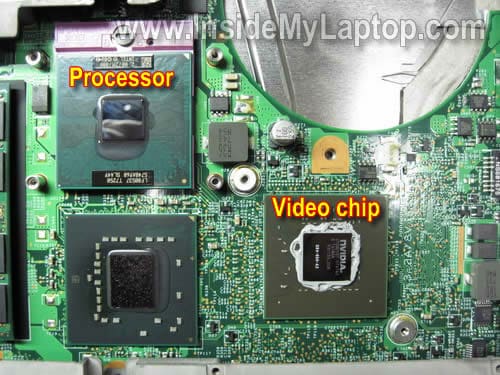 Apply a small drop of fresh thermal grease on the processor and video chip before installing the heat sink assembly. 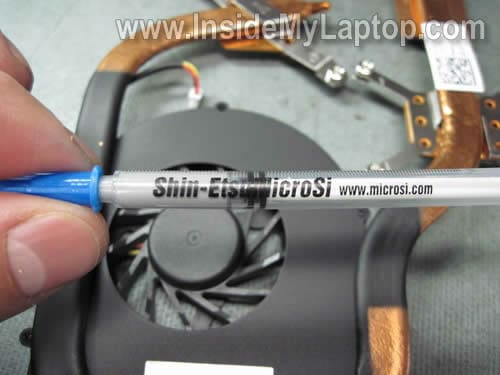 In the next post I explain how to remove sceen from a Dell XPS M1530 laptop.