In this guide I explain how to access and recover files from a failed MacBook Air, assuming it’s not the hard drive or solid state drive (SSD) related failure.

Let’s say the laptop suffered from liquid spill, was dropped or just stopped working but you don’t have your files backed up.

For the following procedure you will need a small Phillips screwdriver (size #0).

The hard drive located on the left side from the fan. 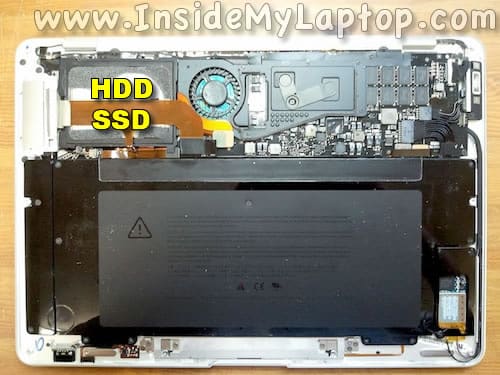 Disconnect the DVI/USB/Audio port cable from the logic board.

Just lift it up by the black tab attached to the connector. 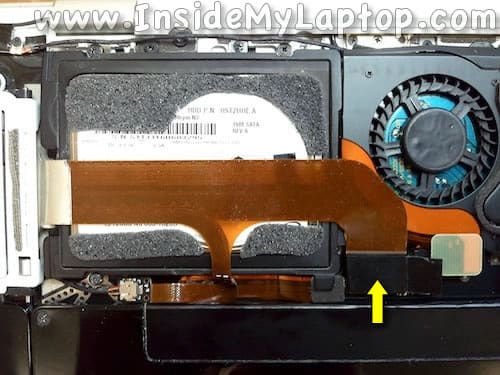 Disconnect the hard drive cable from the logic board. 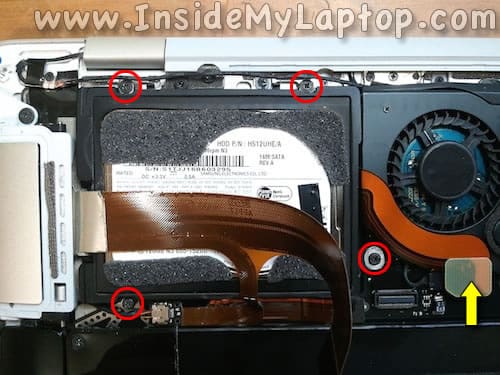 While removing it, you will have to un-route the wireless antenna cable attached to the mounting bracket. 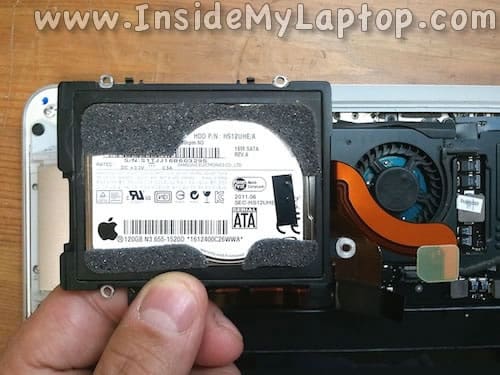 Pull the cable out of the connector (yellow arrow). 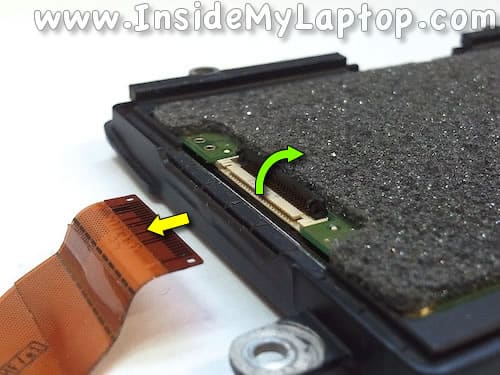 This adapter is available on Amazon. 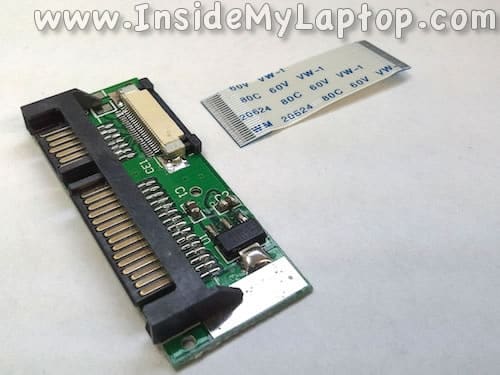 Connect the flat cable to the adapter.

Note that contacts on the cable are facing upwards. 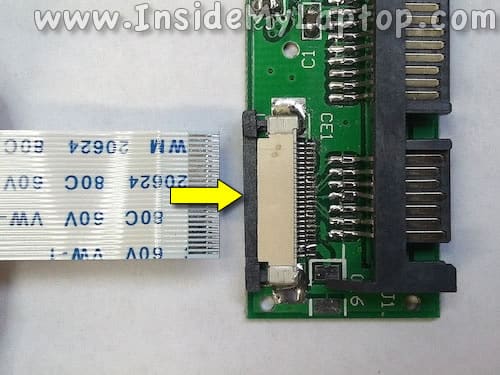 Lock the connector by sliding the retainer to the shown direction. 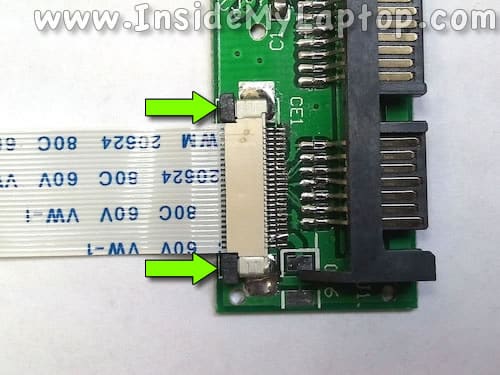 Now connect the second end of the flat cable to the hard drive.

I had some trouble inserting the cable because it was too tight.

Make sure the cable is plugged all the way down into the connector.

Do not bent the cable because it can be easily damaged.

Note that contacts on the cable are facing downwards. 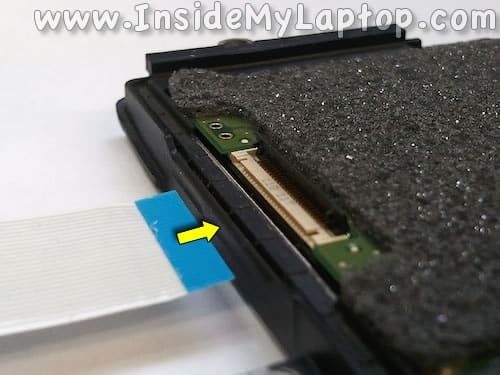 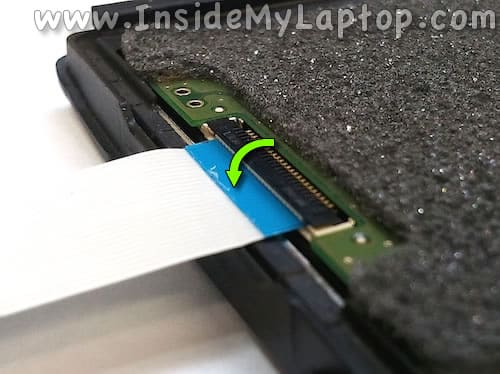 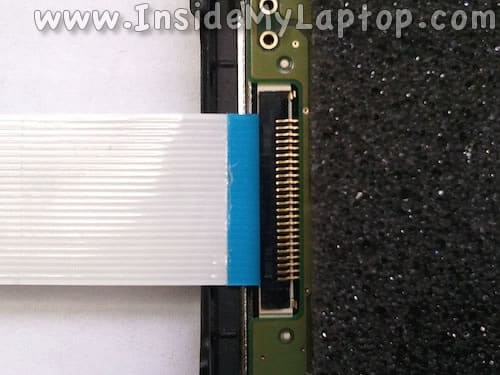 The hard drive is almost ready for data recovery. 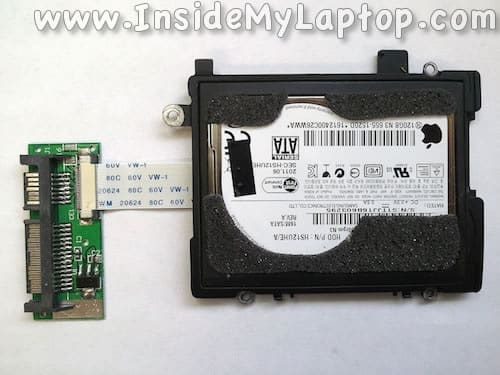 In order to connect the hard drive adapter to another Mac computer you will need a SATA to USB cable. 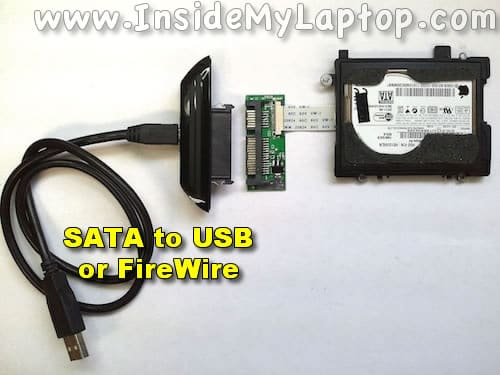 Connect the cable to the hard drive adapter and plug it into another working Mac computer.

If everything is connected properly and the hard drive not failing, it should be detected by the Mac. 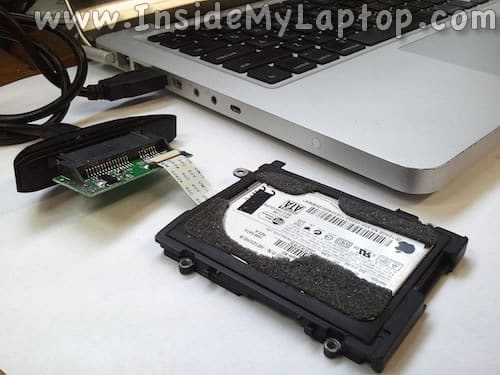 For the following procedure you will need Torx T5 screwdriver and 5-Point Torx Plus (Pentalobe compatible) screwdriver.

Remove 10 pentalobe screws from the bottom cover. Remove the cover. 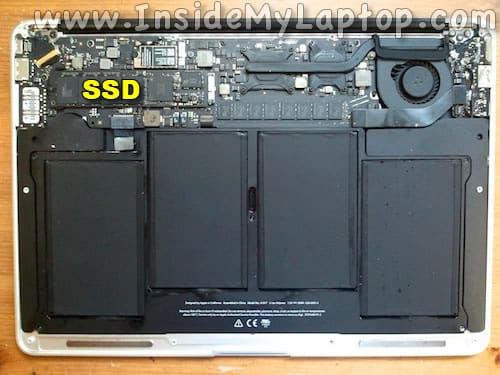 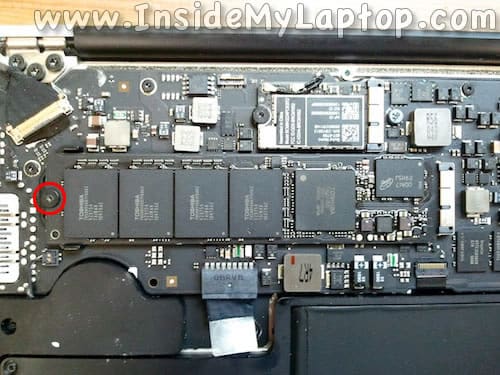 Pull the SSD out of the slot. 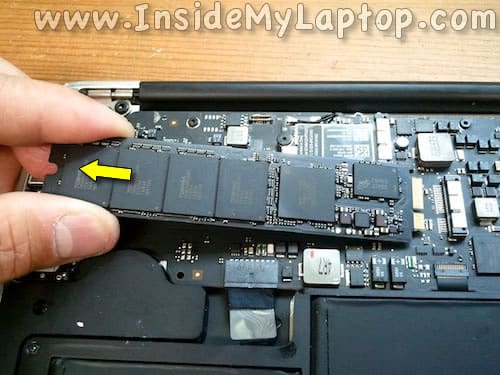 For data access and recovery you will need a special external enclosure for Apple SSD drives available on eBay or Amazon. 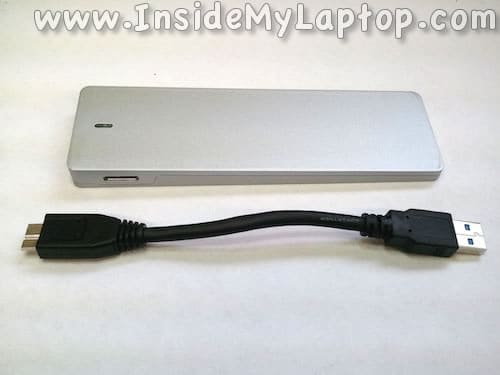 IMPORTANT NOTE: The OWC Envoy enclosure has been specifically designed for use ONLY with the factory SSD found installed in Apple MacBook Air. Do not try to install a third party SSD into this enclosure or you will damage the drive. 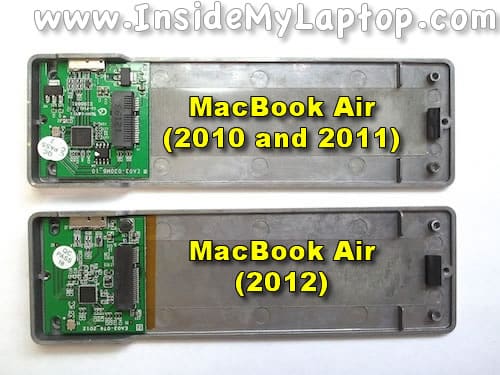 Select the right enclosure for your laptop and mount the SSD. 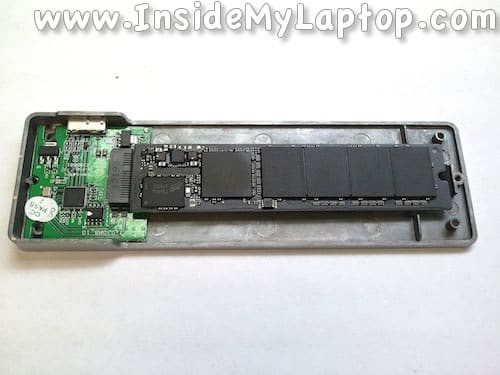 Connect the enclosure to another Mac computer via provided USB 3.0 cable.

If the SSD is in good working condition your Mac should detect it. 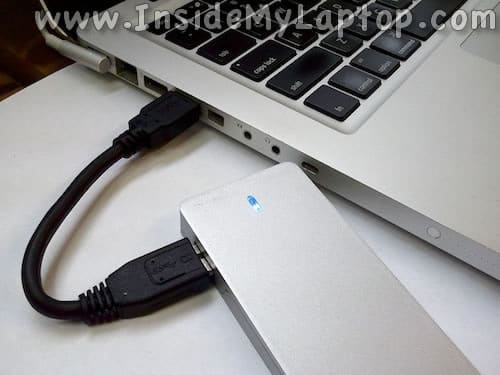 You can use Migration Assistant software (built into Mac OS X) to transfer all personal files, settings and applications to another Mac computer.