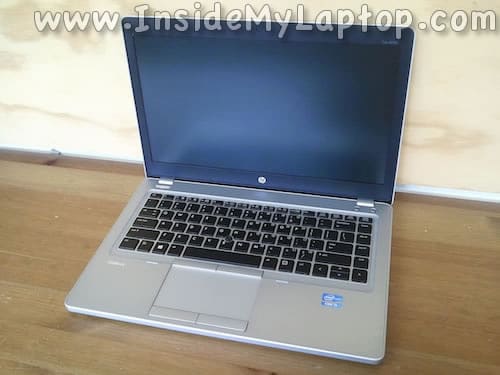 In this guide I will be taking apart a HP EliteBook Folio 9470m Ultrabook.

I will show how to access both RAM slots, remove the hard drive and keyboard.

Also, I will show a shortcut for removing the cooling fan and DC jack.

Make sure the laptop is turned off before you start the disassembly process. 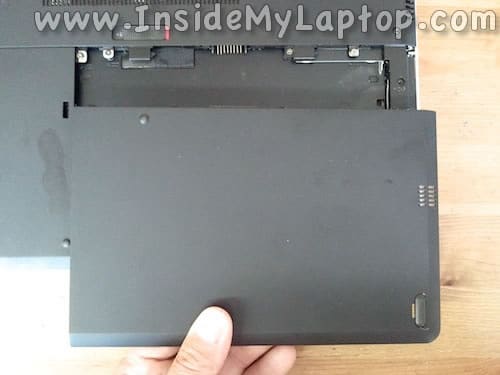 Slide the cover to the left and remove it. 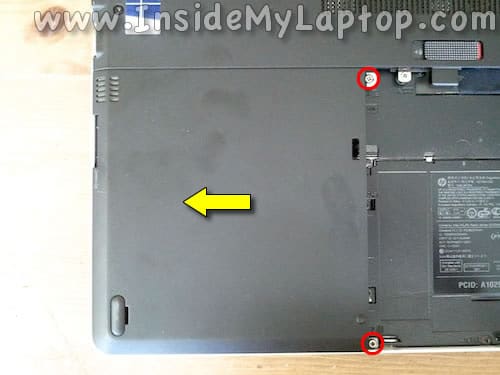 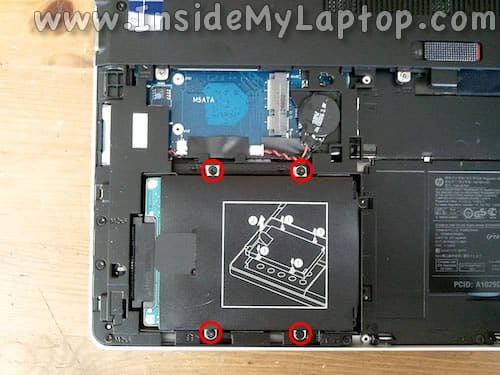 Pull the hard drive assembly up by the black tab located on the top.

You’ll have to disconnect the hard drive connector from the motherboard.

I recommend replacing this regular 2.5″ SATA hard drive to a 2.5″ SATA solid state drive. Doing so will improve the laptop performance significantly. 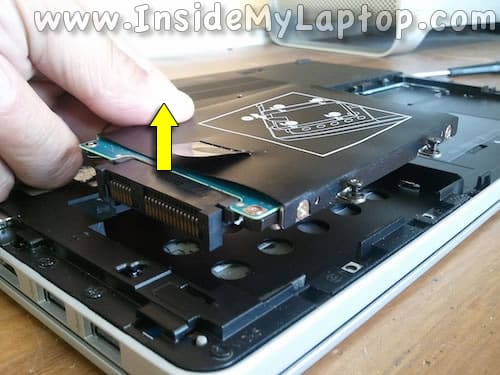 The connector can be easily removed from the hard drive if necessary. 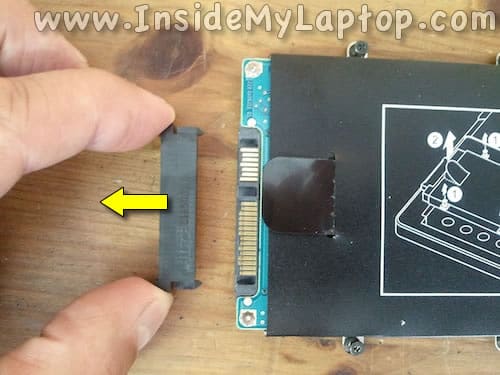 Also, under the hard drive cover you can get access to the mSATA slot and CMOS battery. 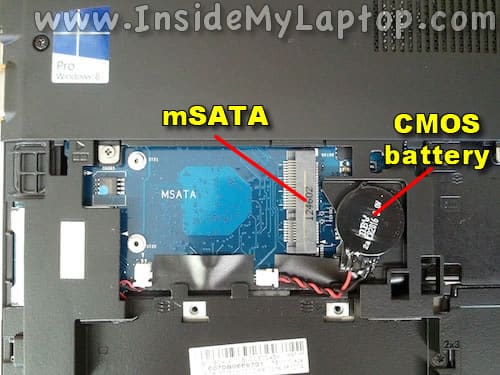 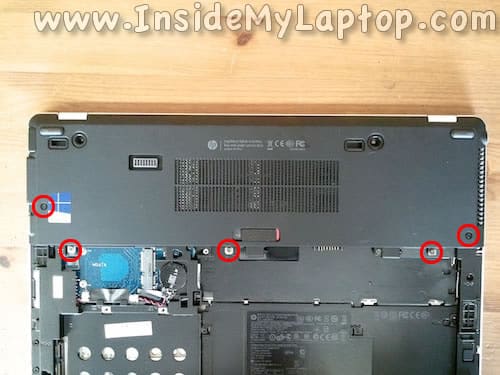 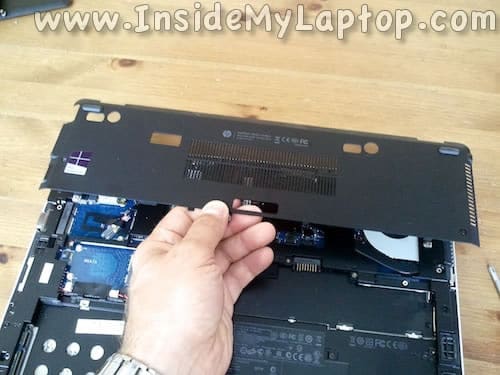 Now you can access both RAM modules, Wi-Fi card and cooling fan. 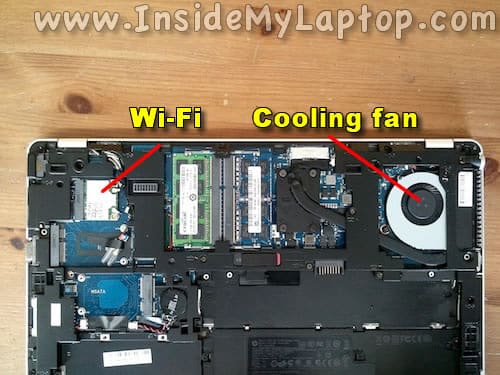 Loosen four screws securing the keyboard on the bottom. 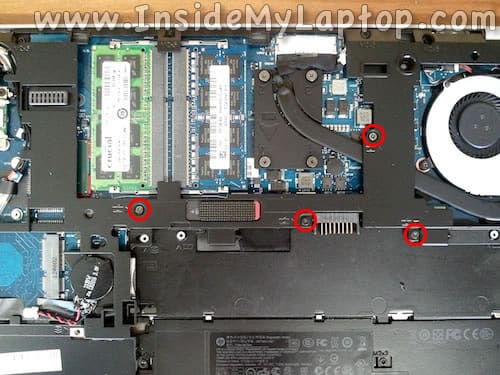 In order to separate the keyboard from the top cover you’ll have to use a knife blade.

Insert the blade between the keyboard and top cover. Be careful. Try not to scratch the cover. 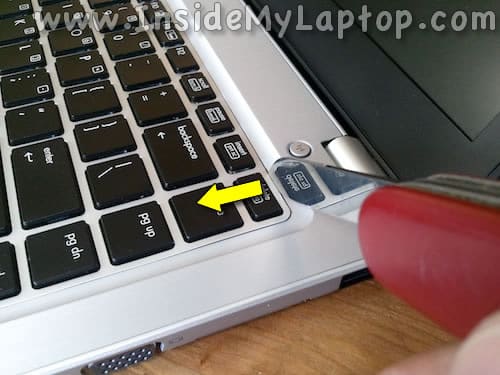 There are a few plastic tabs securing the keyboard.

You’ll have to disengage these tabs and lift up the keyboard as it shown on the following picture.

You’ll find a link to the official manual at the end of this guide. 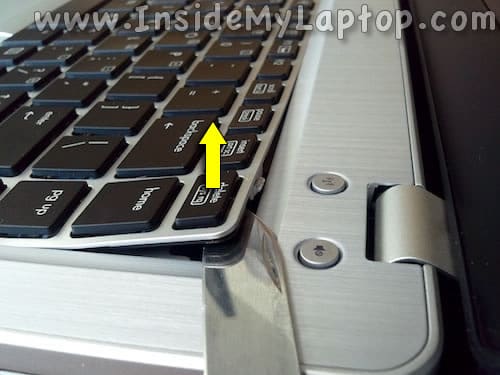 Continue lifting up the keyboard while disengaging tabs. 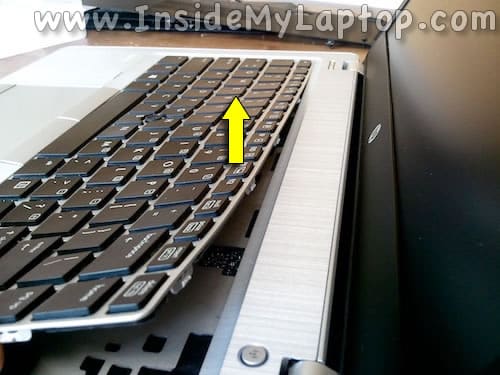 Separate the keyboard from the top cover and place it upside down on the palm rest. 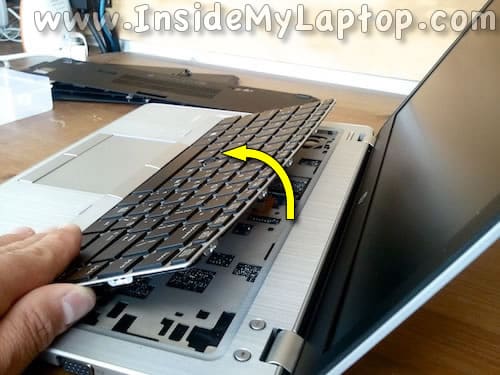 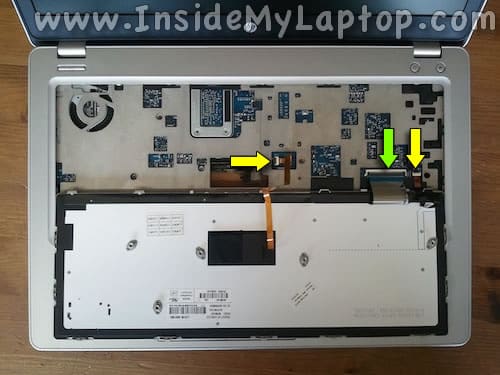 1. Lift up the connector retaining tab with your fingernail (yellow arrow). The retainer will open up at a 90 degree angle.

2. Pull the cable from the connector (green arrow). 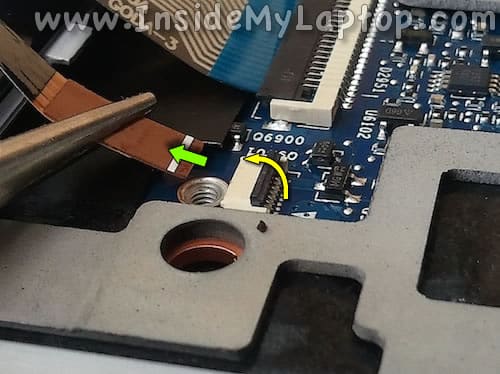 Open up the retaining tab (yellow arrow) and pull the cable out (green arrow). 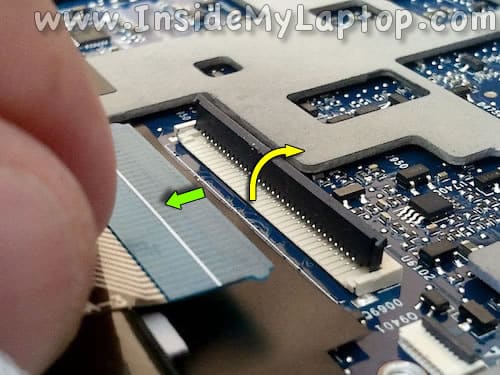 Now you can remove the keyboard completely. 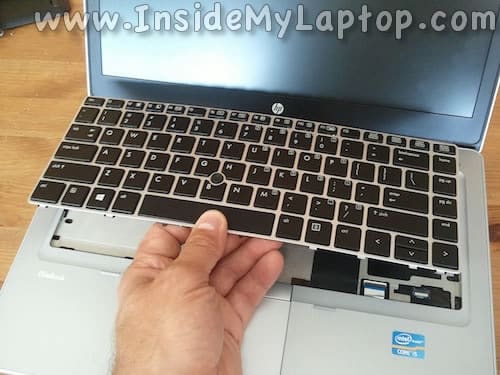 Here’s the laptop with the keyboard removed. 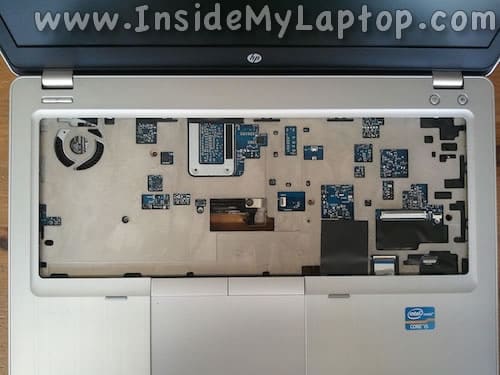 There are two screws securing the cooling fan.

Loosen one screw (red) and remove another (yellow). 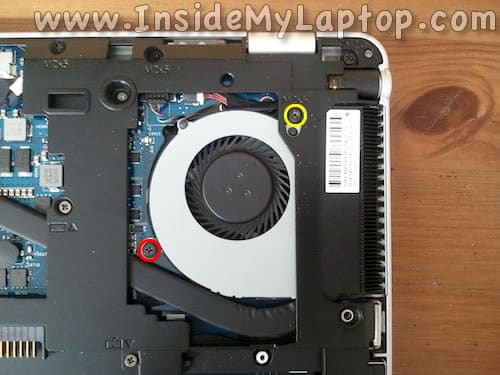 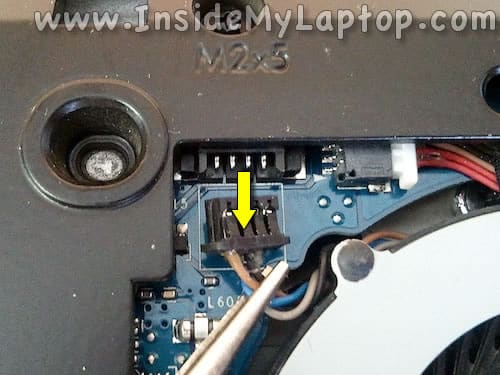 According to the HP service manual, you’ll have to remove the base enclosure in order to remove the cooling fan but here’s a shortcut. 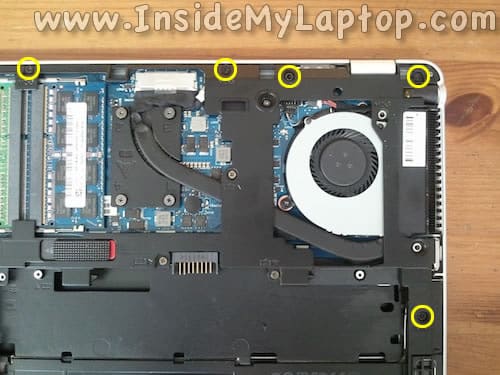 Now you will be able to lift up the enclosure just enough to get access to the fan. 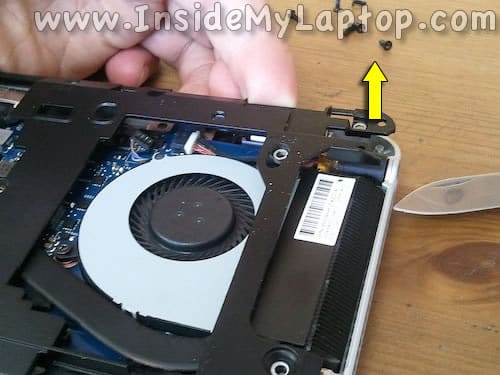 With the enclosure lifted up, pull the fan out of the case.

Now you can clean it up or replace if necessary. 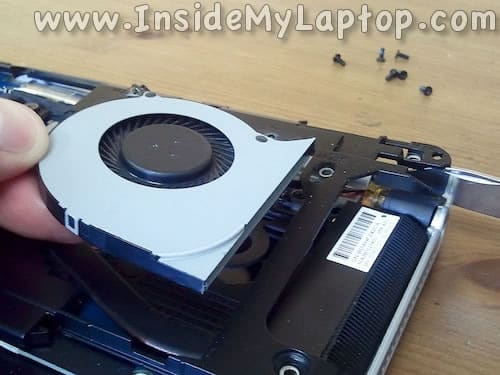 Disconnect the DC jack cable from the motherboard.

Again, with the enclosure lifted up, pull the DC jack harness from the laptop. 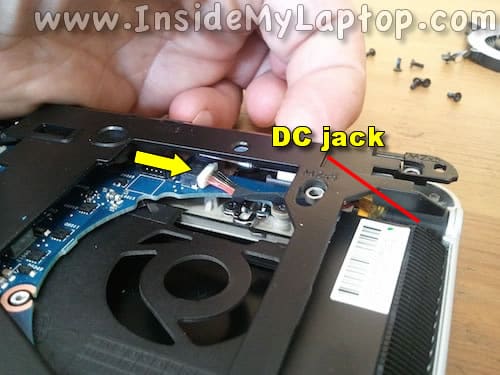 The DC jack is ready for the replacement. 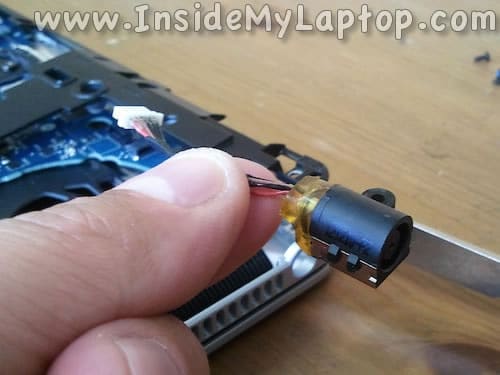