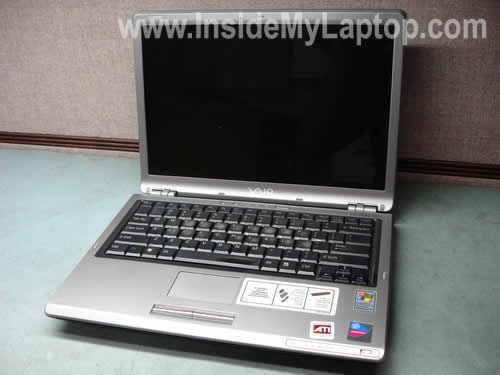 In the following guide I explain how to take apart a Sony Vaio VGN-S360P and replace broken power jack (DC jack). I’m not sure if this guide will fit all Vaio VGN-S models but I think it will be pretty close.

My reason for taking it apart is replacing the failed DC jack but I will remove all major components so you know how to do that.

First of all, turn off the computer, unplug the power adapter and remove the battery.

Remove two screws securing the cover on the bottom.

Under this cover you’ll find both memory slots and wireless card. 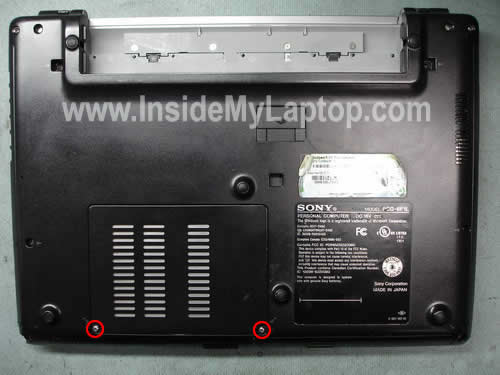 This model has two memory slots accessible from the bottom but unfortunately you cannot use regular notebook RAM modules. You’ll have to use PC2700 DDR333 microDIMM. I believe you can install 1GB total. Up to 512MB module into each slot.

If you are replacing the keyboard, remove only two green screws and proceed to the next step. These two screws secure the keyboard.

If you are taking the whole thing apart, remove all screws – red and green. 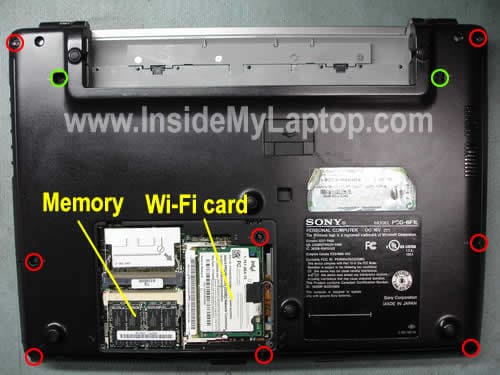 There are two spring loaded latches above F4 and F12 keys. 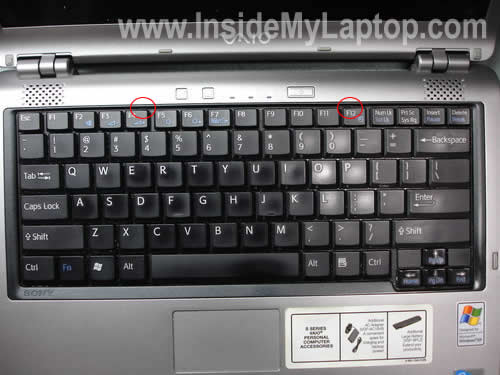 Carefully release these latches with a small flathead screwdriver. 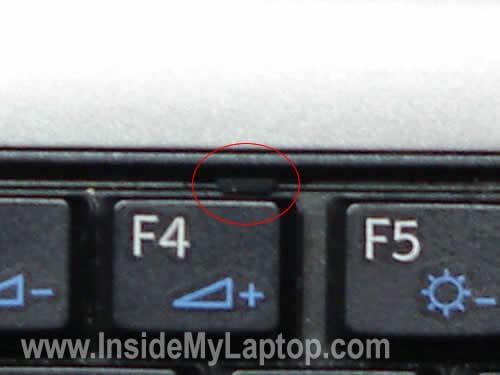 After the latches has been released, you can lift up the keyboard as it shown on the picture below. 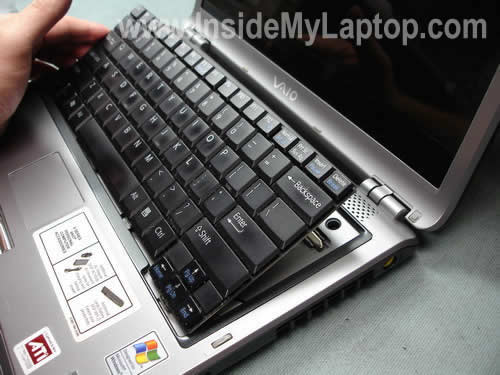 Turn the keyboard upside down and place it on the palm rest. Now you can access the cable connector.

In order to remove it completely you’ll have to unlock the connector first. 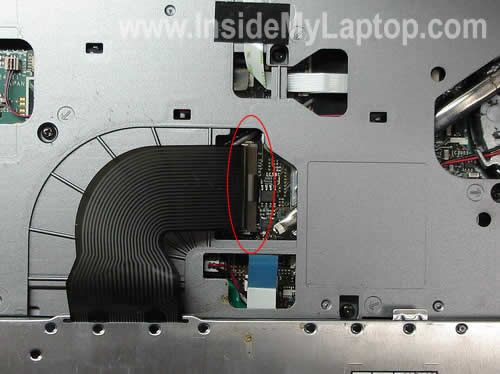 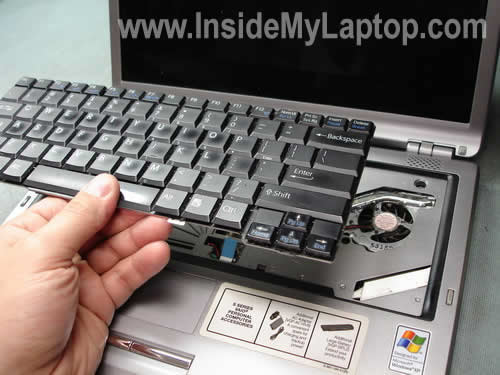 Remove four five screws securing the top cover assembly. (I forgot to circle one screw which is located on the right side from the touch pad cable). 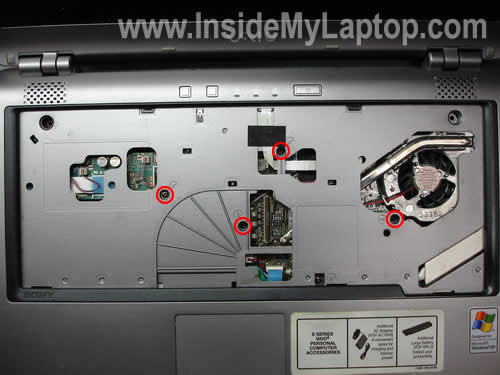 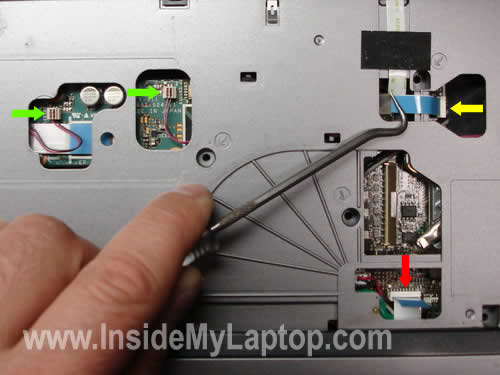 Here’s a closer shot on the speaker connector. 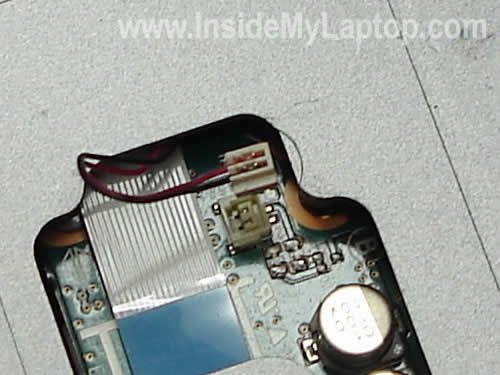 Now you can lift up and remove the top cover assembly. 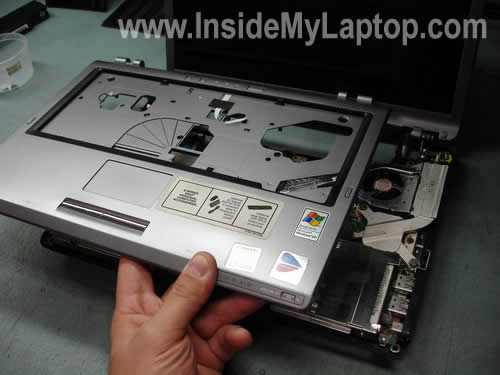 The top cover assembly has been removed. 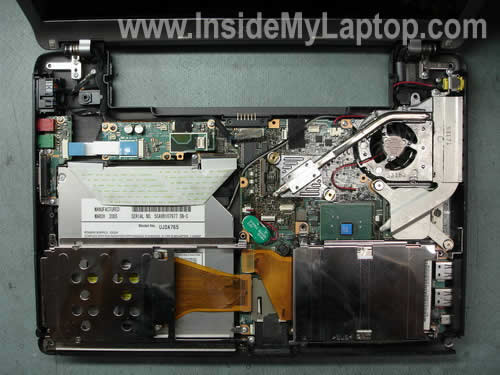 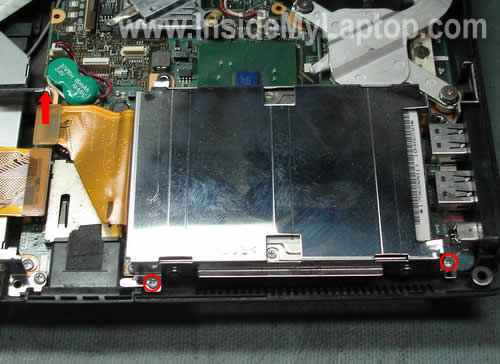 Remove the hard drive assembly. If you are replacing the hard drive, you’ll have to remove the mounting bracket with the cable and transfer it to a new drive. 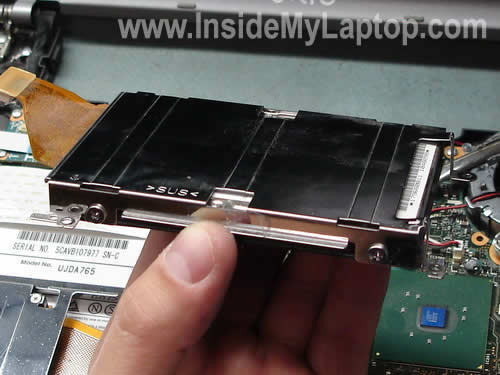 Before you can remove the CD/DVD drive, you’ll have to remove the PC card slot.

Remove one screw securing the slot and unplug it from the motherboard. 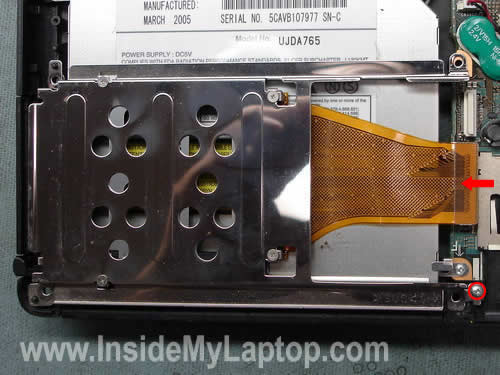 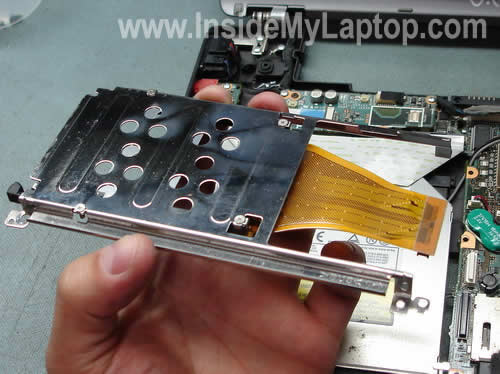 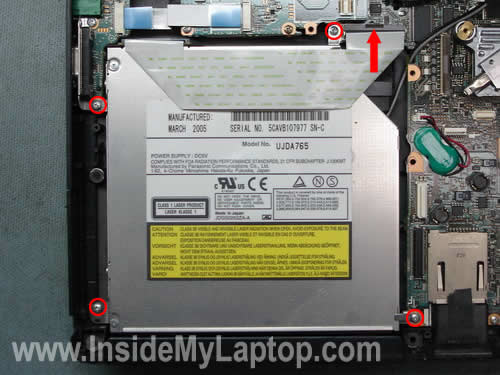 Remove the CD/DVD drive assembly. If you are replacing the drive, you’ll have to transfer the face plate with the cable and mounting bracket to a new drive. 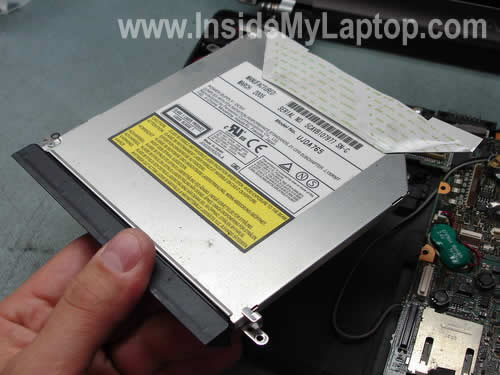 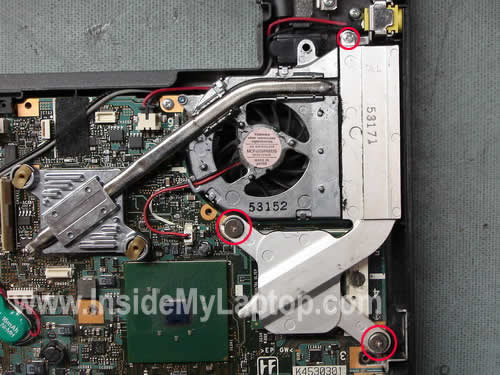 If the heat sink is clogged with dust blow it off with compressed air. 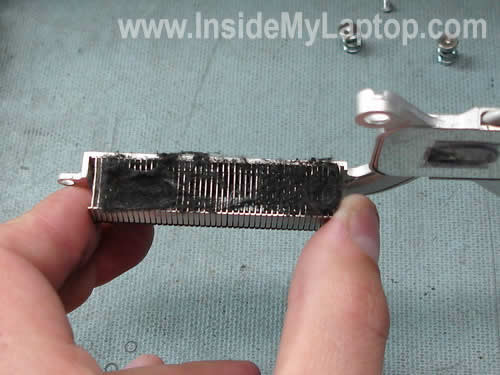 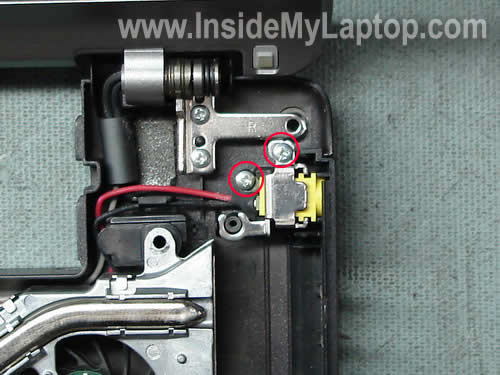 As you see on the picture below the power jack in my laptop is broken in two pieces. I’m going to replace it with a new one.

I will unsolder the broken jack and solder a new one. 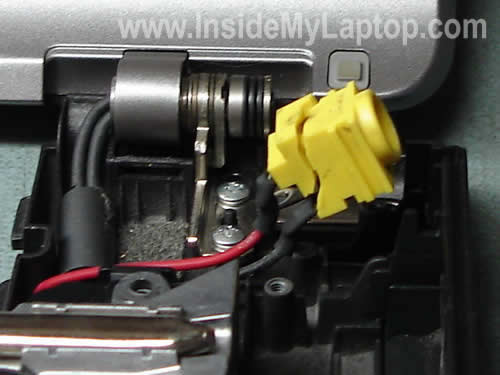 Before you install the heat sink back in place, you’ll have to apply new thermal grease on the top of the CPU. 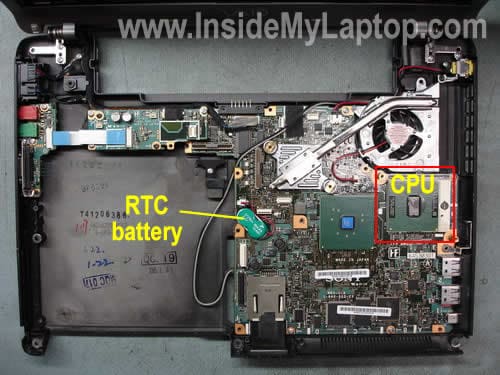