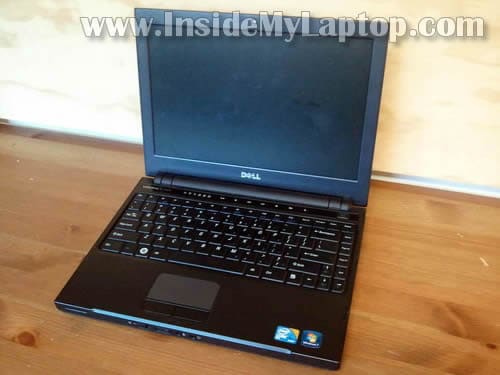 In this post I explain how to take apart a Dell Vostro 1220 laptop.

I’m taking it apart in order to remove and replace  the failed hard drive which is mounted deep inside the case.

I will also show how to access and remove other main Dell Vostro 1220 internal components such as memory modules, keyboard, DVD drive, wireless card and CMOS battery.

Before you start laptop disassembly, make sure it’s turned off and battery removed. 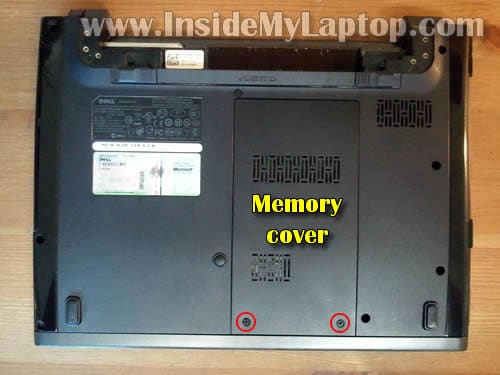 Under the cover you’ll get access to both memory modules, wireless module and CMOS battery. 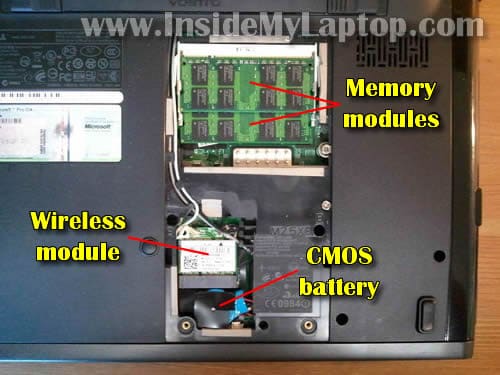 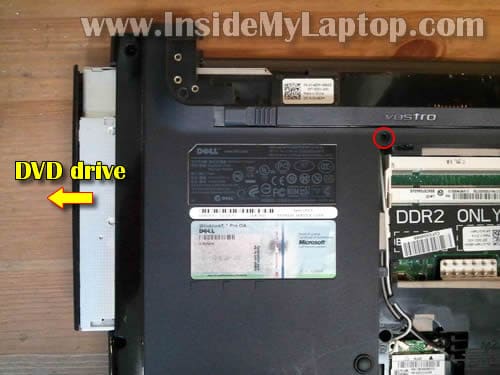 Using a sharp object lift up the right side of the center control cover. 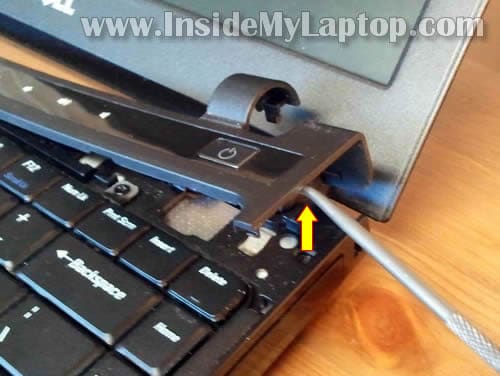 Be careful, the control button board cable still connected to the motherboard.

Don’t be scared if you accidentally pulled the cable from the connector. You can reconnect it later when the keyboard is removed. 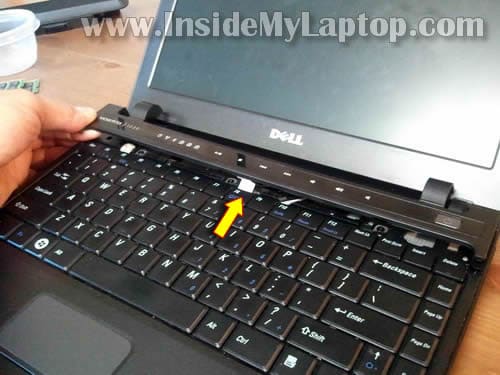 Move the center control cover toward the display so you can access keyboard screws. 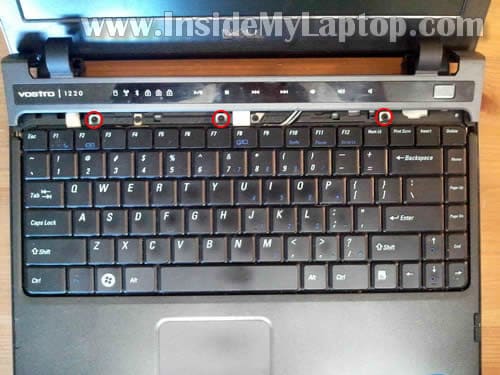 Lift up the keyboard and turn it over on the palm rest. 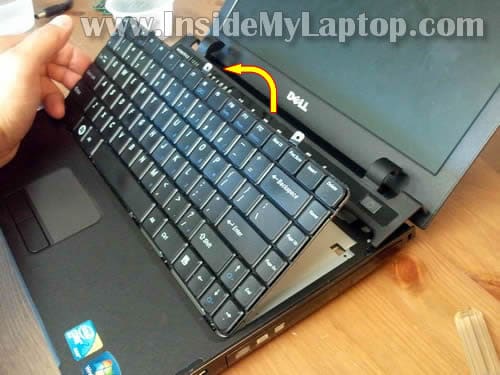 Before removing the keyboard, you’ll have to unlock the connector and release the cable. 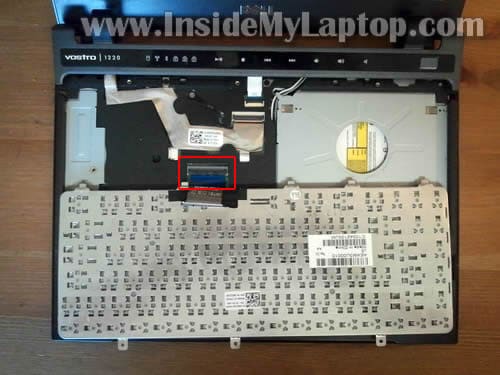 Carefully lift up the left side of the locking tab so it opens up at a 90 degree angle. 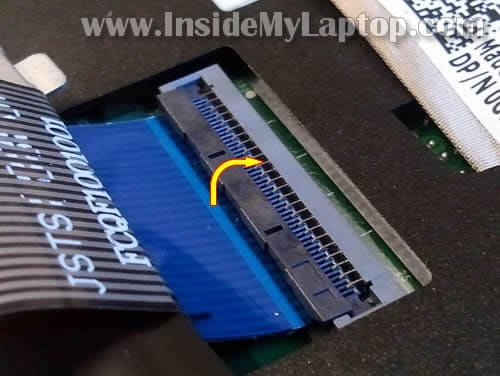 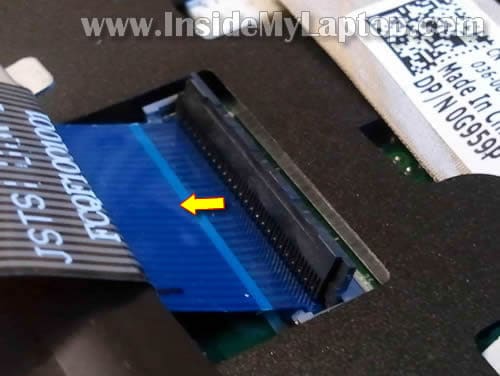 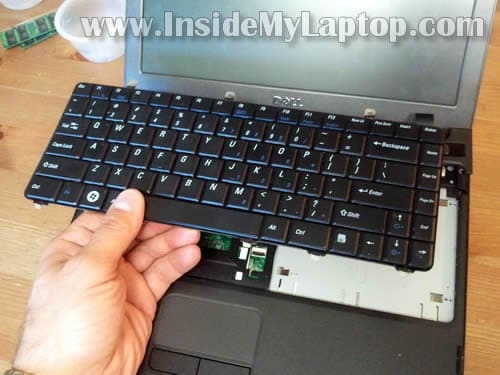 Disconnect the center control board cable. 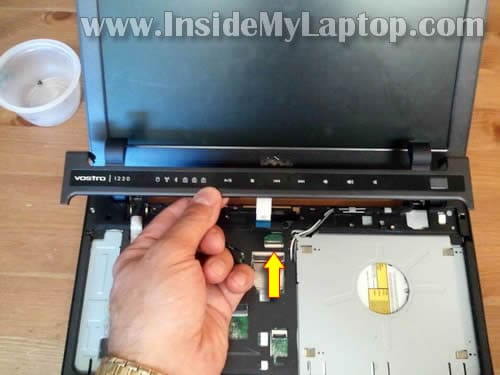 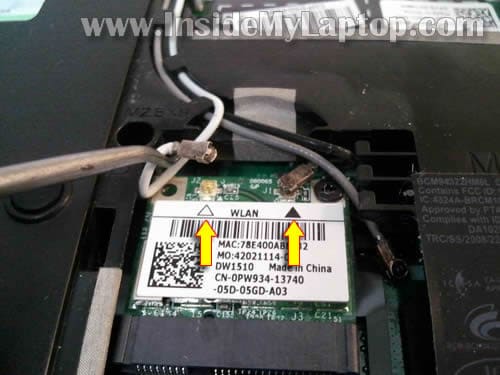 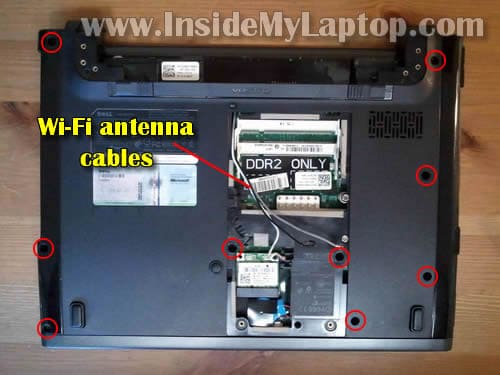 Disconnect video cable from the motherboard. The video cable has ground cable which is secured by one screws.

Pull wireless card antenna cables though the opening in the top cover. 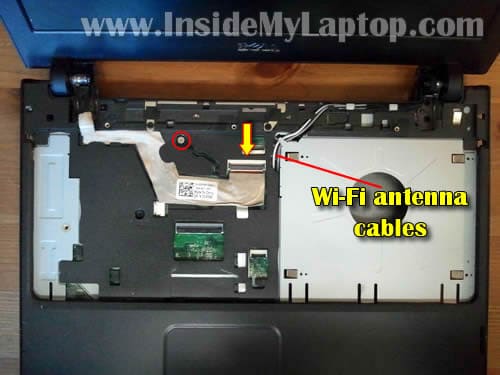 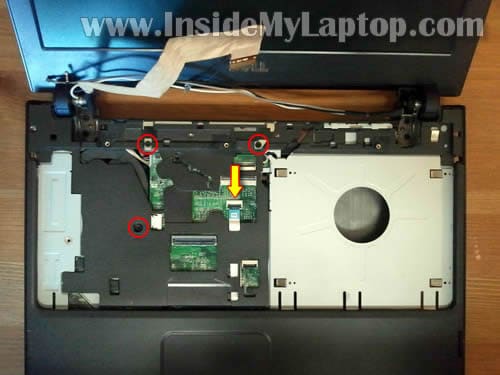 Carefully separate the top cover assembly from the bottom case. 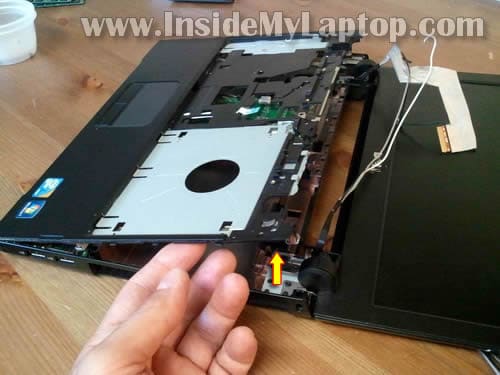 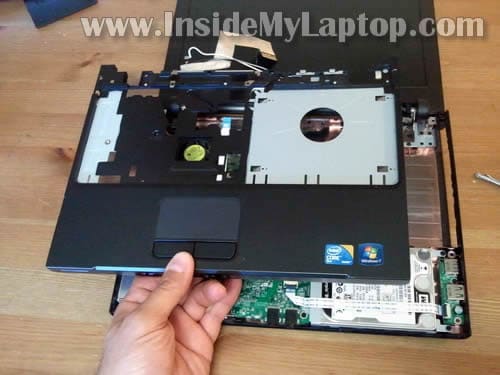 The hard drive located in the lower right corner. 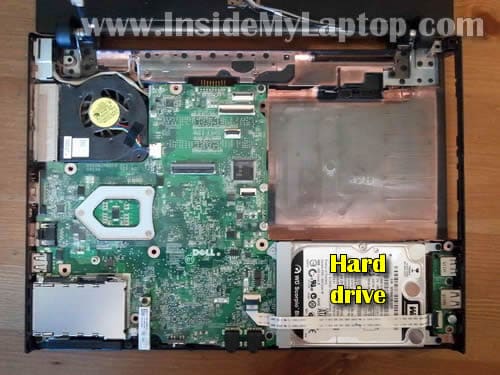 Disconnect one side of the USB board cable and move the cable away from the hard drive. 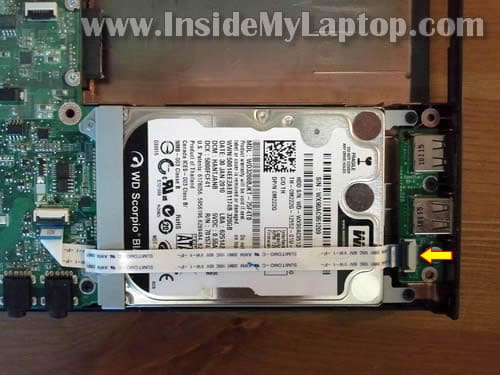 Slide hard drive assembly to the right to disconnect it from the motherboard. 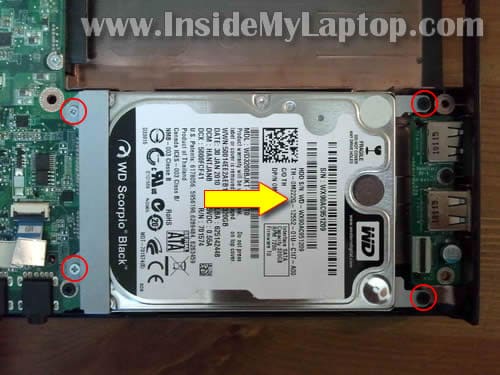 Lift up and remove the HDD assembly. 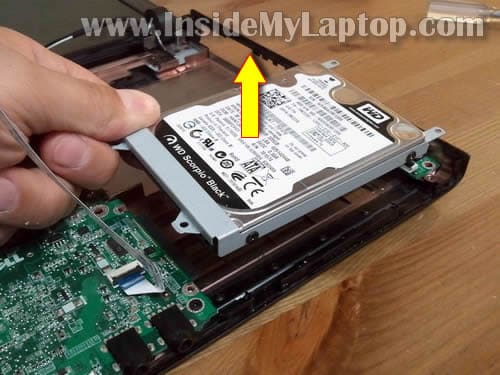 Remove two screws on each side of the hard drive.

Separate the mounting bracket and transfer it to the new drive drive. 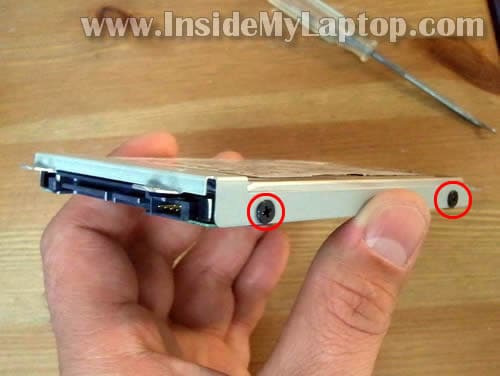