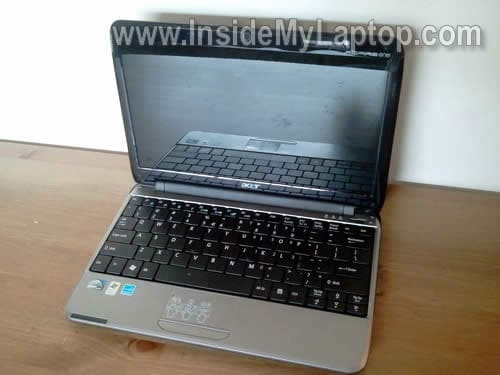 In this post I explain how to take apart an Acer Aspire One netbook.

In this particular guide I’m taking apart an Acer Aspire One A0751h netbook (Also says Model No. ZA3 on the bottom).

I don’t know if all Acer Aspire One netbooks are similar but I think this guide should work for a few different models. If the guide works for your netbook, please mention the model number in comments after the post.

First of all, make sure the netbook is turned off and battery removed.

I’ll start taking it apart with removing the keyboard.

The keyboard is secured on the top with four spring loaded latches.

I pointed to these latches with yellow arrows. 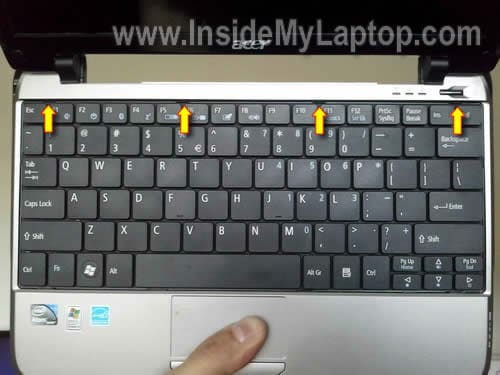 Push on each latch with a sharp object.

When you push on the latch, the keyboard lifts up a little bit and the latch remains in the pushed position. 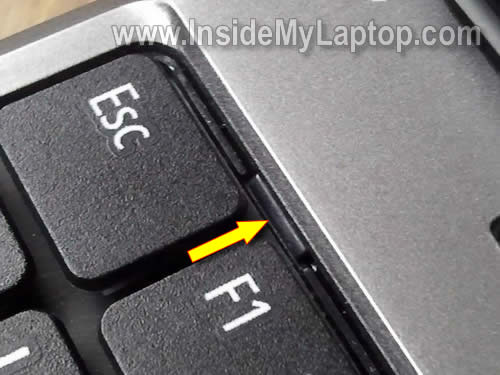 There are two more plastick latches on the left and right sides of the keyboard.

These two latches do not move, they are part of the top cover assembly. 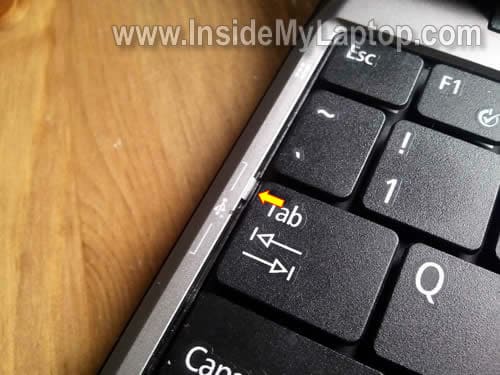 Insert a thin object (I’m using a knife blade) between the left side of the keyboard and top cover and carefully lift it up.

I assume that four spring loaded latches on the top of the keyboard still pushed in. 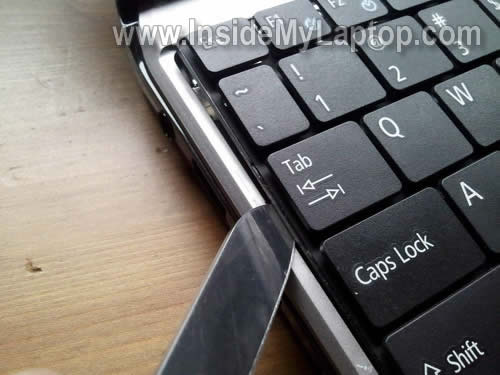 After the left side of the keyboard lifted up, you can continue removing it with your fingers. 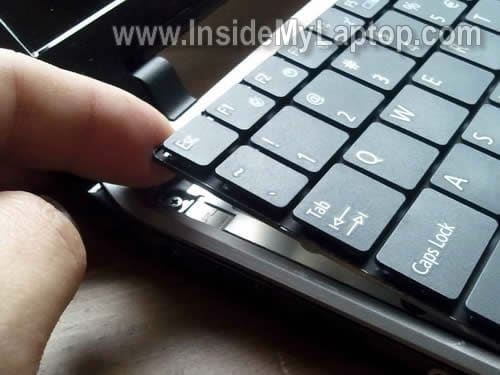 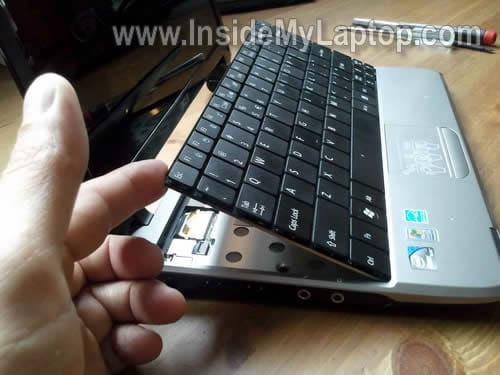 NOTE: you cannot remove the keyboard until the connector is unlocked and ribbon cable released. 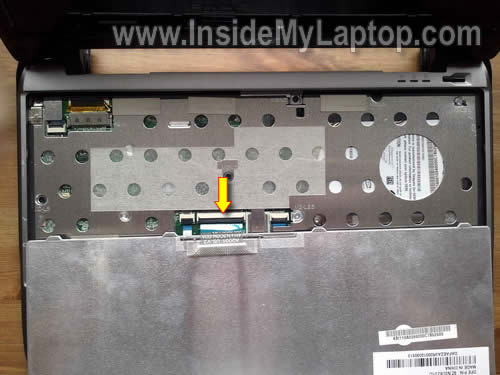 In order to unlock the keyboard connector, you have to lift up the left side of the brown clip so it opens up at a 90 degree angle.

NOTE: the brown clip must stay attached to the white base. On the next picture the same connector shown in the unlocked position. 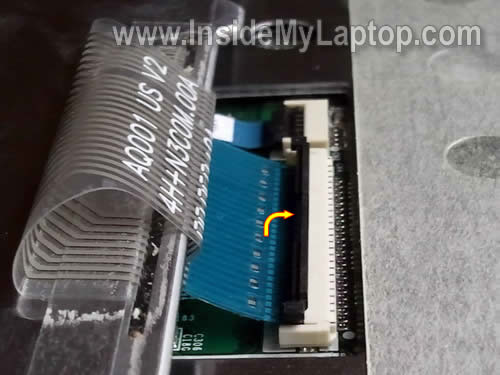 Now you can pull the ribbon cable from the connector and remove the keyboard. 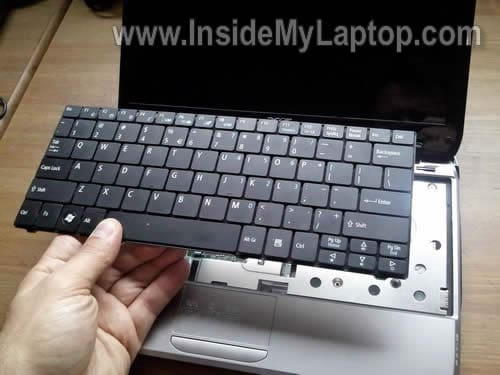 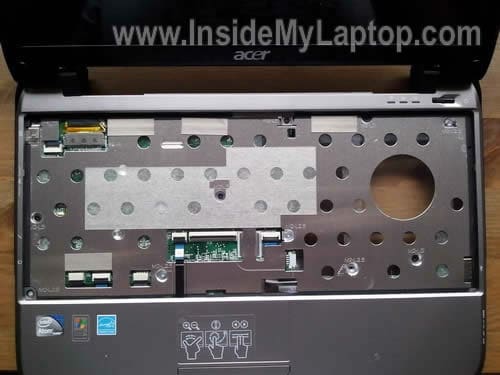 You can search for a new replacement keyboard using the part number printed on the keyboard label.

In my case the keyboard part number is: AEZA3R00010 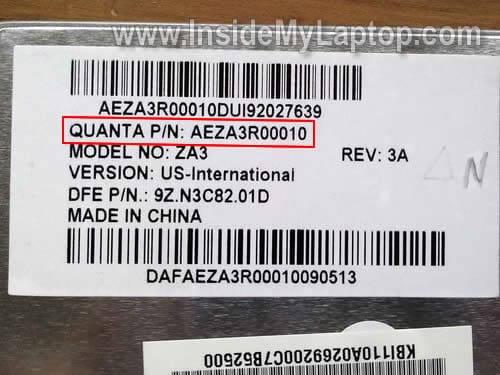 In the following few steps I explain how to remove netbook hard drive, memory module and wireless card. 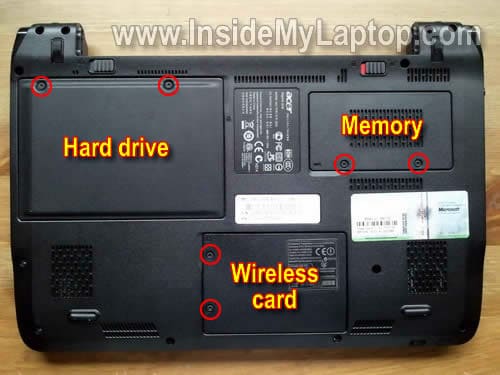 Remove one screws securing the hard dive assembly and slide the whole assemble to the left.

After the hard drive disconnected from the motherboard, you can remove it from the netbook. 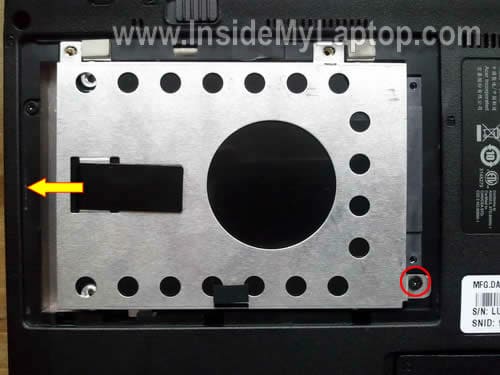 If you are replacing the hard drive, you’ll have to transfer the caddy to the new drive.

In order to remove the caddy simply remove four screws (two screws on each side) and separate it from the hard drive.

In my Acer Aspire One netbook I found a regular 160GB 2.5″ SATA hard drive installed. 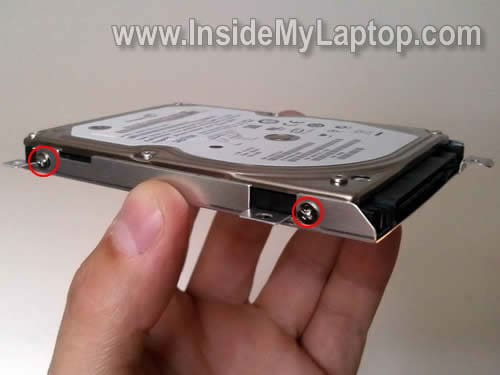 In order to remove the memory module carefully spread latches on both sides of the memory slot.

After the memory module pops up at a 30 degree angle remove it from the slot by the edges.

In my Acer nebook I found only one memory slot.

I believe you can install up to 2GB DDR2 RAM module into this slot. 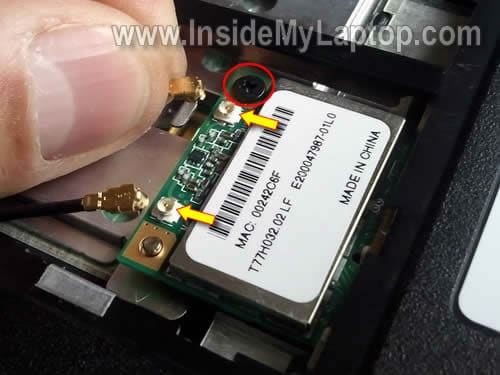 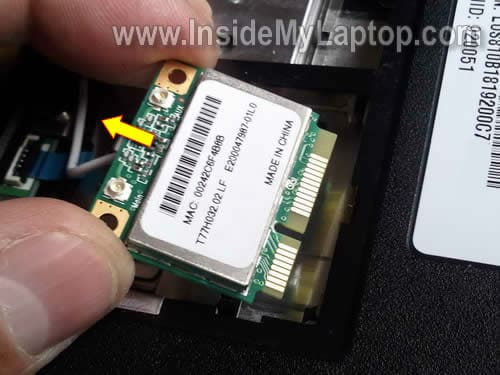 In the next post I explain how to remove the LED-backlit screen from same Acer Aspire One A0751h netbook.