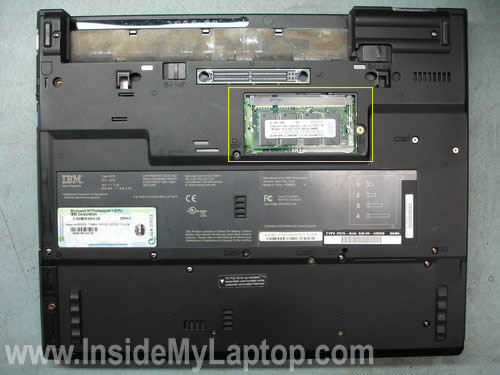 In my case I’ll be working with a ThinkPad T41.

It came with 512MB RAM installed. There are two 256MB modules.

One of them can be easily accessed through the door on the bottom. The second module is hidden under the keyboard.

Before you start, turn off the computer, unplug the adapter and remove the battery.

Remove the cover on the bottom.

Spread latches located on both sides of the slot until the module pops up at a 30 degree angle, as it shown on the picture below. 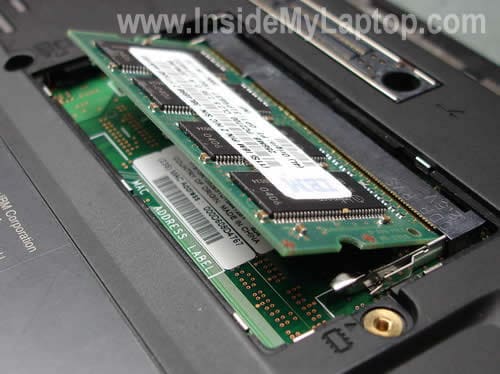 Grab the RAM module by the edges and pull it from the slot. 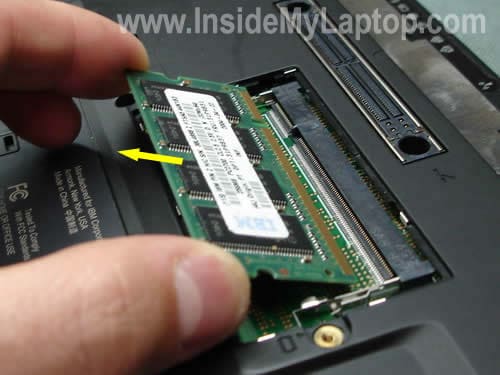 Removing memory module located on under the keyboard.

The second slot is located under the keyboard, so we’ll have to remove it first.

Remove four screws on the bottom. 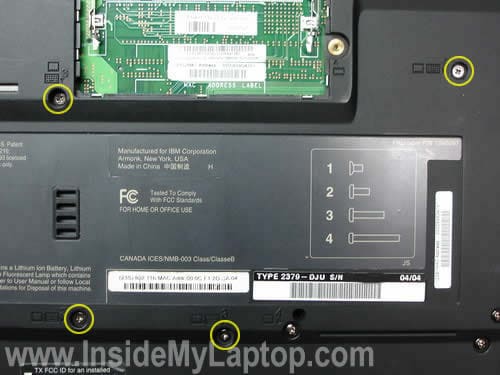 Insert a small flathead screwdriver between the keyboard and palm rest and carefully lift up the keyboard. 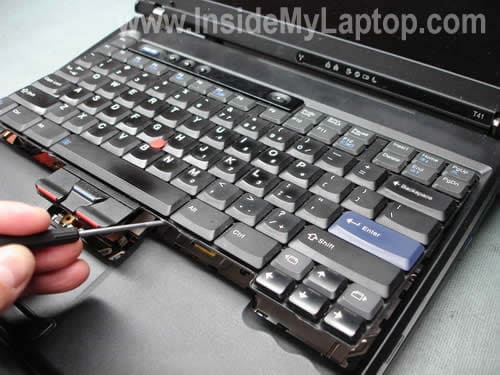 Place in on the palm rest so you can access the cable.

Disconnect the cable from the motherboard.

Now you can access the second memory module and upgrade it. 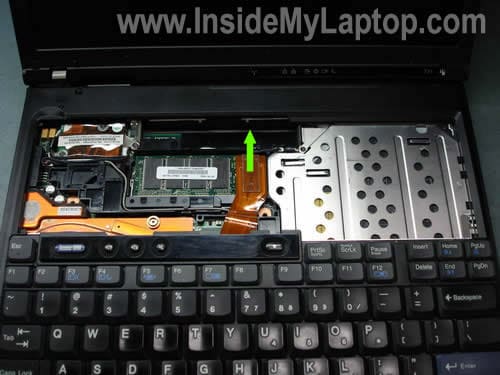 Remove the internal module the same way you removed the first one. 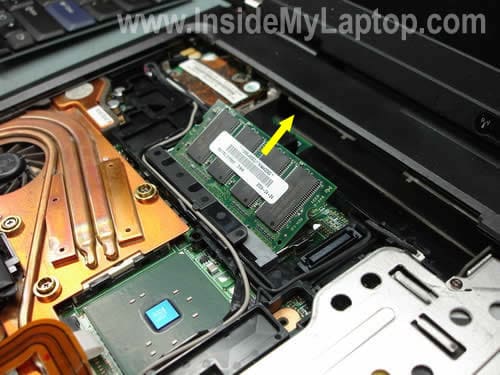 On the picture below you can see the original module.

According to the official hardware maintenance manual for ThinkPad T40/T40p, T41/T41p, T42/T42p, these model can take up to 2GB memory total.

You can install up to 1GB module into each slot. 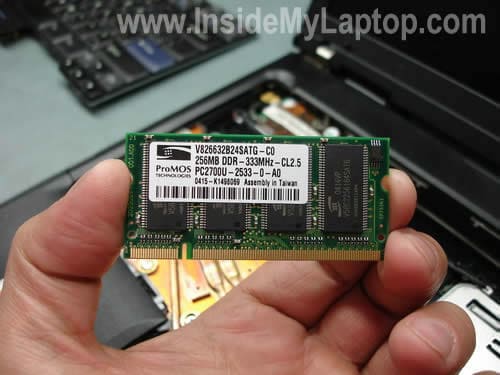