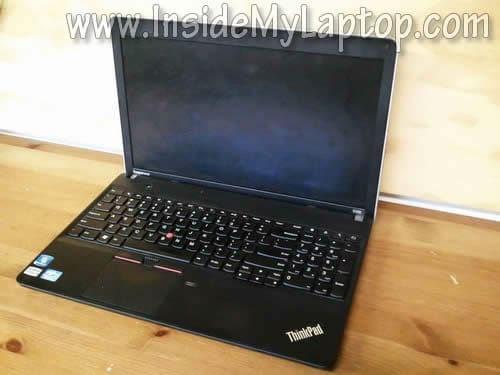 In the following guide I explain how to remove and replace the screen on a Lenovo E530 laptop.

In my case it failed and started showing thin vertical lines running from top to bottom.

There are four square screw covers on the display bezel. 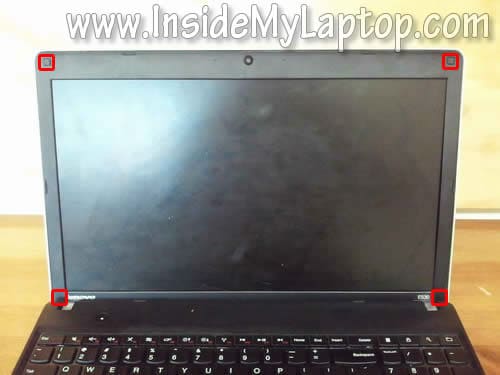 Using a sharp object remove screw covers from the top side of the display. 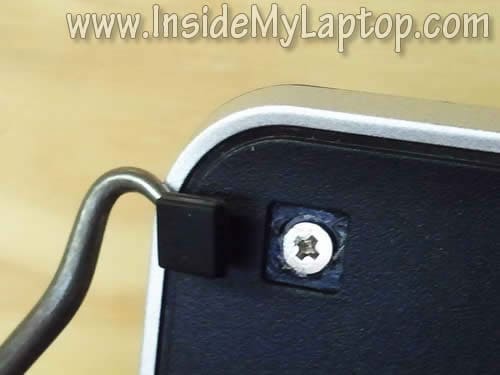 Remove two more covers from the bottom side. 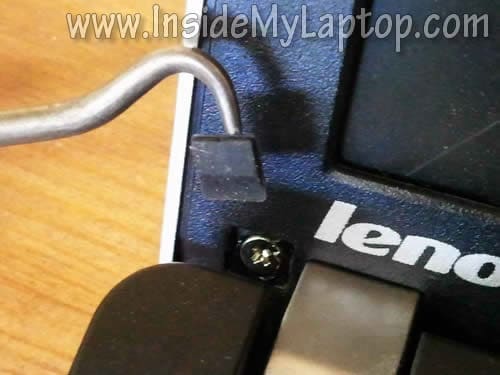 Remove all four screws located under those covers.

You’ll have to use a small screwdriver in order to remove bottom screws. 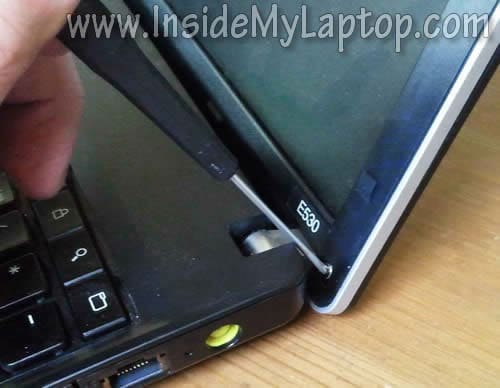 Insert your fingers under the bezel and start separating it from the display assembly.

You’ll have to wiggle the bezel in order to unlock hidden latches. 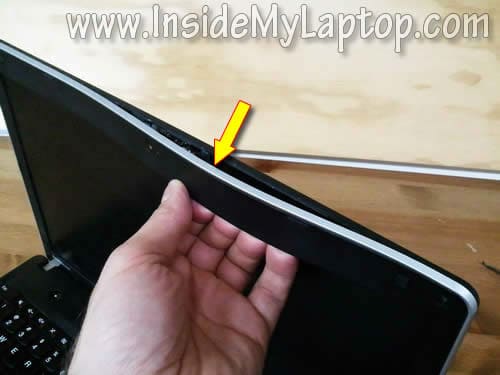 Continue separating the bezel on both sides of the display assembly. I’m using the guitar pick for that. 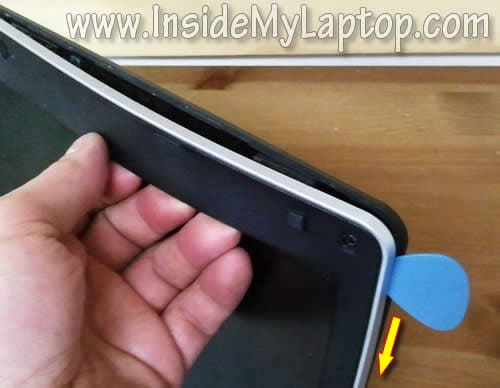 After the bezel separated on the top, move to the bottom side. 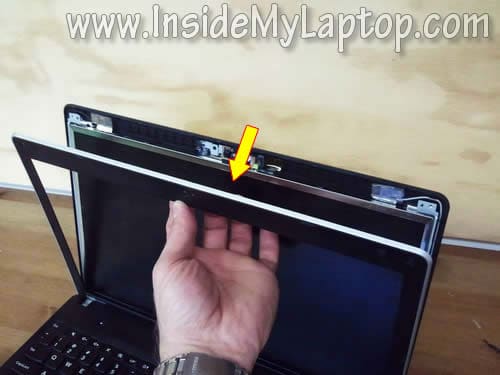 Lift up the bezel. As you see, the hinge cover is not part of the bezel. 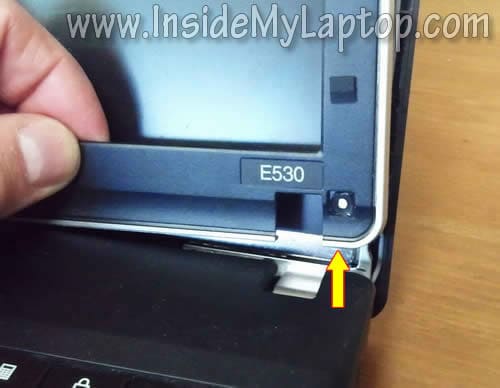 Remove the bezel from the display assembly. 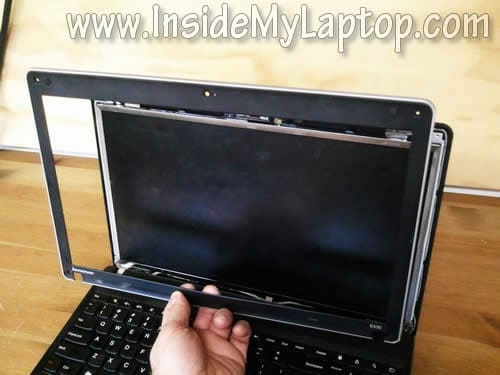 Carefully separate the LCD from the display back cover and remove three screws from the right mounting bracket. 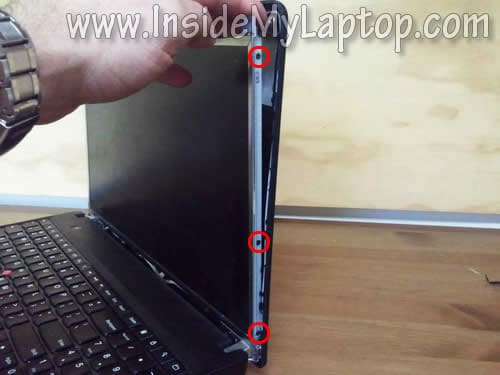 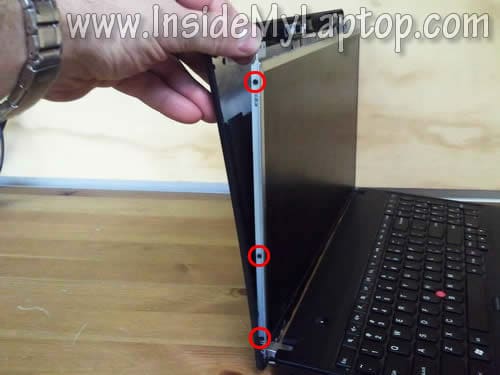 Now you can separate the LCD assembly from the display cover and place it the front side down on the keyboard. 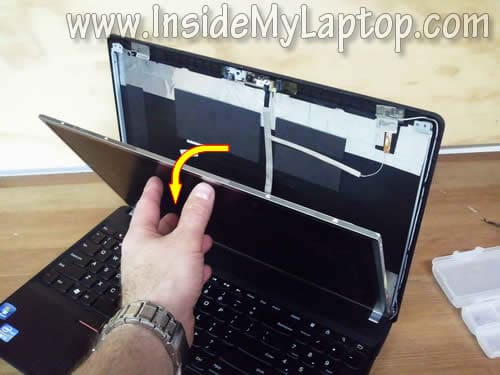 The next step will be disconnecting the video cable.

The video cable connector secured by clear tape. Carefully peel off the tape. 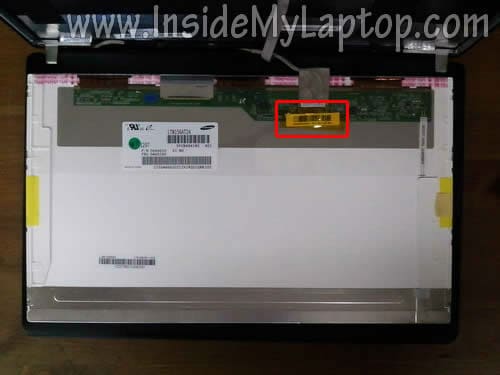 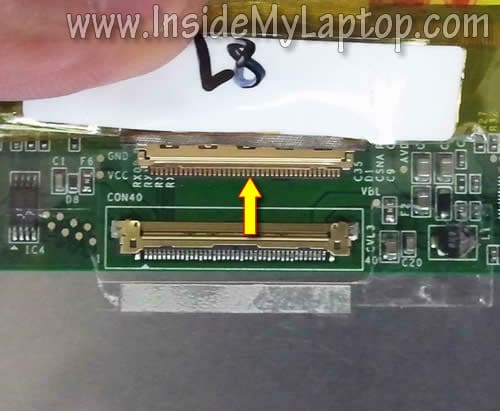 Finally, you can remove the failed LCD screen from the display assembly and replace it with a new one.

After the replacement assemble the laptop following all disassemble steps in the reverse order. 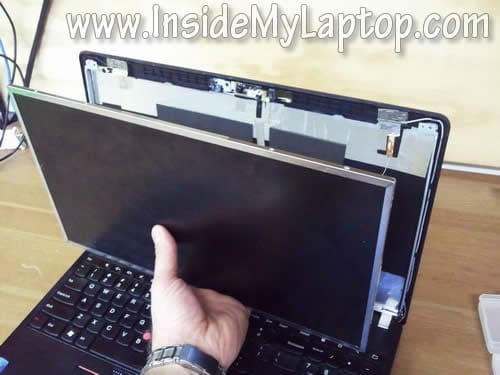 You can search for a new replacement screen using the model number from the original one.

The model number printed on the back label. In my case I had the following screen installed originally: model LTN156AT24. 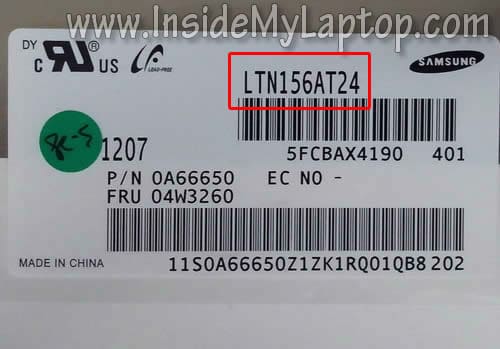