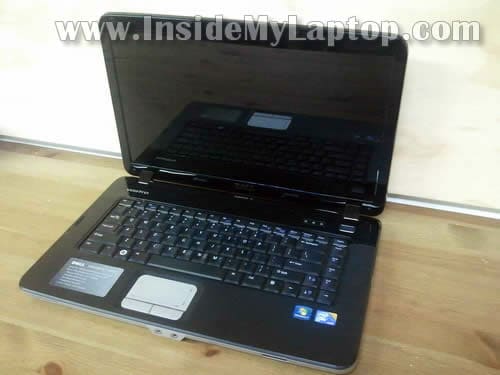 In this guide I explain how to replace failed or damaged LCD screen on Dell Vostro 1014/1015 laptop.

In my case I’m fixing a Dell Vostro 1015 model but all replacement steps should be the same for Dell Vostro 1014 and probably some other Dell models.

If this guide works for you please mention the model number in comments after the post.

Before you start the disassembly process make sure it’s turned off. 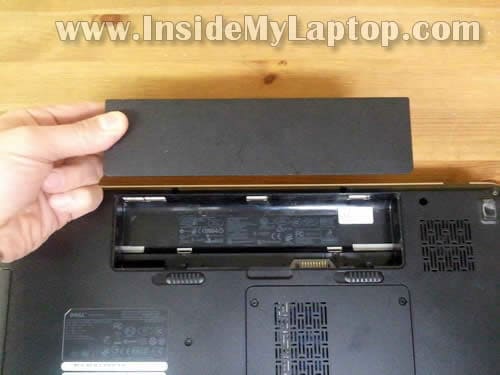 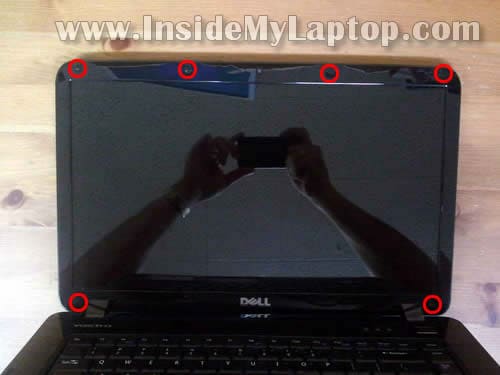 Remove all six covers with a sharp object.

Usually I glue covers somewhere on the bezel so they don’t get lost. 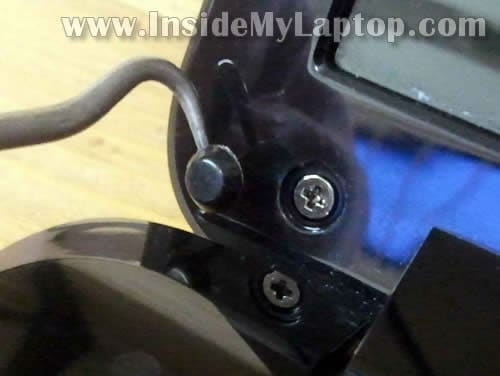 Insert your fingers under the bezel and start separating it from the rest of the display assembly.

You’ll have to wiggle the bezel a little bit in order to unlock hidden latches. 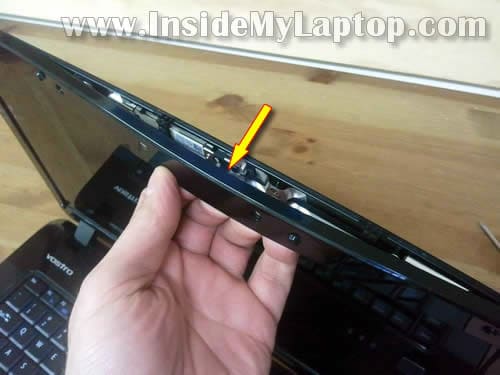 Continue separating the bezel on both sides of the display assembly.

You can use a piece of soft plastic (I’m using the guitar pick). Insert it between the bezel and back cover and slowly move along the side. 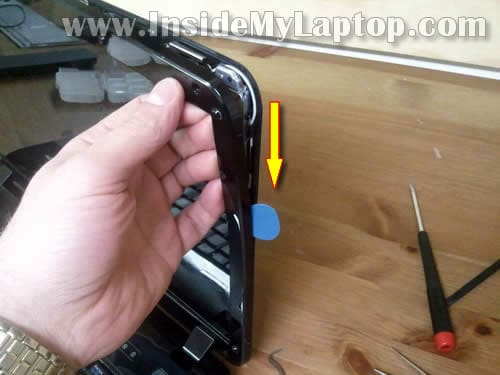 Now move to the lower part of the bezel.

Lift up the part which covers hinges with a screwdriver. 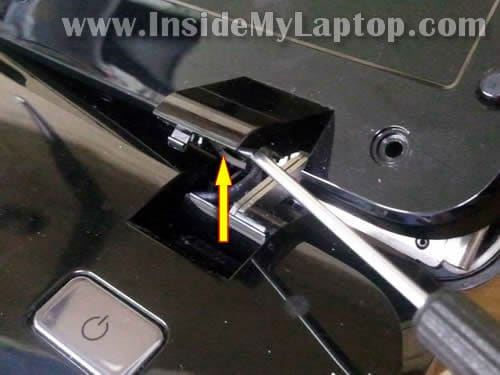 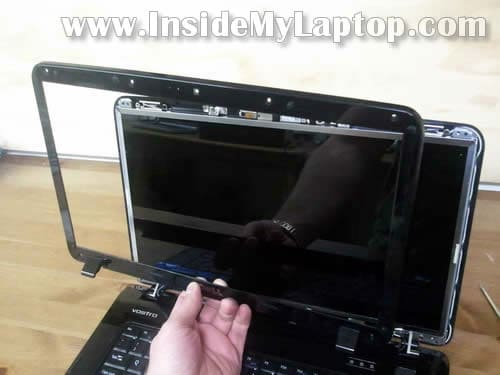 Loosen (do not remove completely) four screws securing display hinges to the display back cover. 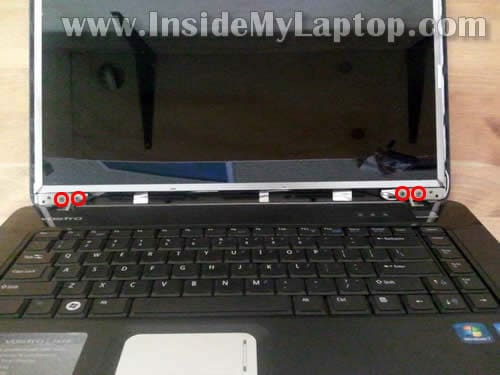 Before you proceed with the screen removal it’s necessary to disconnect cable from the web camera module. 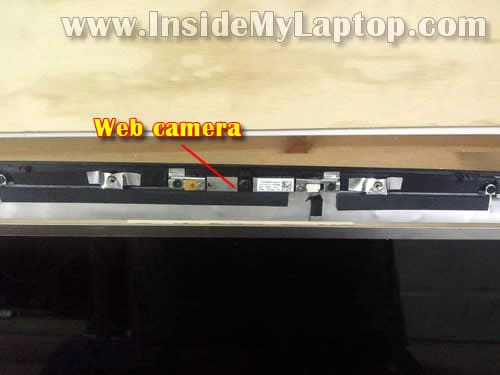 Carefully unplug the cable from the web camera. 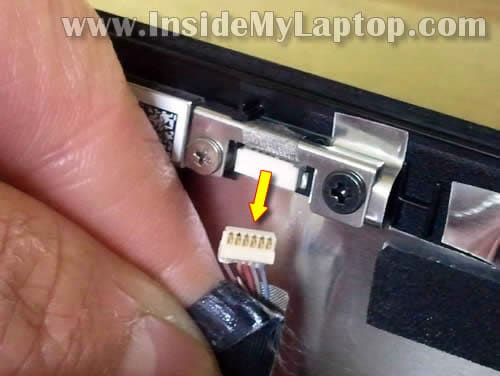 Separate the display back cover just enough to access screws on the mounting bracket.

These screws securing the LCD assembly to the mounting brackets. 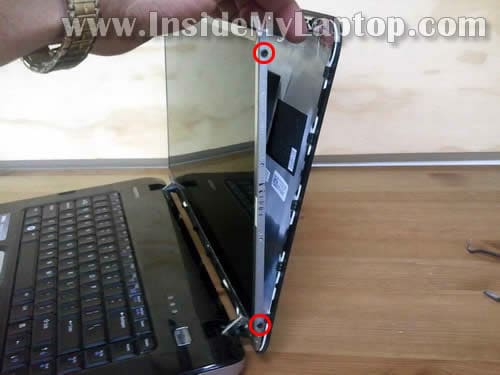 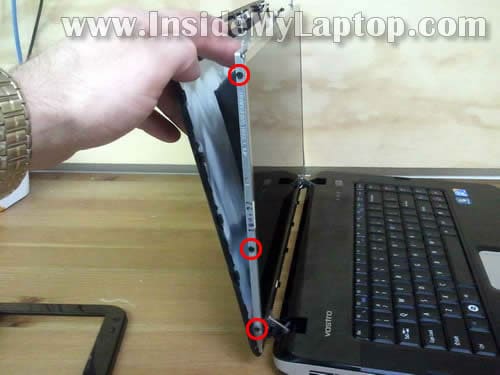 Now you can separate the LCD screen from the display back cover and place it face down on the keyboard. 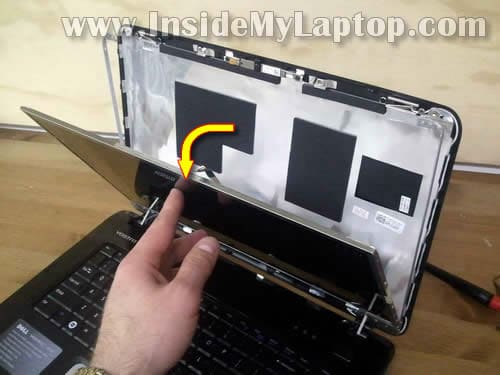 The video cable is glued to the back.

By the way, the web camera cable is part of the video harness. 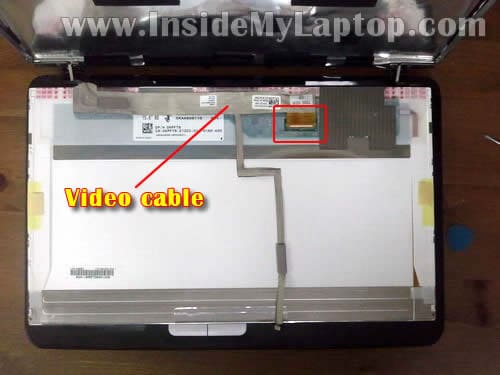 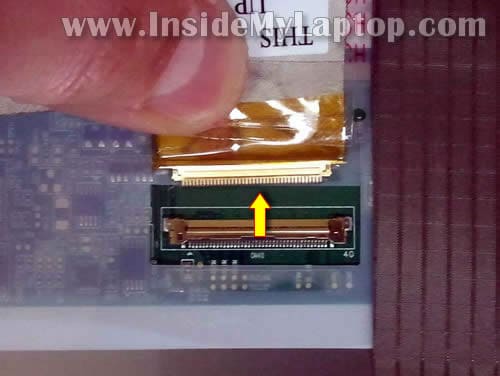 Now you can remove failed or damaged LCD screen and replace it with a new one. 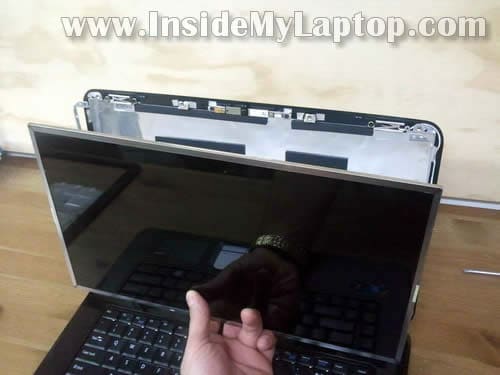 You can search for a new LCD using two different numbers:

NOTE: there could be more than one screen compatible with Dell Vostro 1014/1015 laptop. 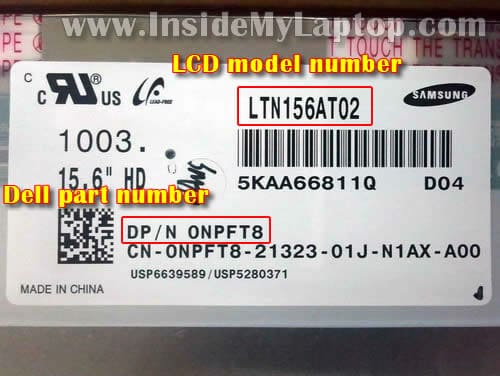