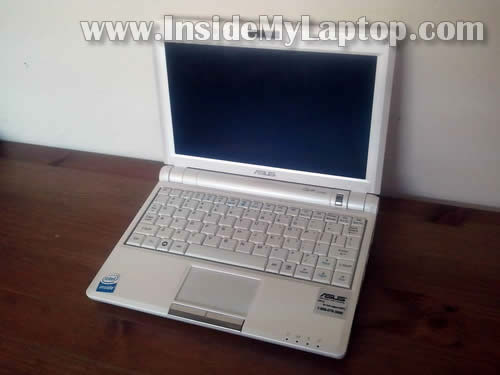 In this guide I explain how to replace failed keyboard on Asus Eee PC 900 laptop.

In my case a few keys stopped working

If yo do everything correctly, the whole replacement procedure shouldn’t take more than 15 minutes.

Before you start, turn off the computer and remove the battery.

The keyboard secured on the top with three spring loaded latches. 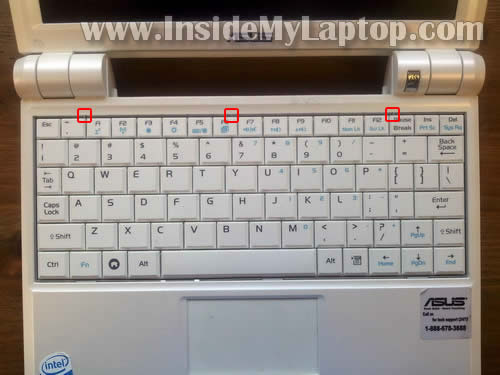 Push on each latch with a small screwdriver and at the same time lift up the keyboard a little bid so the latch stays in open position. 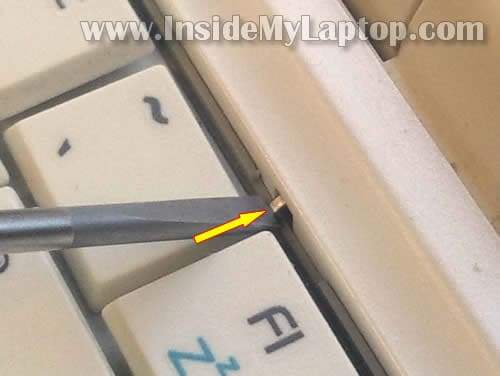 After all latches are released you can lift up the top side as it shown on the following picture. 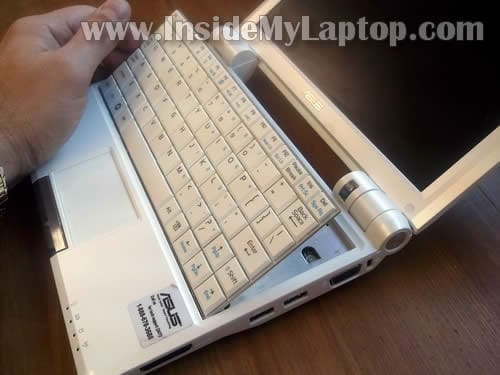 Move the keyboard towards the LCD screen and access the connector.

The connector has to be unlocked. 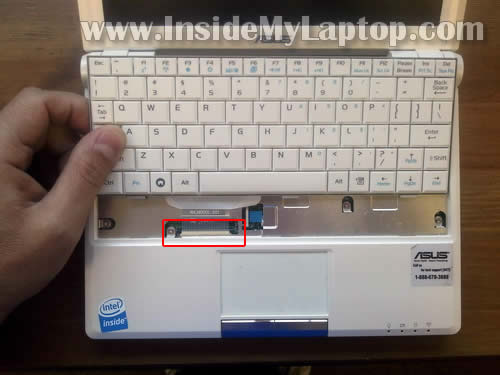 You unlock the connector by moving the brown piece about 2 millimeters towards the display.

The brown piece must stay attached to the white base. 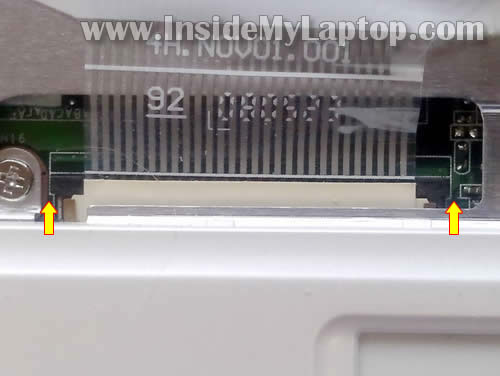 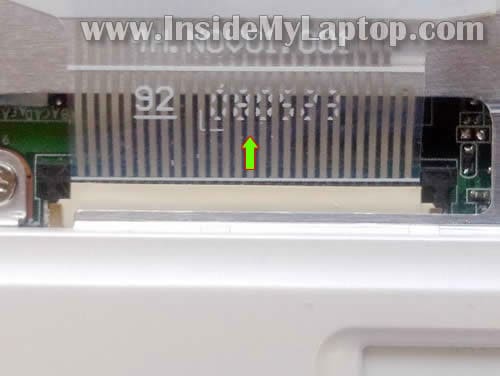 Finally, remove the failed keyboard from the laptop and replace it with a new one. 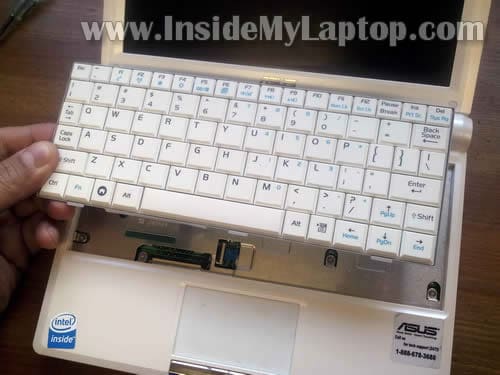