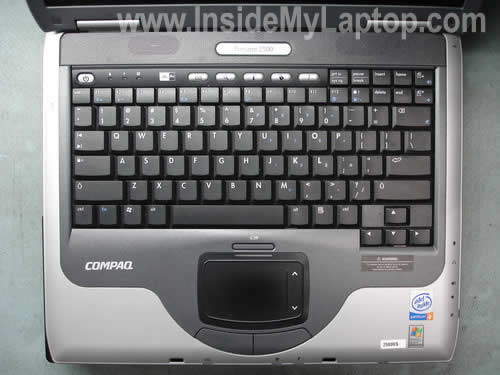 In the following guide I explain how to remove and replace the keyboard on a Compaq Presario 2580US laptop.

Also, you can use this guide for replacing the memory modules and hard drive.

The replacement procedure is relatively simple and you can easily do it yourself at home. Proceed on your own risk!

Compaq Presario 2580US is similar to many other HP/Compaq models. The disassembly procedure should be the same (or almost the same) for the following models:

First of all, turn off the computer, unplug the power adapter and remove the battery.

Start removing the hinge cover with a flathead screwdriver as it shown on the picture below. 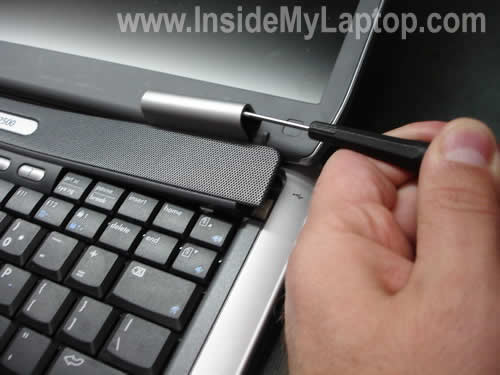 Be careful, there is a power button board attached to the cover which is connected to the system board. 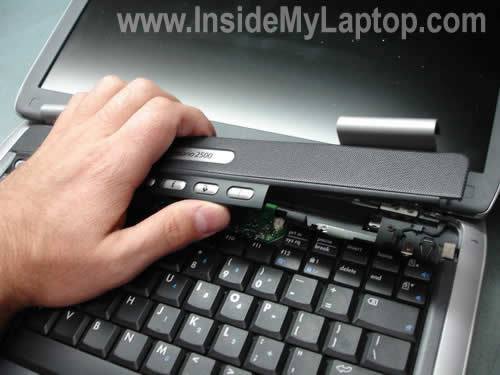 Place the hinge cover as it shown on the picture below. As you see, there are a couple of wires running from the cover to the system board. 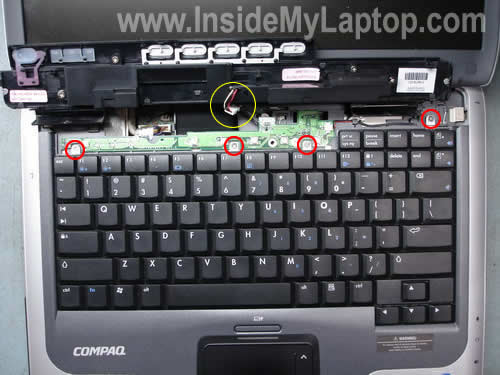 Carefully lift up the keyboard. 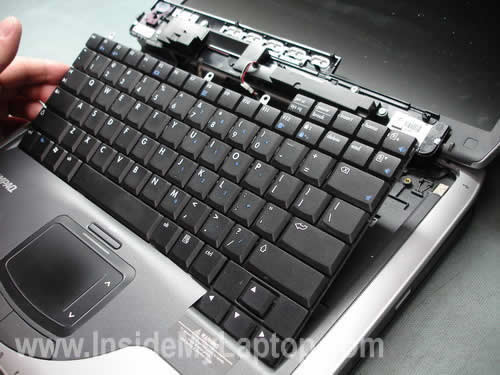 Place the keyboard so you can access the flat ribbon cable connecting it to the system board.

Before you can unplug the cable, you’ll have to unlock the connector. 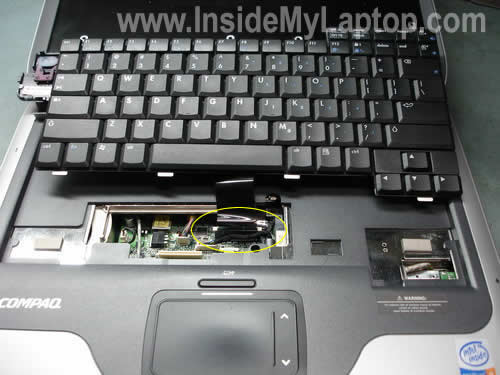 Unlock the connector by lifting up the white tab using your fingernails.

The white tab has to stay attached to the connector. Lift it up about 1-2 millimeters.

Now you can release the cable. 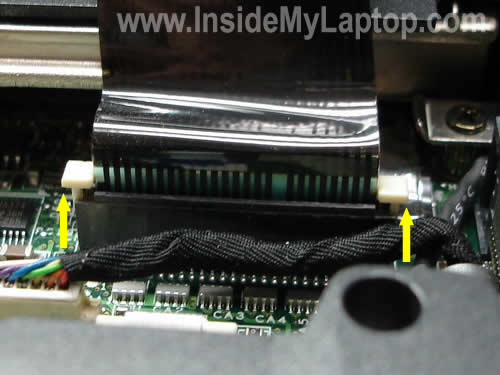 Remove and replace the keyboard with a new one. 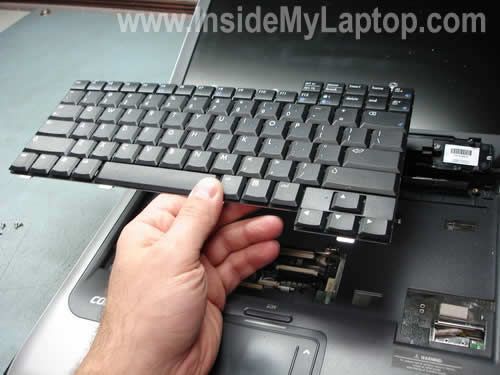 You can find a new replacement keyboard by the Compaq spare part number located on the back side sticker.

For your laptop the part number could be different.

Here are some other components you can replace in your Presario 2580US yourself. 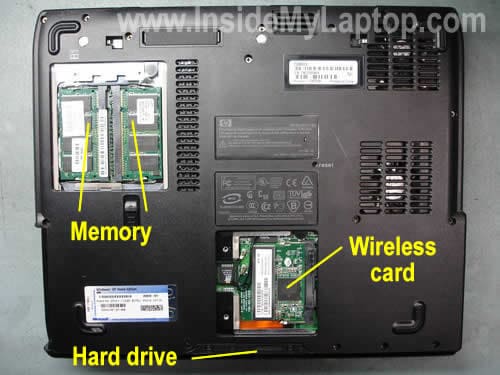 One of the screws is hidden under the rubber seal (yellow square).

Remove the rubber seal with a sharp object and remove the screw. 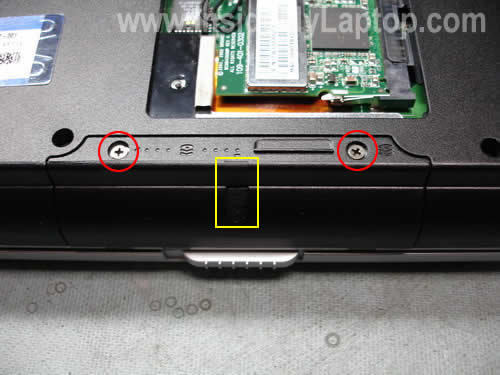 Pull the hard drive assembly from the laptop. 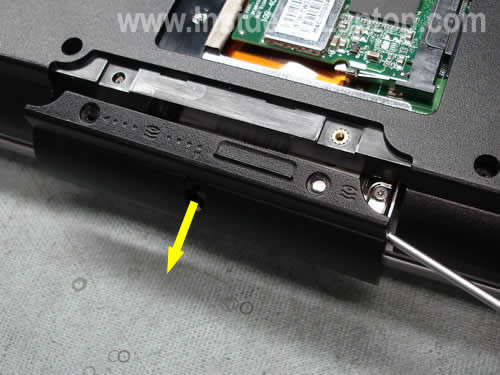 Now remove two screws on each side of the caddy and replace the hard drive with a new IDE drive.

NOTE: your hard drive has a small jumper connecting two pins. I believe this jumper sets the hard drive to “Cable Select” mode. It’s likely that you have to transfer the jumper to a new hard drive in order to get it recognized by the laptop. 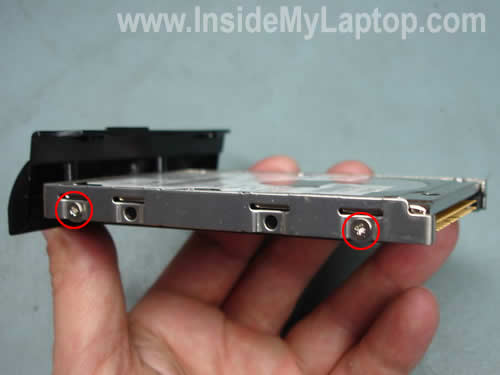