In this guide I’ll explain how to remove the keyboard and replace the internal memory module on a HP Compaq nc6400 series laptop.

HP Compaq nc6400 has two memory slots. One of them can be easily accessed from the bottom but the second one is hidden under the keyboard. In order to replace the internal module you’ll have to remove the keyboard.

First of all, turn off the notebook, unplug it from the power adapter and remove the battery.

There are three screws securing the keyboard on the bottom.

You can remove these screws with a #8 torx or flathead screwdriver. Remove all three screws. 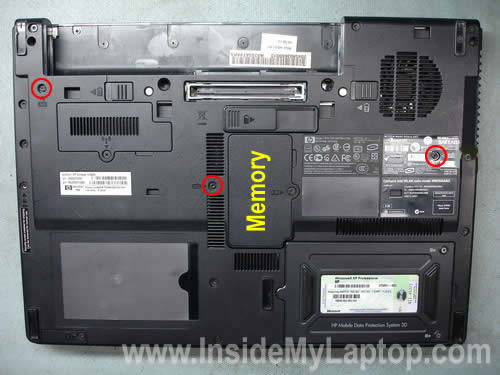 There are four small latches located in the top row of keys on the keyboard.

Unlock all four latches by moving them down with your fingernail. 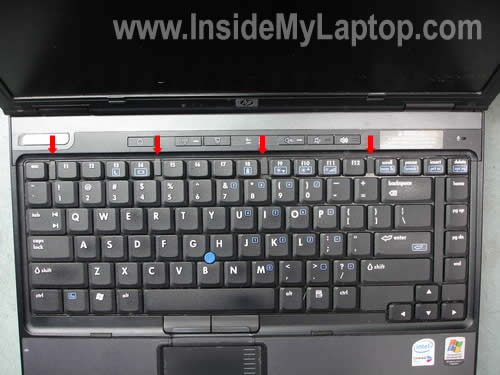 Now you can lift up the keyboard as it shown on the picture below.

Be careful, it is still attached to the motherboard. 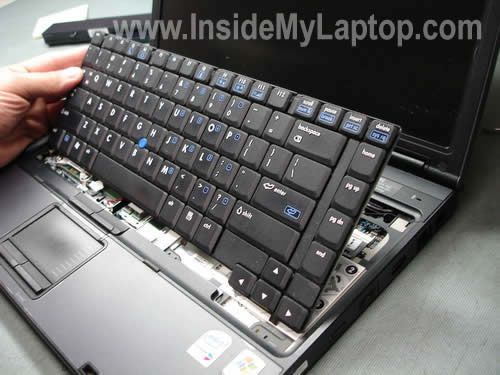 It is possible to remove and replace the internal RAM module WITHOUT disconnecting the keyboard.

Carefully slide the keyboard aside and access the RAM slot.

I show how to disconnect and remove the keyboard only for readers replacing the keyboard.

Place the it upside down on the palm rest. You will find two flat ribbon cables connected to the motherboard. 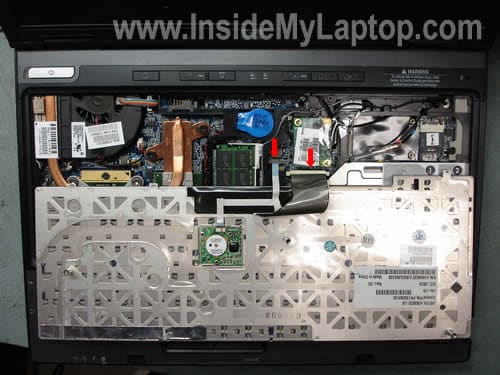 You’ll have to unlock both connectors in order to release the cables.

Each connector has a locking tab (one is white and another one is brown) witch has to be moved about 1-2 millimeters up.

Very carefully move both locking tabs up with your fingernails. Release both cables and pull them from the connectors. 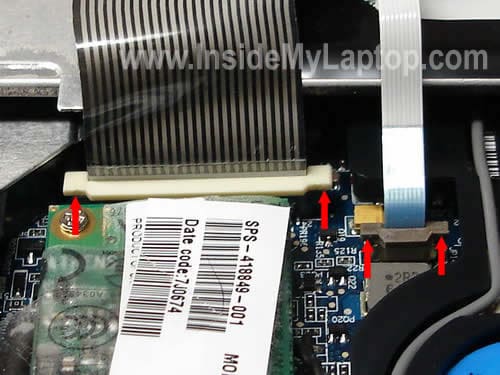 Now you can remove the keyboard and replace it with a new one if necessary. 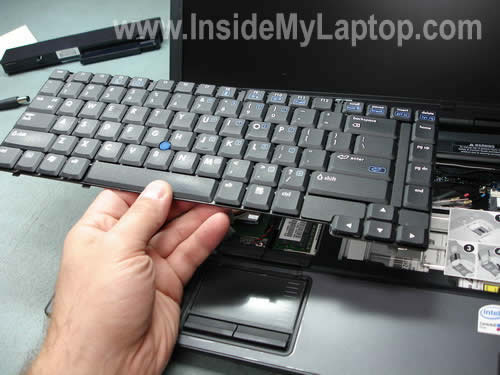 On the picture below you can see the hidden RAM slot.

Carefully push on two latches pointed with red arrows until the module pops up at a 30 degree angle.

Pull the module from the slot by the edges. 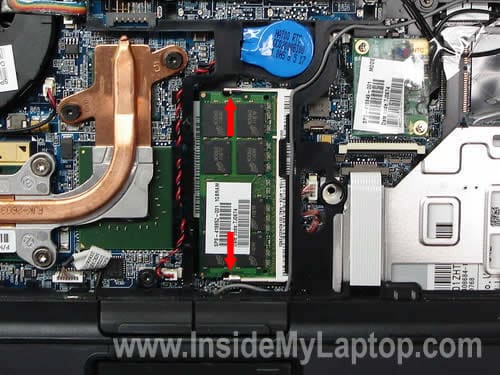 You can install up to 2GB RAM module into each slot.