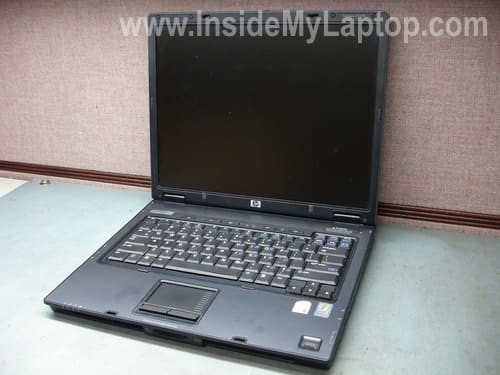 In this guide I explain how to remove and replace the display panel on a HP Compaq nc6320 (nc6300 series) notebook.

Also you can use this guide for:

Remove the battery. Under the battery you’ll find two screws (red circles) securing the switch board cover. Remove these screws. 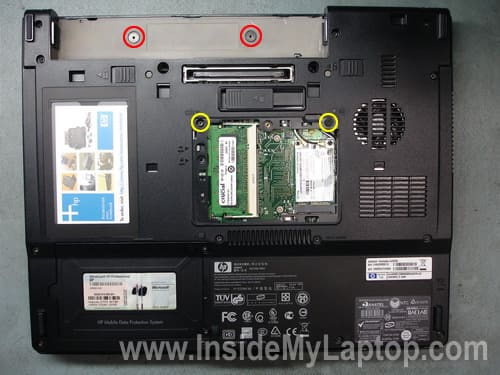 Turn the notebook over and release four latches securing the keyboard. 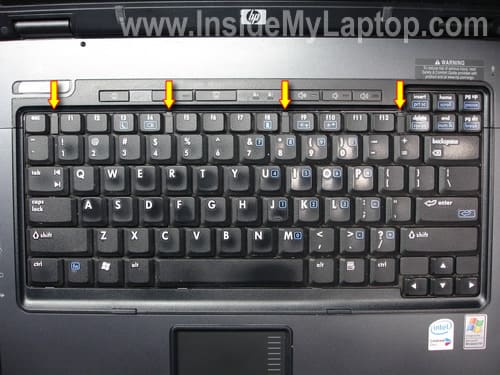 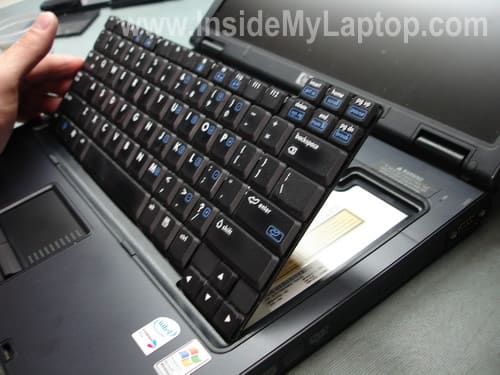 Now you can access and replace the internal memory module. This model can handle up to 2GB RAM total, so you can install up to 1GB RAM module into each slot. You should use PC2-5300 SODIMM RAM.

You can remove the cooling fan and clean the heat sink.

The CMOS (RTC) battery – a yellow battery on the right side from the processor heatsink.

If your computer sets default date and time after each reboot, the CMOS battery is bad and has to be replaced. Simply unplug the old battery from the motherboard and plug in a new one. 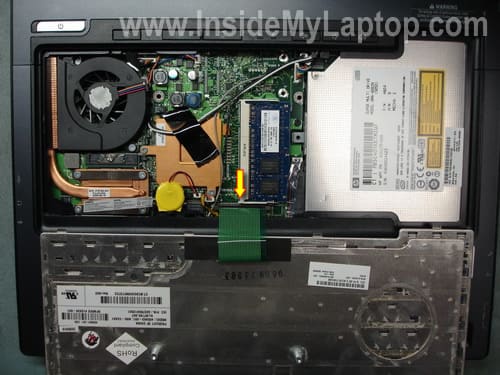 In order to remove the keyboard, you’ll have to unlock the connector and release the cable first.

Very carefully lift up the brown part of the connector about 2 millimeters. The brown part must stay attached to the base. 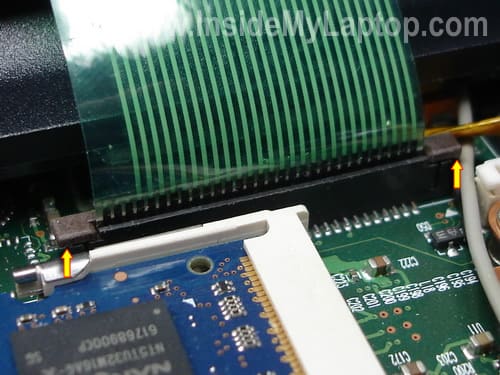 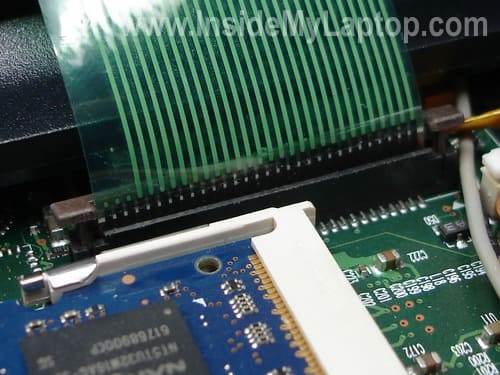 Remove and replace the old keyboard with a new one. 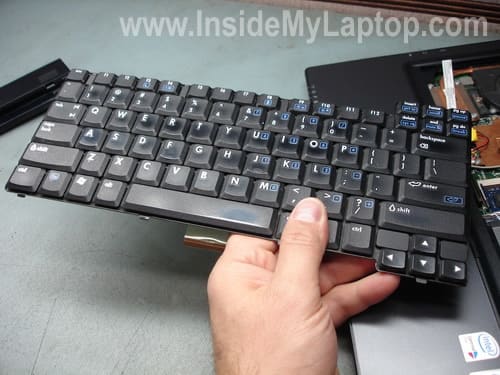 Unplug the switch board cable from the motherboard. 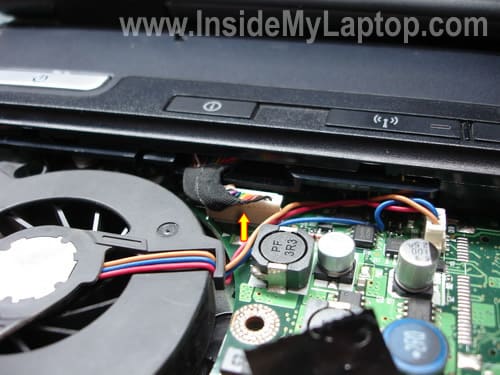 Lift up the switch board cover with a sharp object and remove it from the top cover. 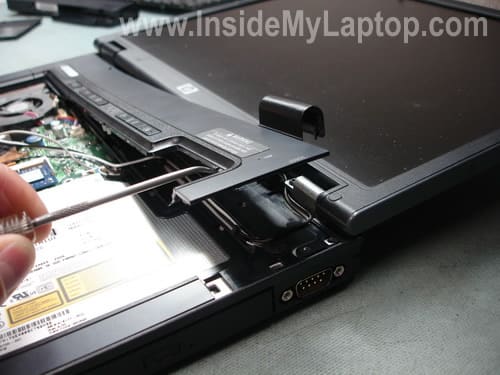 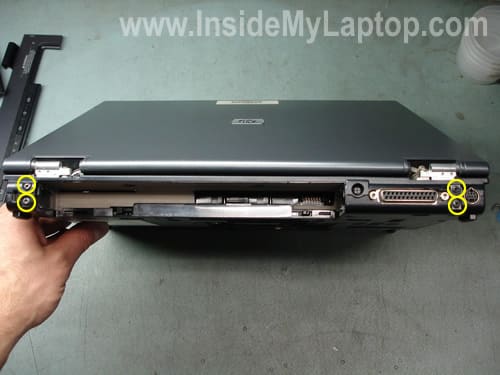 Unplug the video cable connector from the motherboard. 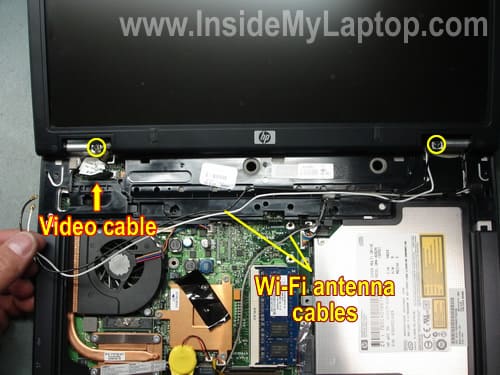 Remove the display panel from the laptop and replace it with a new one if necessary. 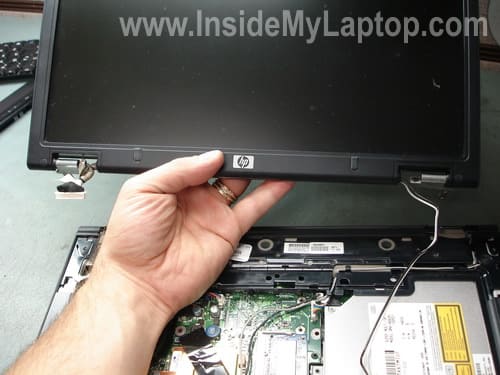 You can find a new display panel using the HP SPS part number witch could be found on a sticker located close the video cable connector. 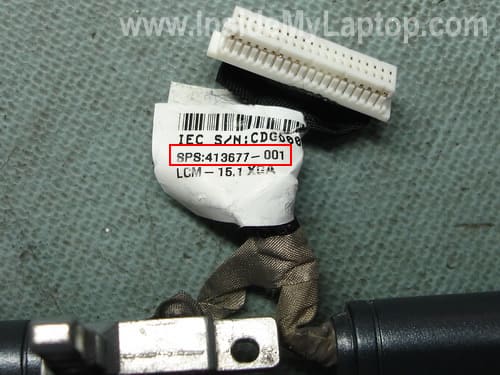