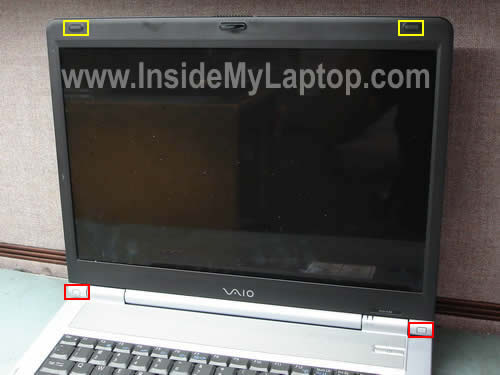 In the following guide I will open up the display panel to remove and replace the screen on a Sony Vaio PCG-K series laptop.

As an example I’ll be taking apart a Sony Vaio PCG-K33 model. These instructions should work for many other models in the PCG-K line.

There are four screws securing the display bezel (mask) to the LCD cover. These screws are hidden under four rubber covers. Two black covers on the top of the bezel (marked with yellow squares) and two white covers on the bottom (marked with red squares). 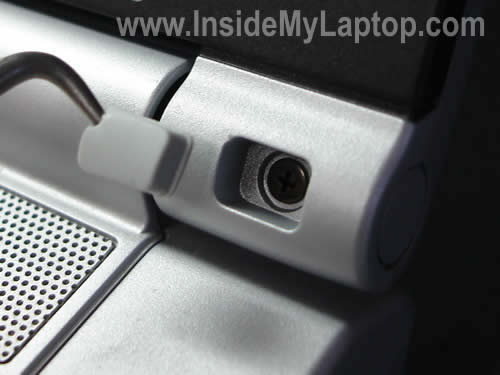 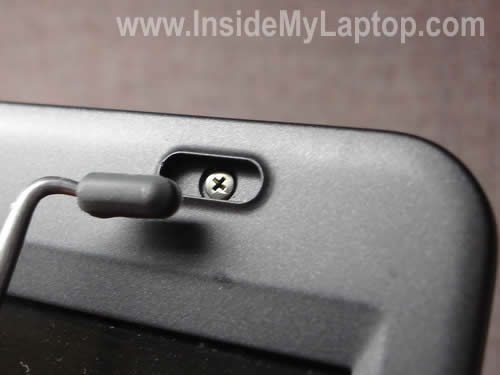 Now you can start removing the display bezel as it shown on the picture below.

Carefully release the bezel from under the hing cover with your fingers. 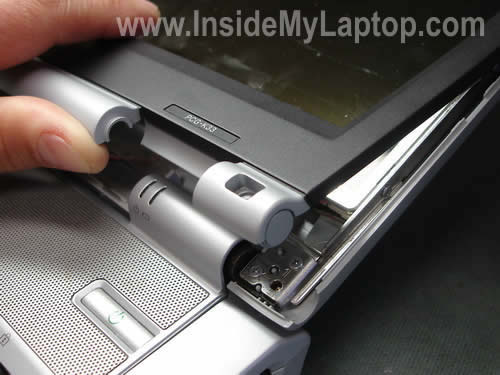 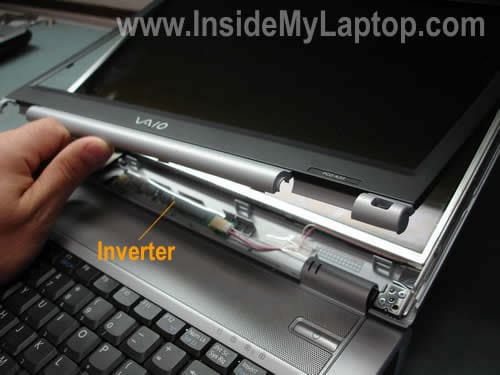 Finally, the bezel has been removed. 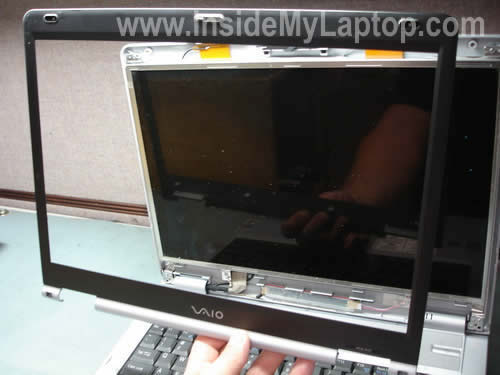 The screen inverter is mounted on the bottom side of the display cover.

There are no screws securing the inverter in this model, it’s simply glued to the cover.

Carefully unplug cables from both sides of the inverter. 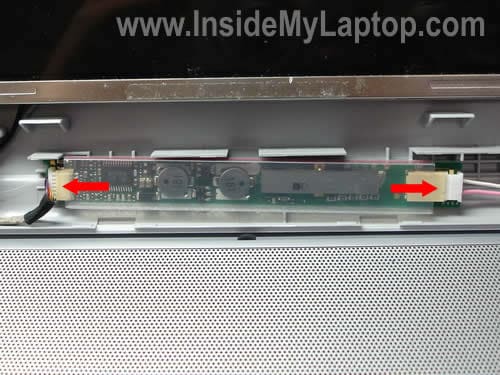 The inverter board has been removed. 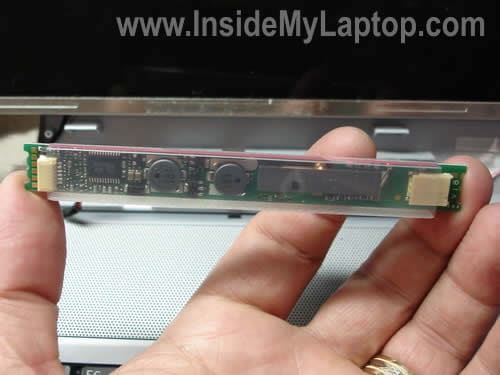 Remove six screws securing the display assembly to the cover. 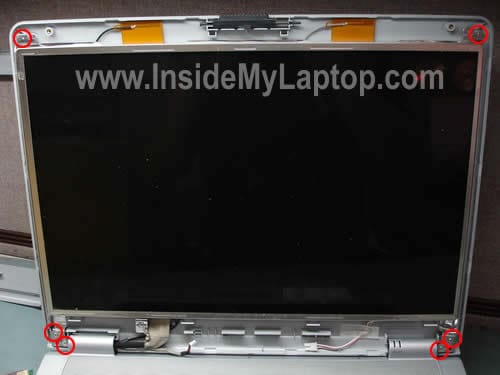 Now you can separate the LCD panel from the cover and access the video cable on the back.

The video cable has to be disconnected. 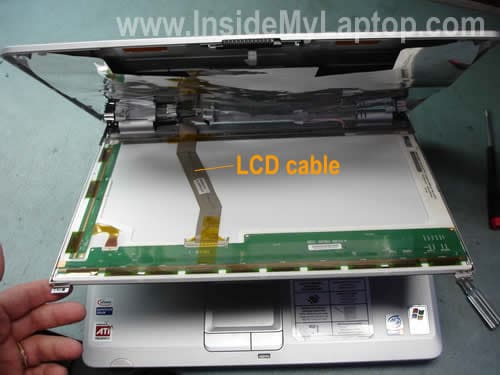 Carefully push on latches securing the connector and pull the cable out. 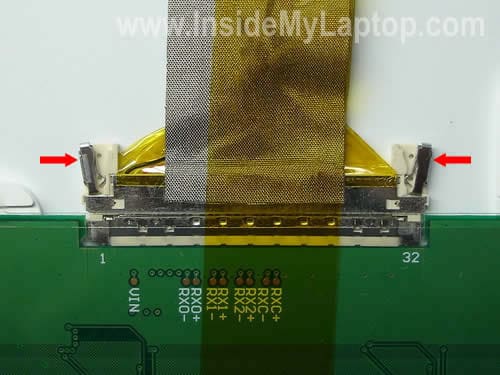 After that you can separate the LCD panel from the cover.

As you see on the picture below, the mounting brackets are still attached to the screen by four screws on each side.

Finally, you can replace the failed or damaged screen with a new one and assemble everything back together. 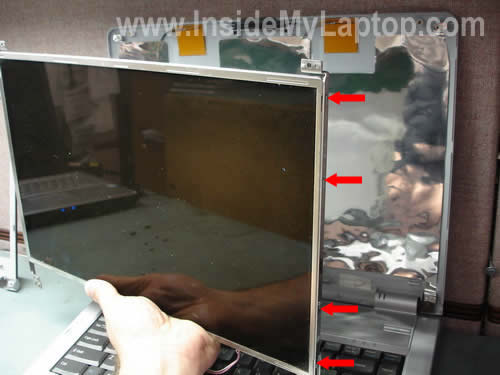 By the way, in one of the previous posts I explain how to access the power jack.