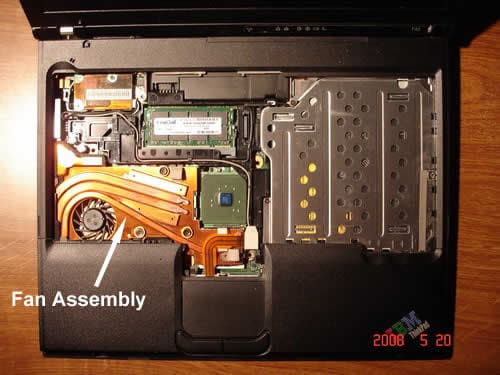 Let’s say you have an IBM ThinkPad laptop and when you turn it on all you get is a black screen with “Fan error” message. What could be wrong?

A few weeks ago, the fan in my trusty IBM T42 bought the farm. This resulted in the unit heating up considerably, as well as numerous “fan error” messages on bootup. It eventually became so bad that to boot up at all, I had to blow compressed air into the fan’s exhaust grill for 5-10 seconds, in order to fool the BIOS and make it believe the fan was actually spinning.

According to the IBM hardware maintenance guide (HMM) for ThinkPad T40, T40p, T41, T41p, T42, T42p this error message indicates a problem with the fan, you can find symptom-to-FRU index on the page58.

The symptom-to-FRU index in this section lists symptoms and errors and their possible causes.

You can easily replace the assembly after you remove the palm rest and keyboard. 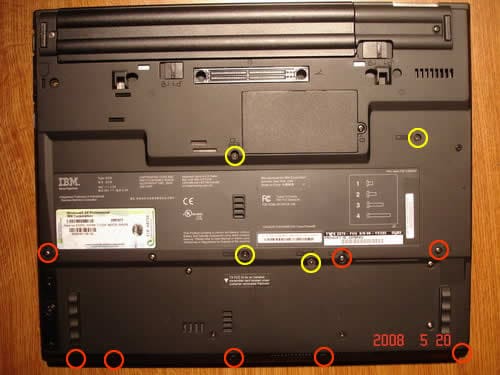 You’ll find step-by-step laptop disassembly and fan replacement instructions in the HMM in the chapter “Removing and replacing a FRU” on the page 70.

You can find a new fan assembly using the FRU number located on your failed fan, it might look like 91P8393, 26R7860, 13R2919, 13N5442, or 13R2657. Just google the FRU number and find a place to buy it from. Different laptop types with different screen sizes use different fans, so you have to find the correct one witch fits your model. If for some reason your fan assembly doesn’t have the FRU number, you’ll have to refer to the HMM page 216-217. On these pages you’ll find witch fan belongs to your laptop.
For example, if have a type 2378-FVU laptop with 15.0″ LCD screen, then you need a fan assembly with FRU: 13R2657 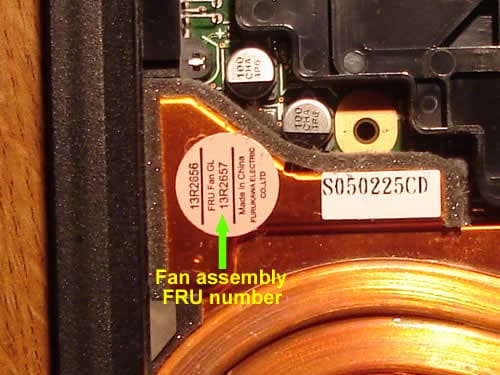