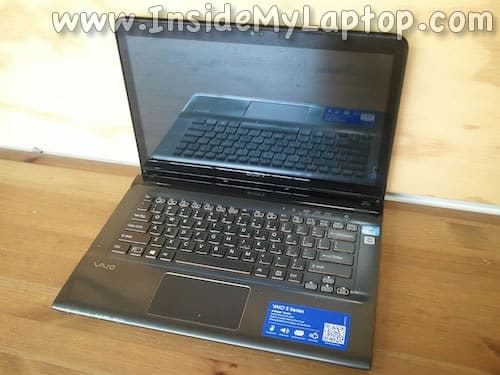 In this guide I will take apart a Sony VAIO E Series laptop.

Make sure the laptop is turned off before you start taking it apart. 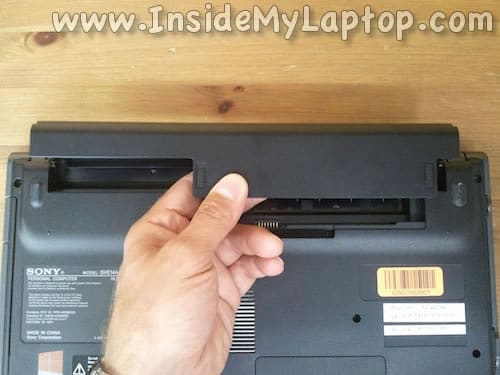 Lift up the cover and remove it. 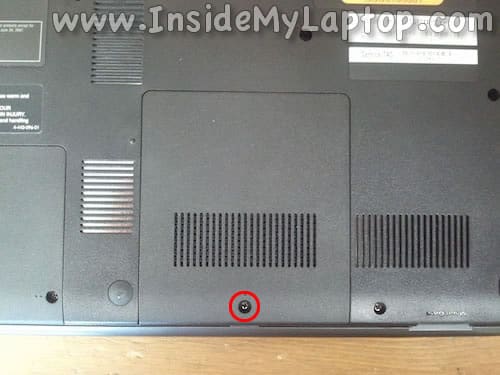 Under the cover you can access both RAM modules. 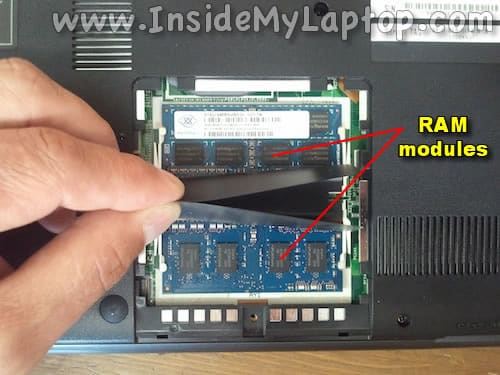 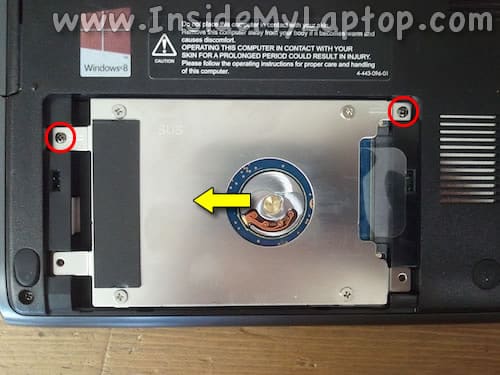 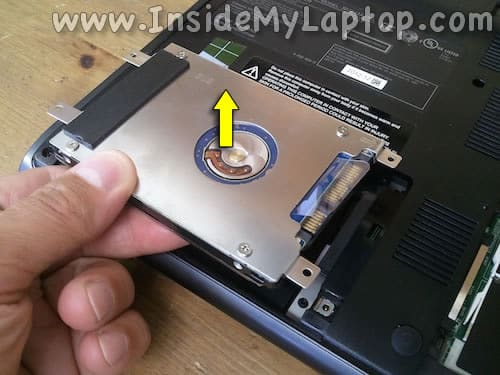 Slide the optical drive to the left and pull it out. 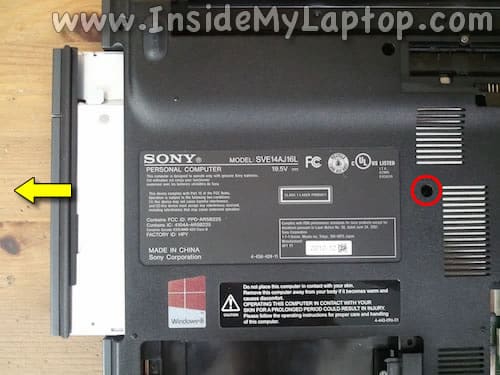 Remove all screws from the bottom cover.

Two hinge screws (green) are larger than other screws.

Two screws located in the battery compartment (yellow) are smaller. 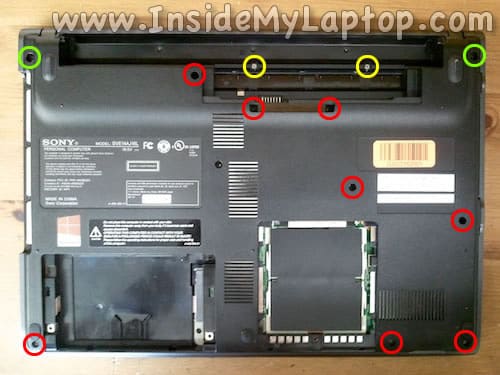 Start separating the bottom cover from the rest of the laptop.

You can use a guitar pick to split the case. 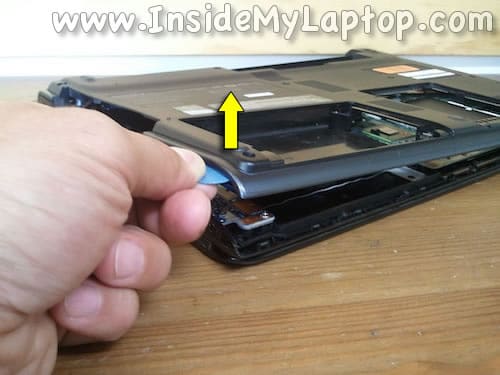 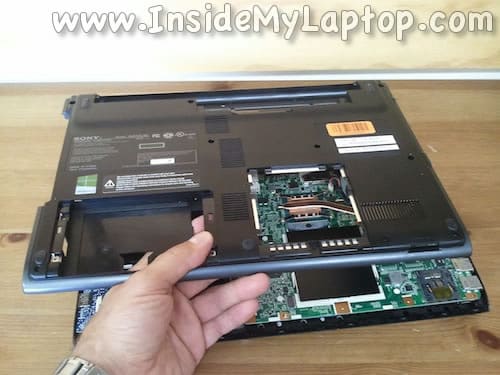 Under the cover you can easily access the following internal components: 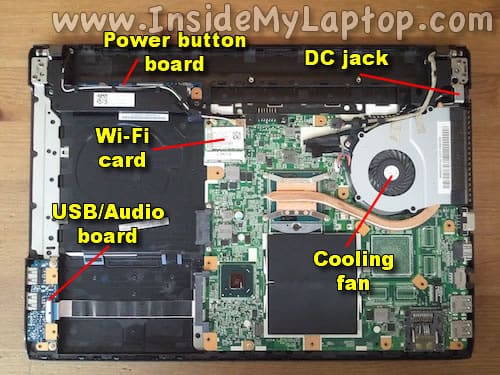 The microphone, headphone and two USB ports located on a separate board.

If one of the audio jack or USB ports is damaged, simply replace the entire board. 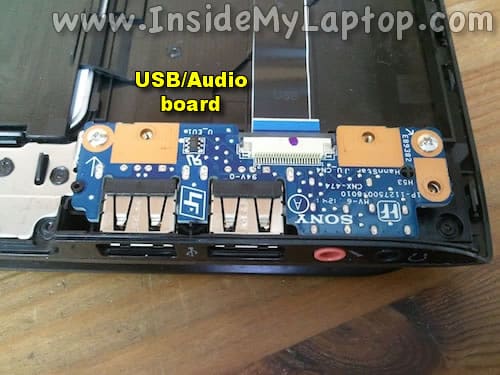 In order to remove the cooling fan assembly you’ll have to remove a few screws securing the heat sink and unplug the fan cable. 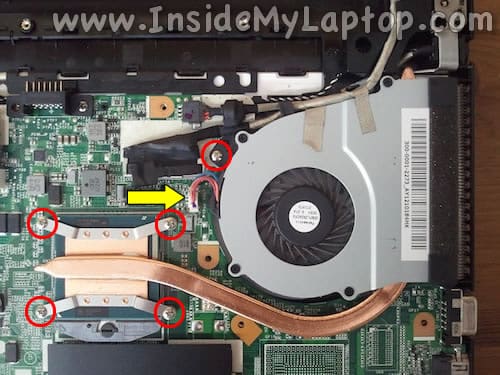 The DC power connector is NOT soldered to the motherboard. It can be easily replaced after you unplug the cable.

The DC connector secured to the case by a metal bracket. In order to remove the bracket you’ll have to remove the fan assembly first. 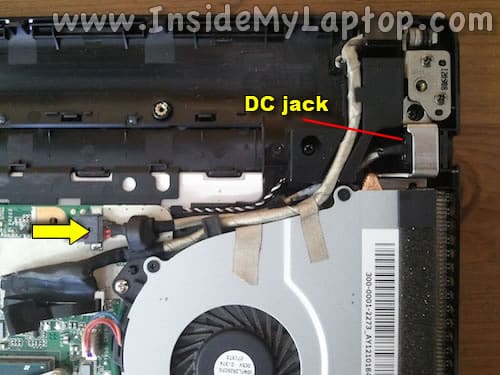 There are a few latches securing the keyboard to the case.

In order to remove the keyboard you’ll have to unlock these latches. 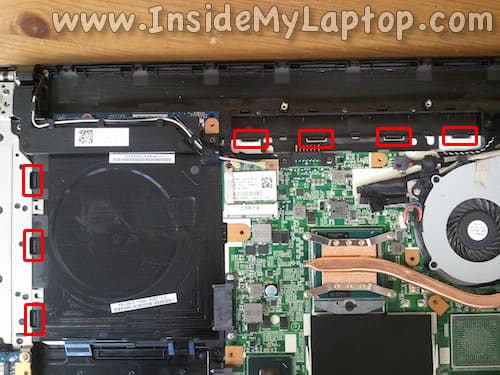 Push on a latch until it disengages from the case. 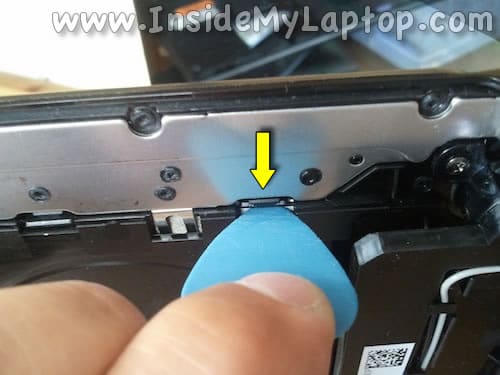 When the latch is disengaged, the keyboard will lift up a little bit.

Continue separating the keyboard from the case with your fingers and at the same time unlock remaining latches on the other side. 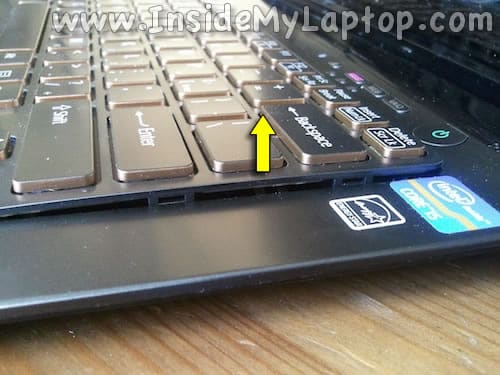 Separate the keyboard from the case and place it upside down on the palm rest. 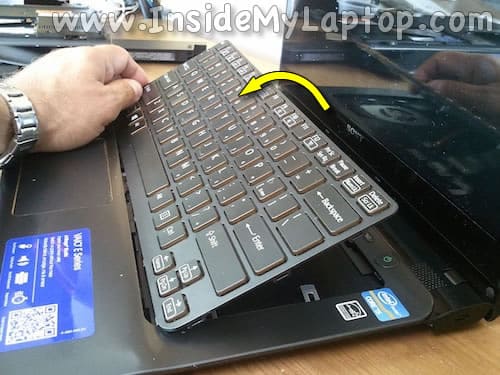 There are two cables connecting the keyboard to the motherboard. 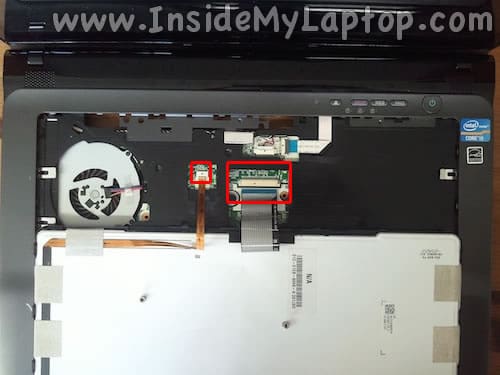 The backlight cable connector doesn’t have a locking mechanism.

Simply pull the cable from the connector. 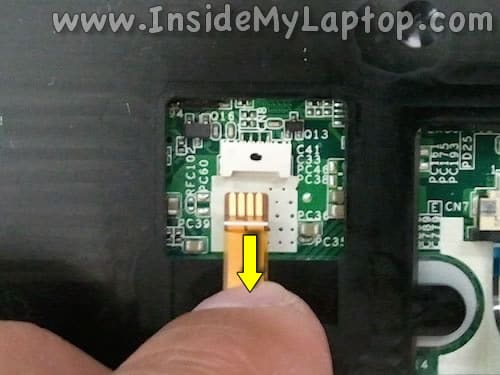 The data cable connector, on the other hand, has to be unlocked first.

Carefully slide the locking tab about 2 millimeters away from the connector.

The tab must remain attached to the connector. 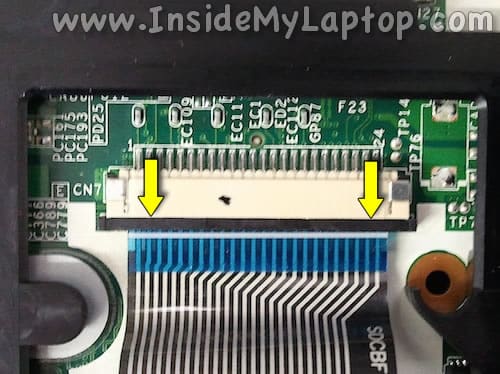 Now you can pull the data cable from the connector (it goes under the locking tab). 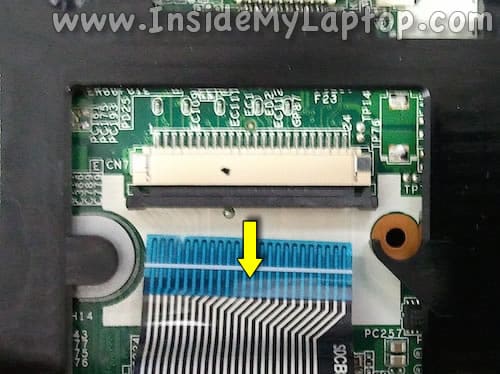 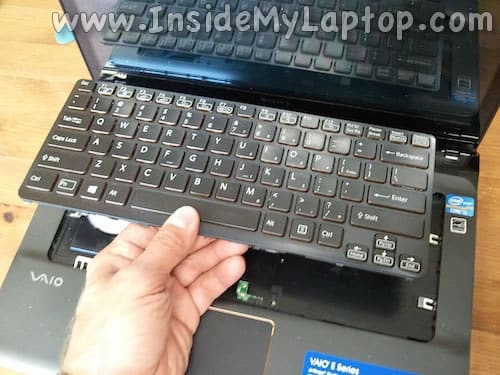 The power button board cable can be accessed when the keyboard removed.

The board itself secured to the other side by one screw. 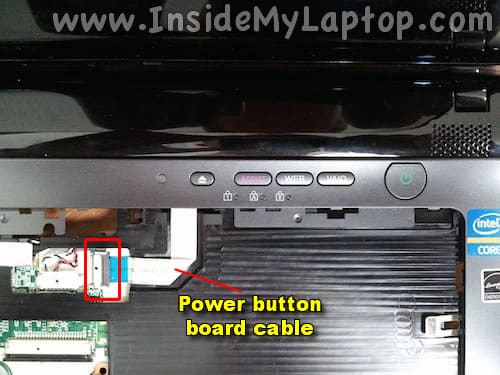 Here’s how to remove the cable.

First, lift up one side of the locking tab until it opens up at a 90 degree angle (yellow arrow).

Second, pull the cable from the connector.

Now you can easily remove the power button board if necessary. 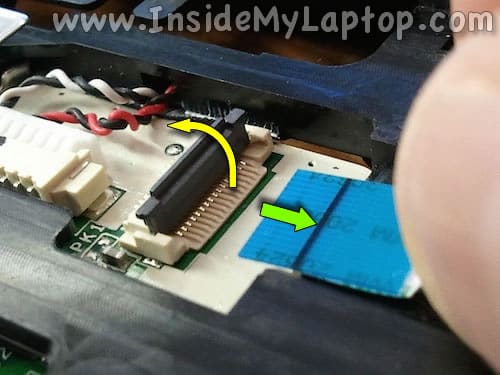