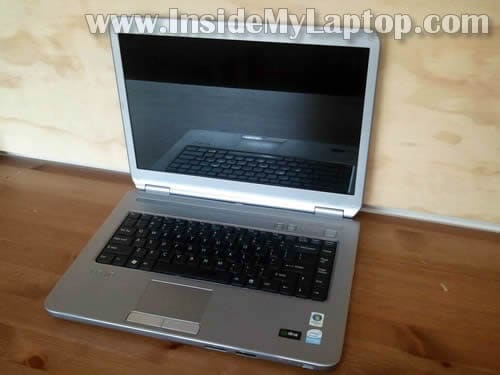 In this guide I explain how to disassemble a Sony Vaio VGN-NR series laptop.

I’ll be taking apart a Sony Vaio VGN-NR120E model but I believe you can use same instructions for all other models in VGN-NR line.

The main goal of my repair is removing and replacing the failed hard drive which is mounted inside the case.

While accessing the hard drive, I’ll explain how to remove some other main components.

Both memory modules can be accessed on the bottom.

Remove one screw securing the service cover. Remove the cover. 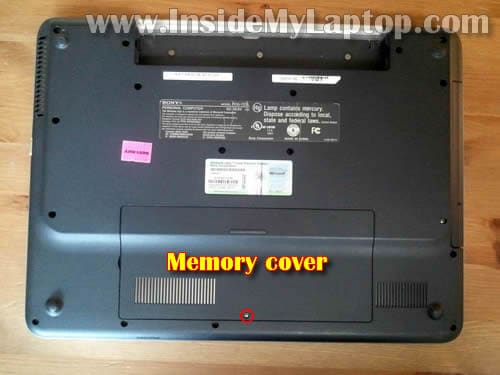 Release both memory modules and pull them from slots. 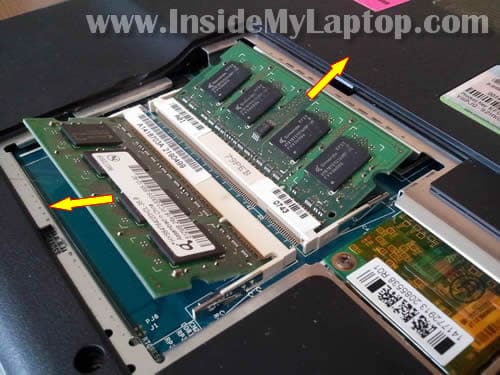 Pull DVD drive to the right and remove it. 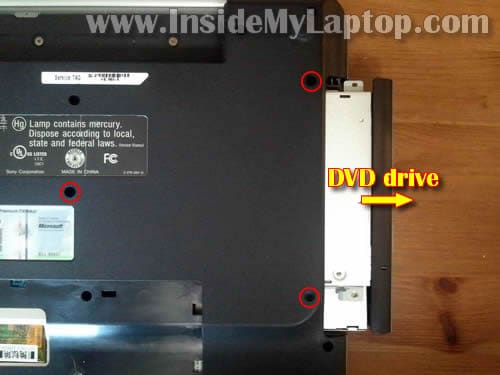 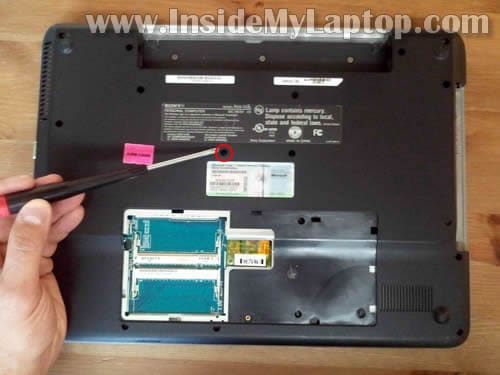 There are four spring loaded latches securing the keyboard to the top cover.

I pointed to latch locations with four arrows. 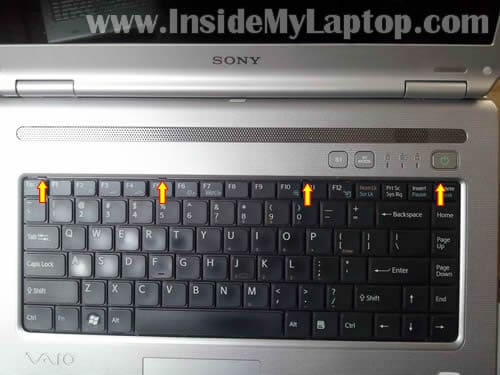 In order to remove the keyboard you’ll have to release all four latches.

Push on the latch with a sharp object. The keyboard will lift up a little bit and will not allow the latch to lock again. 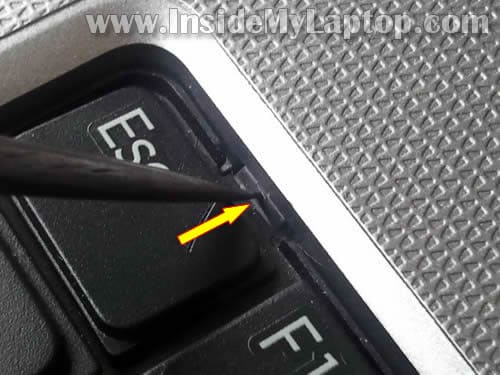 Now you should be able to lift up the keyboard and turn it over on the palm rest. 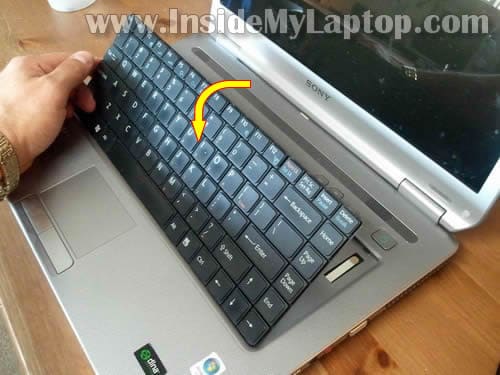 When the keyboard turned over, you can access the cable connector.

Before you remove the keyboard, the cable connector has to be unlocked and cable released. 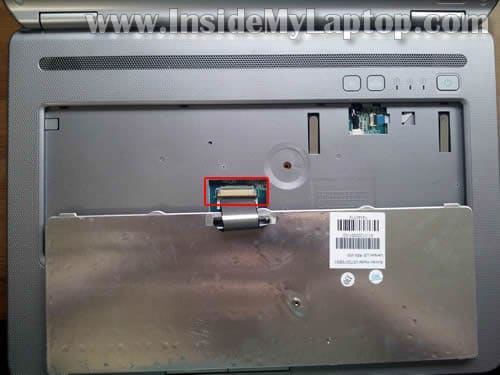 On the following picture the cable connector shown in the locked position.

In order to unlock the connector you’ll have to move the brown part about 2 millimeters to the direction shown by two arrows. The brown tab must stat attached to the white base. Do not move it too far. Do not separate it from the connector base. 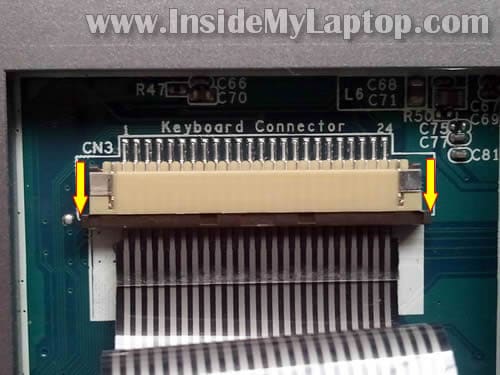 On the following picture the connector is shown in the unlocked position. As you see, the brown tab still attached to the base but the cable is released now.

Pull the cable from the connector. 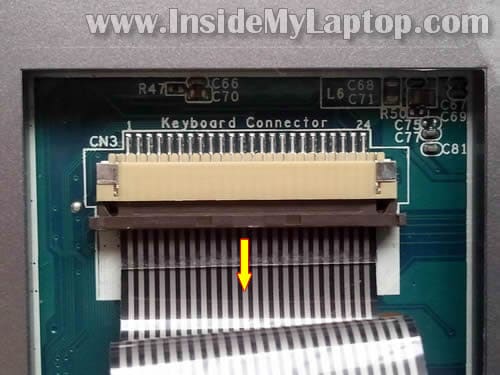 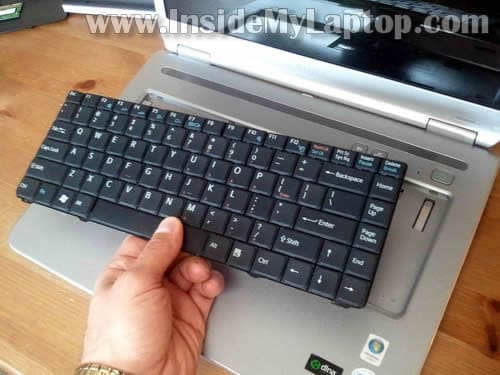 Remove all screws from the bottom. These screws securing the bottom cover to the top cover. 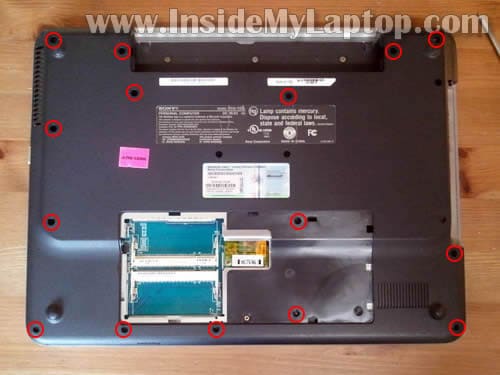 Lift up and remove the bottom cover. 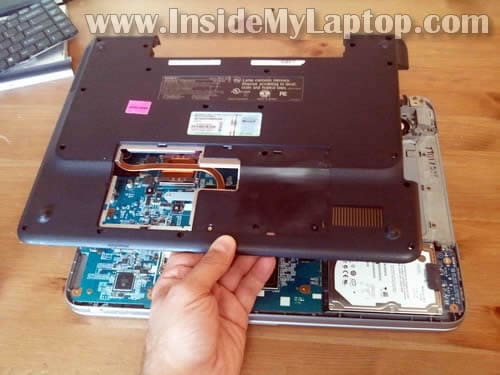 When the bottom cover removed you can access the cooling fan, wireless card, processor and hard drive.

As I mentioned before, my goal is replacing the hard drive. 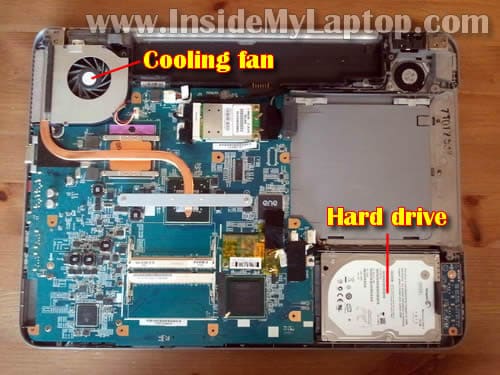 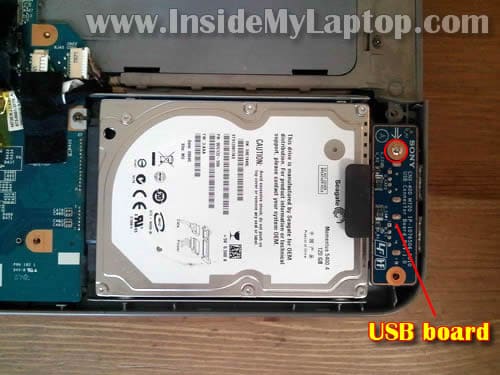 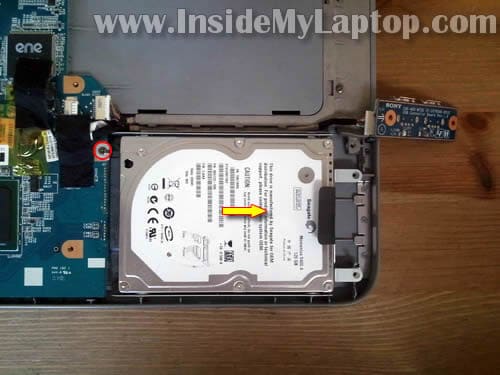 Lift up the hard drive assembly.

Now separate the failed hard drive from the mounting bracket and replace it with a new drive.

Any large 2.5″ SATA hard drive should work fine in this laptop. 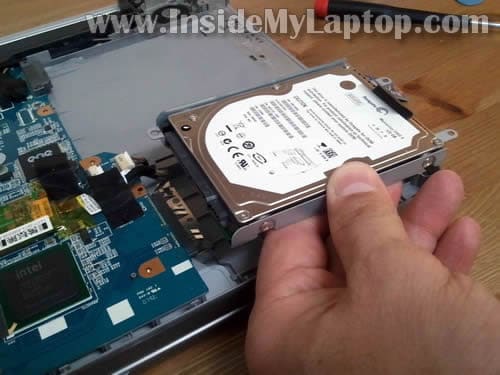