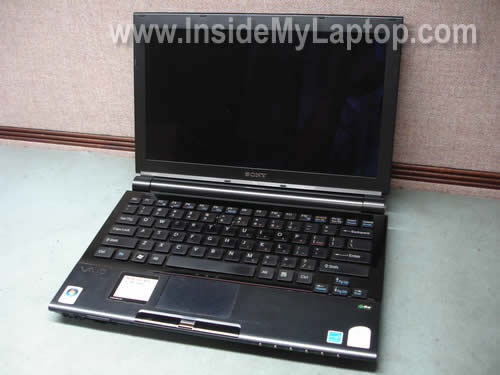 In this guide I explain how to disassemble Sony Vaio TZ series laptops in order to remove and replace the hard drive.

As an example I took a Sony Vaio TZ130N (Model: PCG-4L3L). The hard drive is buried deep inside the case and we’ll have to disassemble the whole thing apart.

I assume that my guide will work for the entire Sony Vaio TZ line. If it works for you, please mention the model number in the comments below.

Do not forget to turn off the computer and remove the battery. Work in static-free environment.

Remove the memory cover from the bottom. 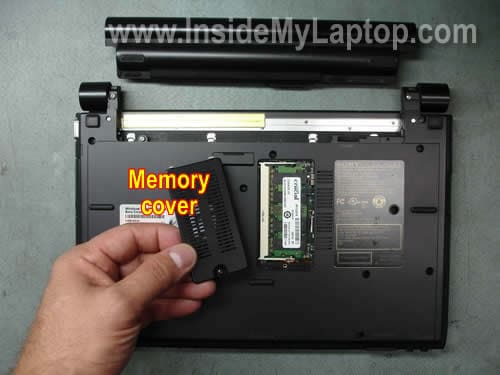 Pull the memory module from the slot. 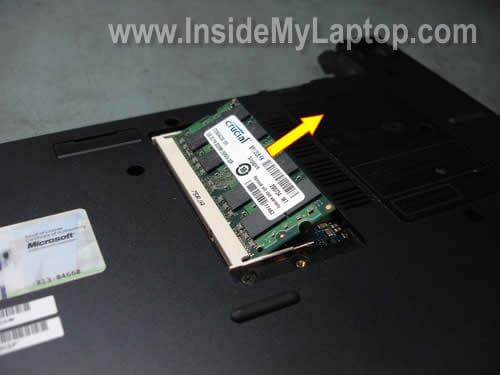 Remove all marked screws from the bottom. 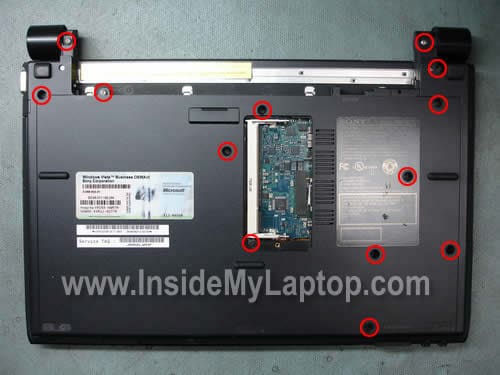 There are three more screws hidden under three rubber seals. 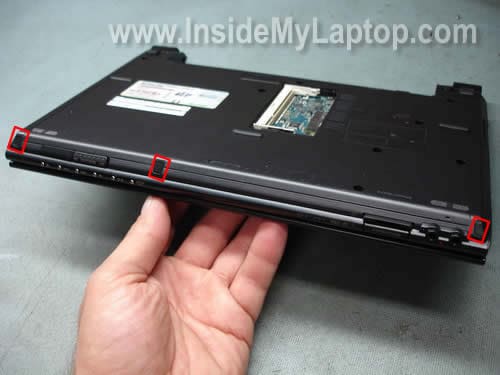 You can remove these rubber seals with a sharp object. Remove all three screws found under the seals. 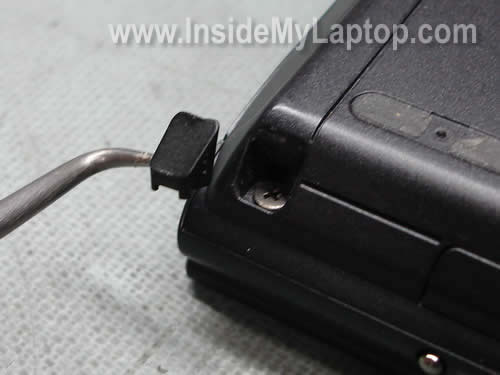 Remove one more screw found under the square rubber seal located close to the hinge. 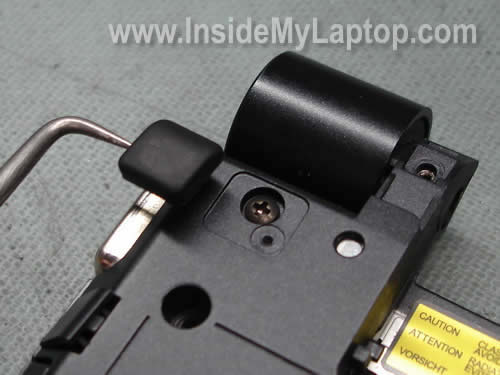 Very carefully remove the plastic cover from the left hinge. It’s not easy. I spent about 5 minutes trying to figure out how to remove the cover.

It has a couple of plastic latches inside and you can remove it using a small flat head screwdriver. 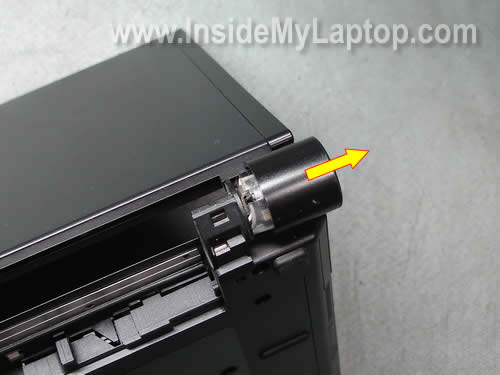 The cover has been removed. 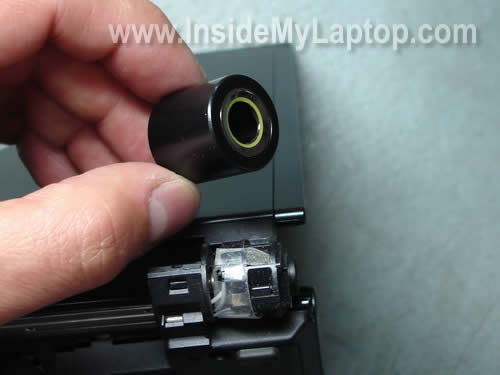 Fortunately, you have to remove only one cover from the left hinge. This cover protects the power jack. 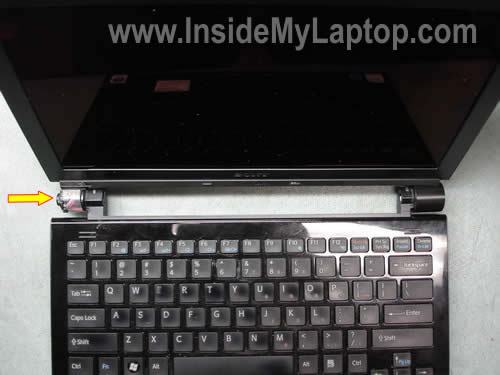 If you have any SD card or cover inside the slot on the front, remove both. 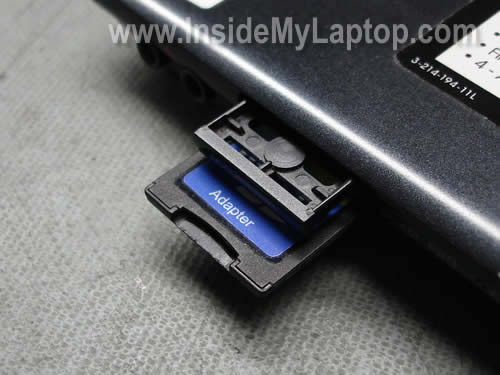 Start separating the top cover (keyboard) assembly as it shown on the picture below. 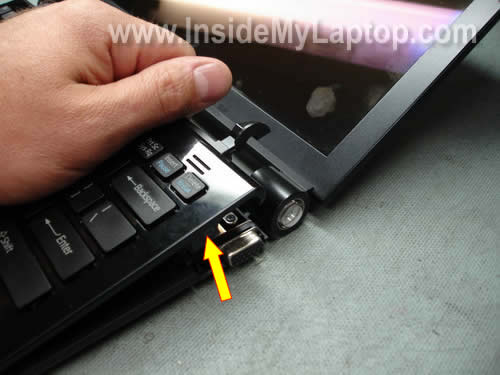 Work with your fingers until the top cover separated from the base. 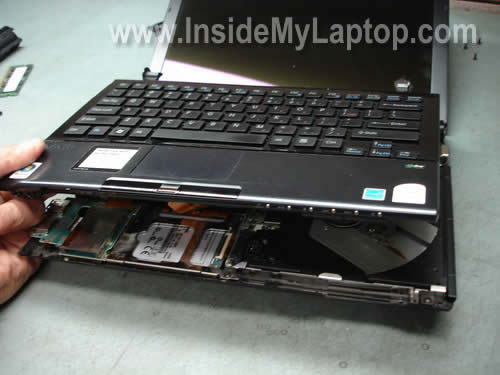 Place the top cover (keyboard) assembly upside down on the palm rest and disconnect the cable from the motherboard. 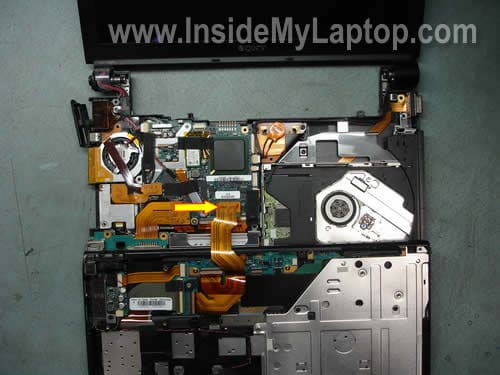 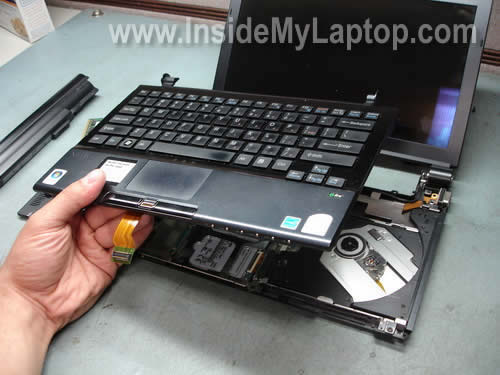 You cannot access the hard drive until you remove the SD slot/USB board.

Remove two screws securing the board and unplug the cable from the motherboard. 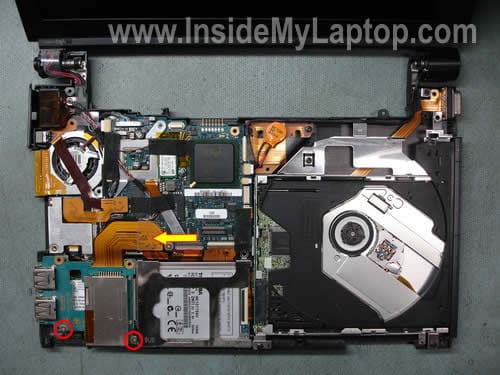 Lift up and remove the SD slot/USB board. 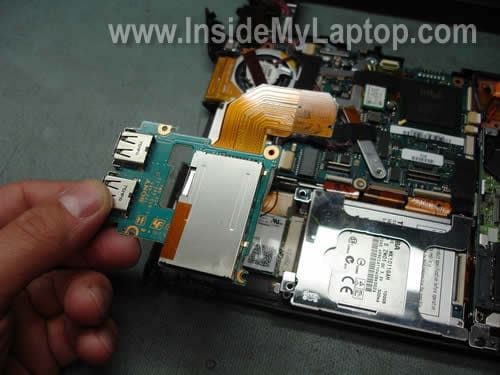 The hard drive is mounted under the metal bracket. Remove one screw securing the bracket. 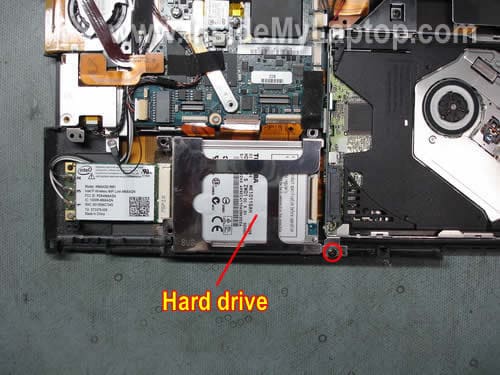 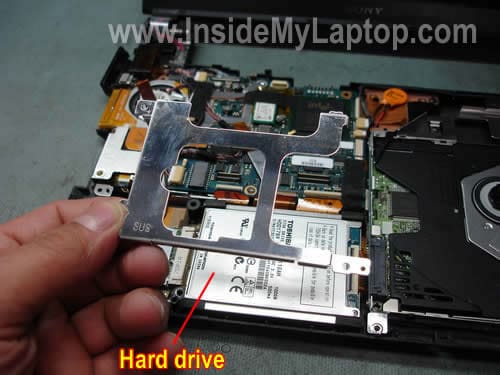 Lift up the hard drive and disconnect the cable.

In order to release the cable you’ll have to unlock the connector first. 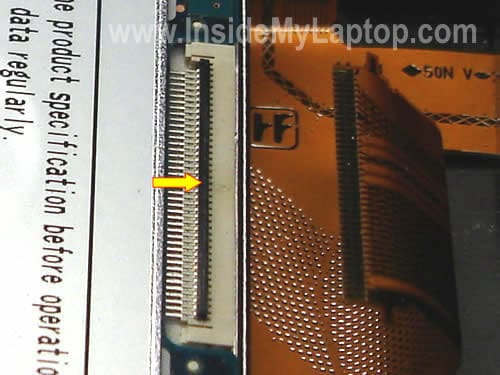 The hard drive has been removed. If you are replacing it, you’ll have to transfer four rubber corners to a new drive. 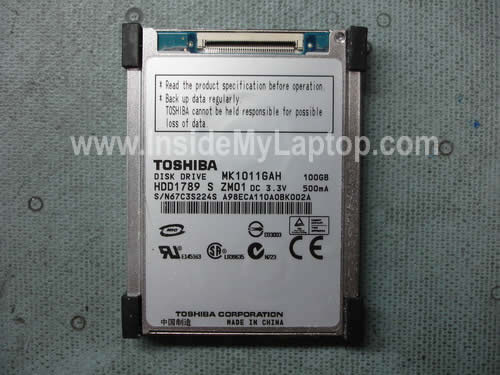