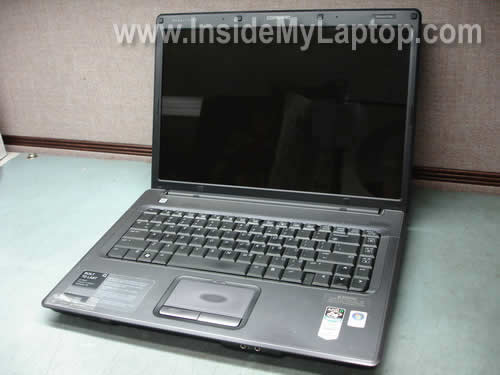 Before you start, turn off the laptop, unplug the power adapter and remove the battery. 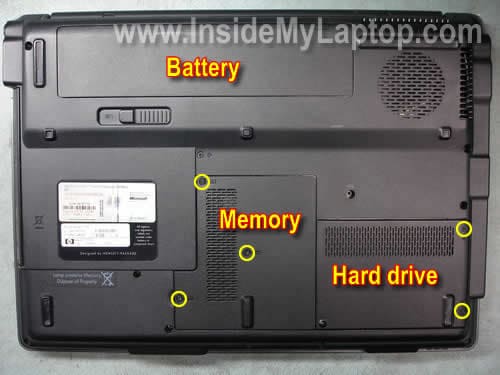 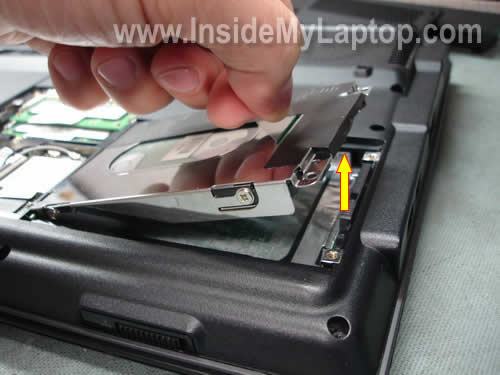 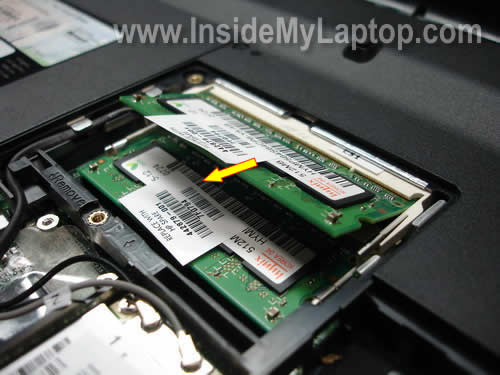 After I installed two 2GB modules the laptop started properly. In system properties I can see 3.19GB total RAM reported.

The BIOS shows all 4GB.

Were you able to upgrade your Presario F700 to 4GB? Please leave a comment. 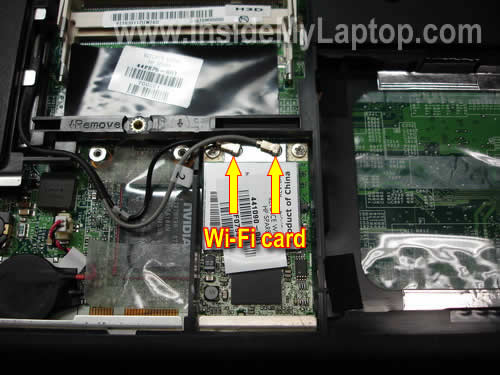 Remove one screw securing the CD/DVD drive and pull the drive from the notebook. Remove the drive. 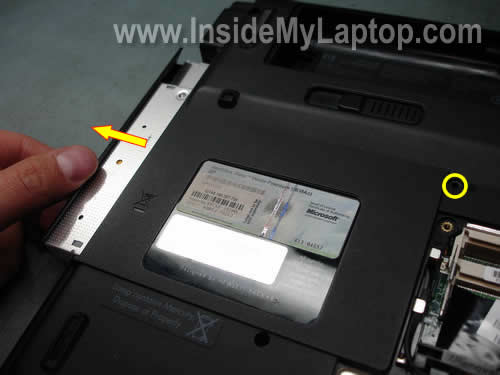 Remove all marked screws from the bottom of the notebook. 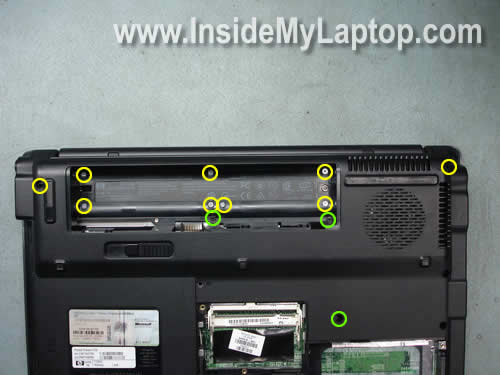 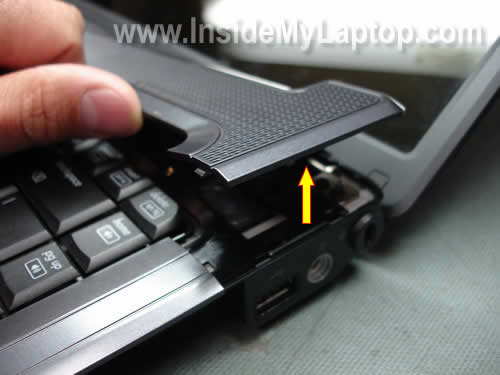 Be careful, there is a thin ribbon cable running from the switch cover to the motherboard. 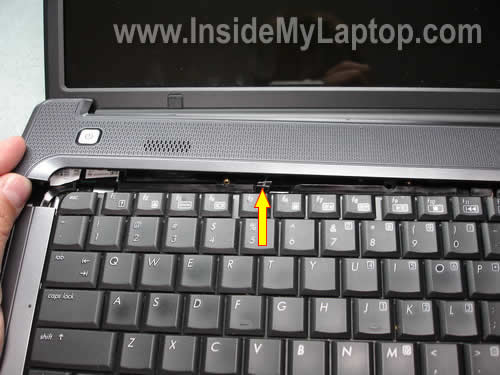 STEP 8.
Now you can lift up the top side of the keyboard and access the connector underneath the keyboard. 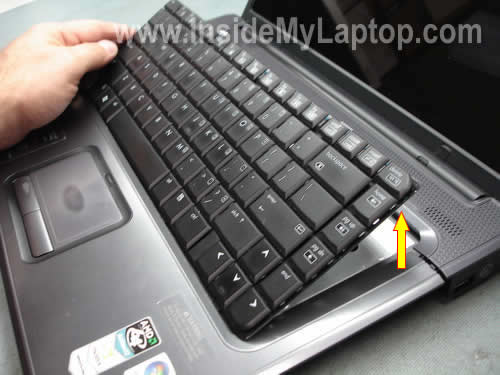 The keyboard cable connector is located above the touch pad. Before you pull the cable and remove the keyboard you have to unlock the connector. 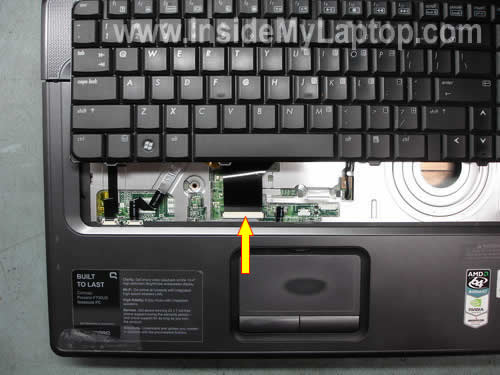 Move both sides of the locking tab about 1-2 millimeter up and release the keyboard cable. Now you can pull the cable and remove the keyboard. 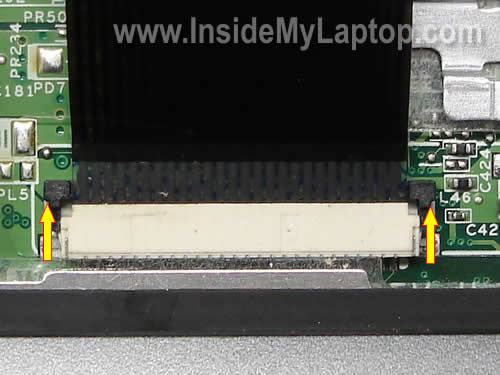 Disconnect the switch cover cable from the motherboard. 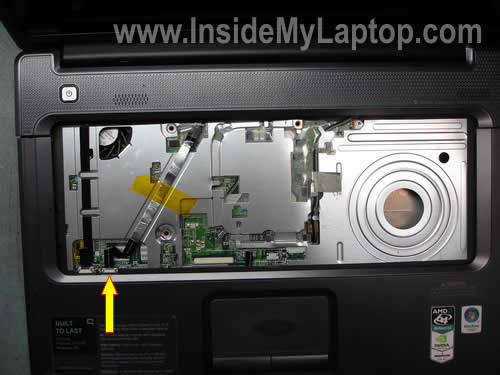 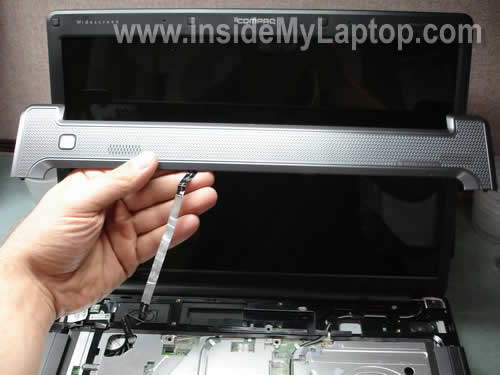 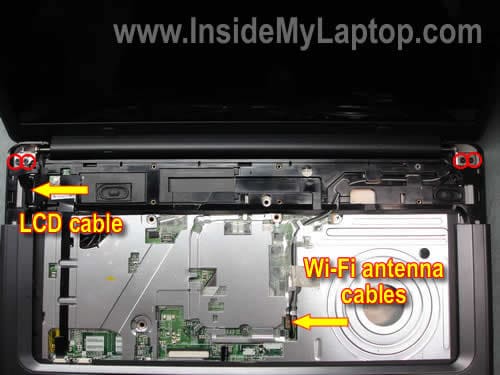 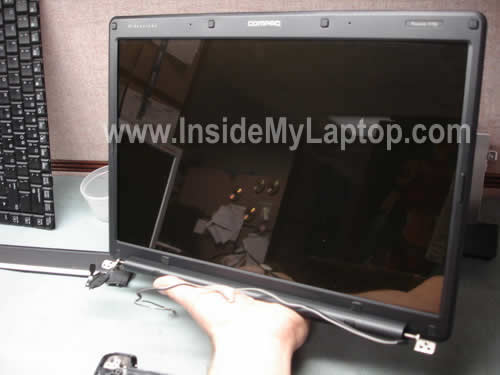 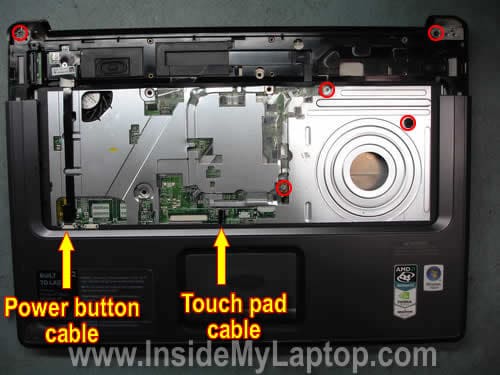 Remove all screws securing the top cover assembly from the bottom of the notebook. Do not forget three (green) screws in the CD/DVD drive bay.
Remove two hex studs located close to the memory slots.

By the way, the RTC (CMOS) battery can be accessed when you remove the memory cover. 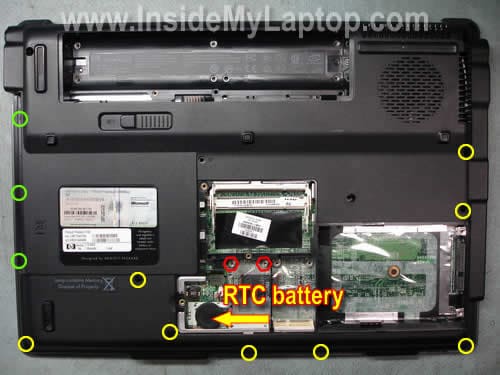 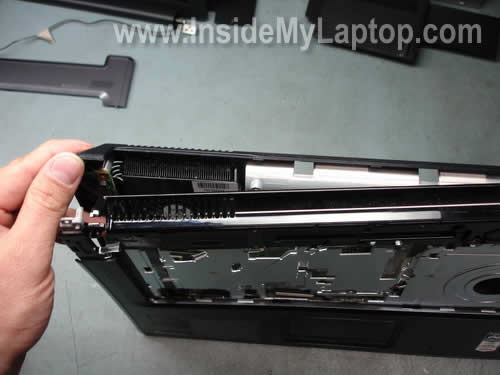 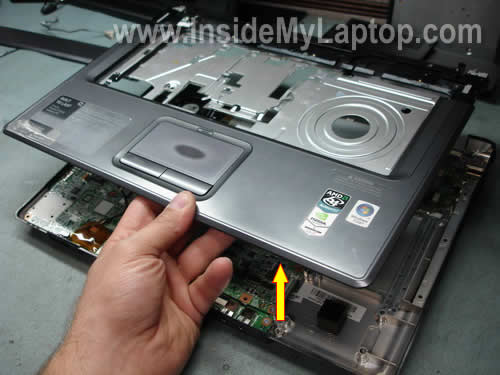 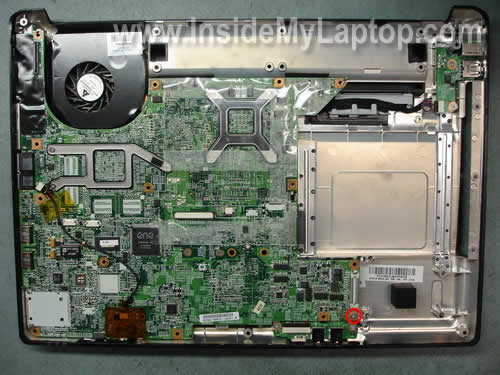 Lift up the right side of the motherboard as it shown on the picture below. 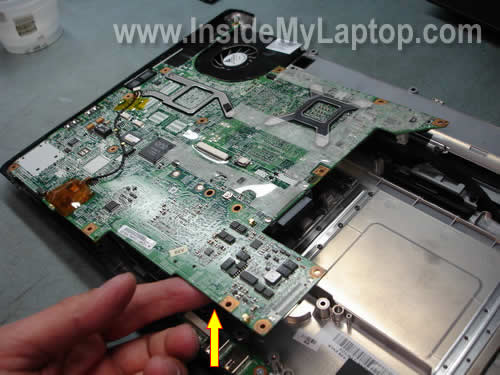 Before you remove the motherboard from the base assembly you have to disconnect the audio board cable. 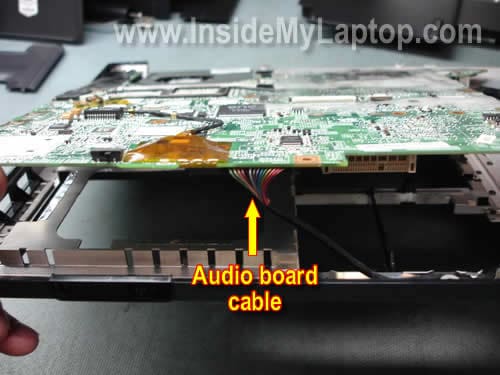 Remove the motherboard and turn it upside down. There are two more cables to disconnect.

These cables connect the motherboard to the USB/Power connector board. 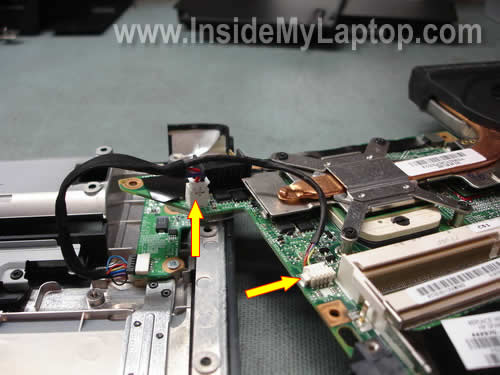 Finally, the motherboard is removed. As you see on the picture below, the audio board and USB/power connector board are secured to the base assembly. 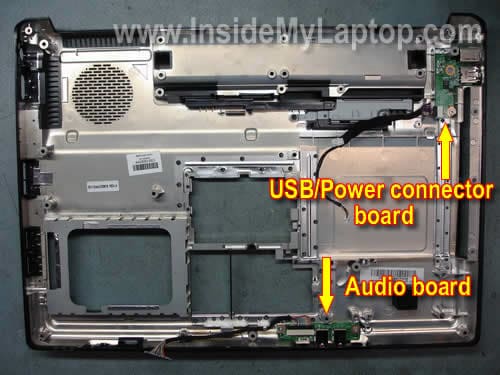 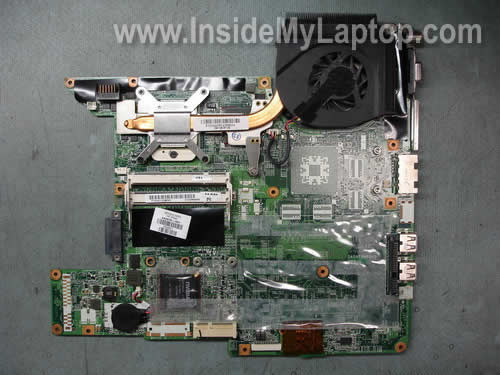