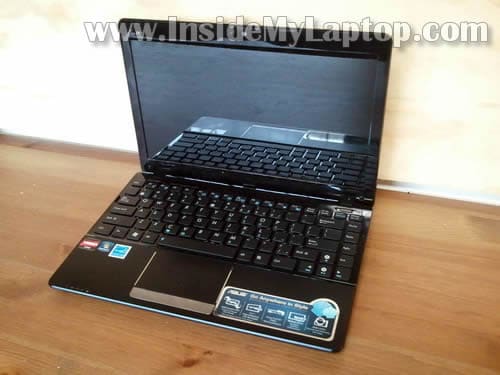 In this guide I explain how to disassemble an Asus Eee PC 1215B laptop.

It’s likely my guide will work for other models in Eee PC 1215 line.

I’m taking it apart in order to access and upgrade the hard drive which is mounted deep inside the case. 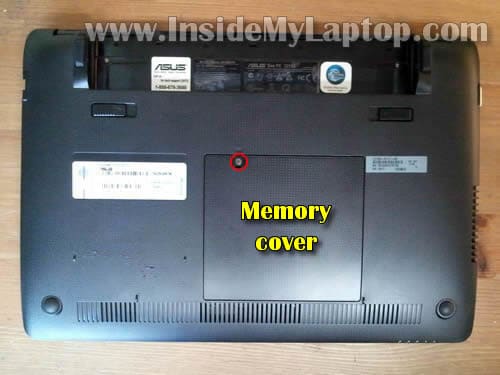 Both memory slots are located under the cover. 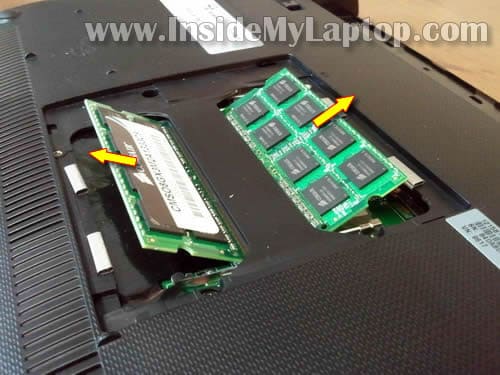 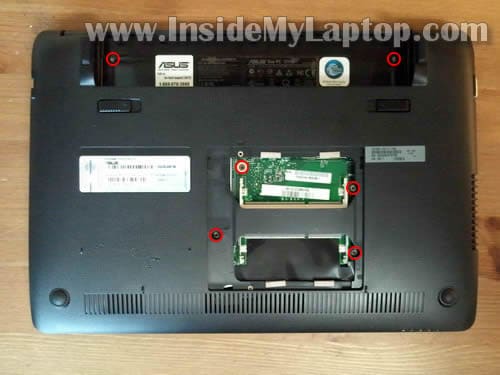 Carefully separate the palm rest assembly from the base with a piece of soft plastic (I’m using a guitar pick).

Continue separating it with your fingers.

There are a few hidden hooks securing the palm rest assembly. You’ll have to wiggle the assembly a little bit in order to disengage the hooks.

Lift up the palm rest assembly a little bit and slide it towards the display to disengage the hidden hooks. You’ll find detailed explanation in the comment 9. 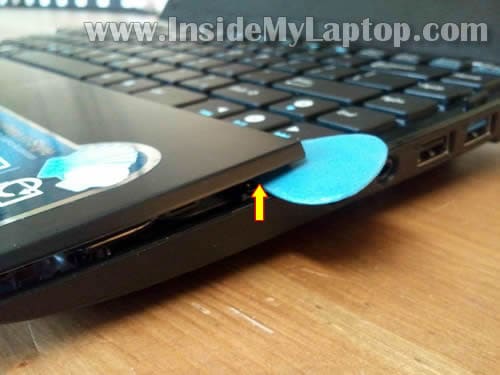 Do not lift up the palm rest assembly too far from the base because the touch pad cable still attached to the motherboard.

You have to unlock the connector and release the touch pad cable before removing the palm rest assembly. 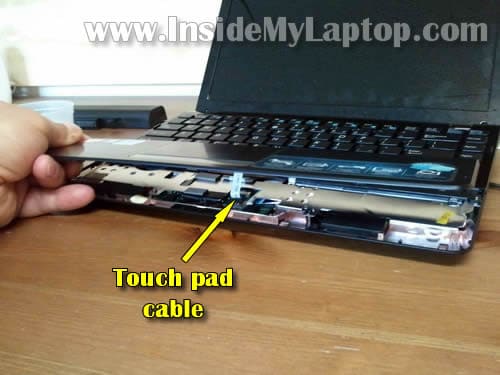 Move the palm rest assembly away from the keyboard so you can access the connector. 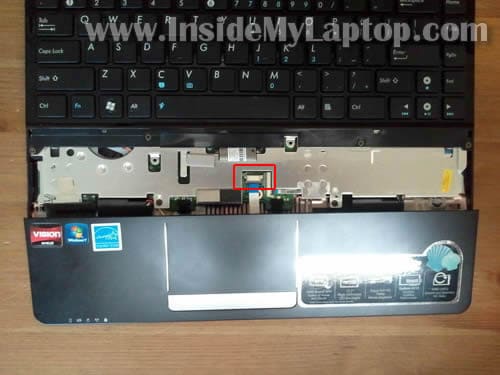 In order to unlock the connector you’ll have to move the brown tab about 2 millimeters to the shown direction. 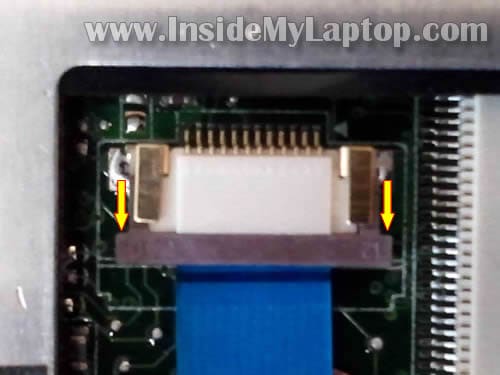 On the following picture the connector is shown in the unlocked position. As you see, the brown tab still attached to the base.

Now the touch pad cable is released and you can pull it from the connector. 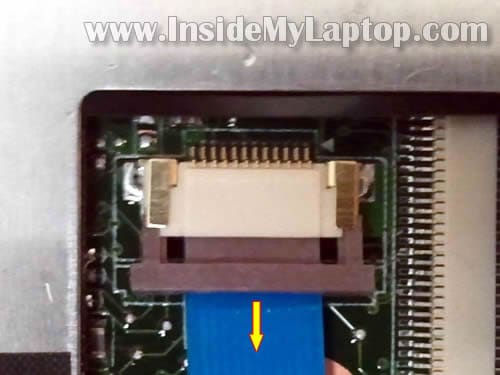 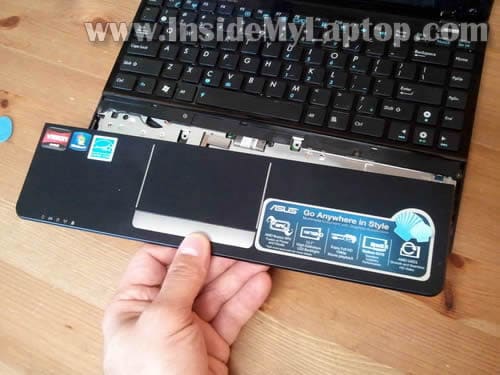 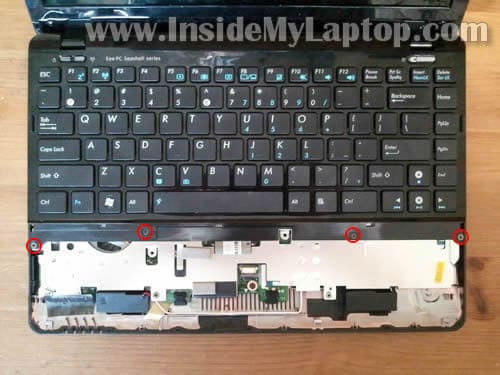 Start separating the keyboard from the laptop base. I’m using same guitar pick for that. 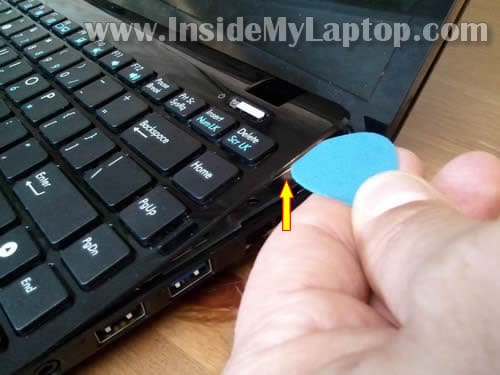 Carefully lift up the keyboard and move it towards the LCD screen so you can access the keyboard cable connector underneath.

The connector has to be unlocked and cable released before you remove the keyboard. 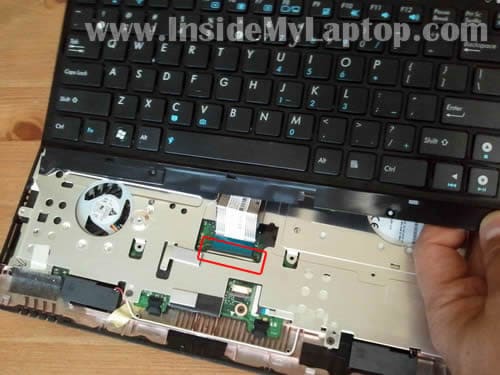 For unlocking the keyboard connector use same technique we used in the step 6. 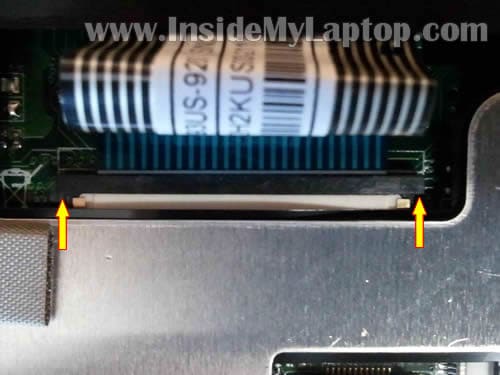 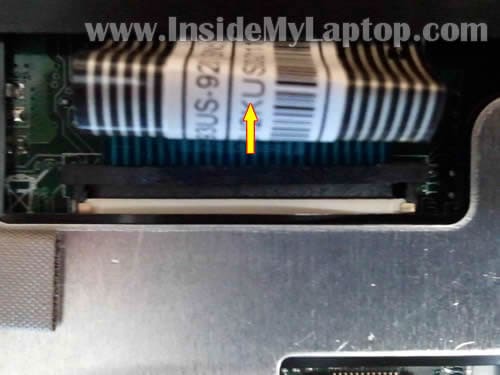 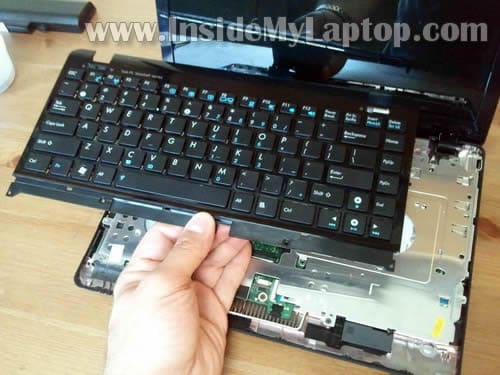 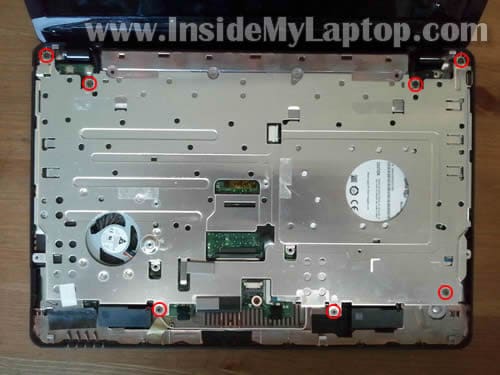 Lift up and remove the shield. 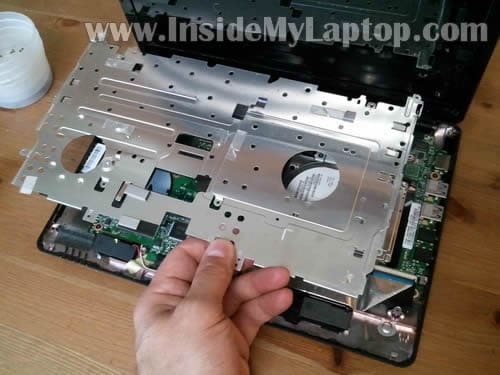 Remove four screws securing the hard drive assembly and slide it to the right to disconnect from the motherboard. 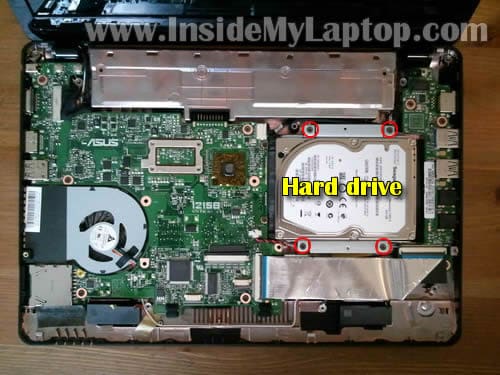 I’m going to replace it with a SSD (my customer requested that). 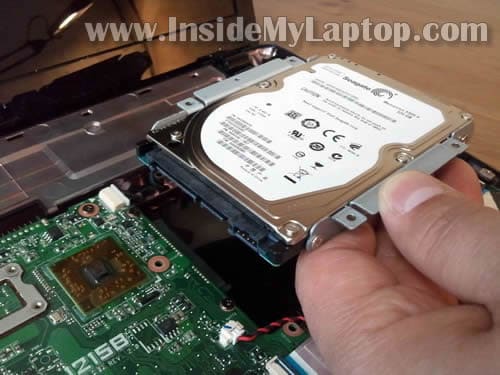 I’m not going to disassemble the laptop any further but it’s not difficult to remove the motherboard.

It’s necessary to remove the motherboard in order to access and replace the cooling fan. 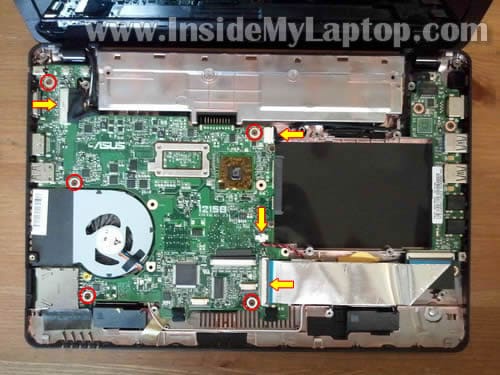