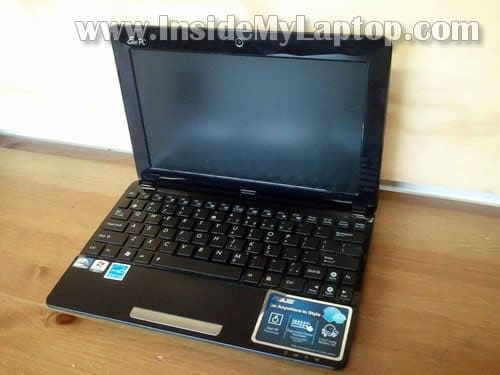 In this guide I show how to disassemble an Asus Eee PC1015PX netbook.

The hard drive mounted deep inside the netbook case.

Before you start make sure the computer is turned off. 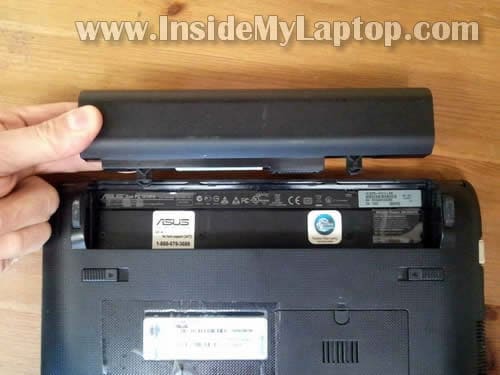 Lift up the screw cover located on the memory cover.

Remove the screw. Lift up and remove the memory cover. 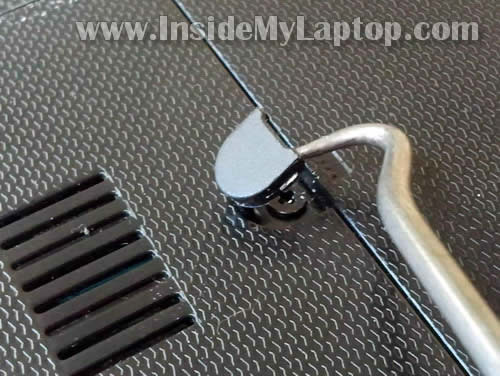 Under the cover you’ll find one memory module.

Asus Eee PC 1015PX has only one memory slot. 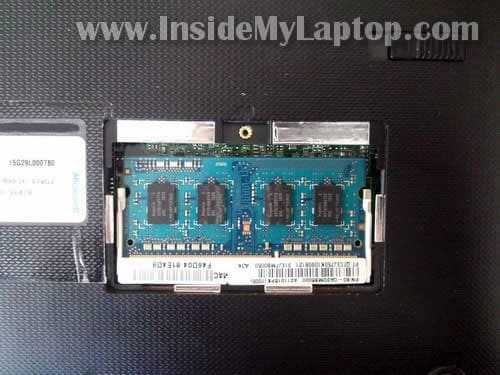 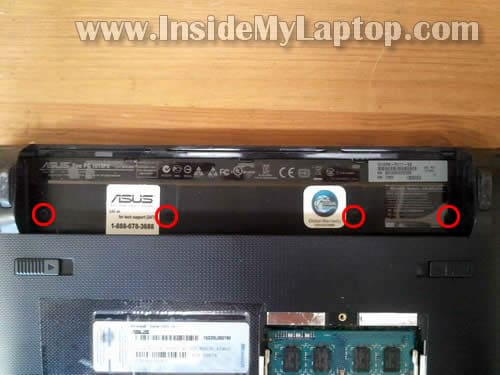 Start separating the keyboard assembly from the base.

You can use a piece of soft plastic to separate two parts (I”m using a guitar pick).

There are small plastic latches securing the keyboard assembly. 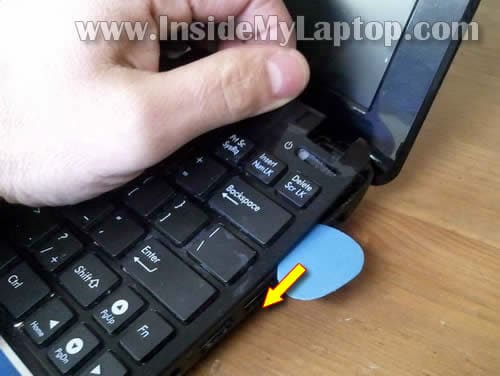 Lift up the top side of the keyboard assembly and slide it towards the screen. 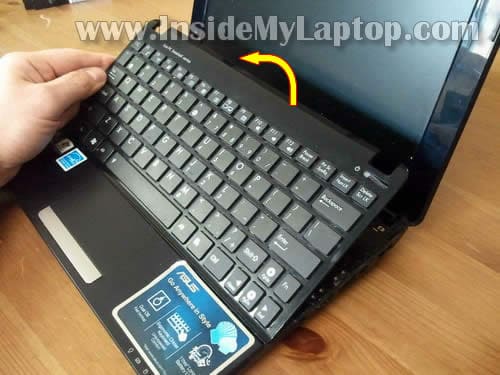 Before removing the keyboard you’ll have to unlock the connector and release the cable. 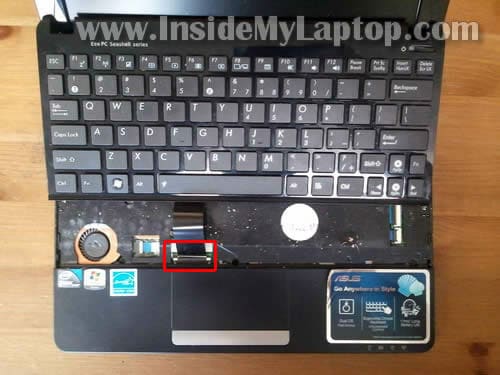 Here’s how to unlock the keyboard cable connector.

Move the white locking tab about 1 millimeter towards the netbook display.

The locking tab must stay attached to the connector base.

The cable jammed between the locking tab and base. 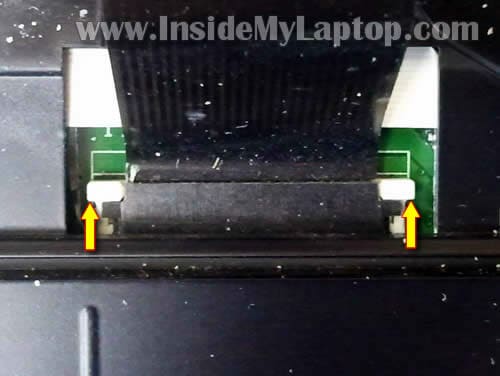 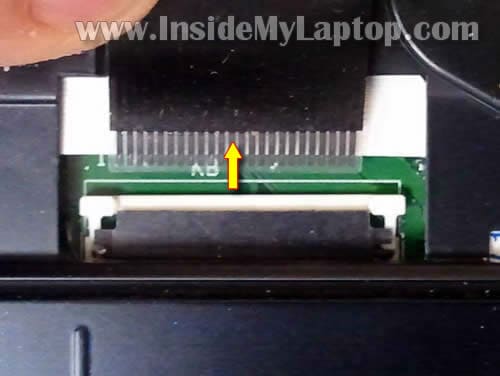 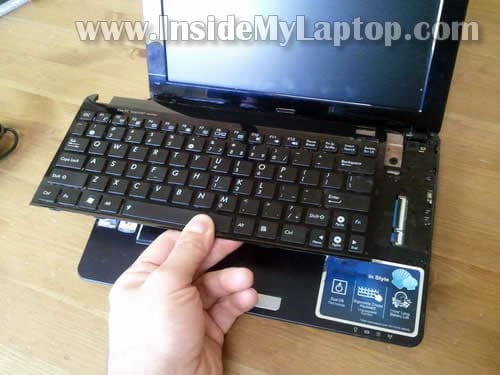 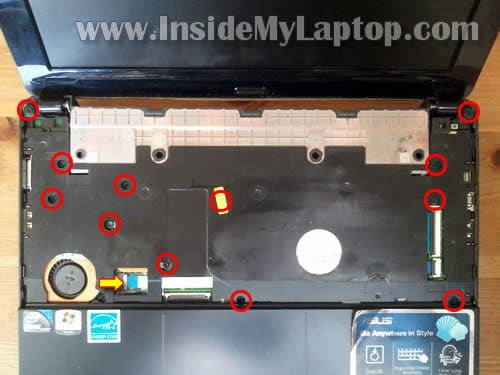 Here’s how to unlock the touchpad connector.

Lift up the right side of the white locking tab with your fingernail. 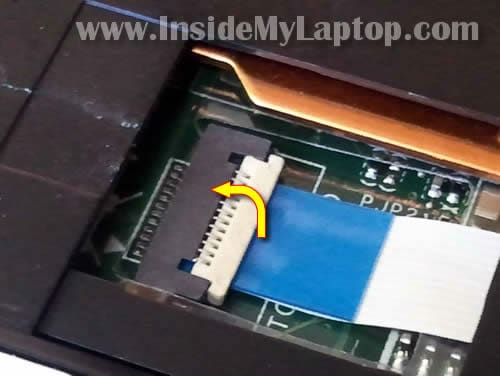 On the following picture the same connector shown in the unlocked position.

Now you can pull the touchpad cable from the connector. 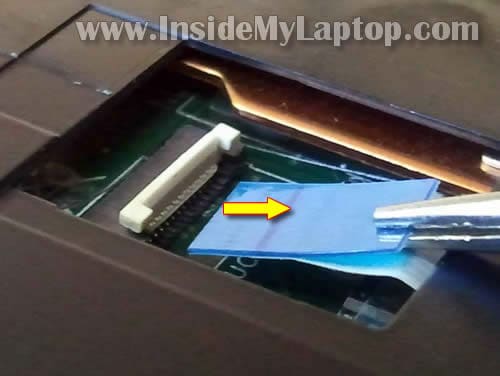 Start separating the top cover assembly from the base.

I’m using the same guitar pick as a case cracker. 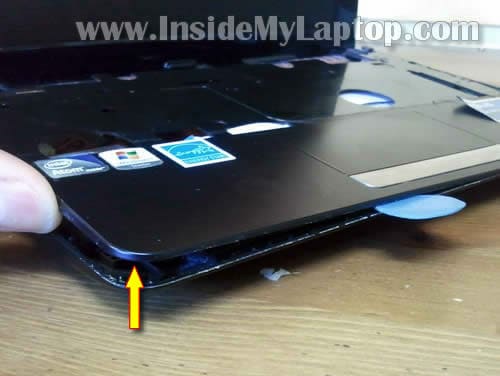 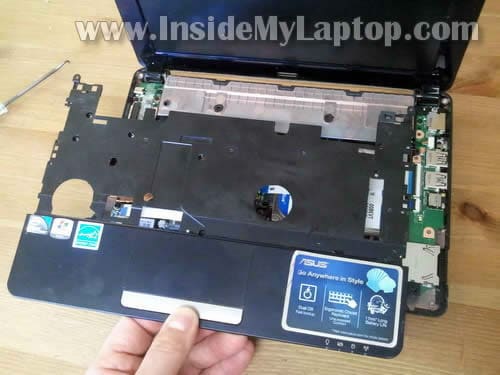 As you see, in Asus Eee PC 1015PX netbook the DC power jack soldered to the motherboard. If the DC jack fails, it will be necessary to remove the motherboard for the jack repair.

While the top cover is removed, take a look inside the cooling fan. If the fan looks dusty, blow off the dust using canned air or air compressor. 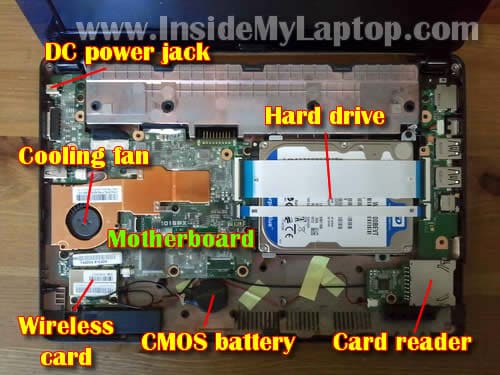 The hard drive mounted under two cables connecting the USB board with the motherboard.

Disconnect both cables from the USB board.

Unlock both connectors the same way you unlocked the touchpad connector in the step 12. 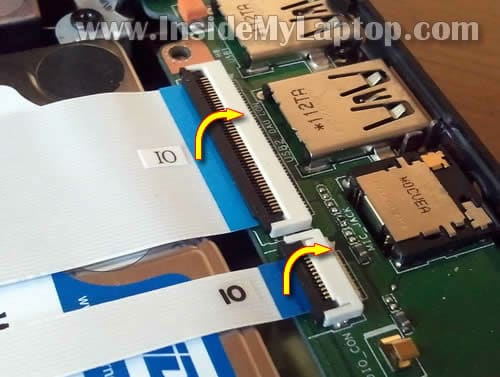 Remove both cables from connectors. 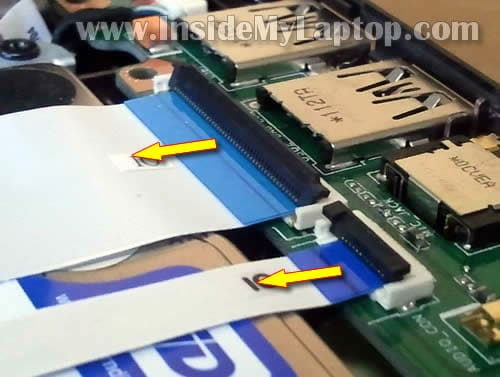 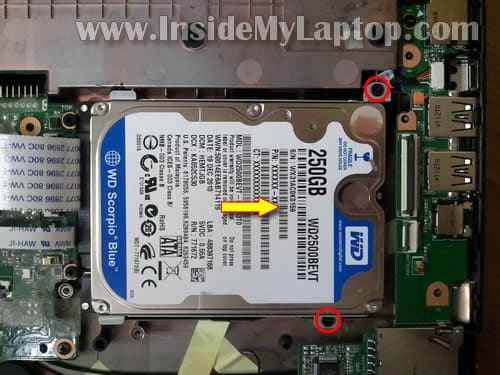 The hard drive has been removed. 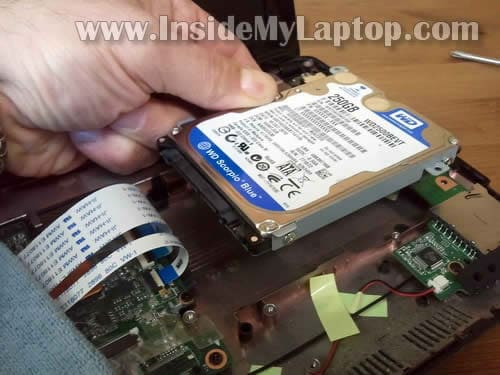