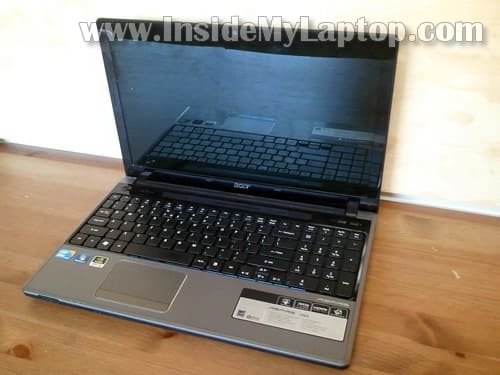 The guide might work for some other Acer Aspire models.

One of the screws (green) securing the DVD drive. 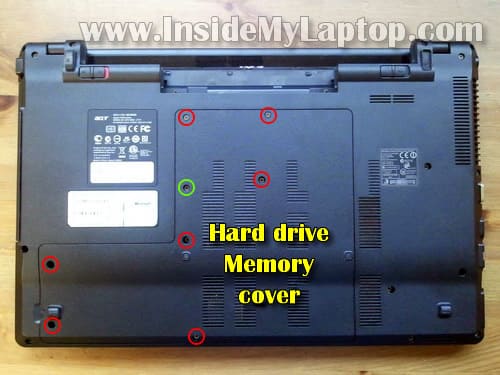 Under the cover you’ll find the following components:

For the purpose of my guide it’s not necessary to remove memory modules, CMOS battery and wireless card. You can leave them connected to the motherboard.

By the way, Acer Aspire 5745 has FOUR memory slots. It can handle up to 16GB RAM total (4GB RAM module in each slot). 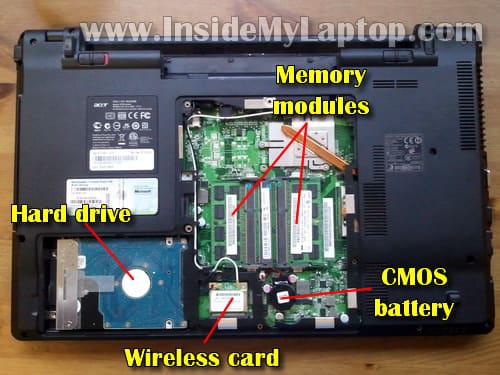 Simply slide it to the left to disconnect from the motherboard and lift up. 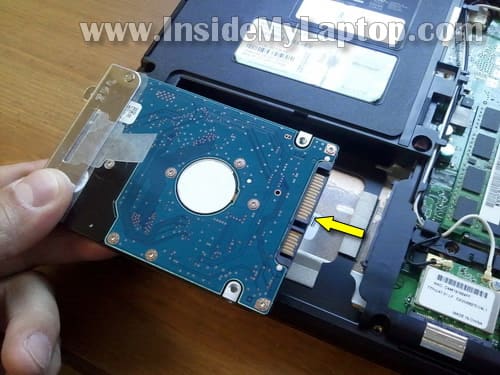 The DVD drive was secured with one screws (green) which we removed in the step 1. 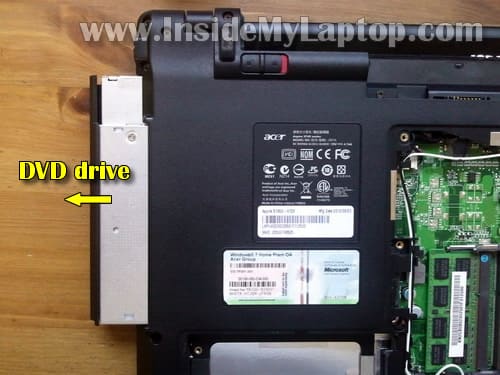 The keyboard is secured by six spring loaded latches. 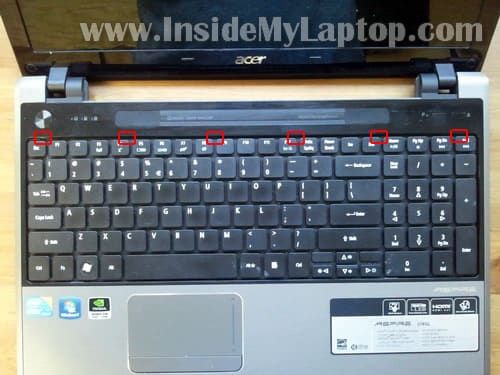 In order to remove the keyboard you’ll have to push in all six latches.

Push on the latch with a small flat head screwdriver. When the latch pushed in, the keyboard will lift up a little bit. 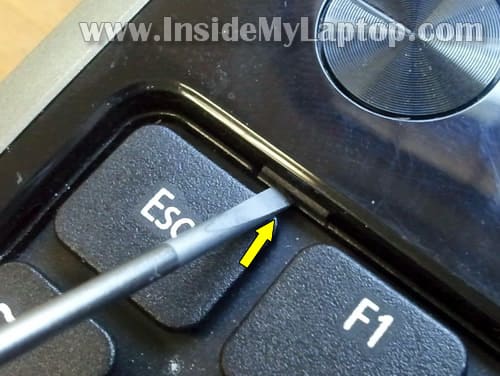 Lift up the top side of the keyboard and place it upside down on the palm rest. 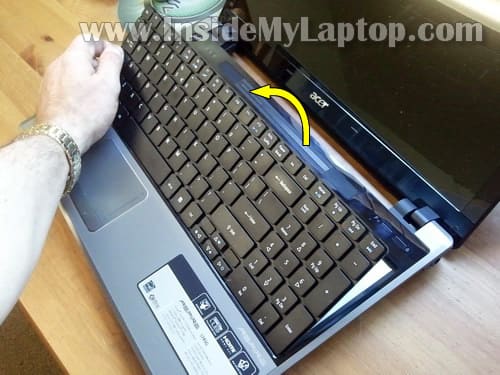 Now you can access the keyboard cable connector. You’ll have to unlock the connector and release the cable before you can remove the keyboard. 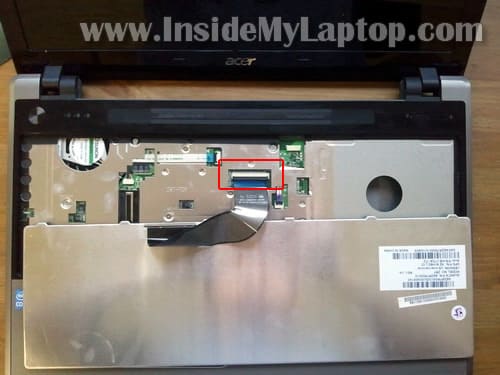 In order to unlock it lift up the right side of the brown locking tab. It will open up at a 90 degree angle. 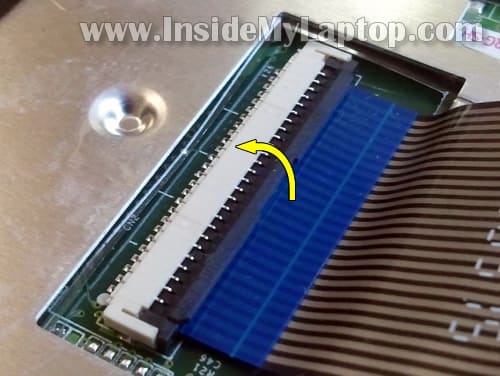 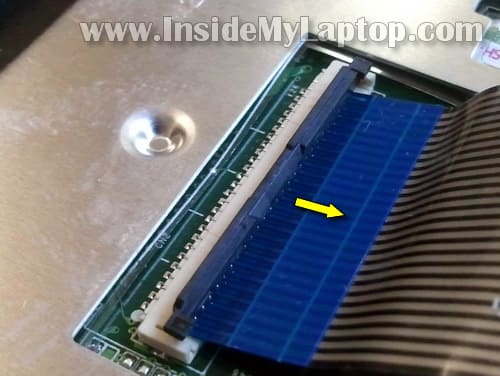 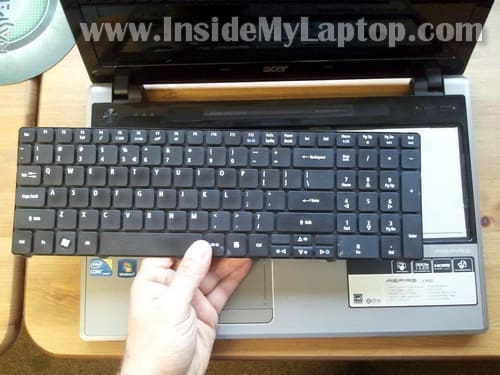 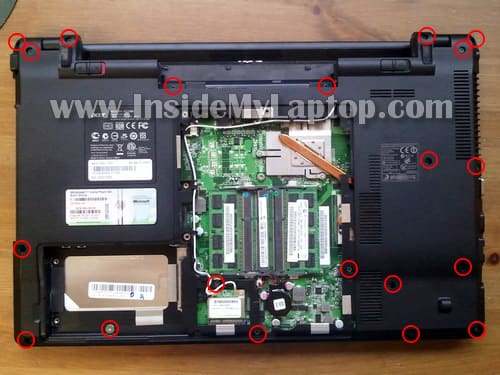 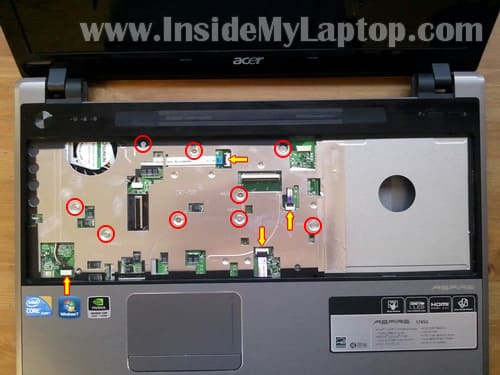 Start separating the top cover assembly from the bottom case as it shown on the following picture. 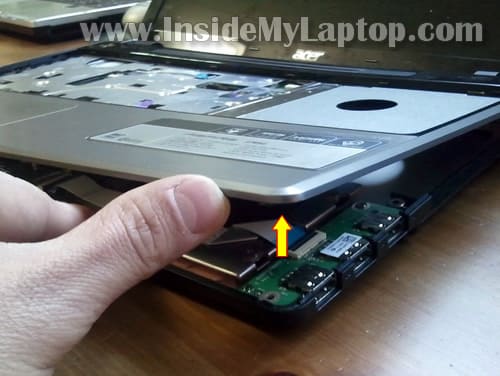 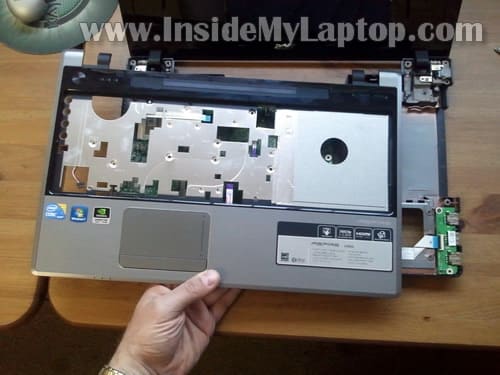 In the following part of the guide I’ll be removing the display assembly.

The wireless card antenna cables are mounted inside the display panel.

In order to separate the display panel from the laptop base it’s necessary to disconnect the wireless card antenna cables. 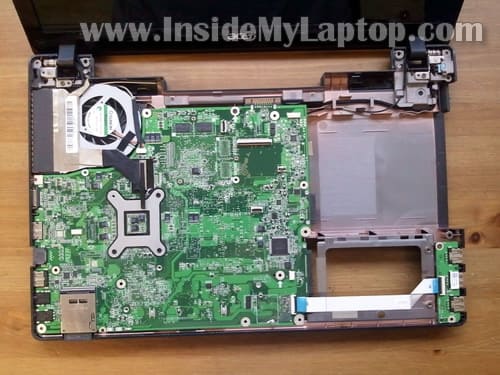 Unroute both antenna cables from routed path on the bottom. 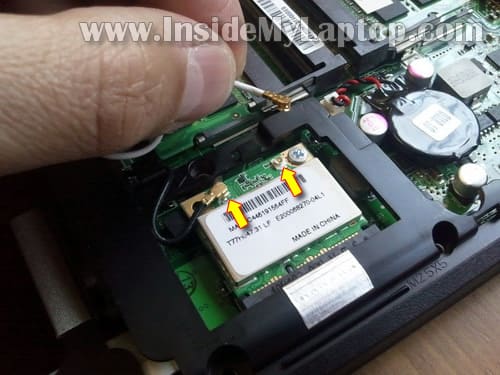 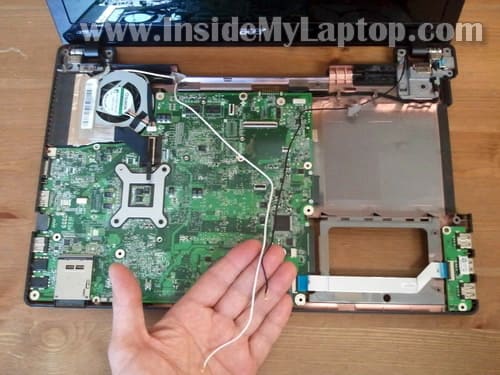 Disconnect the video cable connector from the motherboard.

Both cables are glued to the cooling fan assembly. Carefully lift up and unglue both cables. 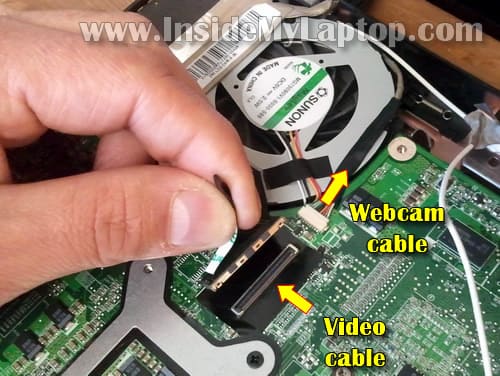 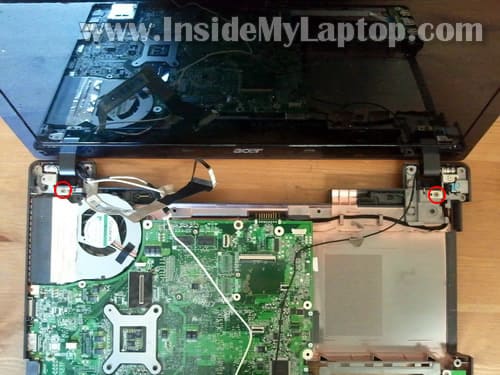 In one of the next guides I’ll explain how to replace the LCD screen. 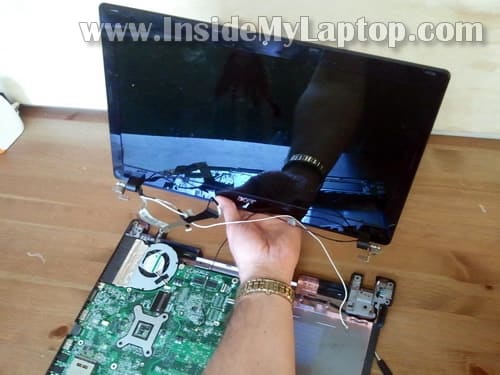 Remove one screws securing the motherboard.

Disconnect the USB board cable from the motherboard. 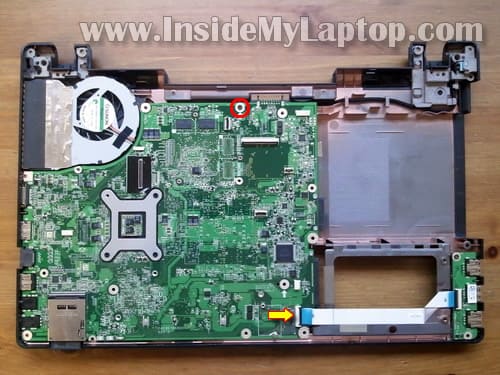 Before you can remove the motherboard you’ll have to unplug the DC jack cable. This cable located under the cover we removed in the step 1. 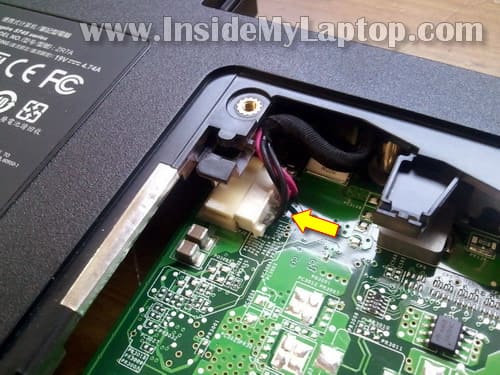 Lift up the left side of the motherboard and start removing it from the bottom case. 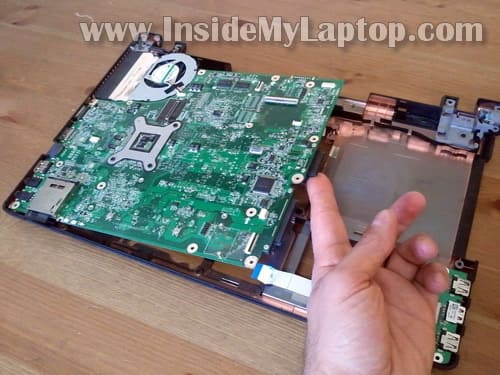 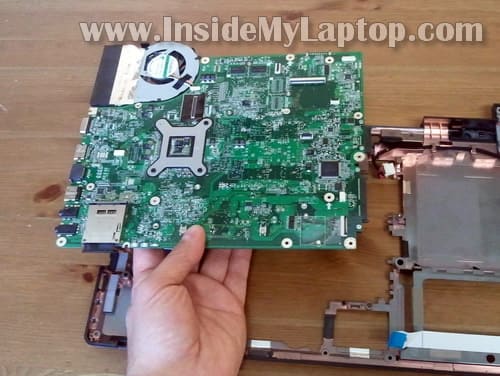 You can remove the cooling fan assembly following these steps: 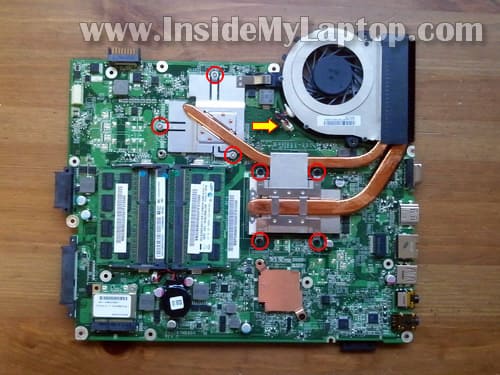 In Acer Aspire 5745 laptop the DC jack is not soldered directly to the motherboard.

The DC jack attached to the harness. 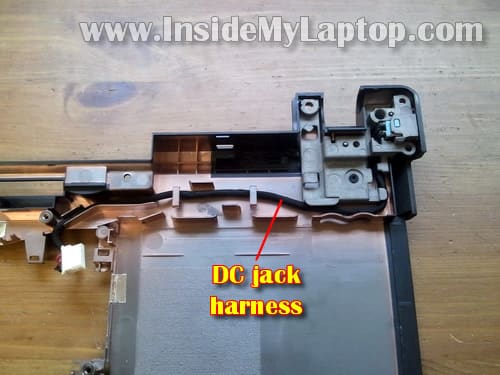