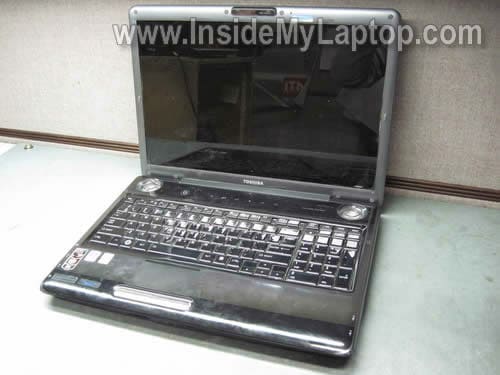 My customer complained that his computer overheats and shuts off while running a game. Apparently, the heat sink got clogged with dust and needed a good cleaning.

There is no easy access to the cooling fan in a Satellite P305D. You can see the fan grill on the bottom but the fan is covered with a perforated metal sheet.

Blowing air into the grill will not be enough for cleaning the cooling module. 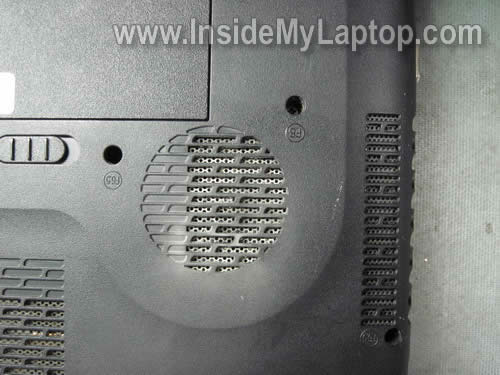 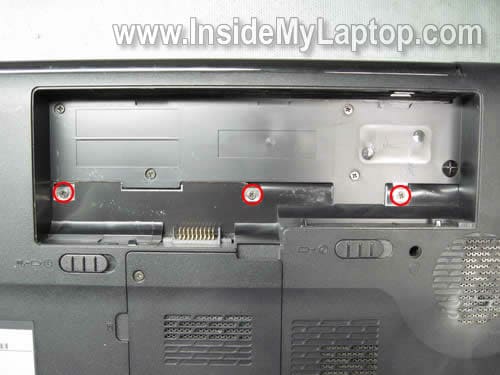 Carefully lift up and remove the keyboard bezel.

Lift up the keyboard and place it upside down on the palm rest. It’s not necessary to disconnect the keyboard cable from the motherboard. 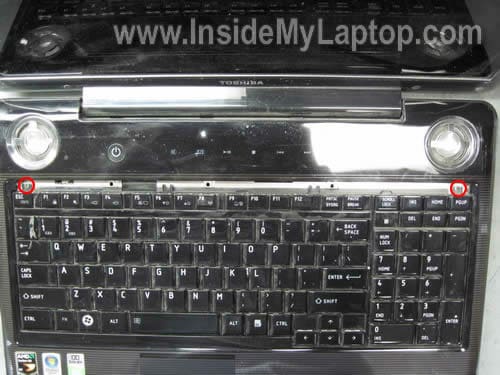 The cooling fan is still covered  but at least now you can blow air into the fan and remove all dust from the cooling module. 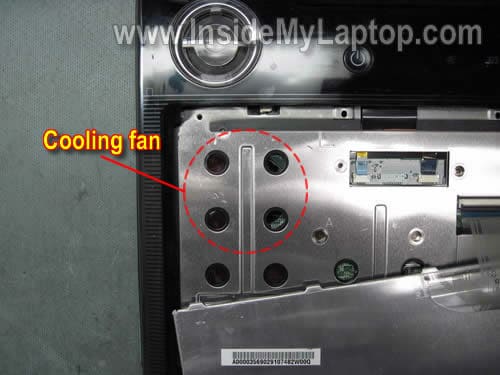 Change air direction two-three times until there is no dust coming out of the laptop. 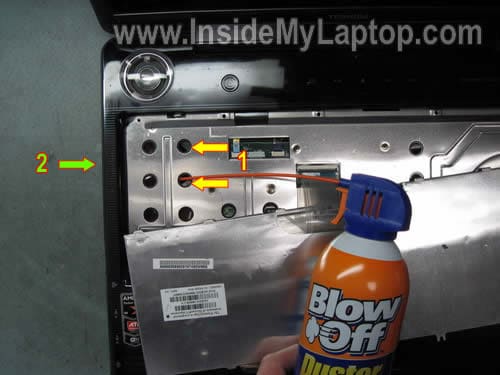