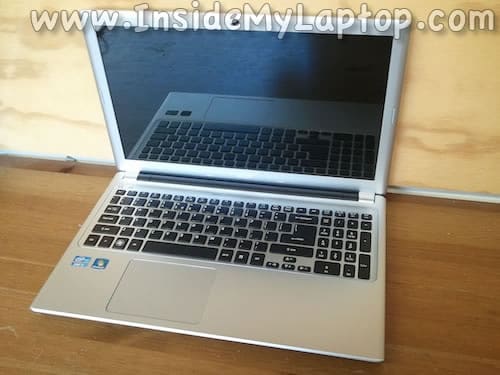 In this guide I will take apart an Acer Aspire V5-571 series laptop.

The main purpose of this disassembly is removing and replacing the hard drive which is mounted under the palm rest.

Make sure the laptop is turned off. 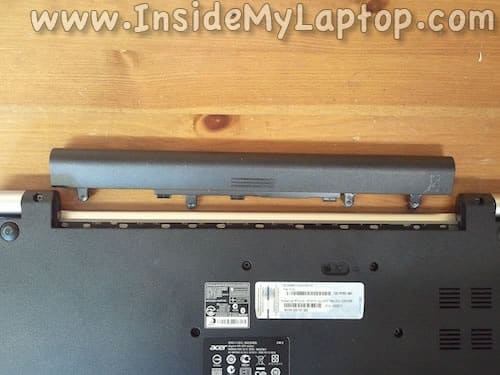 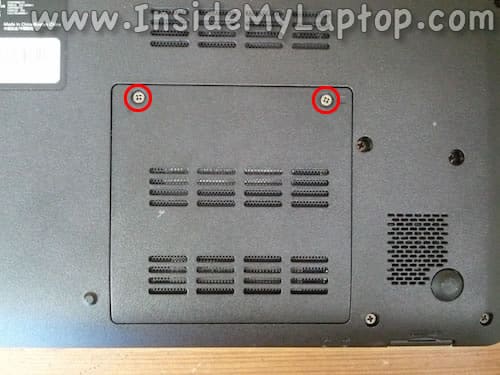 Under the cover you’ll get access to both RAM slots.

This Acer Aspire-V5-571-6889 came with only one memory module installed. 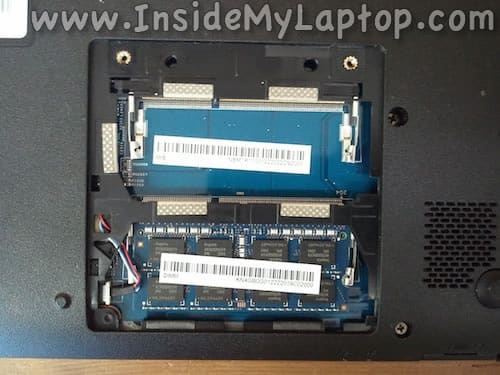 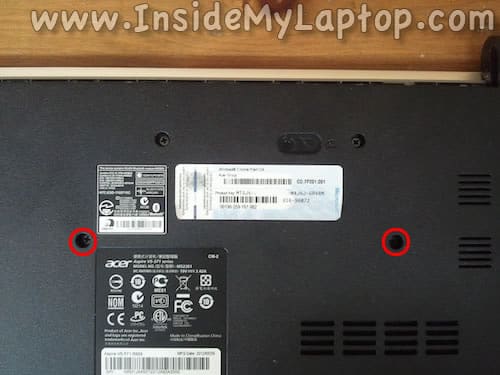 Removing the keyboard on this model is a little bit tricky. You’ll have to use a knife.

Insert the knife blade between the keyboard and top cover.

Carefully (not to damage the plastic part) push the keyboard to the show direction and at the same time lift it up. 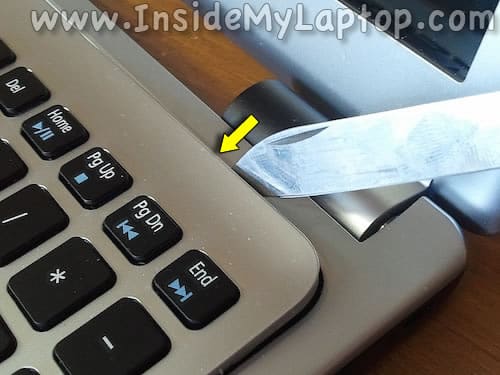 There are a few retainers securing the keyboard.

You’ll have to release them with the knife blade.

Continue lifting up the keyboard and at the same time work with the knife to release the retainers. 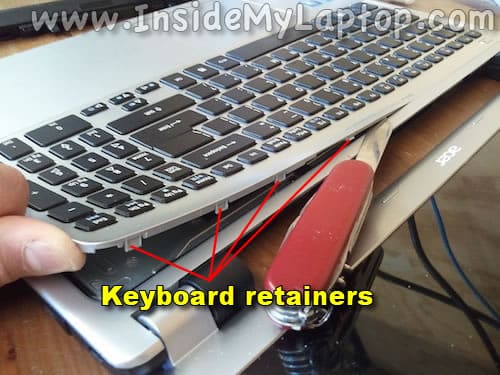 Lift up the upper side of the keyboard and move it towards the display assembly. 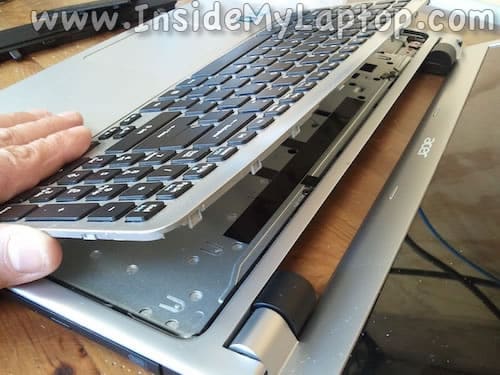 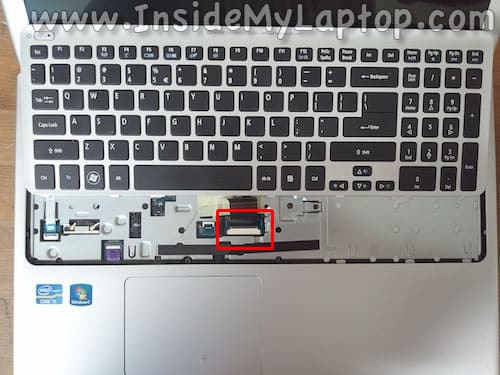 Slide the brown tap about 2-3 millimeters to the shown direction (green arrows). This will unlock the connector. 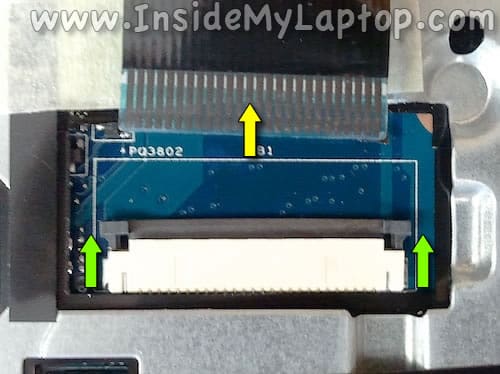 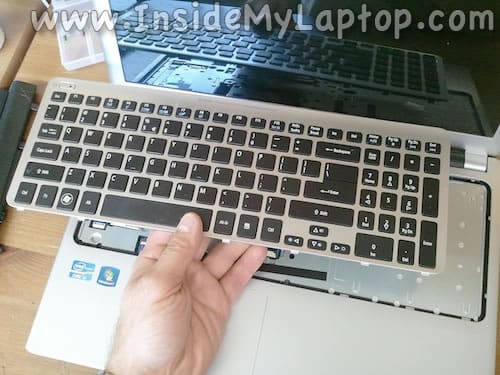 The optical drive secured by one screw located under the keyboard.

Remove the screw and turn the laptop upside down. 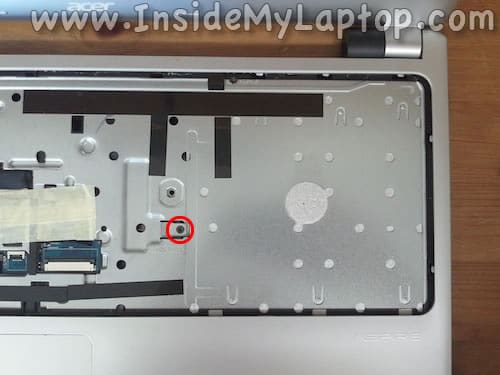 Pull the optical drive and remove it. 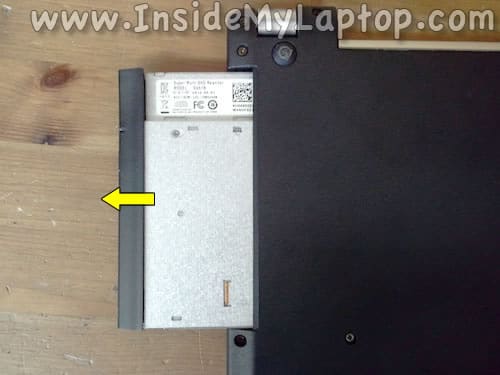 Remove all shown screws from the bottom. 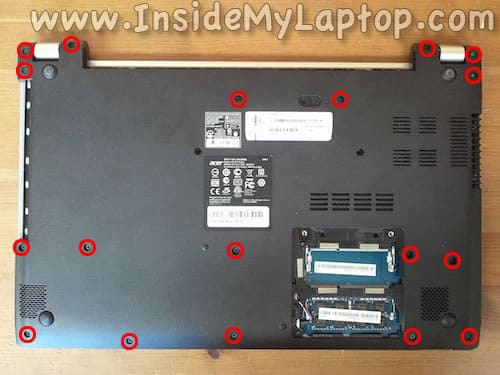 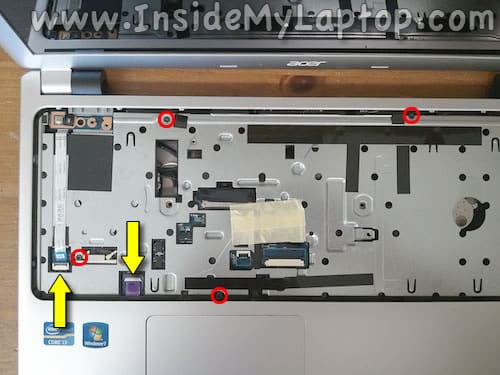 Here’s how to unlock both connectors.

Lift up the locking tap with your fingernail (green arrow). It will open up at a 90 degree angle.

Pull the cable from the connector (yellow arrow). 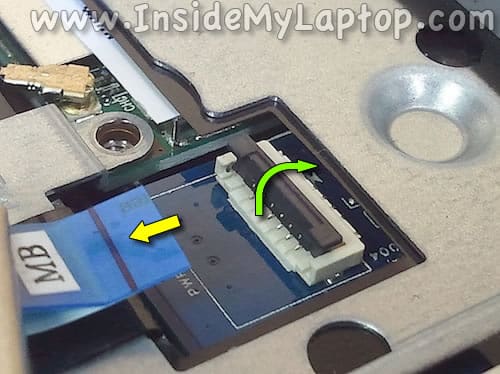 Start separating the top cover assembly from the bottom case. 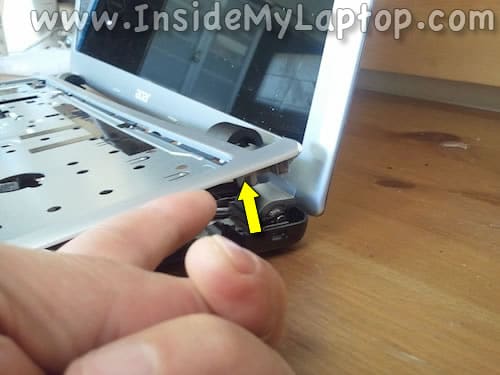 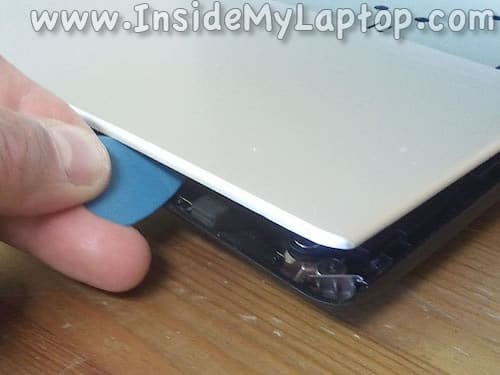 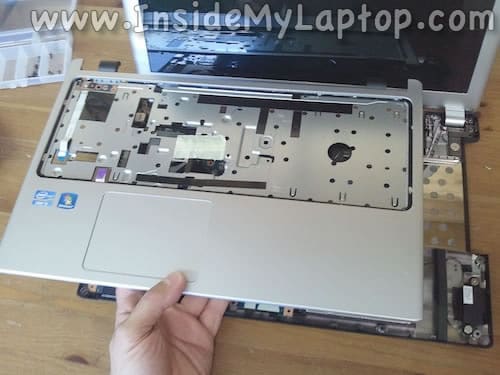 The power button board secured to the top cover by one screw and can be easily replaced if necessary. 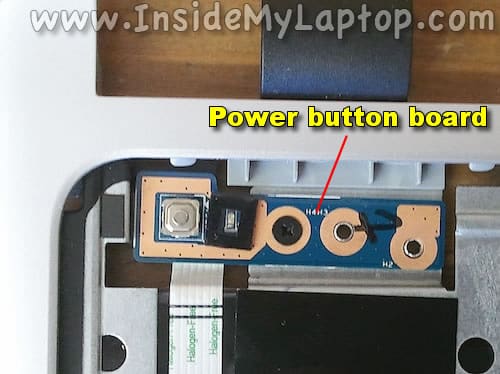 On the bottom side of the top cover you can access the touchpad. 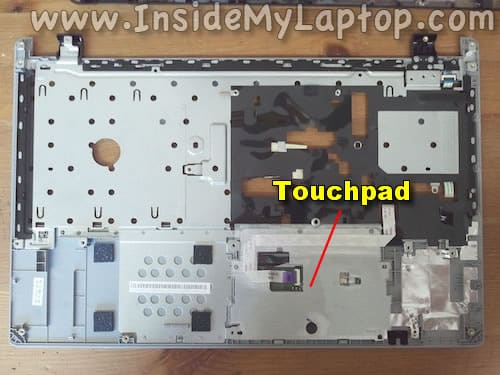 After the top cover removed you can access the hard drive. 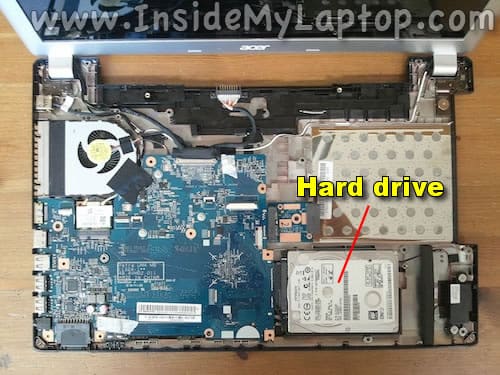 There are no screw securing the hard drive, it’s just fitted between support walls.

Now you can replace the hard drive with a new one or upgrade it to SSD. 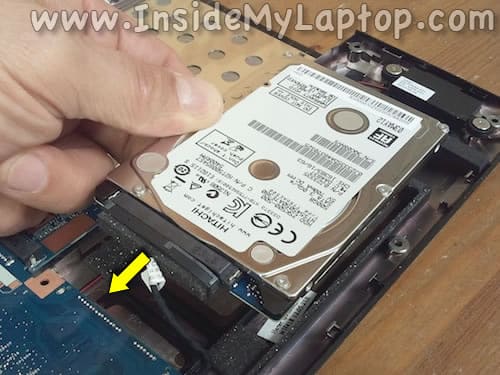 Also, under the top cover you can access the DC jack harness, cooling fan and wireless card.

The cooling fan is a part of the heatsink assembly. In order to replace the fan it’s necessary to remove the motherboard (shouldn’t be difficult).

You can clean up the fan without removing it. Just use an air compressor (or canned air) to blow off the dust. 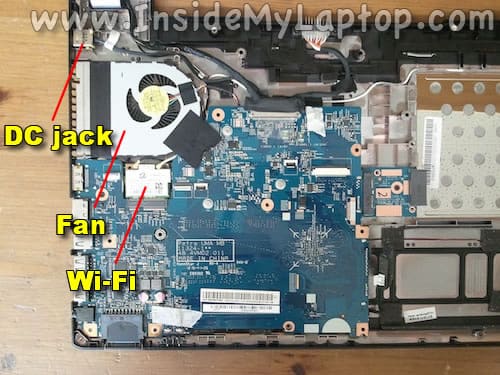