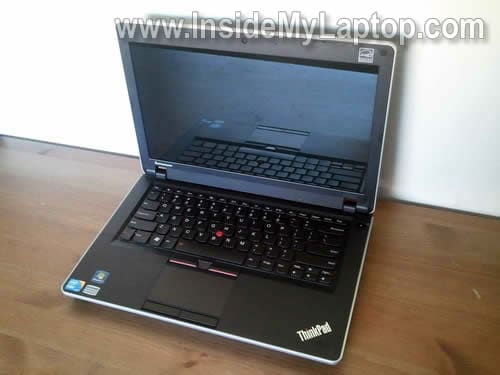 In this post I explain how to take apart a Lenovo ThinkPad Edge laptop.

Before you start, make sure the computer is turned off. 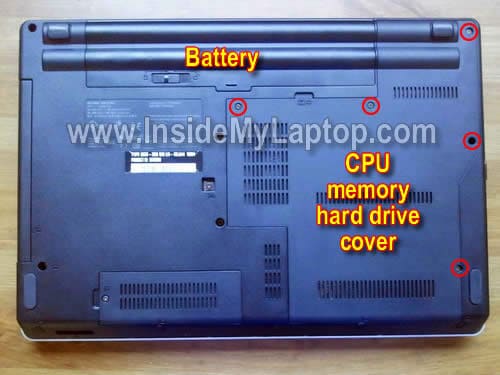 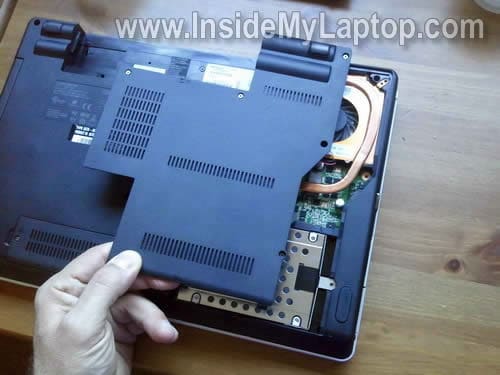 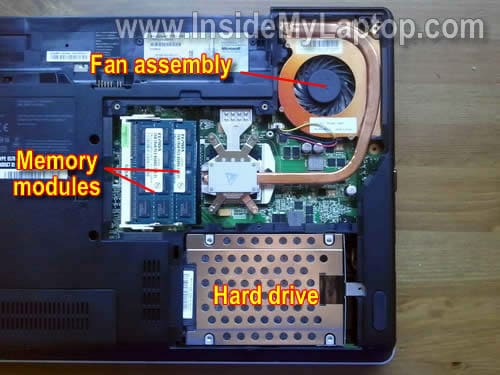 In order to remove the hard drive, slide it to the right and disconnect from the motherboard.

After that you can lift up and remove the hard drive assembly.

If you are replacing or upgrading the HDD, you’ll have to transfer the mounting bracket to the drive. 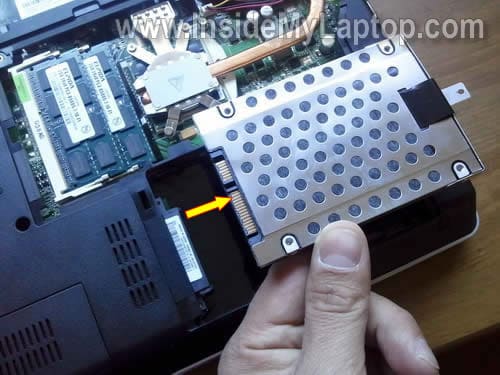 The fan is a part of the heatsink assembly.

In order to remove the fan assembly, you’ll have to loosen four screw securing the heatsink and disconnect fan cable from the motherboard.

After that you should be able to lift up and remove the fan assembly. If you find lots of dust inside, blow it off with compressed air. 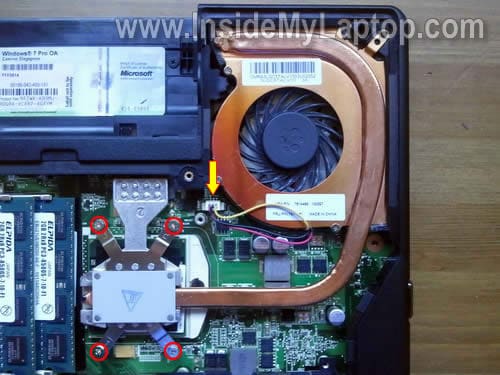 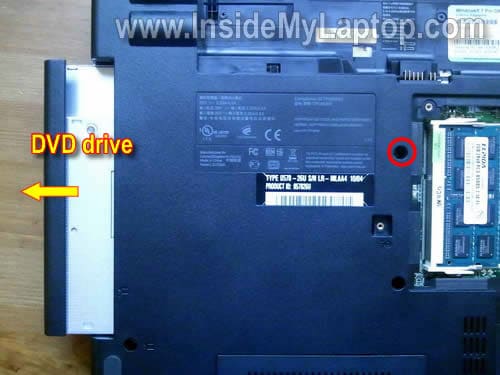 I also removed a small cover located in the lower left corner of the bottom base but… I didn’t find anything under this cover.

I think, in some different ThinkPad Edge models there is a WWAN card installed here. 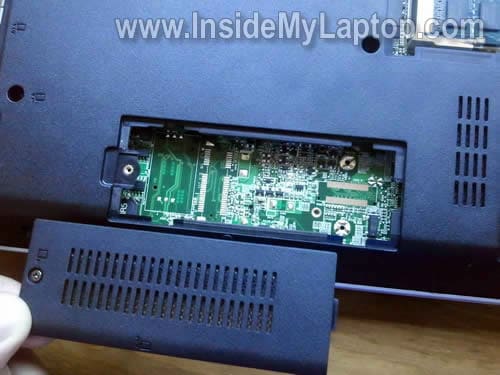 There are four rubber plugs located on the bottom. 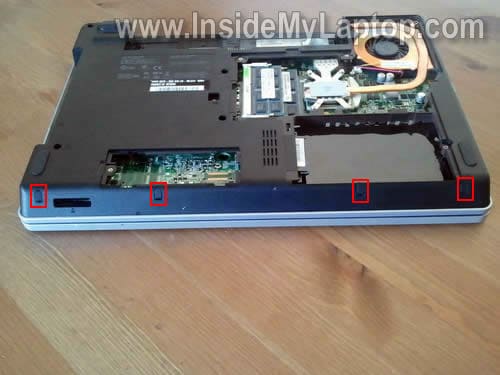 You can remove all four plugs with a sharp object. 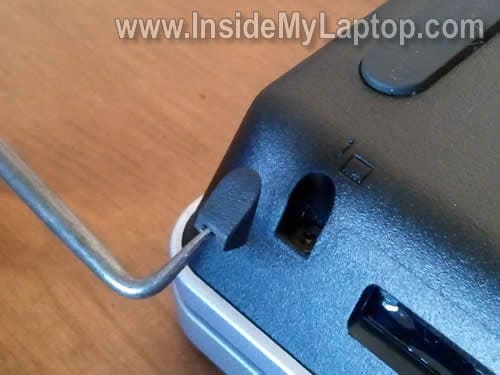 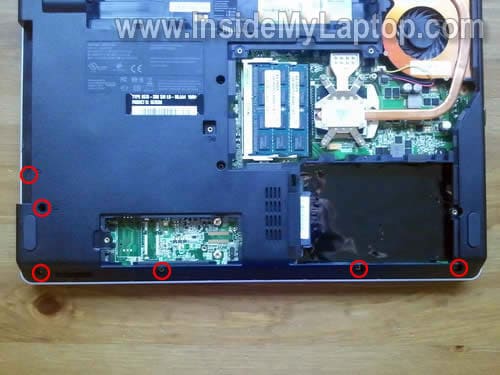 You can separate the palmrest assembly from the base with a guitar pick.

Insert the guitar pick between the palmrest and base and slowly move along the side. 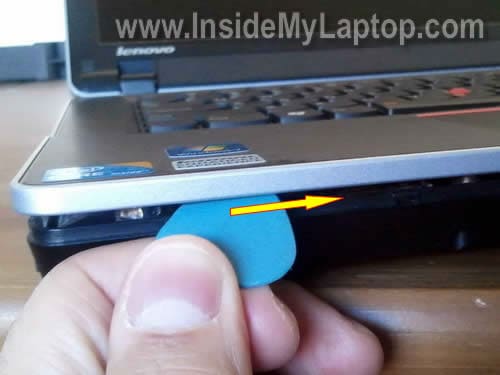 Carefully lift up the palmrest/touchpad assembly and place it upside down on the table. 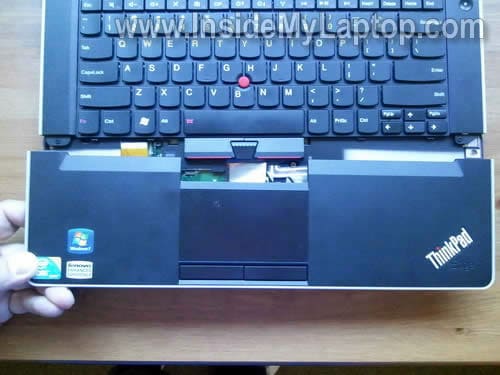 Now you can access the touchpad cable which is connected to the motherboard. 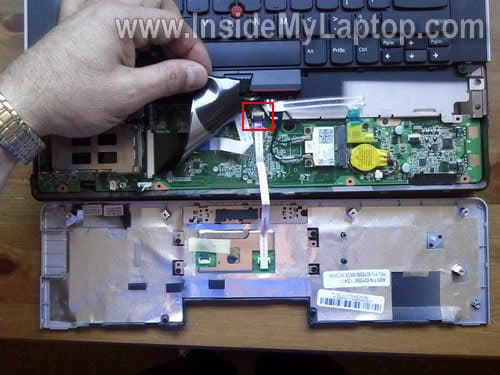 In order to unlock the touchpad connector, lift up the brown clip in the direction shown on the following picture. 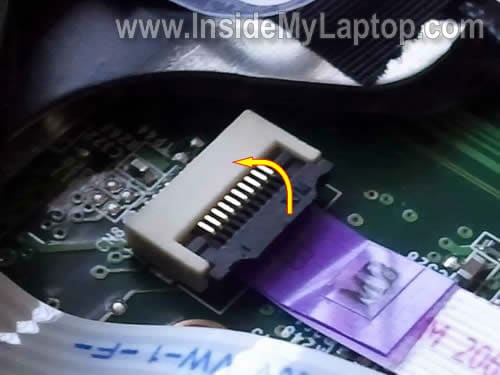 The connector clip opens up at a 90 degree angle.

Now you can pull the touchpad cable from the connector. 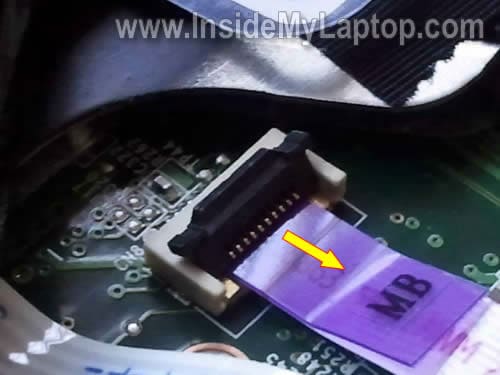 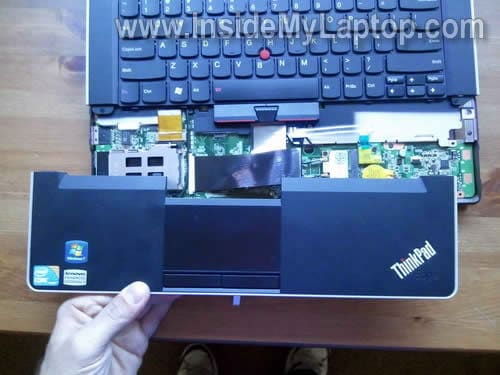 In the following steps I show how to disconnect and remove the laptop keyboard.

Remove two screws securing the keyboard on the bottom. 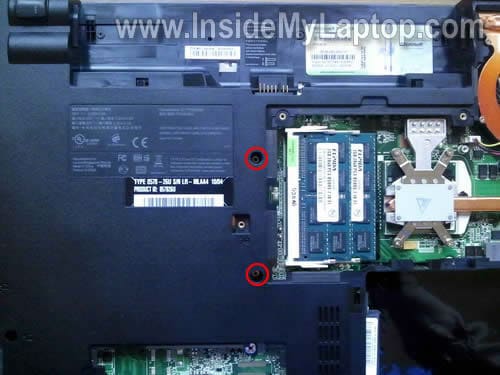 Two connectors are shown on the picture below.
The third connector hidden under the black ribbon cable.

Let’s disconnect all three cables one by one. 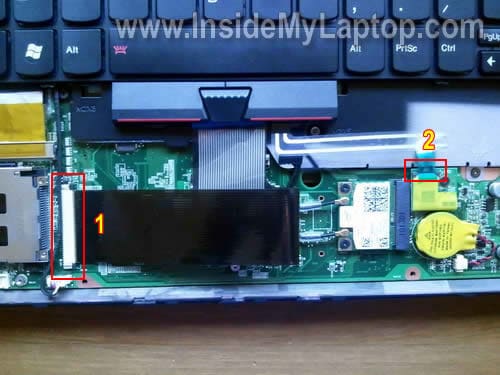 In order to unlock the first connector you’ll have to move the black clip about 2 millimeters to the direction shown by two arrows.

After the connector is unlocked, you can pull the ribbon cable. 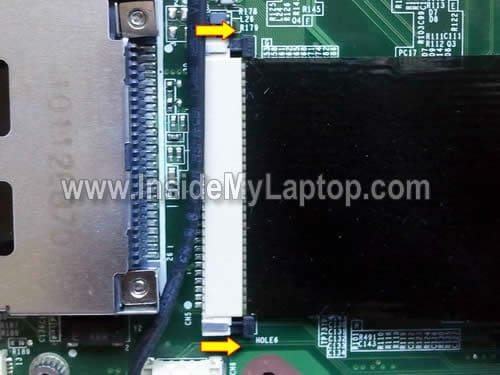 Unlock the second connector same way you unlocked the first one. 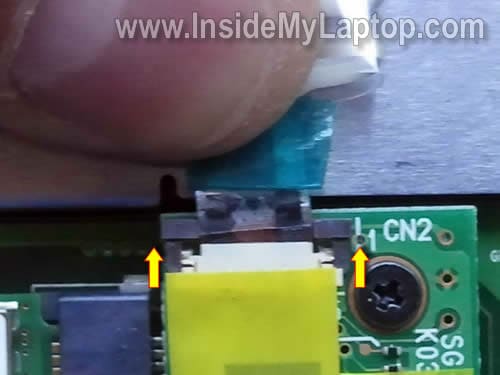 As I mentioned earlier, the third keyboard connector located under the black ribbon cable. 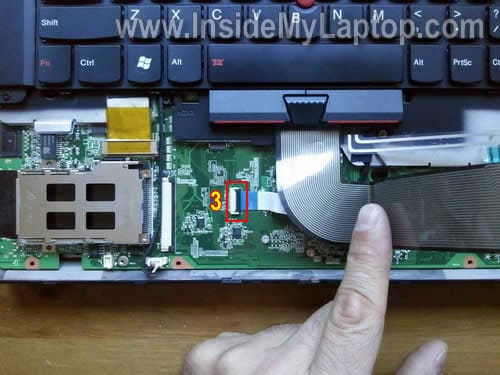 Move the brown clip in the direction shown by the yellow arrow.

It will open up at a 90 degree angle. 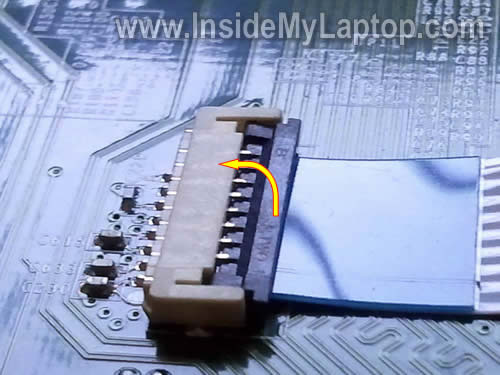 After the connector is unlocked, you can pull the cable. 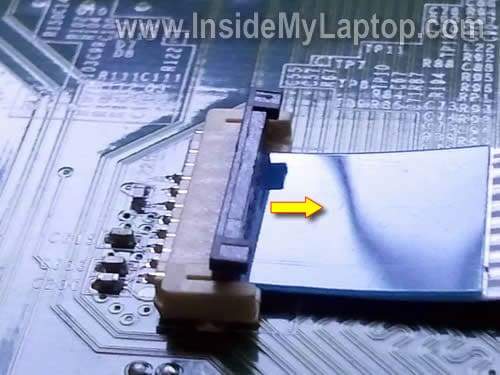 After all three connectors unlocked and cables released, you can remove the keyboard. 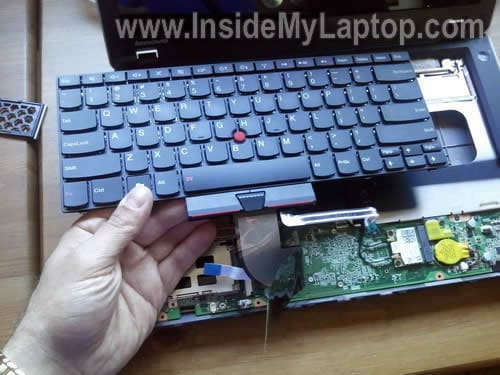 The Lenovo keyboard part number printed on a sticker. 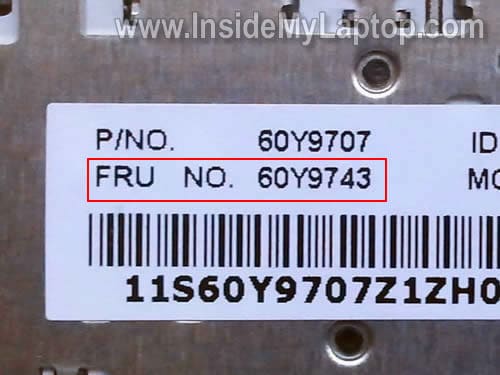 The wireless card and CMOS battery locations shown on the following picture.

It’s not necessary to remove the keyboard in order to access the wireless card and CMOS battery. 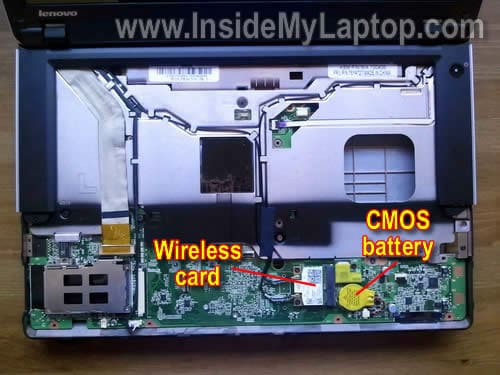