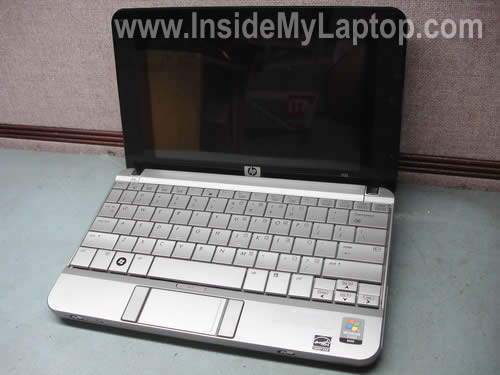 In this guide I disassemble a HP 2133 Mini-Note PC.

I will explain how to remove the keyboard, replace memory module and access hard drive. Fortunately all these three components can be removed without taking the whole thing apart.

Also, you should be able this guide for taking apart a HP 2140 Mini-Note PC which has the same body.

Before you start do not forget to turn off the computer and remove the main battery.

In the battery compartment you’ll find three screws securing the keyboard to the case. 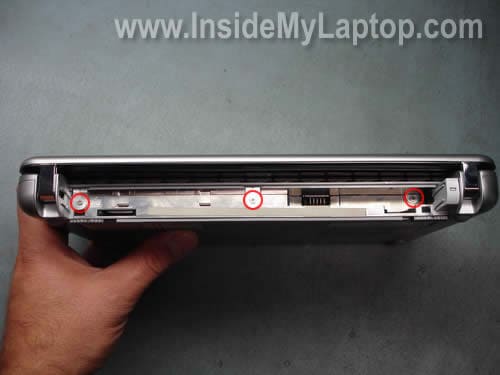 Carefully lift up the top side of the keyboard as it shown on the picture below.

There are small plastic latches securing the keyboard on both side.

Do not lift up the keyboard too much, it’s still connected to the motherboard. 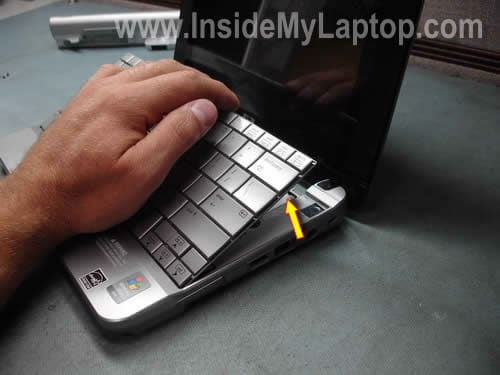 Move it towards the display so you can access the cable connector underneath.

You’ll have to unlock the connector before you can release the cable.

WARNING! Be very careful with the connector. The connector is permanently attached to the motherboard. If it’s broken, the whole motherboard has to be replaced. 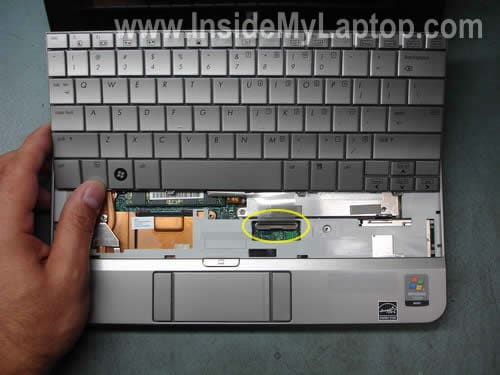 In order to unlock the connector, lift up the brown locking clip. 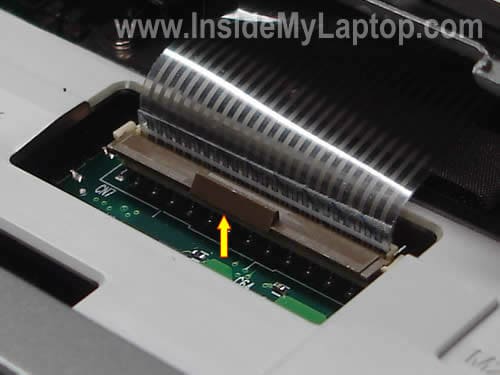 On the picture below you see the same connector in the unlocked state. 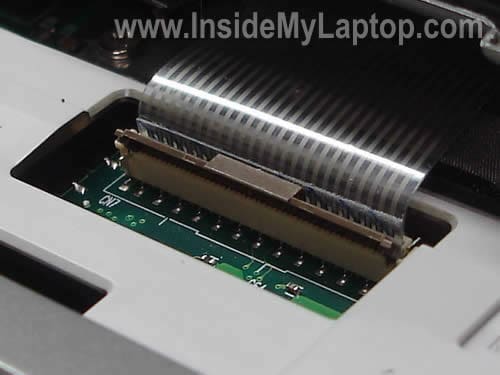 Now you can release the cable and remove the keyboard. 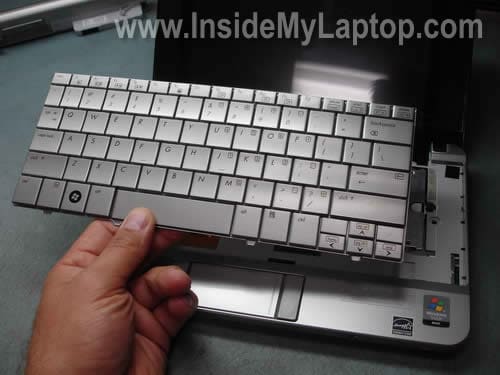 Here’s the back side of the keyboard.

The keyboard is not expensive and can be purchased for less than $25. 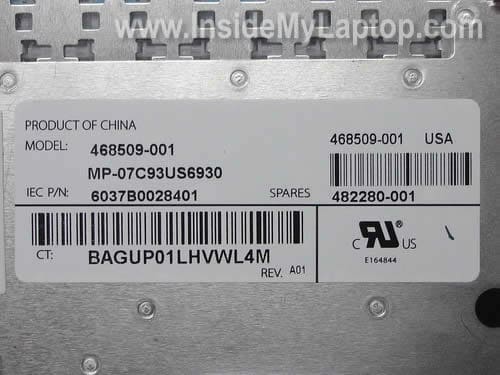 HP 2133 Mini-Note PC has only one memory slot and it’s located under the keyboard.

You’ll find the memory module between the cooling fan and hard drive.

In order to remove the memory module, carefully spread latches on both sides of the slot. 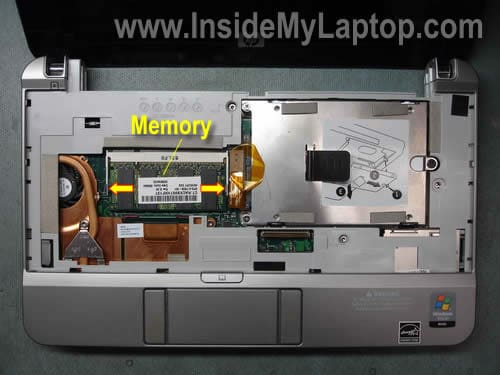 The memory module will pop up at a 20-30 degree angle and you can pull it from the slot by the edges. 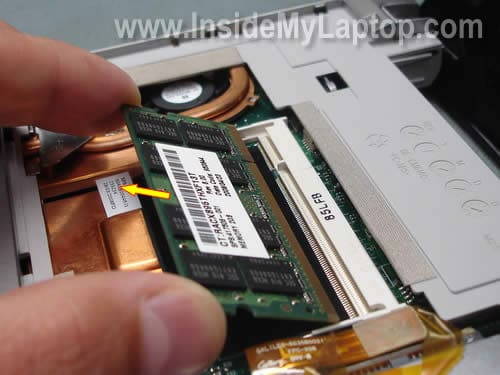 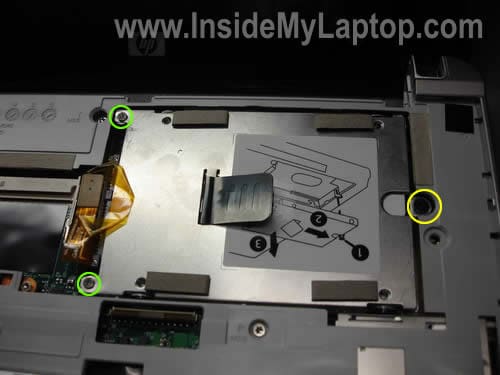 Pull the hard drive cable up and disconnect it from the motherboard. 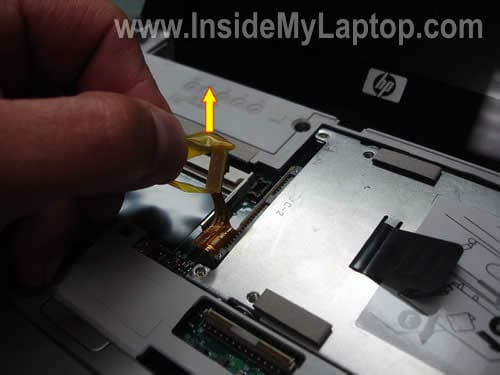 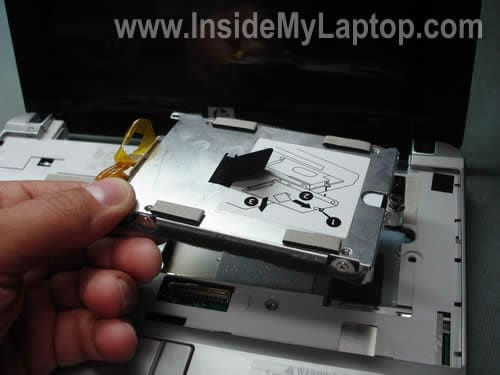 Remove two screws from each side of the hard drive assembly. 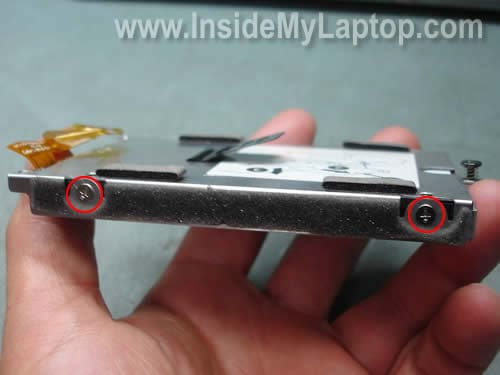 Remove the hard drive from the caddy. 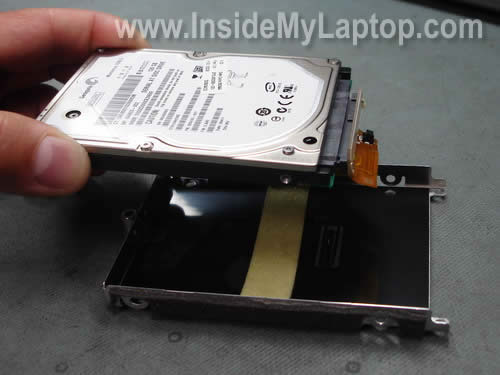 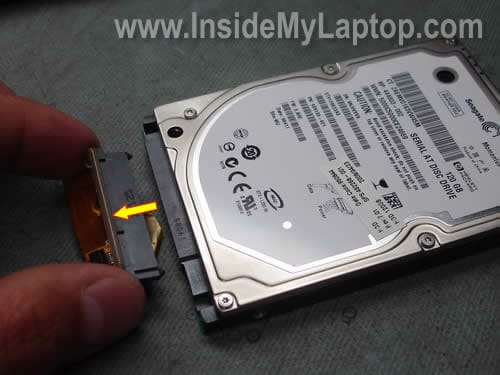 Now you can replace the hard drive with a new one. In my laptop I had a 120GB 7200RPM HDD installed.

You can replace it with a larger drive without any problem. Make sure then new HDD also works at 7200RPMs.

If your laptop overheats, most likely it happens because the cooling module got clogged with dust.

When you remove the keyboard you can get some limited access to the cooling fan. It would be enough for cleaning  it.

Use canned air of find an air compressor. Spray compressed air into the fan until all dust is gone.

Block the fan with your finger so it doesn’t spin when you spray air inside the cooling module. Hi RPMs can kill the fan bearing. 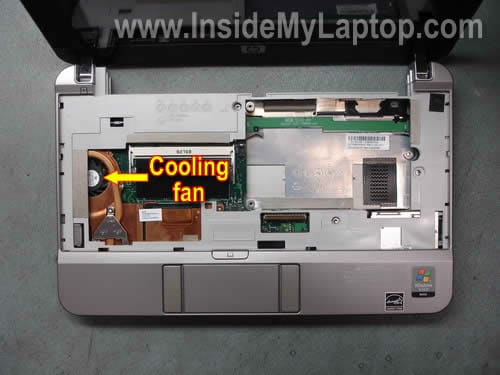 By the way, the display panel disassembly instructions (LCD screen, inverter board removal, etc…) are posted in the chapter 11 (Recycling) on the page 112.