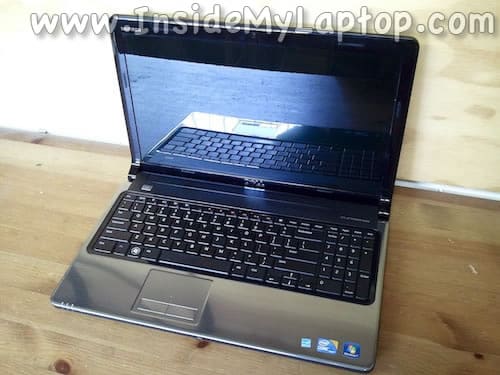 Today I will disassemble a Dell Inspiron 1564 laptop.

My goal is removing and replacing the cooling fan which is mounted deep inside the case.

Make sure the laptop is turned off.

Unlock and remove the main battery. 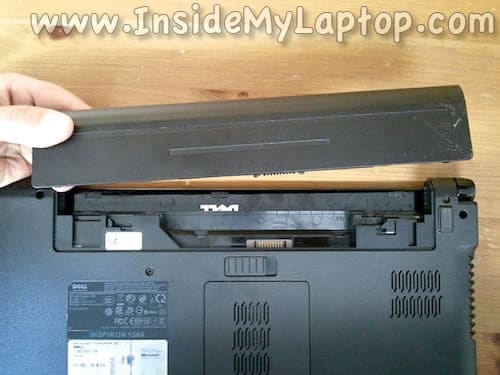 Loosen three screws securing the cover on the bottom. 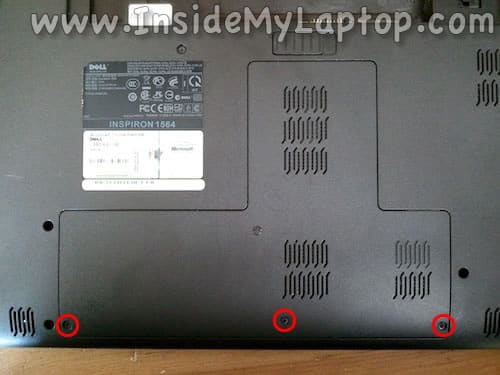 Under the cover you can access the hard drive, both RAM modules, wireless card and CMOS battery. 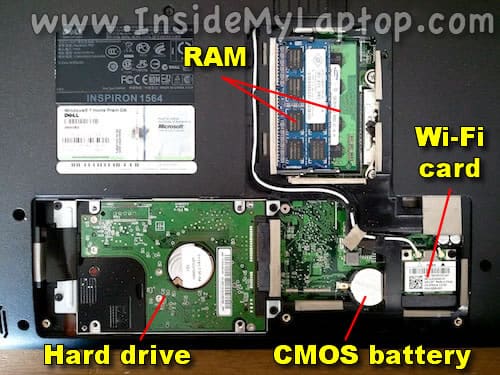 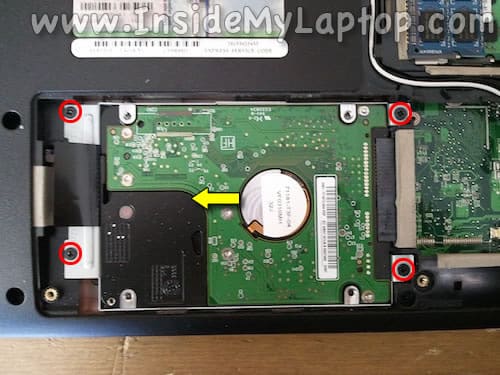 Slide the optical drive to the left and pull it from the case. 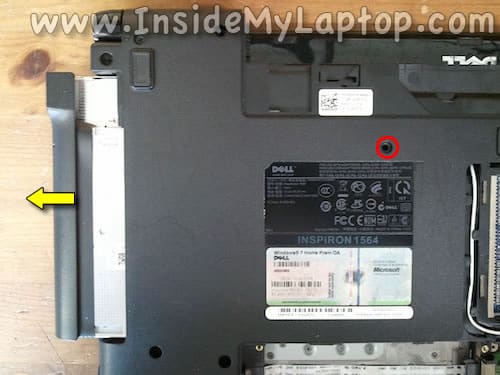 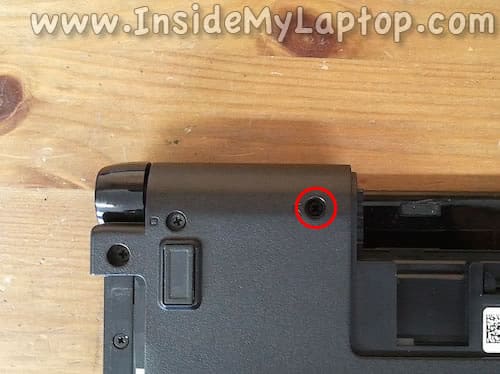 Carefully separate the power button cover from the top cover. 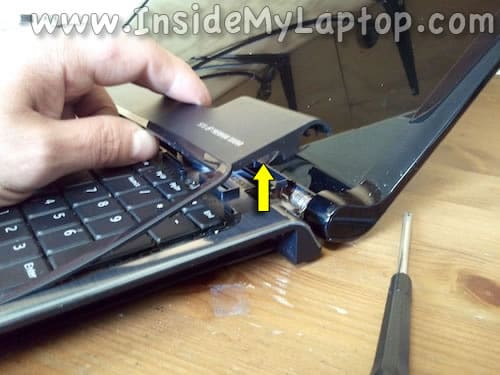 I am using a guitar pick to separate two parts. 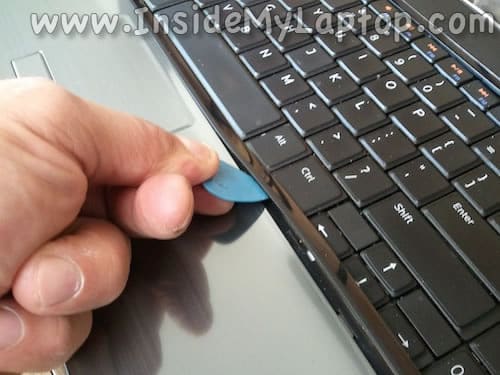 Lift up the cover. Be careful, the power button board still connected to the motherboard. 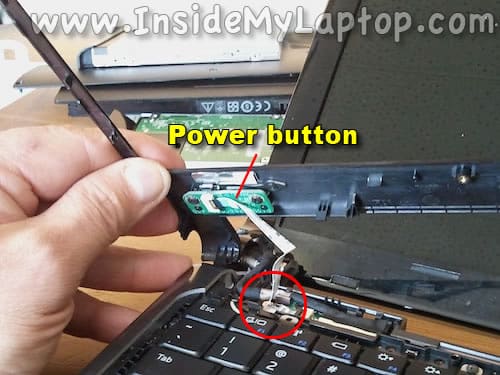 Unlock the connector by lifting up the retainer with your fingernail (green arrow).

After that pull the cable from the connector (yellow arrow).

Now you can remove the power button cover completely. 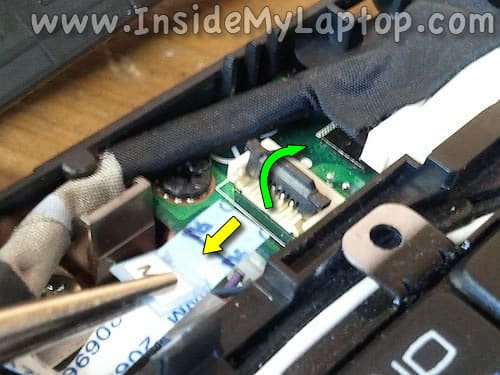 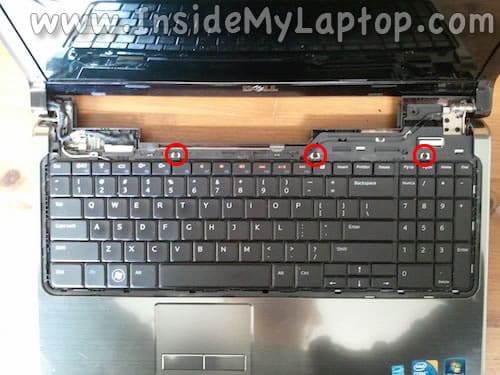 Lift up the keyboard and turn it upside down on the palm rest. 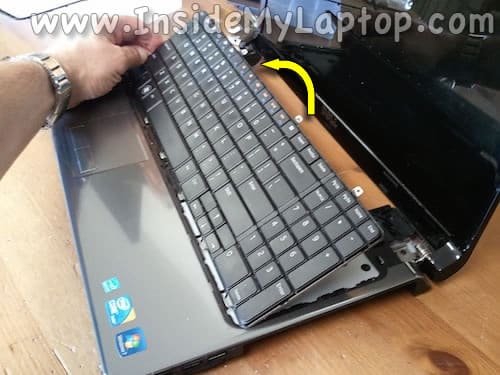 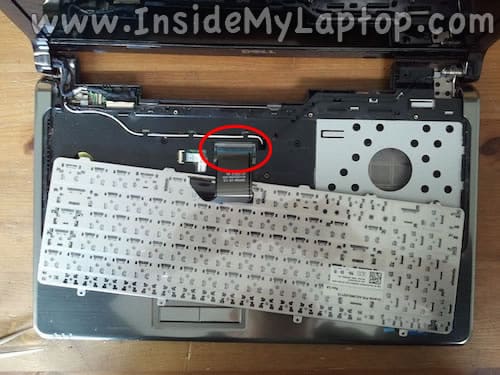 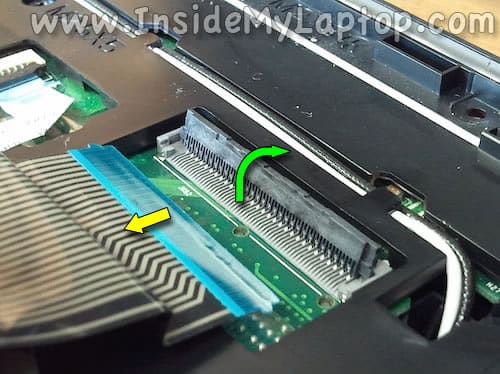 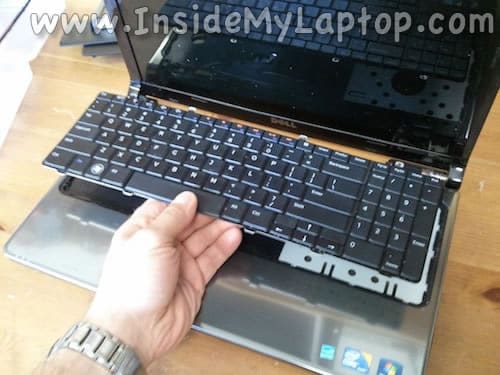 Remove all marked screws from the bottom of the laptop. 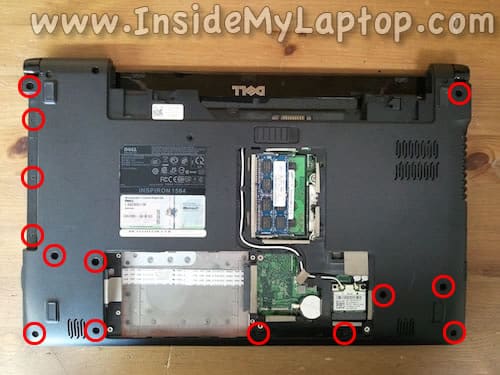 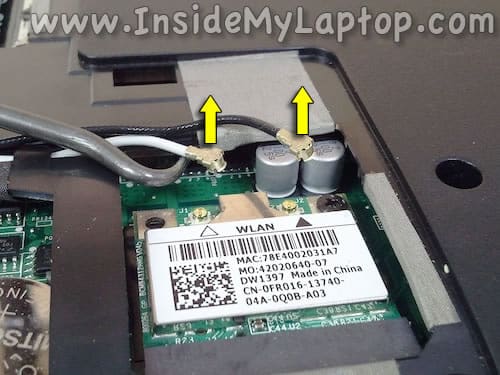 Remove both antenna cables from the routed path on the bottom. 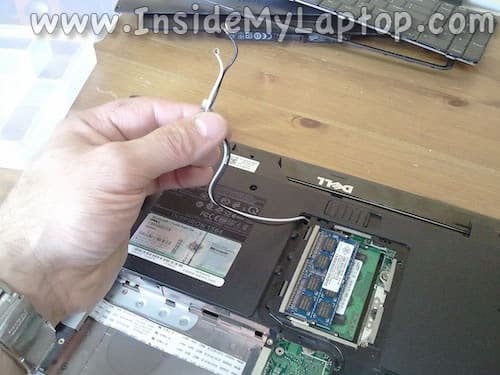 Pull both antenna cables thought the opening in the top cover. 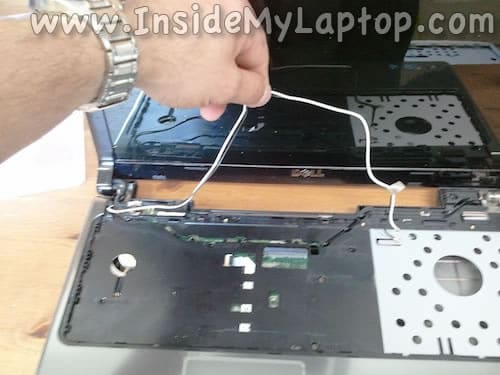 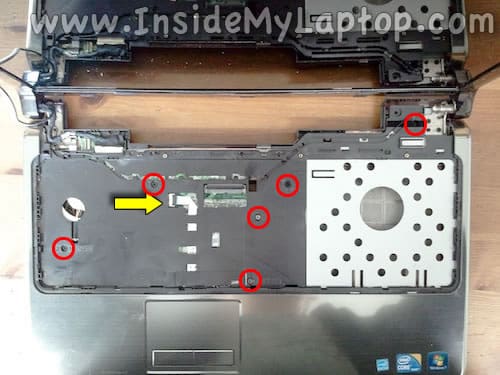 Separate the top cover assembly from the bottom case. 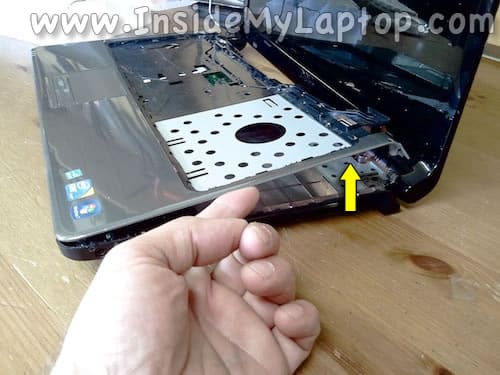 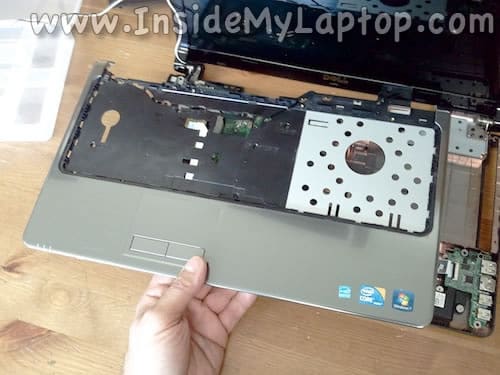 On the other side of top cover you can access the touchpad. 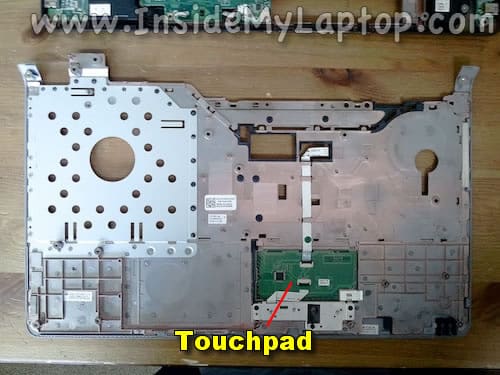 When the top cover removed you can access the cooling fan, optical drive connector, USB board and motherboard. 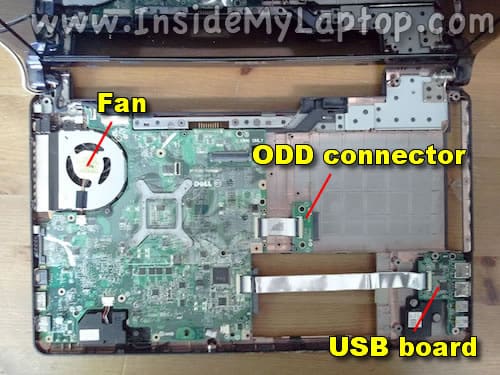 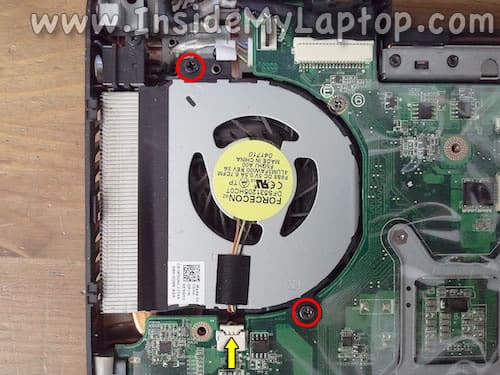 Clean it up from dust or replace if necessary. 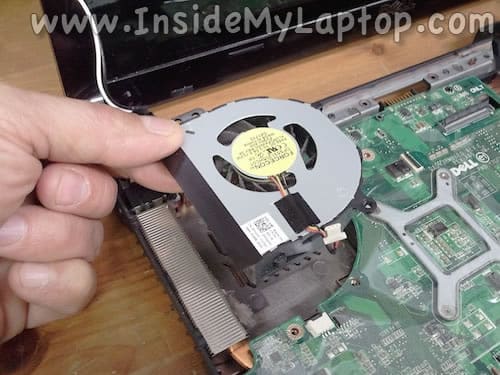 In a Dell Inspiron 1564 laptop the DC jack can be easily removed and replaced.

Simply disconnect the jack cable from the motherboard, remove one screw securing the jack and remove it from the case. 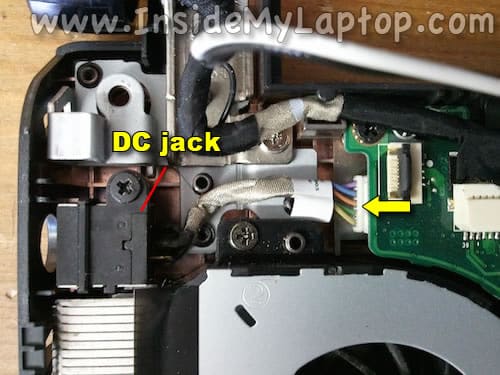 In my previous post I explained how to replace Dell Inspiron 1564 screen.