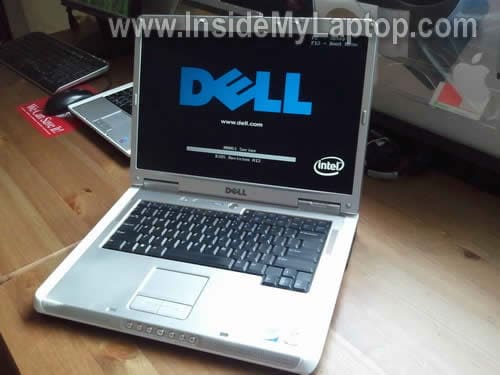 In this guide I explain how to disassemble a Dell Inspiron E1505 or Inspiron 6400 laptop and replace the cooling fan.

In my case the fan started making lots of noise. The fan mounted inside the case, so the whole unit has to be disassembled.

Remove two screws securing the hard drive assembly and pull it out. 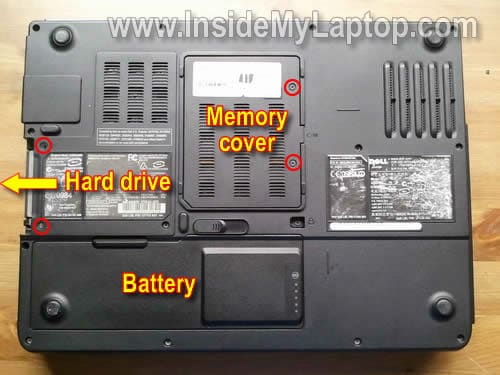 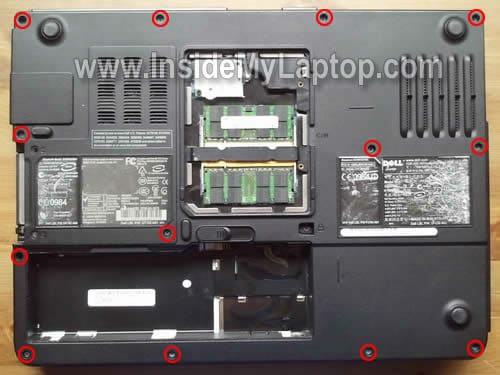 Push the drive from the laptop case with a screwdriver.

Pull the optical drive out. 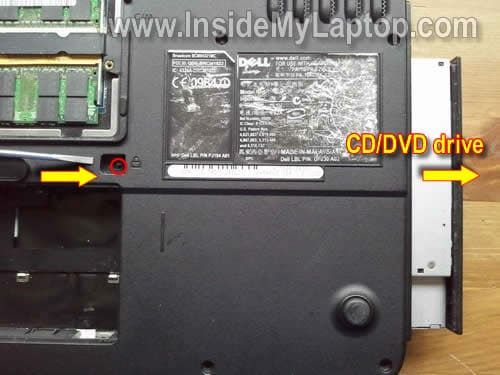 Remove two screws securing display hinges on the back.

These screws are hidden under screw seals. 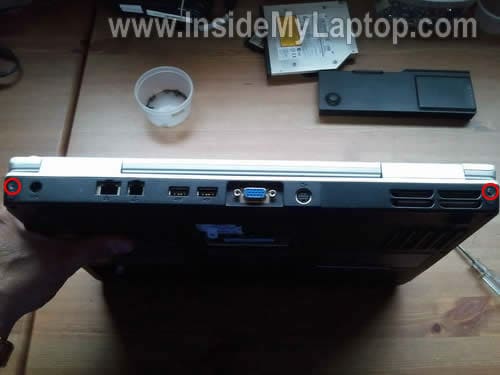 On the following 7 steps I’ll be removing the keyboard.

By the way, it’s not necessary to go through all previous steps in order to remove the keyboard. Simply follow steps 5-11.

Lift up the right side of the power button board cover with a screwdriver. Remove the power button board cover. 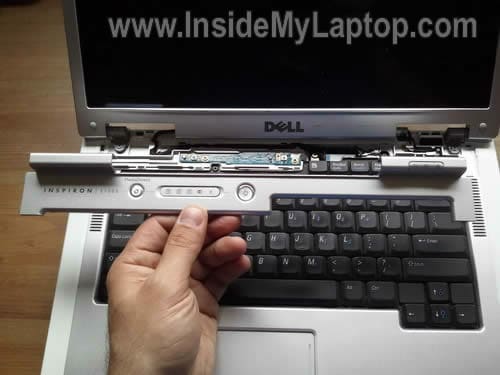 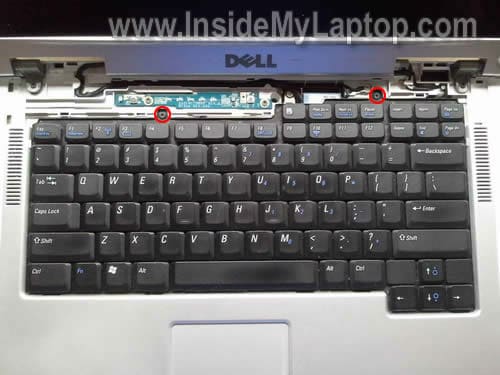 Lift up the keyboard and carefully separate it from the top cover. 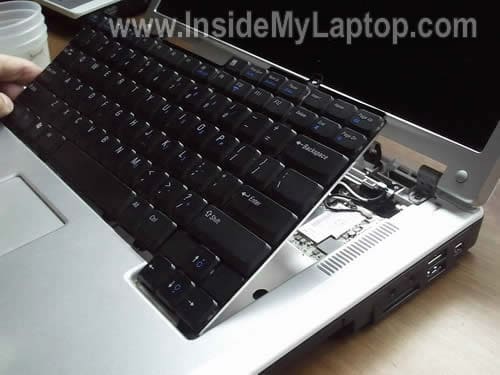 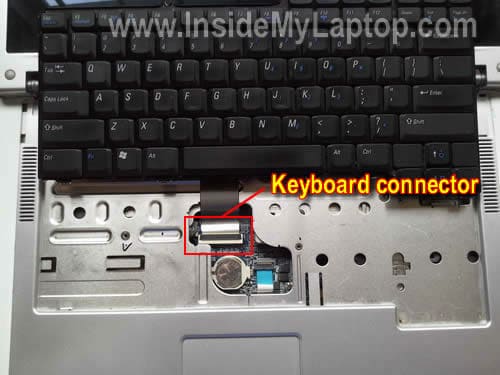 Unlock the connector and remove the cable.

On the following picture the connector is shown in unlocked state. 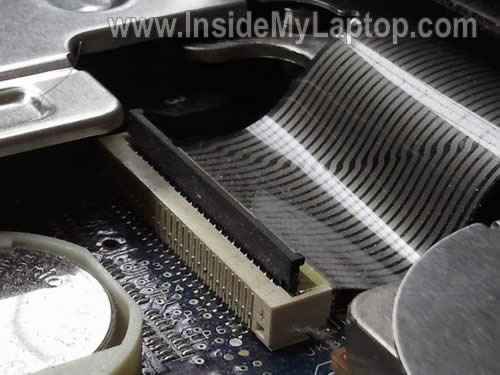 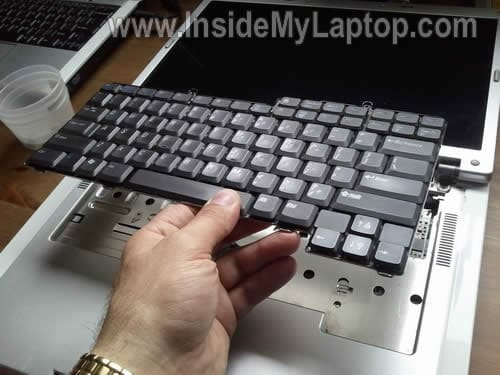 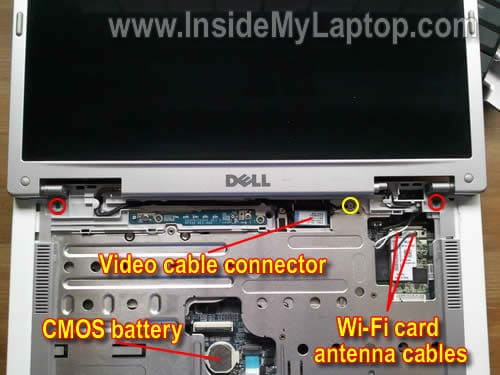 By the way, here’s how to remove the screen. 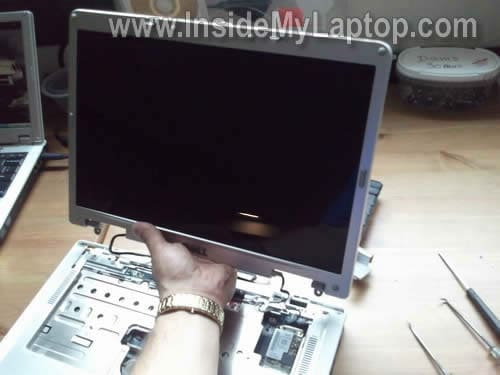 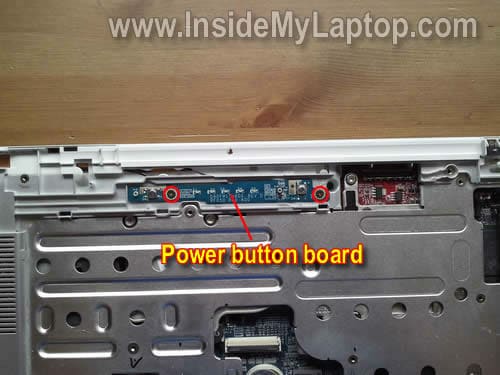 Carefully lift up and disconnect the power button board from the motherboard. 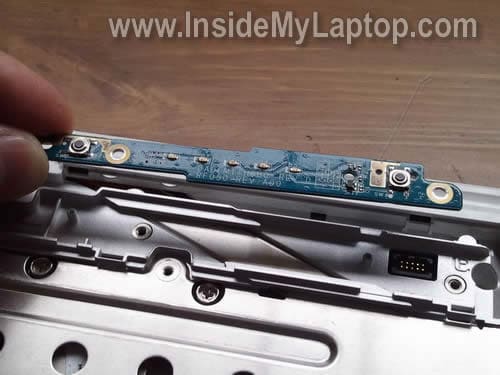 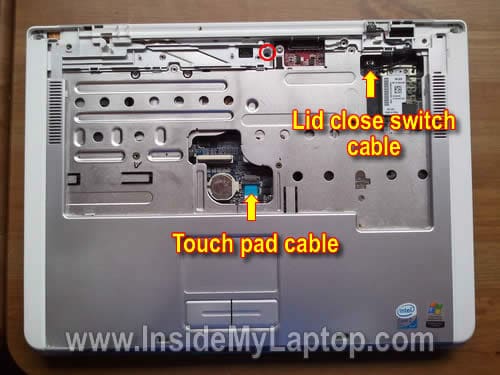 On the following picture the touch pad connector shown in unlocked state. 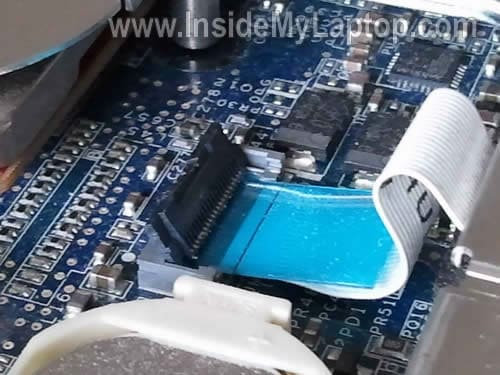 Separate the top cover assembly from the laptop bottom. 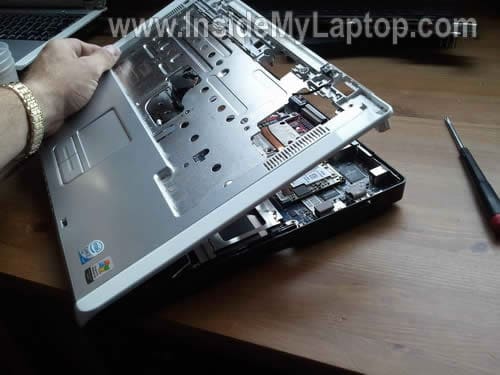 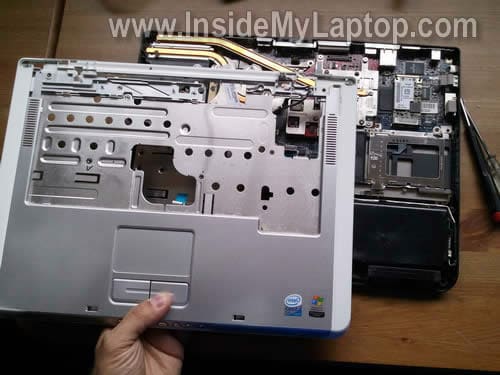 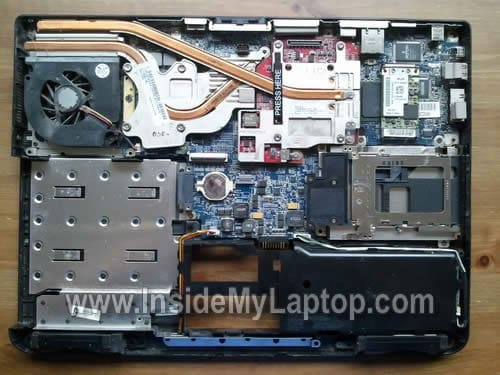 Unplug the cooling fan cable from the motherboard. 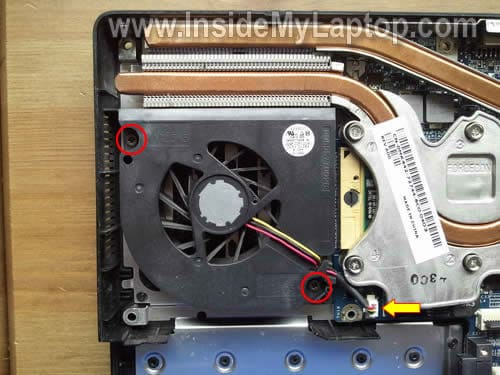 Now you can remove the cooling fan and replace it with a new one. 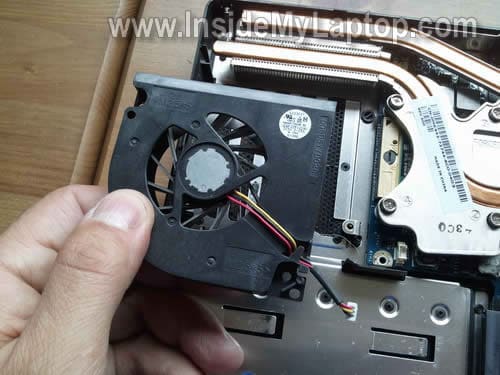