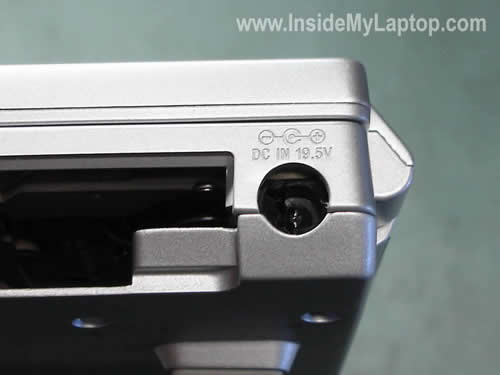 These instructions explain how to take apart a Sony Vaio VGN-FZ220 series laptop.

I had to replace the DC-IN power jack because it was broken. The jack is soldered to the power harness and can be easily replaced if you have basic soldering skills. Use this guide on your own risk. 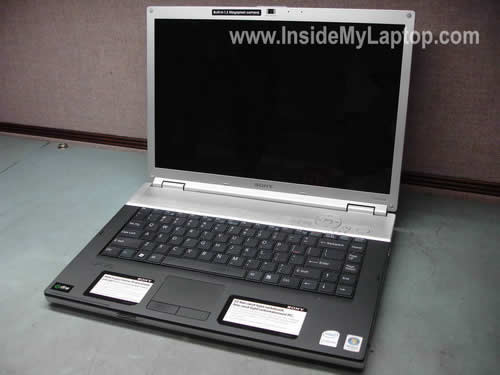 I will be taking apart a Sony Vaio VGN-FV220E model but I think you can use them for entire VGN-FV220 line. 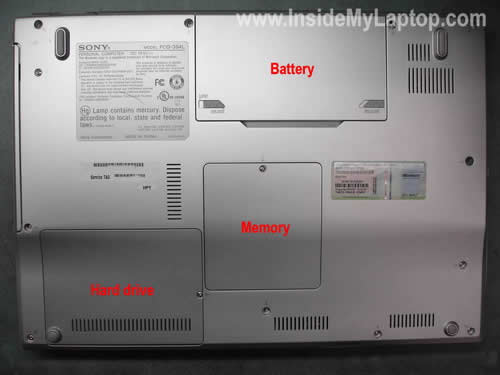 STEP 1.
Unplug the power adapter. Unlock and remove the battery.

Remove one screw securing the hard drive cover and remove the cover. 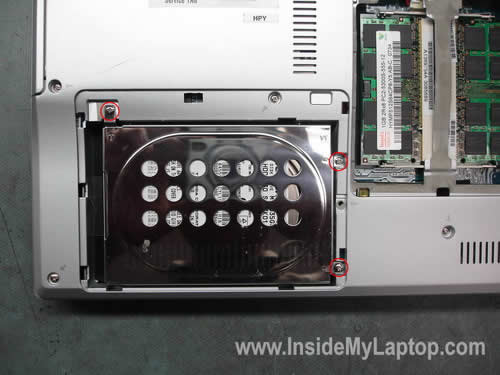 Remove both memory modules (spread latches on both side of the slot and carefully pull the module out). 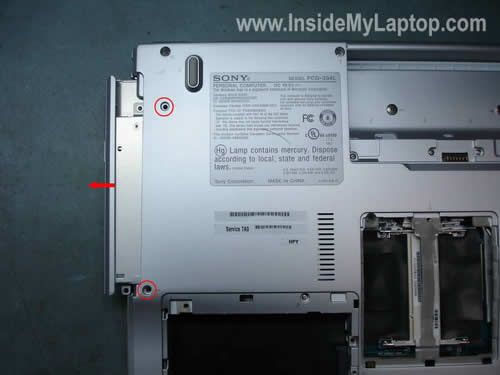 STEP 4.
Remove all screws (marked red and green) from the bottom.

STEP 5.
Carefully disengaged three latches in the battery compartment. These latches secure the keyboard bezel. Push on latches with a small flathead screwdriver until they are unlocked. 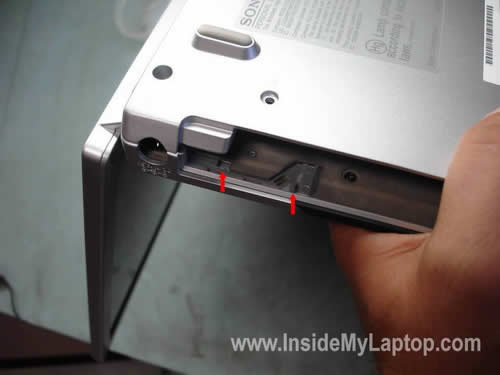 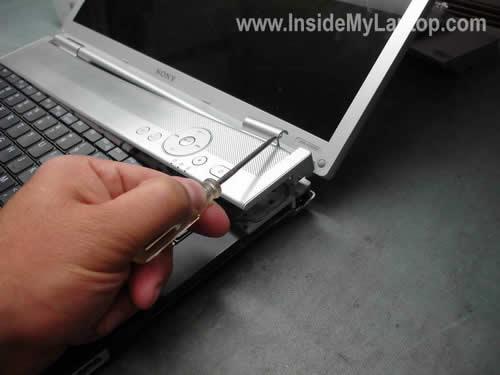 STEP 7.
You can remove the bezel with a small flathead screwdriver. 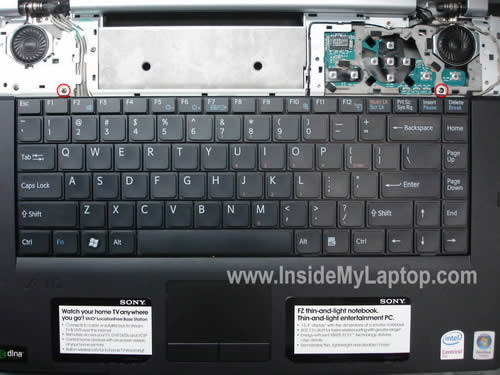 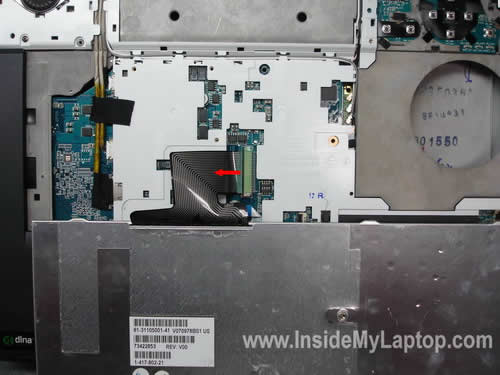 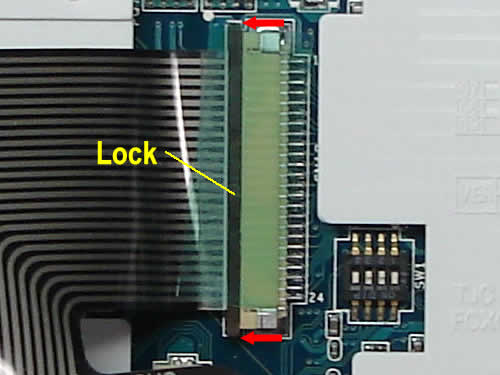 STEP 9.
Carefully lift up the keyboard and place it upside down on the palm rest. The keyboard cable is connected to the motherboard.

First, unlock the connector. Remove clear tape securing the connector. After that slide the LOCK (this part of the connector secures the cable inside) about 1-2 millimeters to the left using your fingernails. This will release the cable. Now you can pull cable from the connector and remove the keyboard.

WARNING! If you break the connector the keyboard will never work again (unless you find a way to repair the connector or replace the whole motherboard). Be careful. 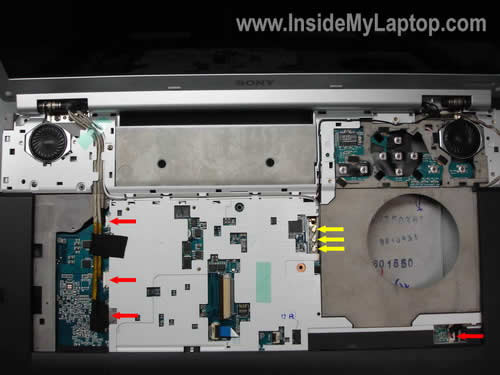 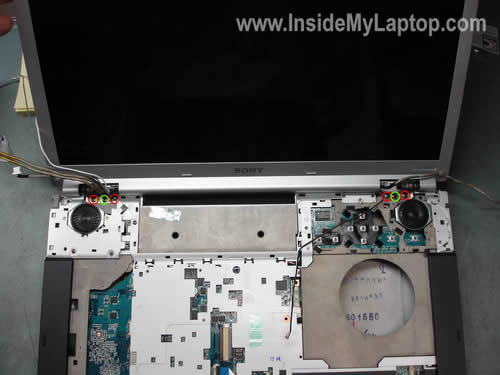 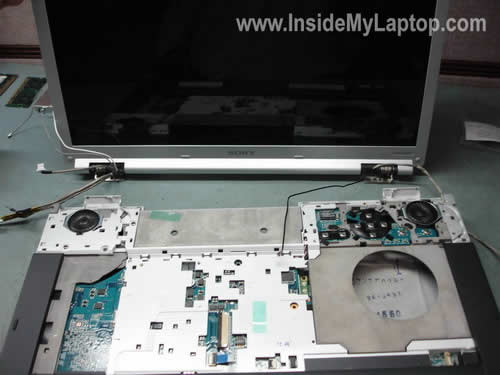 STEP 12.
Lift up and remove the display panel.

Here’s what you have to do. Leave all cables mentioned in the step 10 connected and go to the step 11. Remove only two red screws from each hinge and do not remove green screws. Now you can close the display and proceed to the step 14 (removing base assembly). 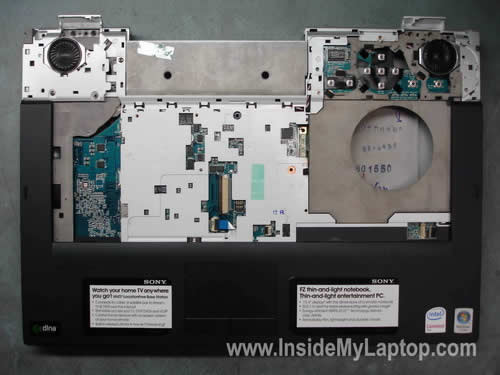 STEP 13.
The display panel has been removed. I didn’t have to remove it but I did. 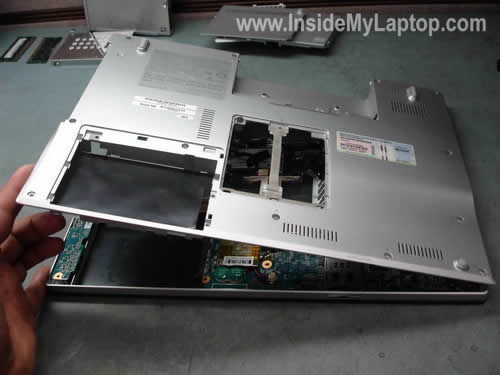 STEP 14.
Turn the computer upside down and remove the base cover. 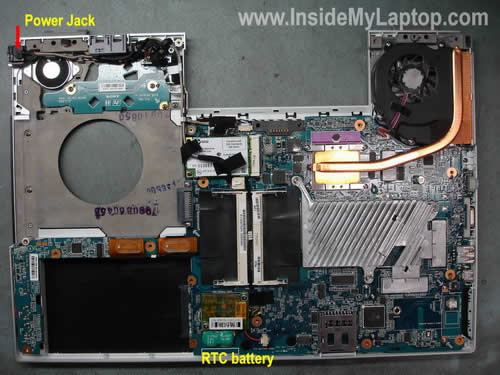 STEP 15.
Now you can access and replace the DC-IN power jack located in the top left corner.

Do you see the RTC (CMOS) battery? I’ll explain at the end why I mentioned the battery. 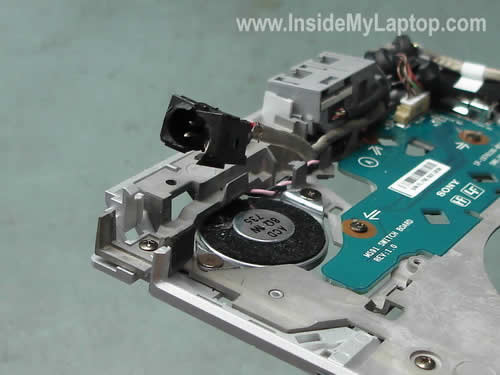 STEP 16.
The DC-IN power jack was broken in many pieces. I unsoldered the broken jack and replaced it with a new one. 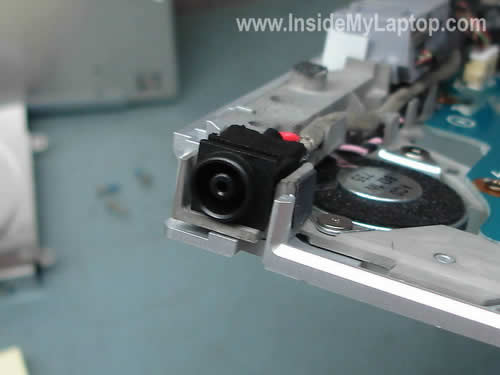 The power jack has been replaced. Now you can assemble the laptop following steps 16-1.

IMPORTANT! After I replaced the jack, I assembled the laptop back together, plugged in the power adapter, pressed on the power button and NOTHING! The laptop was dead! There were no LED lights or any activity at all. I tested power jack continuity with a voltmeter and didn’t find any problem. The motherboard was getting power but didn’t turn on. I thought the motherboard was fried. Just in case I unplugged the RTC (CMOS) battery from the motherboard, waited for 30 seconds and plugged it back in. Tested the laptop again AND it started like new!!!!