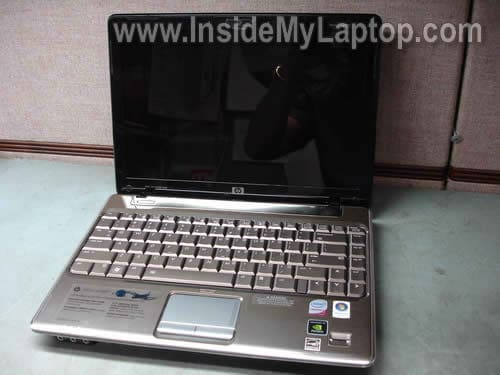 In this post I explain how to remove and replace damaged keyboard in an HP Pavilion dv3500 (dv3000 series) notebook.

It’s not difficult and if you are careful enough, the entire procedure will take about 10-15 minutes.

It’s possible that my guide fits some other HP Pavilion models in the dv3000 line.

Before you start, turn off the computer and remove the battery. 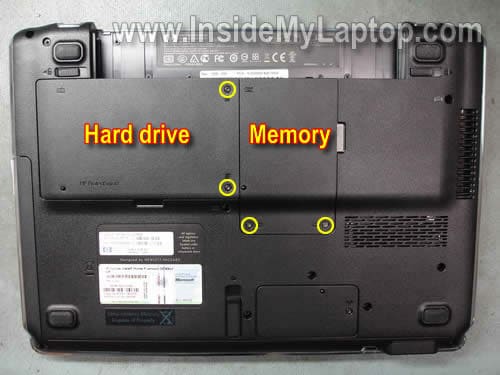 Slide the hard drive to the left and when it’s disconnected from the motherboard, remove it. 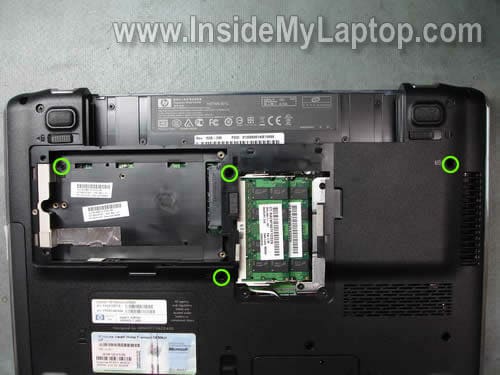 Carefully lift up the top side of the keyboard as it shown on the picture below. 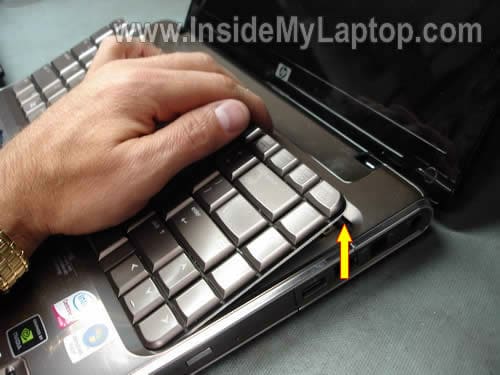 Move the keyboard in the direction shown by the yellow arrow.

Be careful, it is still connected to the motherboard. 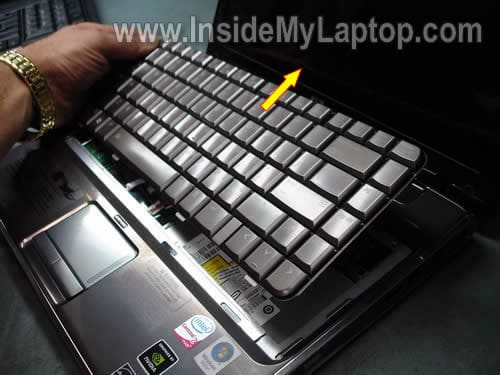 Turn the keyboard upside down and place it on the palm rest. 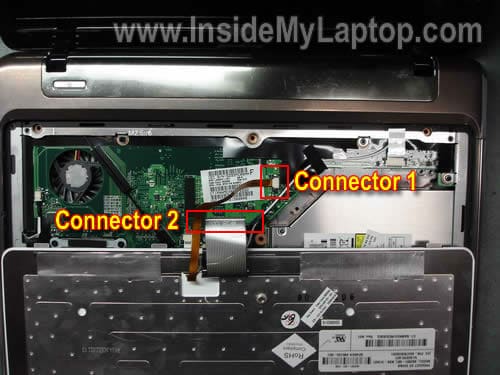 Before you pull the cable from the connector it has to be unlocked.

Move the black retainer about 2 millimeters in the direction show by two arrows.

The retainer (locking clip) must stay attached to the connector base. 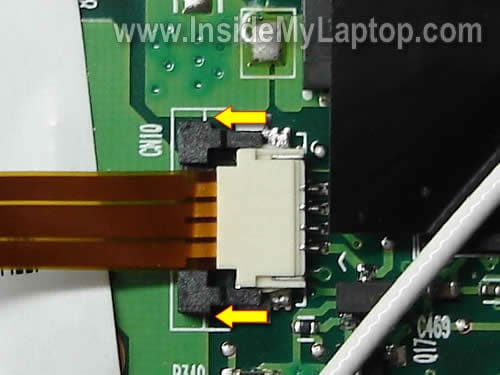 Turn the keyboard over again and access the second connector. 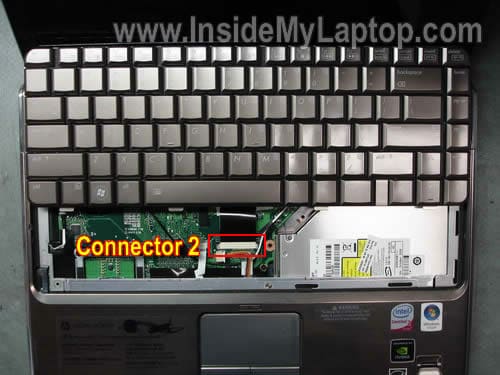 Move the retainer about 2 millimeters in the direction shown by two arrows. Pull the cable from the connector.

On my picture the connector is shown in the unlocked position. 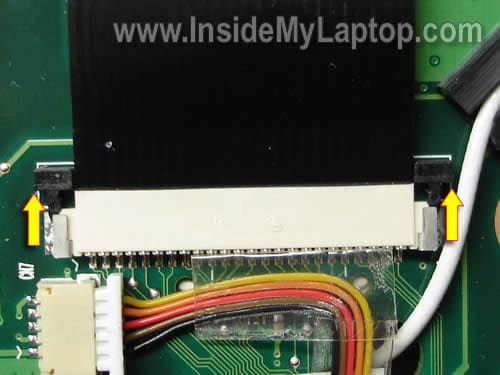 Remove the keyboard from the notebook and replace it with a new one. 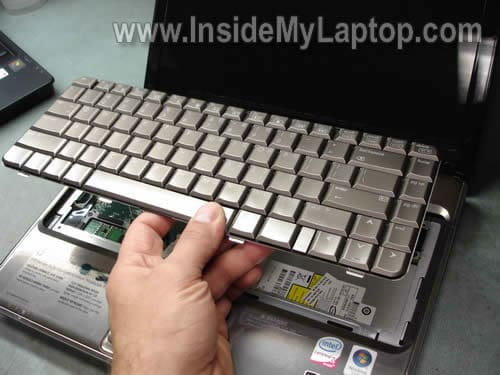 You can find a new replacement keyboard by the HP spare part number printed on the sticker. 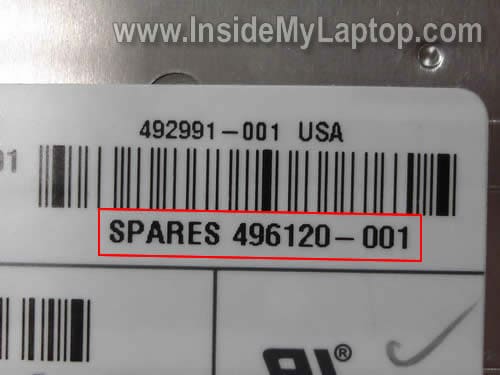