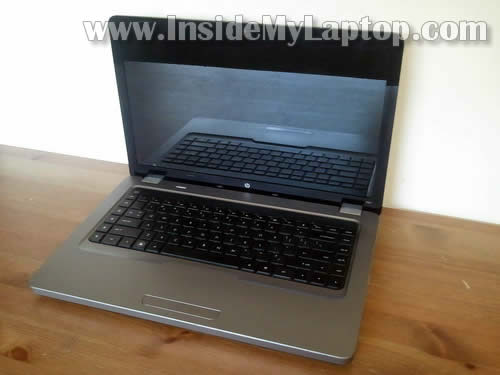 In this guide I explain how to disassemble a HP G62 or Compaq Presario CQ62 laptop.

HP G62 and Compaq Presario CQ62 are very similar (if not completely identical).

Before you start, make sure the laptop is turned off and battery removed. Let’s take it apart. 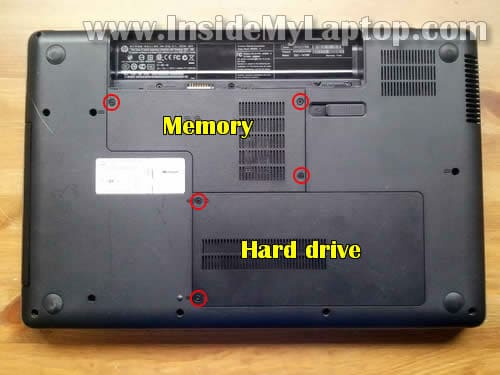 By the way, both memory modules can be accessed on the bottom. 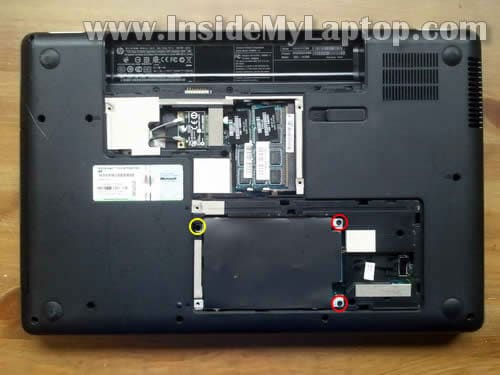 Lift up the hard drive assembly. 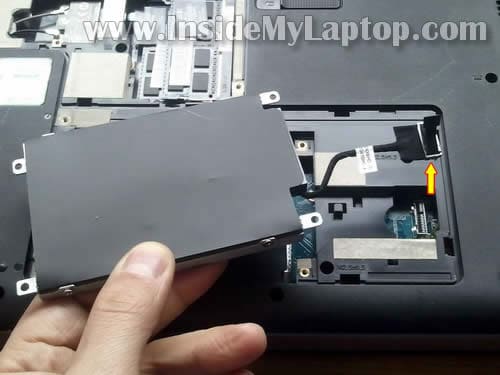 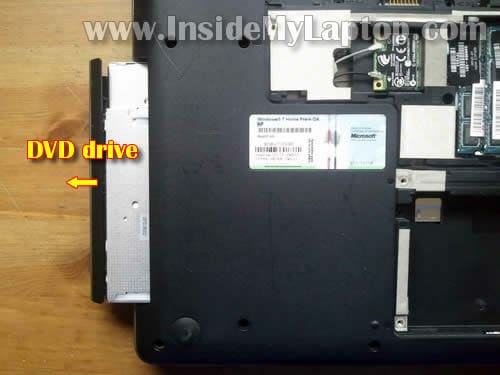 Remove six screws securing the keyboard on the bottom. 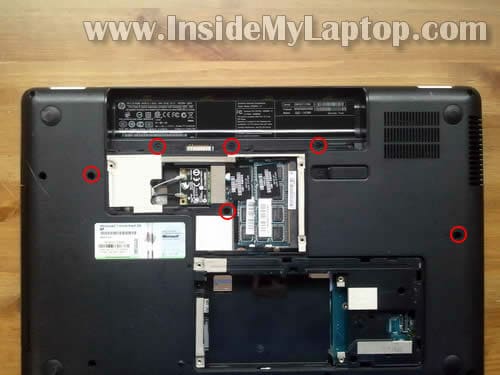 In order to remove the keyboard, you’ll have to push it through the opening near the wireless card.

You can use a pen or any other stick. 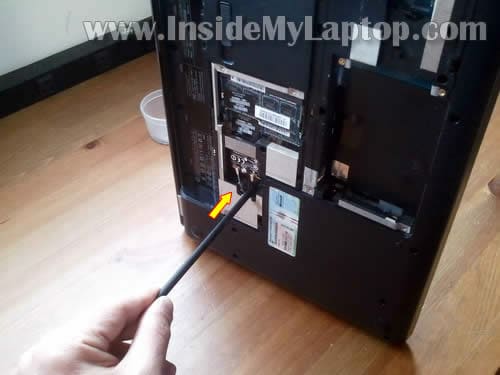 While pushing on the keyboard through the opening by the wireless card, grab the top side somewhere in the middle and lift it up. 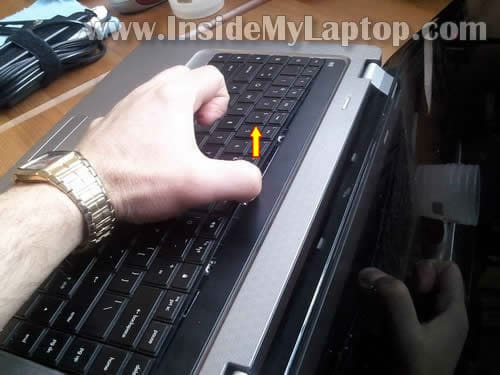 Turn the keyboard over and place face down on the palm rest. 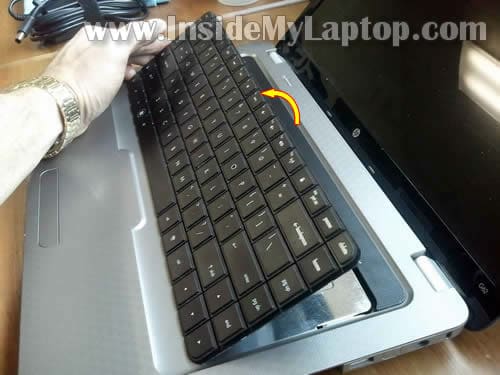 Before you can remove the keyboard, you’ll have to unlock the connector and release the cable. 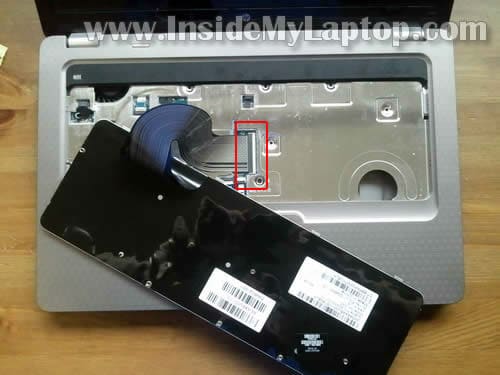 Here’ how to unlock the keyboard connector.

Lift up the brown tab with your fingernail. The tab opens up at a 90 degree angle. 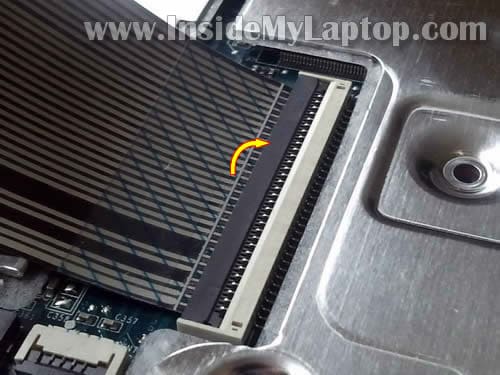 On the following photo the connector shown in the unlocked position.

Now you can release the keyboard cable. 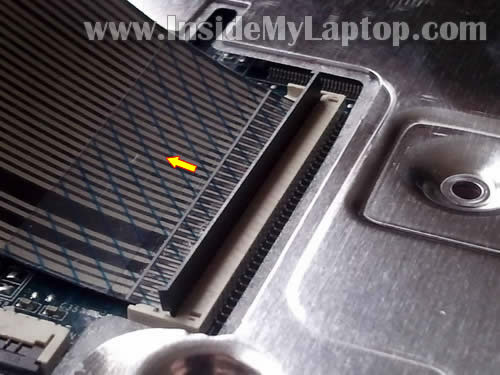 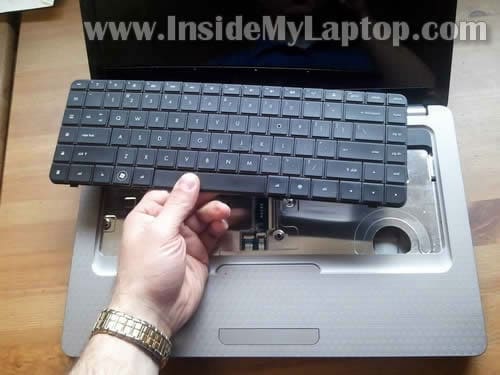 Remove all marked screws from the bottom case. 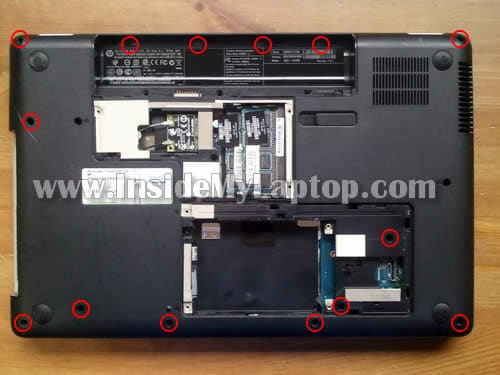 Disconnect four cables from the motherboard. 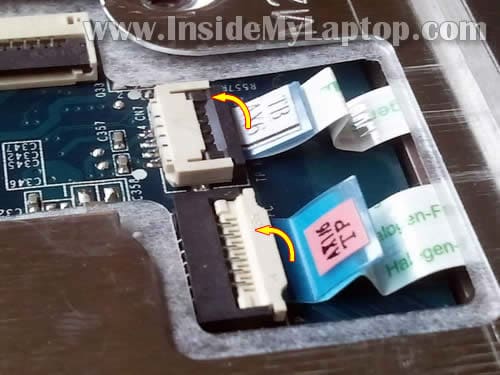 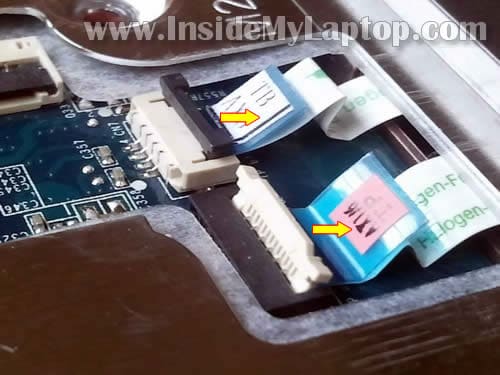 Separate the top cover assembly from the bottom assembly.

Continue removing the top cover assembly with your fingers. 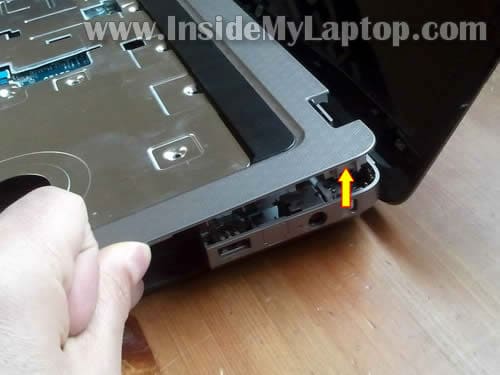 In order to remove the display panel, you’ll have to disconnect both antenna cables from the wireless card.

Also, you can remove the wireless card. Simply remove one screw securing the card and pull it from the slot. 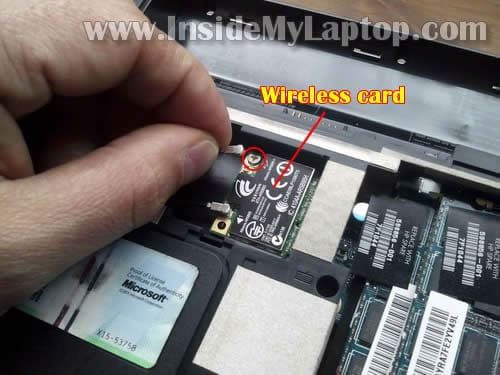 Disconnect display cables from the motherboard. 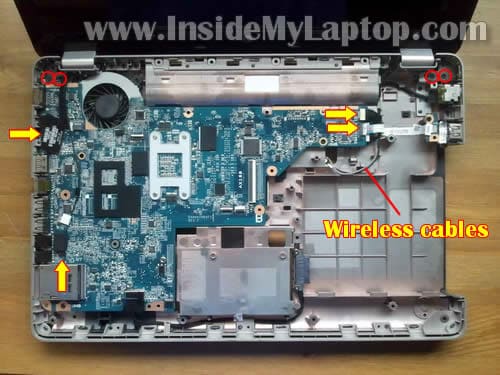 In the next guides I’ll explain how to remove the LCD screen. 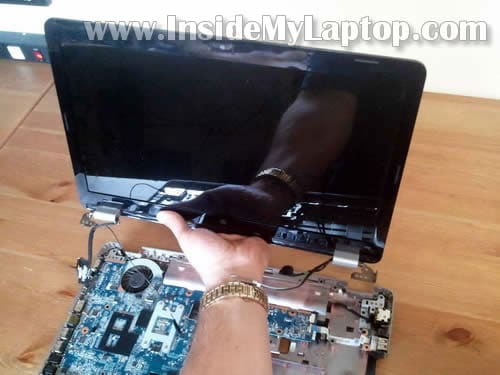 Disconnect two cables from the motherboard. 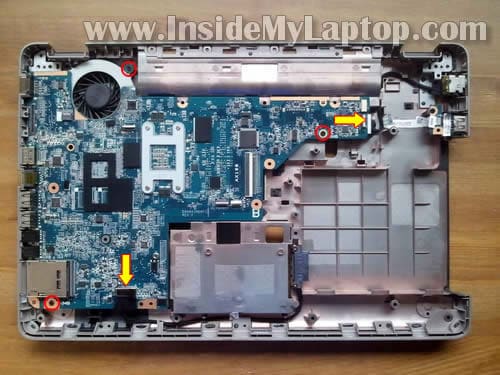 Start removing the motherboard as it shown on the following picture. 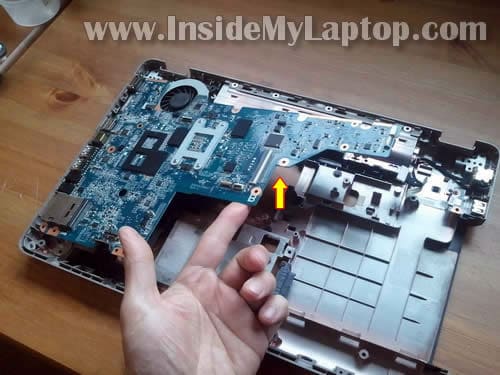 Lift up and remove the motherboard. 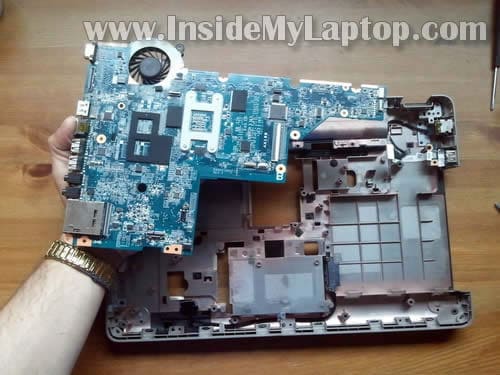 On the other side of the motherboard and you access the cooling module (cooling fan and heatsink) and CMOS battery.

Now you can clean up the cooling module or replace the fan if it failed. 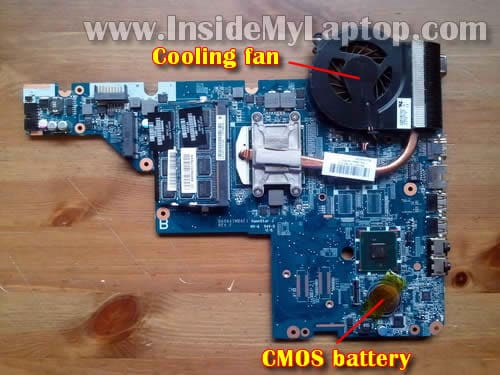 If your DC jack failed, simply disconnect the failed harness and replace it with a new DC jack harness (again, it should be same part for both HP G62 and Compaq Presario CQ62 laptops). 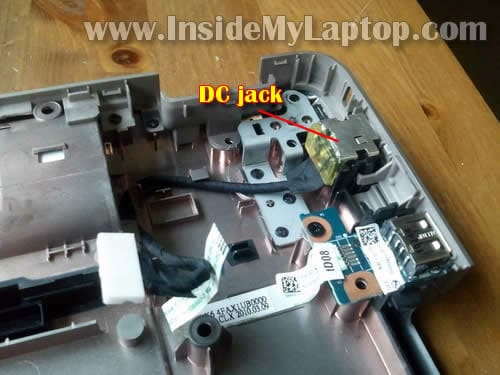