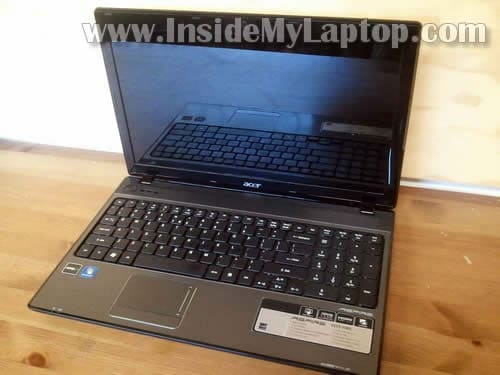 In the following steps I’ll go through complete laptop base disassembly.

Before you start make sure the computer is turned off. 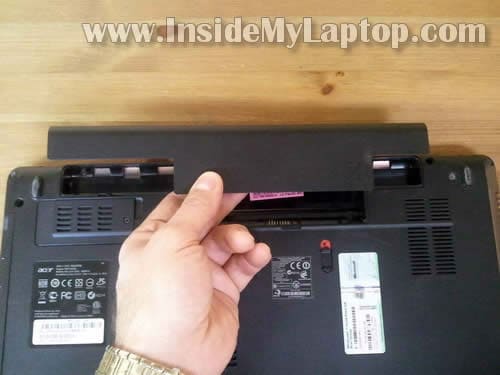 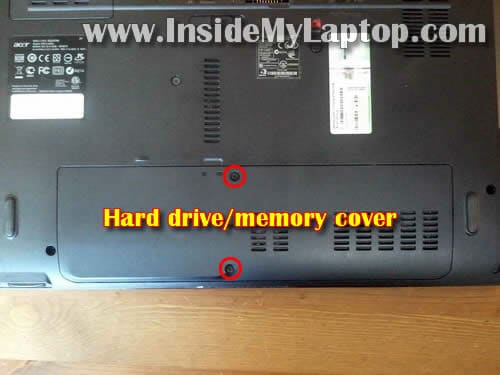 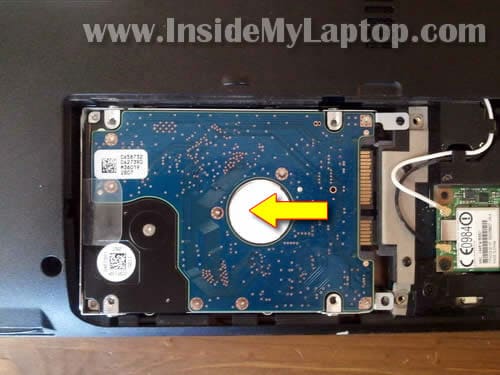 Both memory slots accessible on the bottom of the laptop.

It’s not necessary to remove memory modules for the purpose of my guide so I’ll leave them connected. 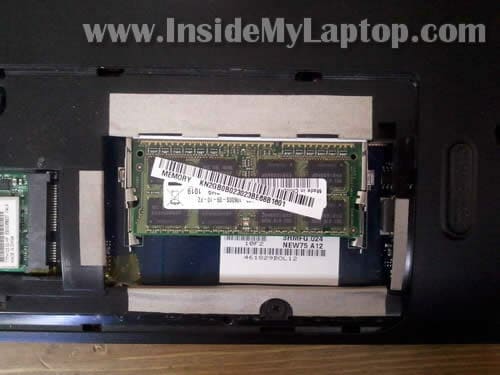 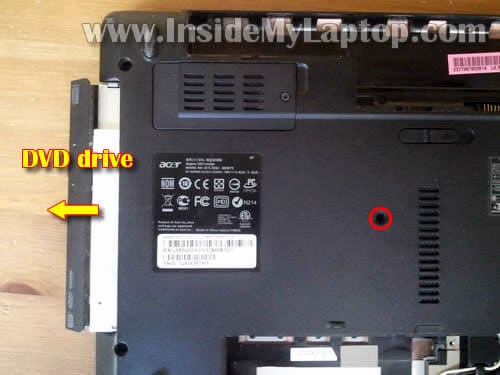 There is one more cover in the upper left corner.

In my laptop there was nothing under the cover. 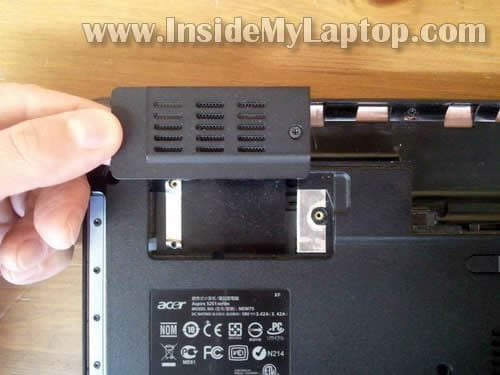 The keyboard secured by six spring loaded latches on the top. 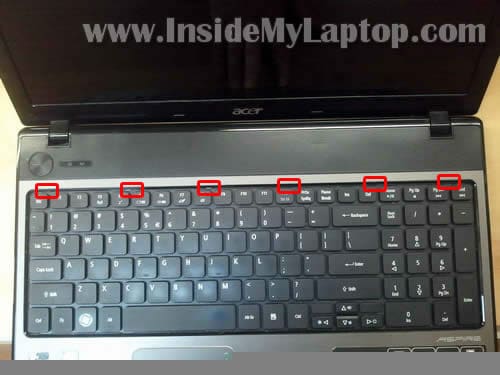 In order to unlock the keyboard you’ll have to push the latch into the case with a small screwdriver and at the same time lift up the keyboard a little bit. 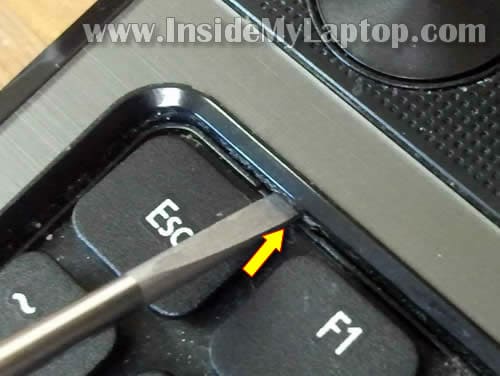 After all latches pushed in, you should be able to lift up the keyboard.

Turn it over and place upside down on the palmrest. 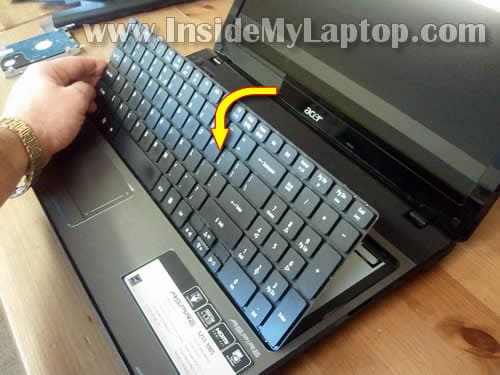 You’ll have to unlock the connector and release the cable. 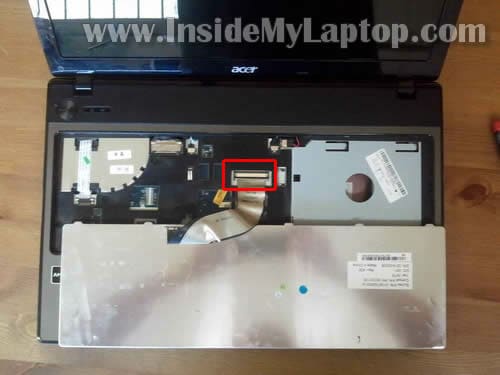 Here’s how to unlock the keyboard connector.

Move the brown locking tab about 1-2 millimeter towards the touchpad (away from the screen).

The locking tab must stay attached to the connector base. 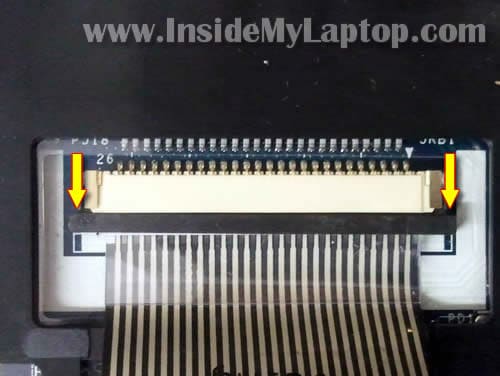 On the following picture you see the same connector in the unlocked position. 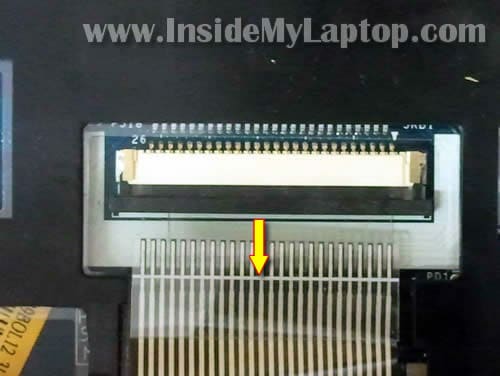 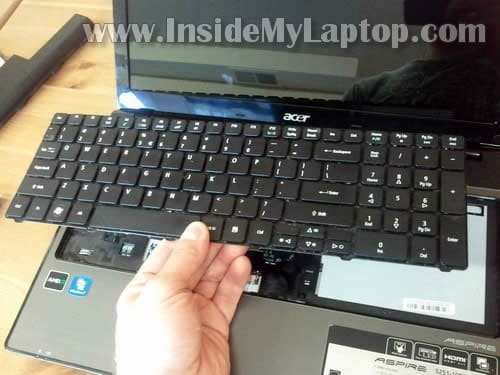 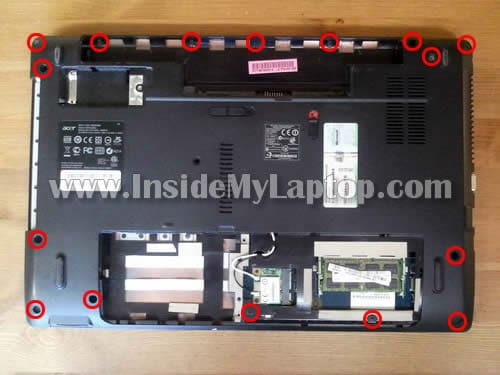 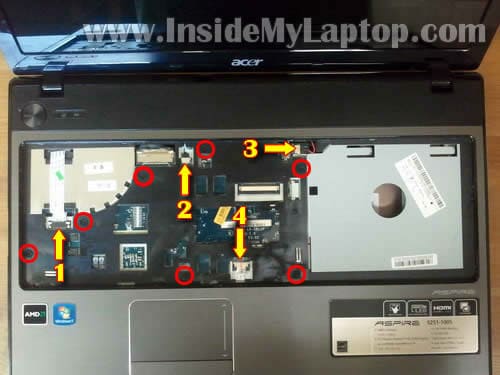 You disconnect the power button cable and touchpad cable the same way you disconnected the keyboard cable.

Slide the brown locking tab about 1-2 millimeters to the shown direction. 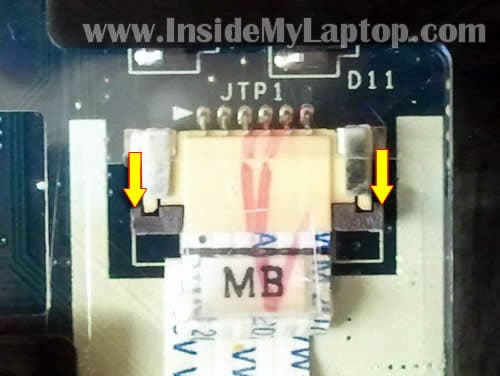 After the connector is unlocked, pull the cable. 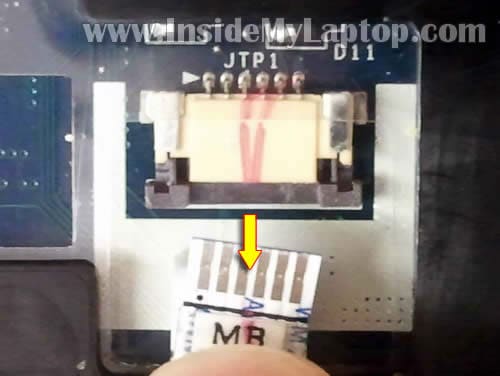 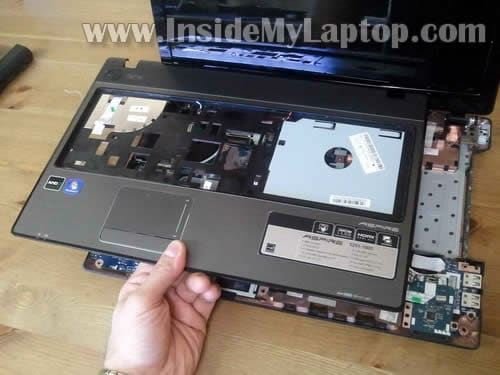 Under the top cover assembly you can get access to the following internal laptop components:
– Cooling fan.
– CMOS battery (soldered to the motherboard).
– USB board.
– Card reader board.
– DC jack harness.
– Motherboard. 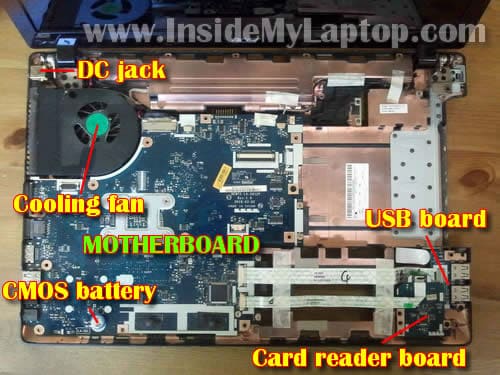 Disconnect four cables from the motherboard.

Remove one screw securing the motherboard. 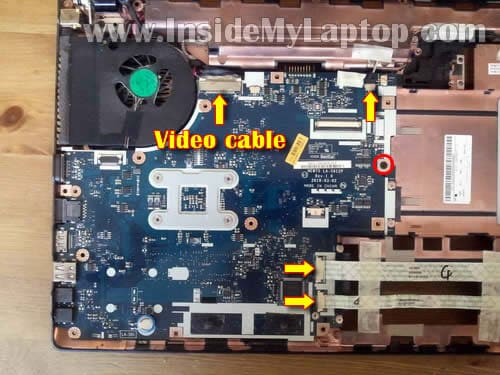 Here’s how to unplug the video cable connector. 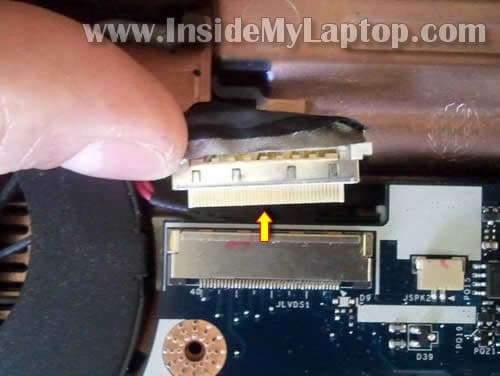 It’s not necessary to disconnect antenna cable from the wireless card. Just remove one screw securing the wireless card and pull it from the slot. You can leave it connected to the antennas, just be careful not to damage them. 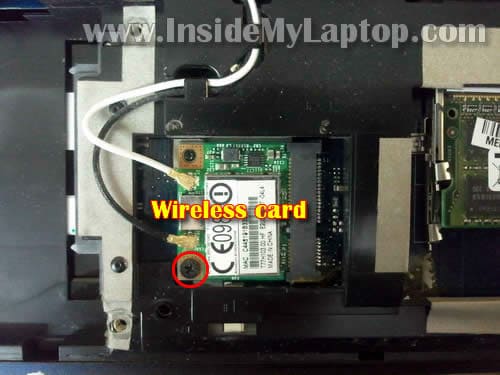 Lift up the right side of the motherboard and remove it from the base. 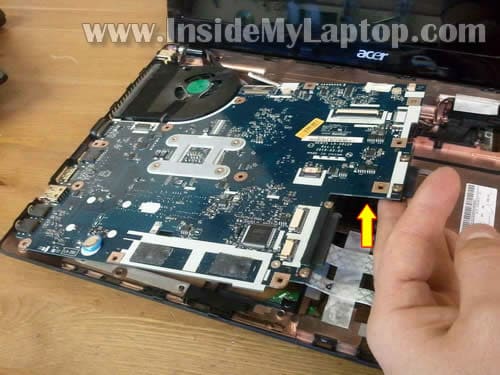 There is one more cable you’ll have to disconnect before removing the motherboard completely.

It’s the power jack cable which is located on the bottom side of the motherboard. 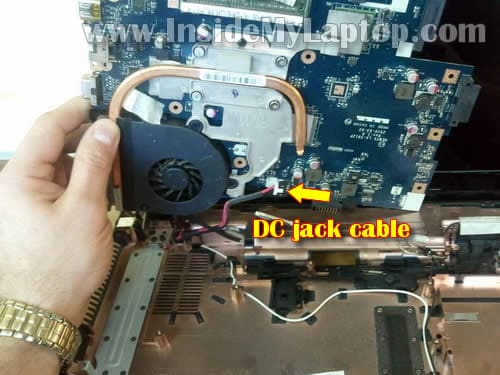 Remove the motherboard from the base. 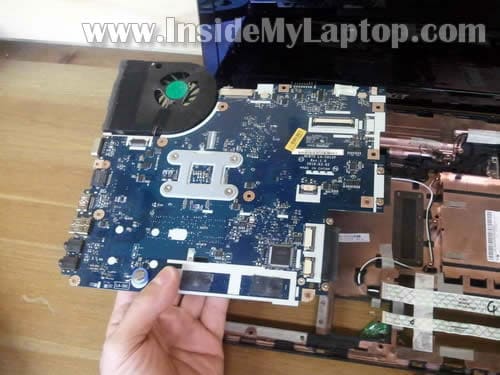 On the other side of the motherboard you can get access to the cooling fan.

It’s easy to replace the fan. Just remove two screw securing the fan and disconnect fan cable from the motherboard.

After that you should be able to replace the fan with a new one. 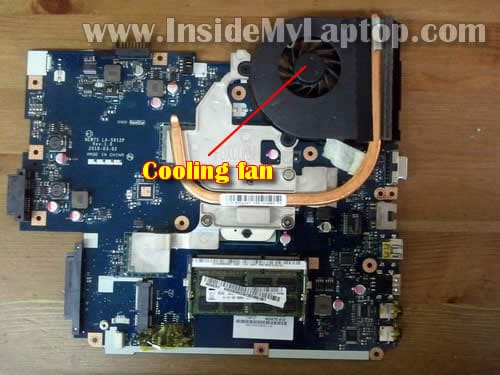 The DC power jack located in the upper left corner of the base.

It looks like in order to remove and replace the DC jack harness it will be necessary to lift up the left display hinge. Shouldn’t be a problem though. 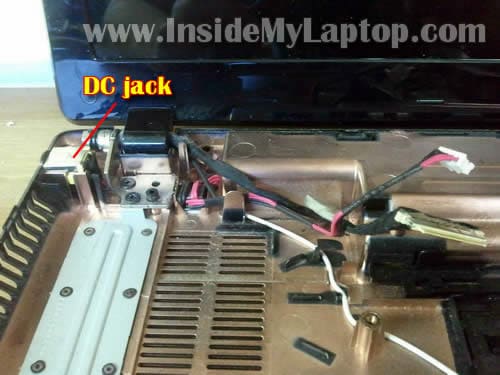 For the screen removal instructions check out this guide (disassembly steps 21-29), it should be similar.