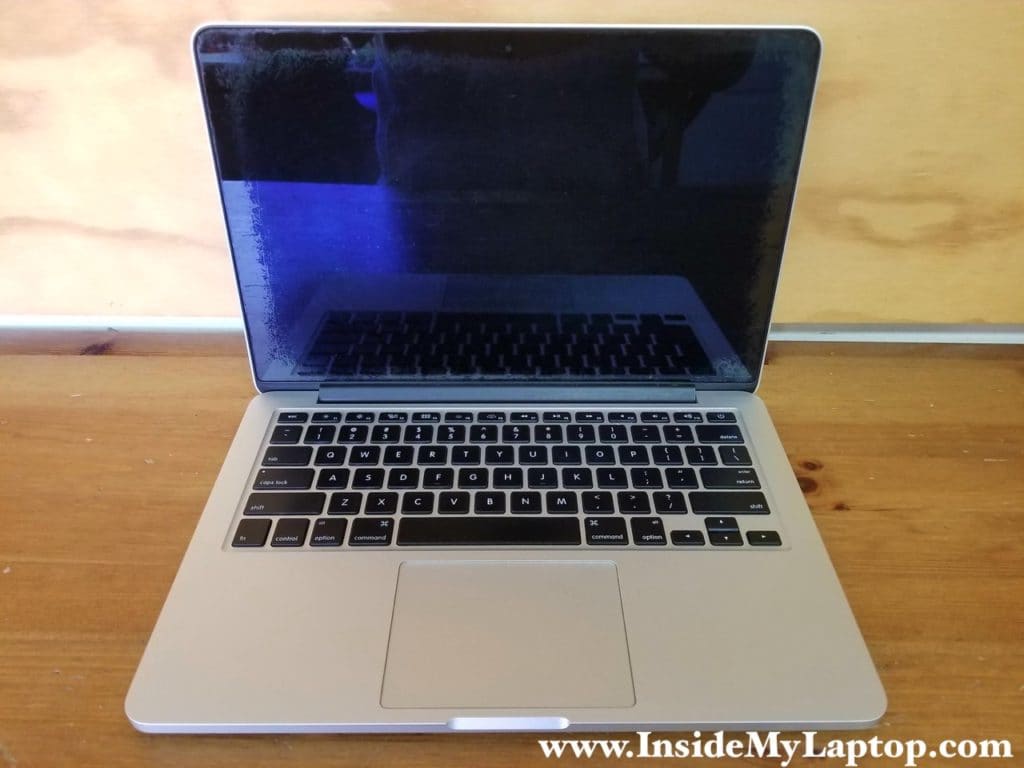 In this guide I will be fixing a 13″ MacBook Pro Retina laptop with “no video” issue by replacing the display LVDS cable. In this particular guide I’m fixing a Late 2013 model but all disassembly steps should be the same for 2014 and 2015 MacBook Pro Retina models.

I received this laptop with the following problem description: It turns on and chimes but has no video and no backlight. Video still works on the external monitor connected via Thunderbolt or HDMI ports.

I confirmed the issue and it was exactly as described.

Well… if you have a problem like that it can be one of the following:

Reconnecting or replacing the display LVDS cable should be the first thing to try because it’s the cheapest option.

For this repair you will need screwdrivers for Apple laptops.

Remove ten screws from the bottom. For this you will need a special P5 Pentalobe screwdriver.

Two screws that I marked with yellow circles are shorter than screws marked with red circles.

Separate the bottom cover from the body and remove it. 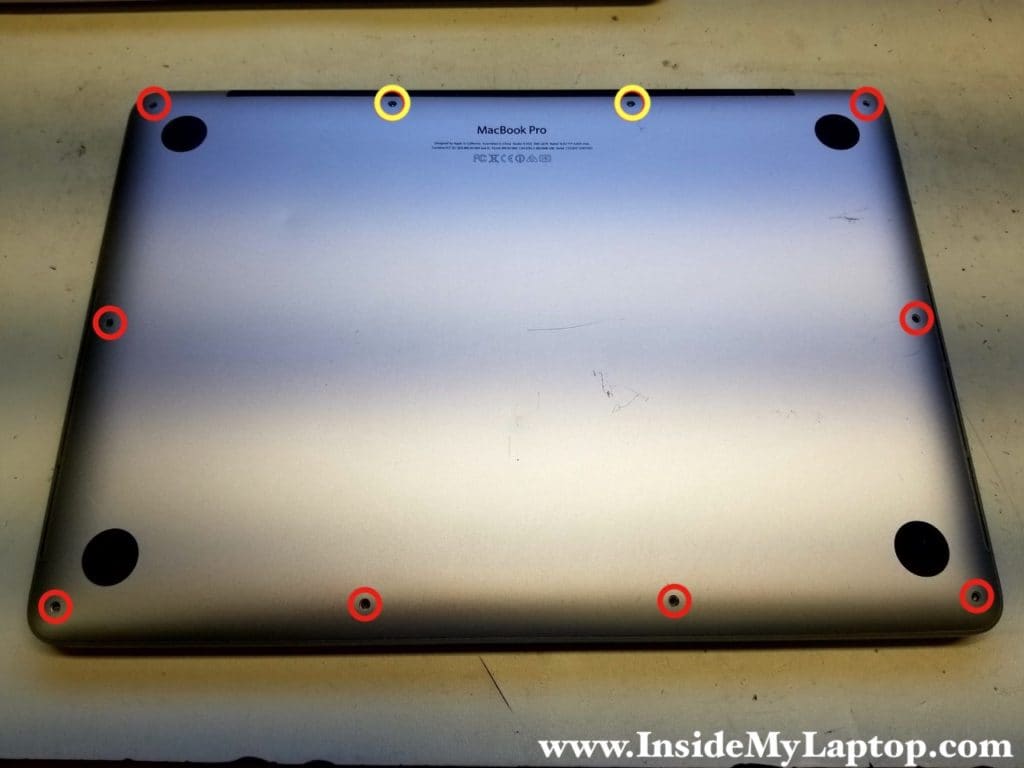 You should always disconnect the battery while working with the internal components. 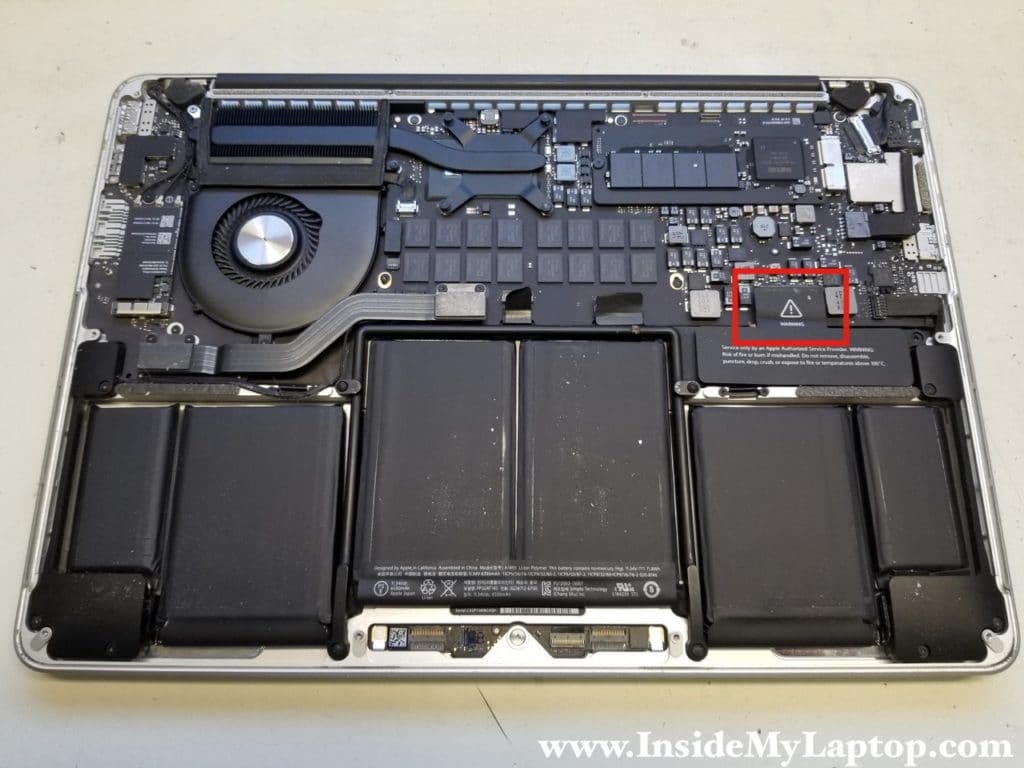 Carefully lift up the battery connector and separate if from the logic board. 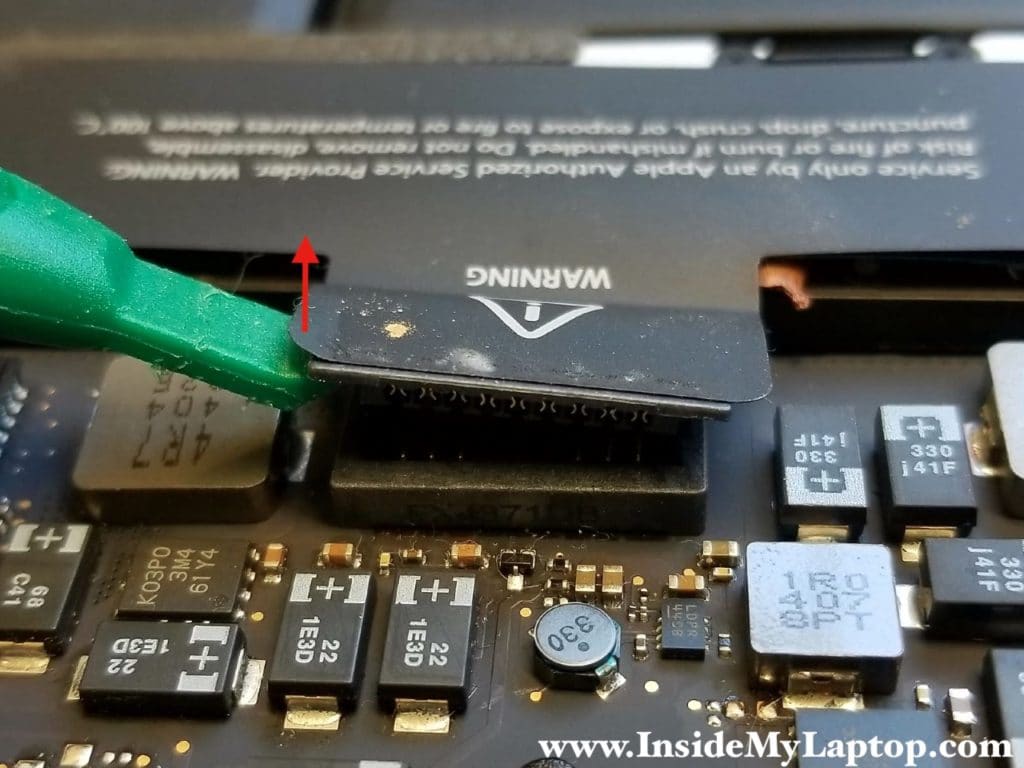 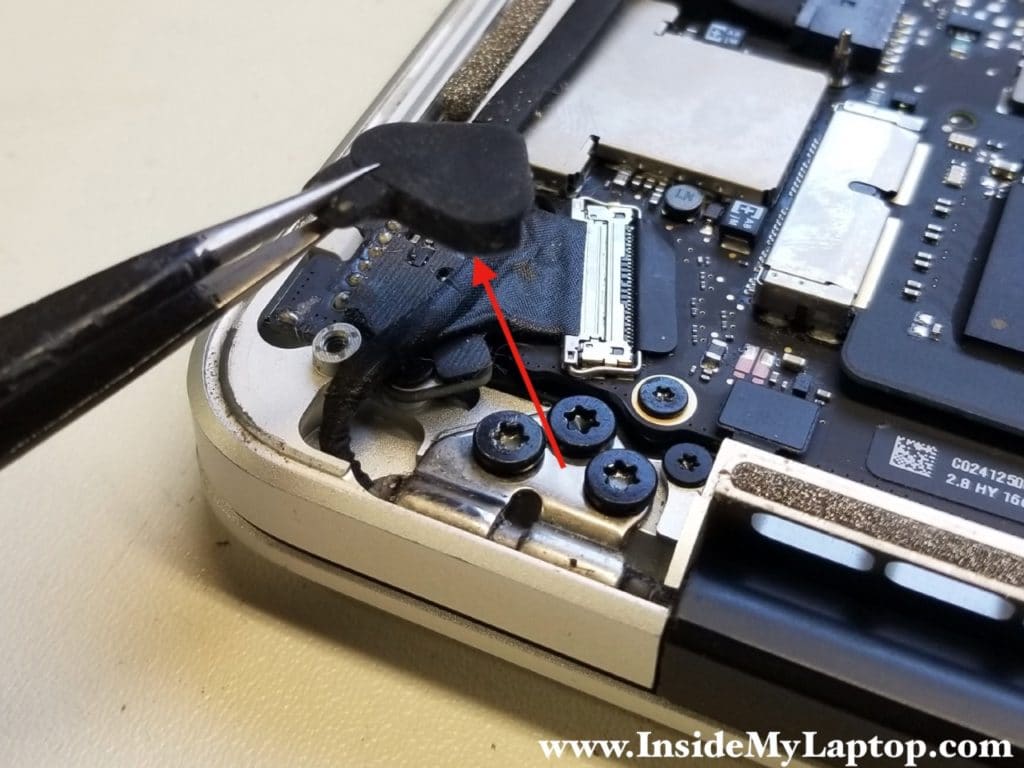 Remove left and right hinge brackets. Each bracket is secured by one Torx T5 screw. 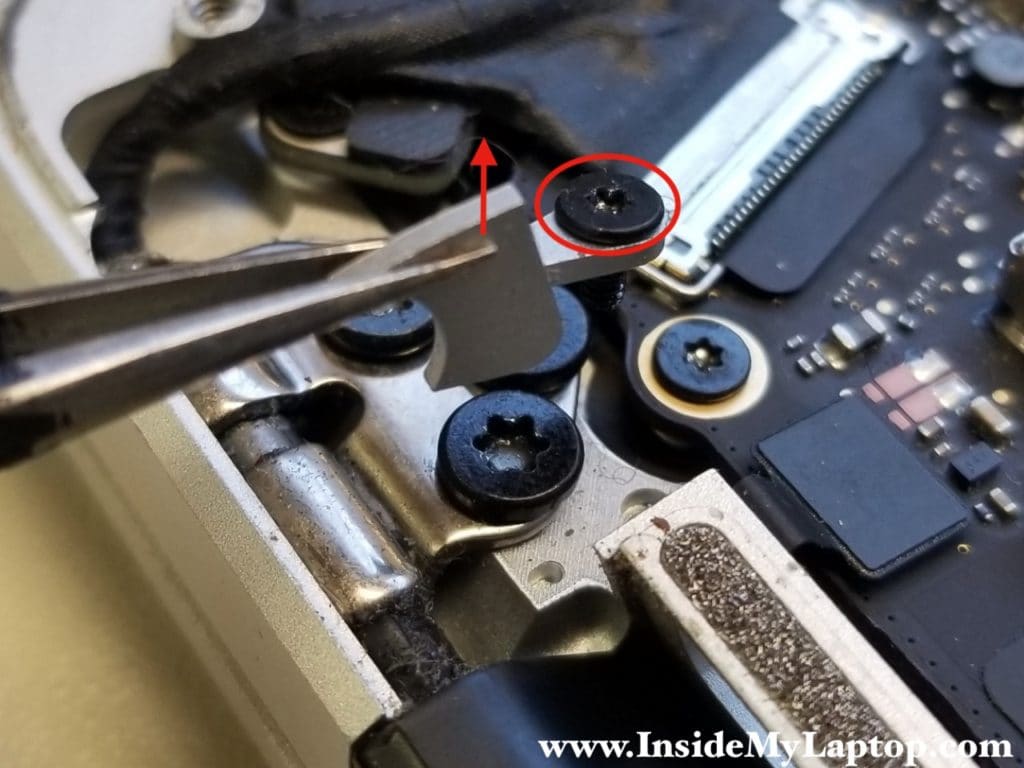 Unlock the display LVDS cable by lifting up the metal bracket. 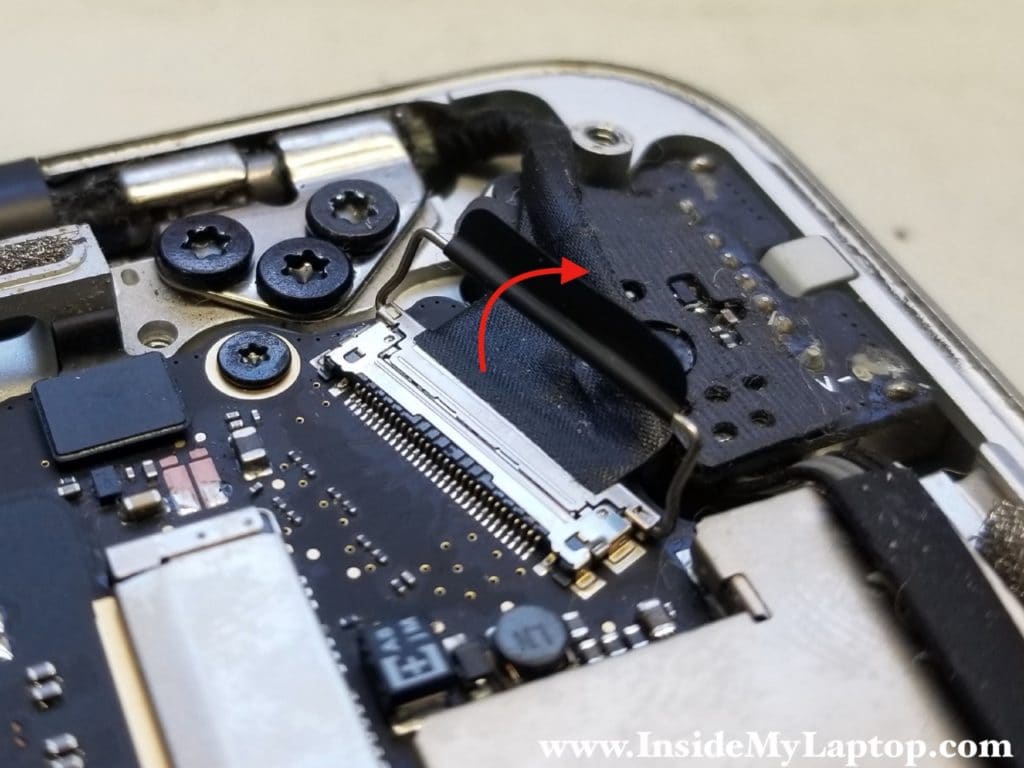 Carefully pull the display cable out of the connector. 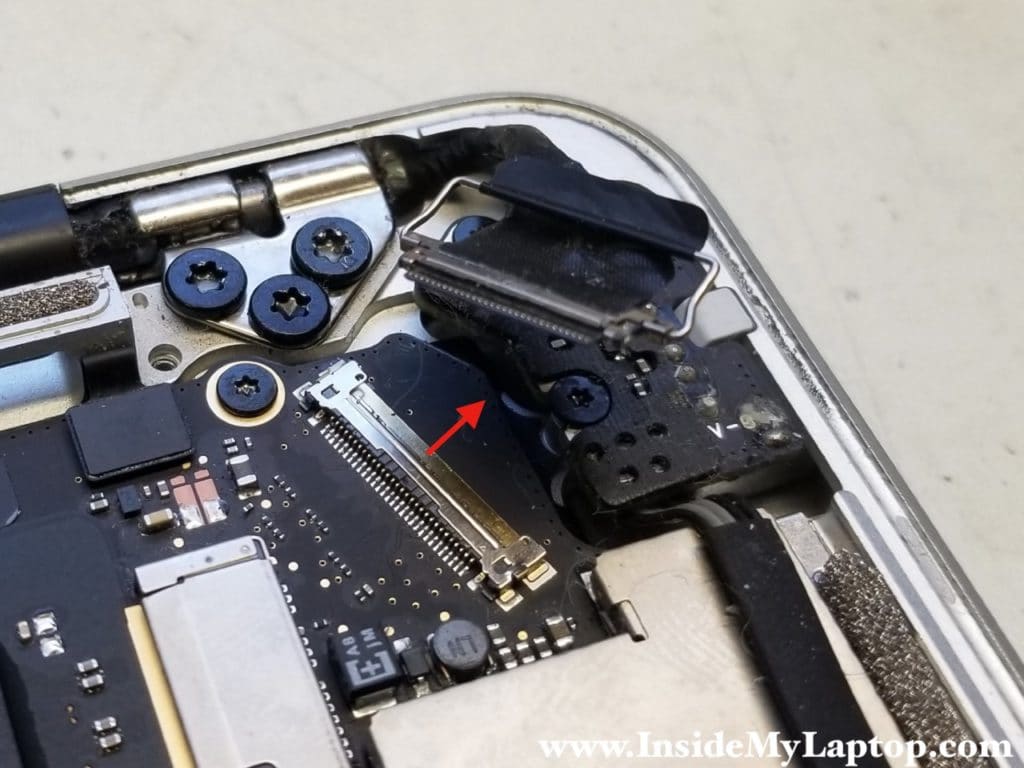 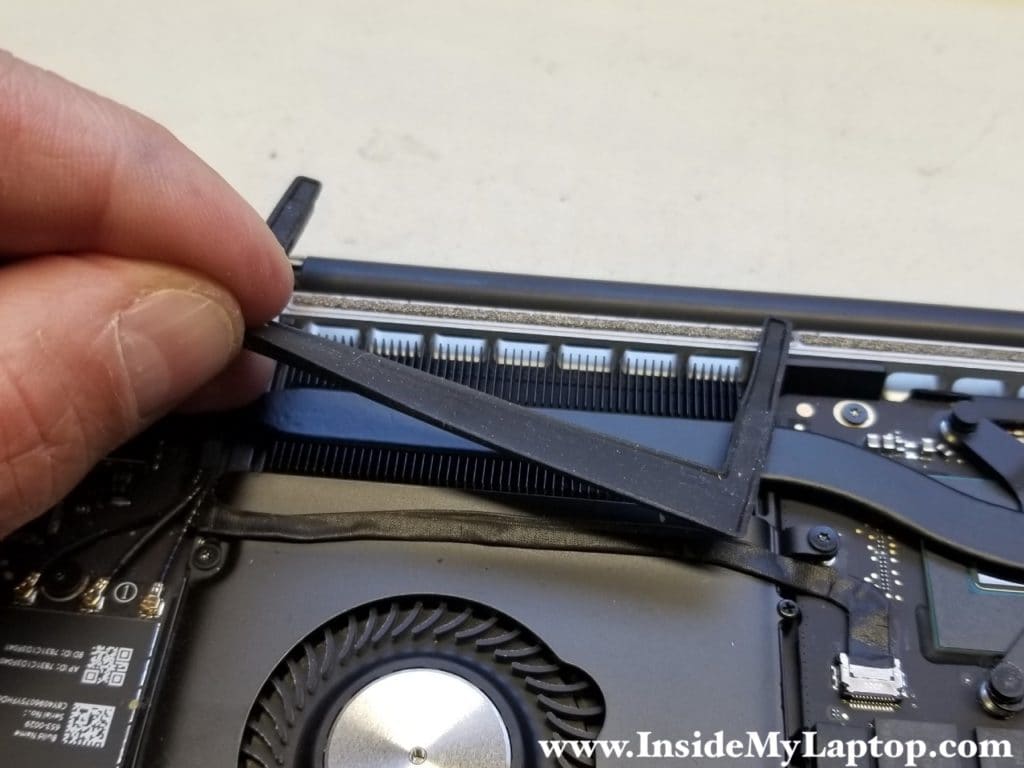 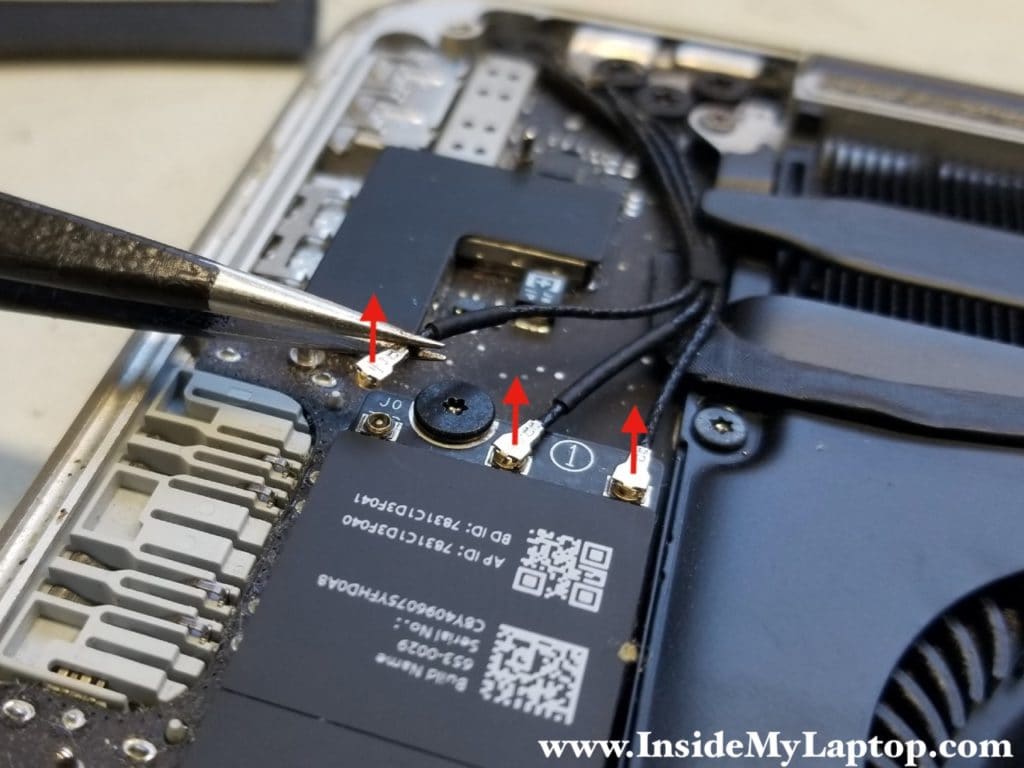 Carefully disconnect the webcam cable from the logic board. Do not pull by the cable or you can damage it.

The cable is attached to the cooling fan with adhesive tape. Separate the cable from the fan. 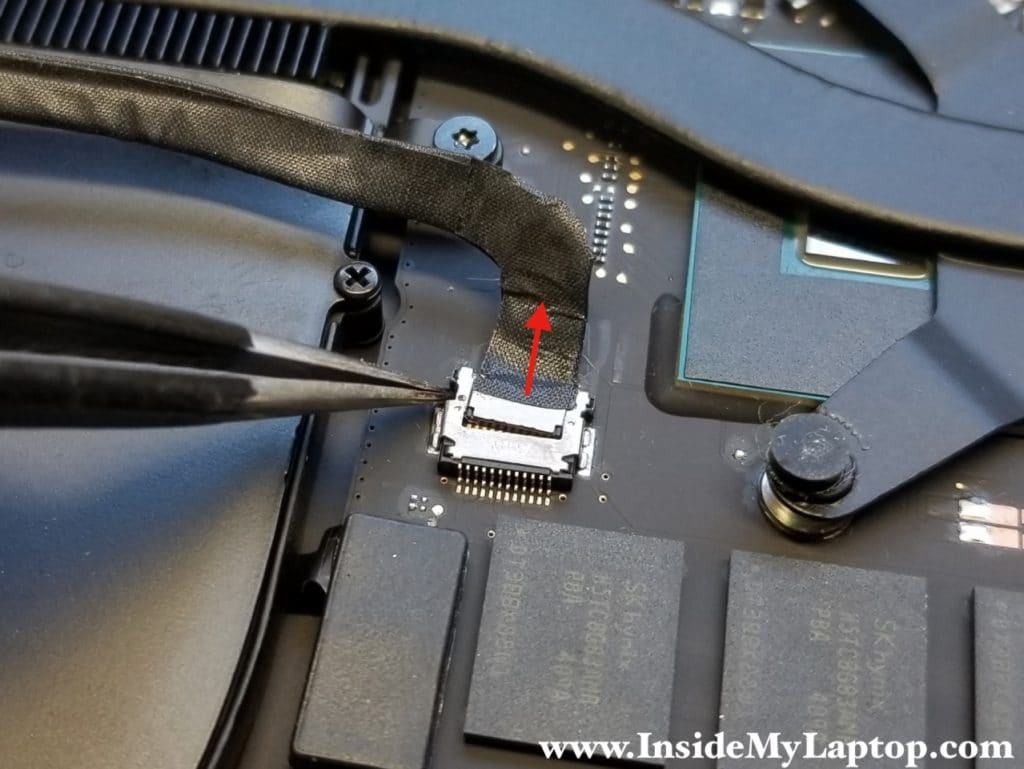 Place the laptop upside down on the desk edge so the display remains open. 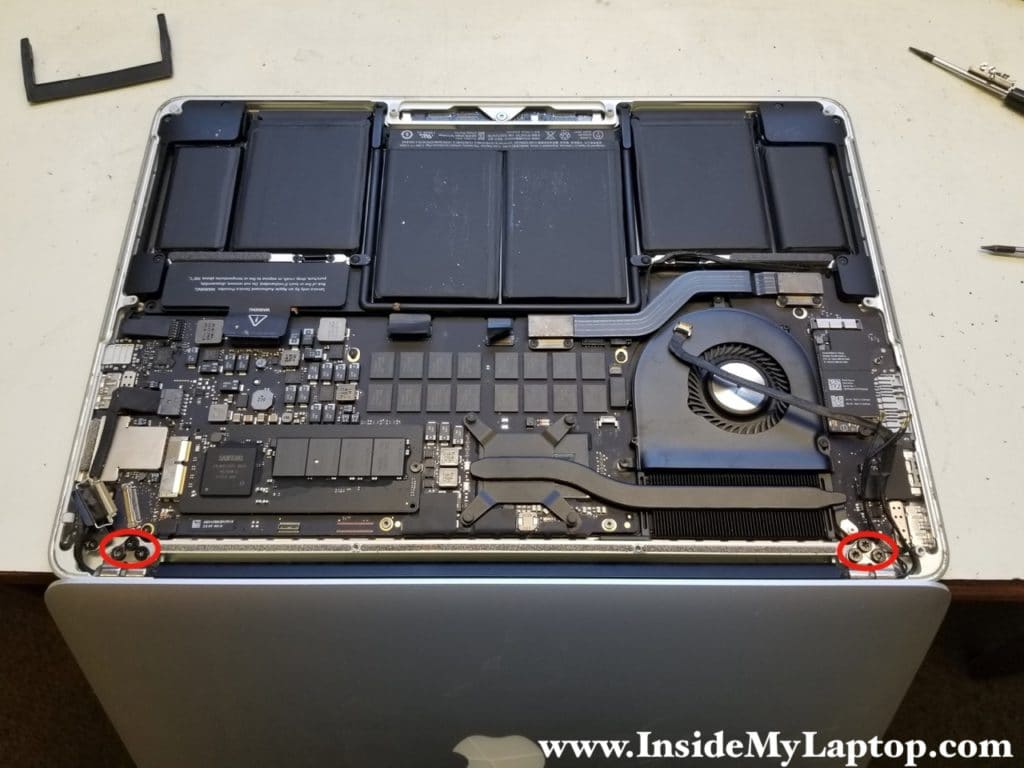 Now you can separate the display assembly from the laptop body. 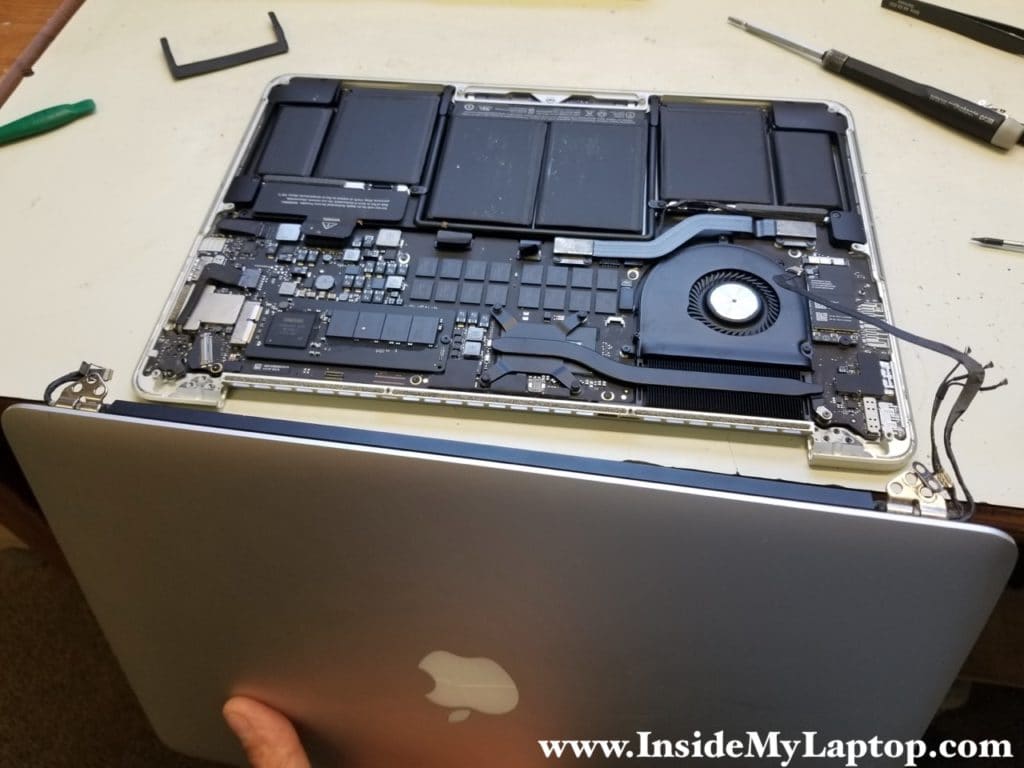 You will find two side covers attached to the left and right sides of the clutch cover. 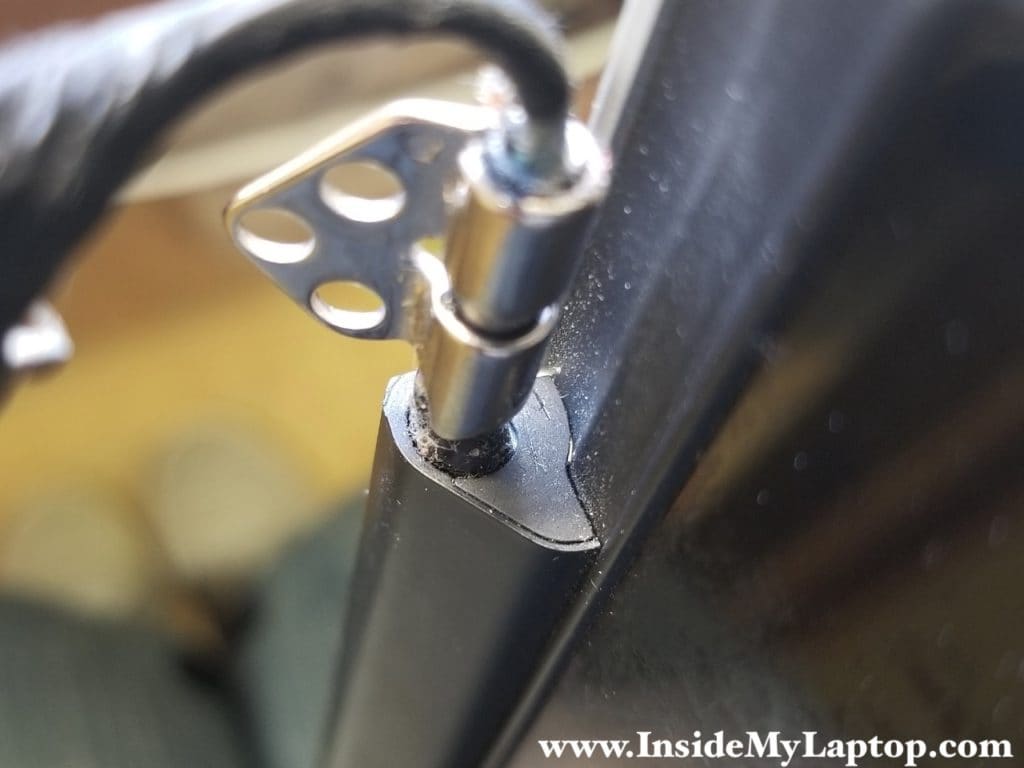 Start removing it from the back using tweezers.

Lift up the side cover and unsnap it from the clutch cover. 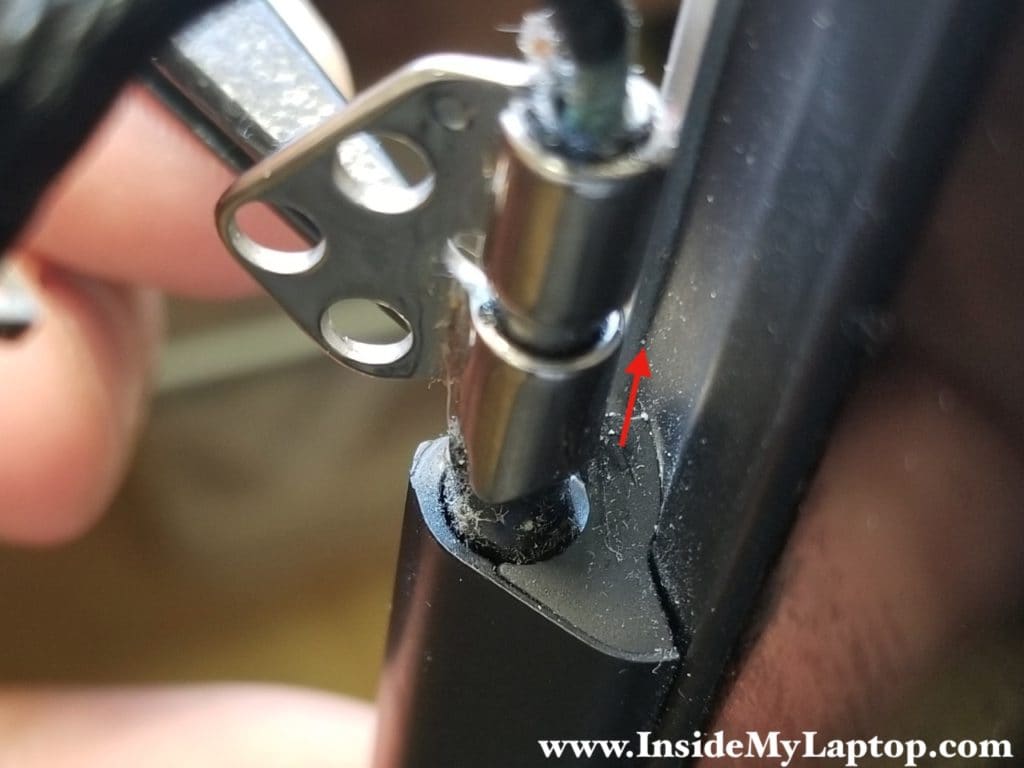 Remove the left side cover. Do the same with the right cover. 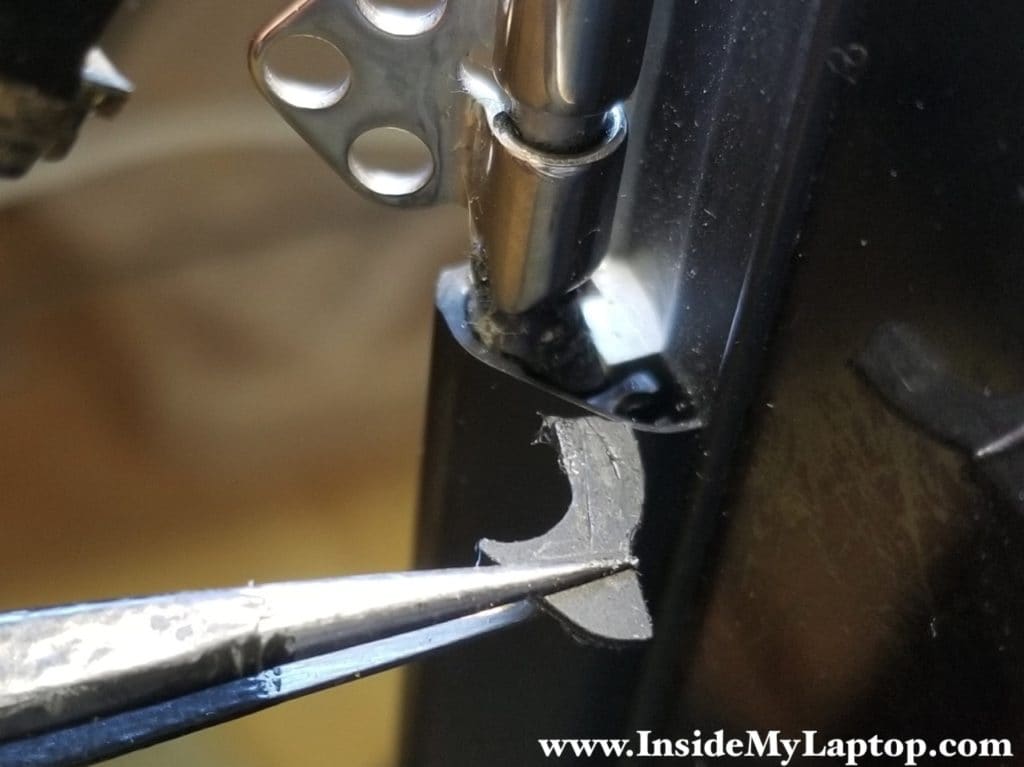 Place the display assembly on the desk and slide the clutch cover to the shown direction.

Slide the cover until it touches the left hinge. 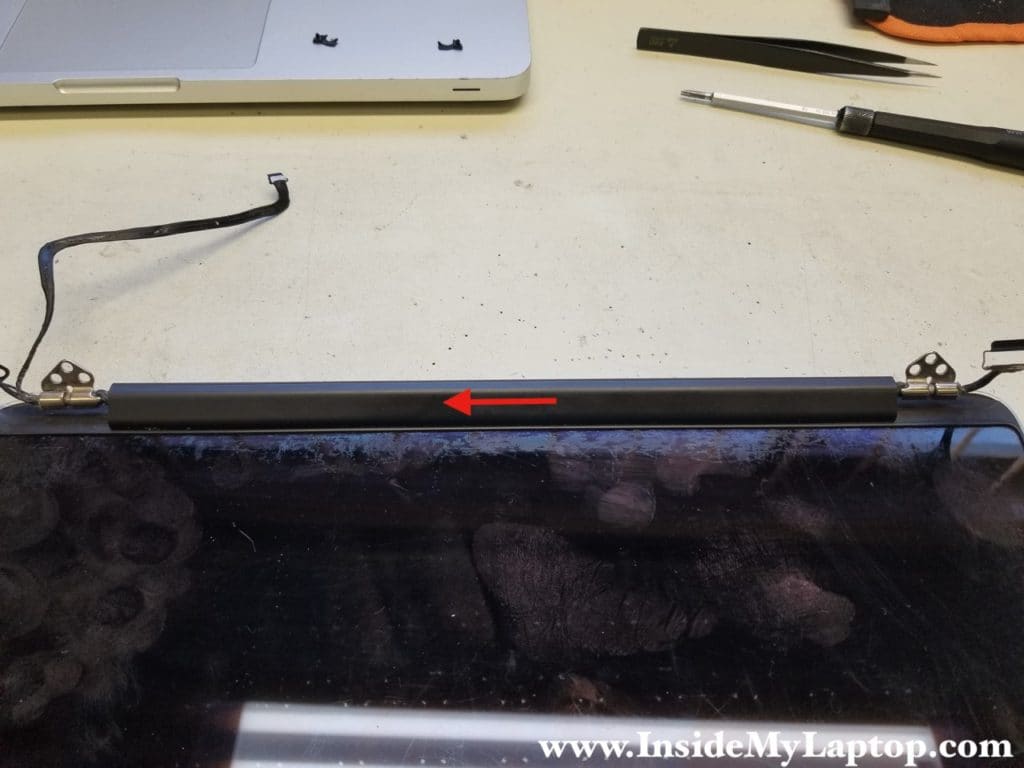 Start separating the clutch cover from the display assembly. You can use plastic pry tool or guitar pick.

It might be necessary to apply some reasonable force in order to remove the cover. There are hidden latches securing it to the display assembly. Also, it might take some effort to install it back in place.

Probably it’s easier to remove the cover if you start lifting up by the left hinge, not the right as shown on my picture. 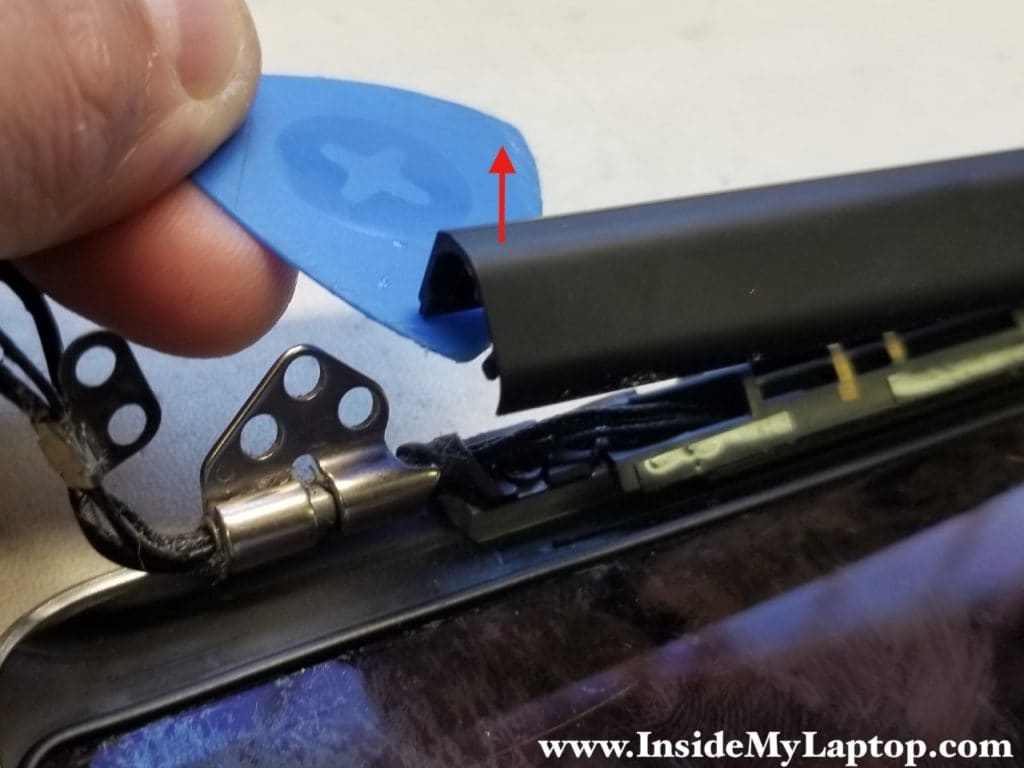 The clutch cover has been removed. 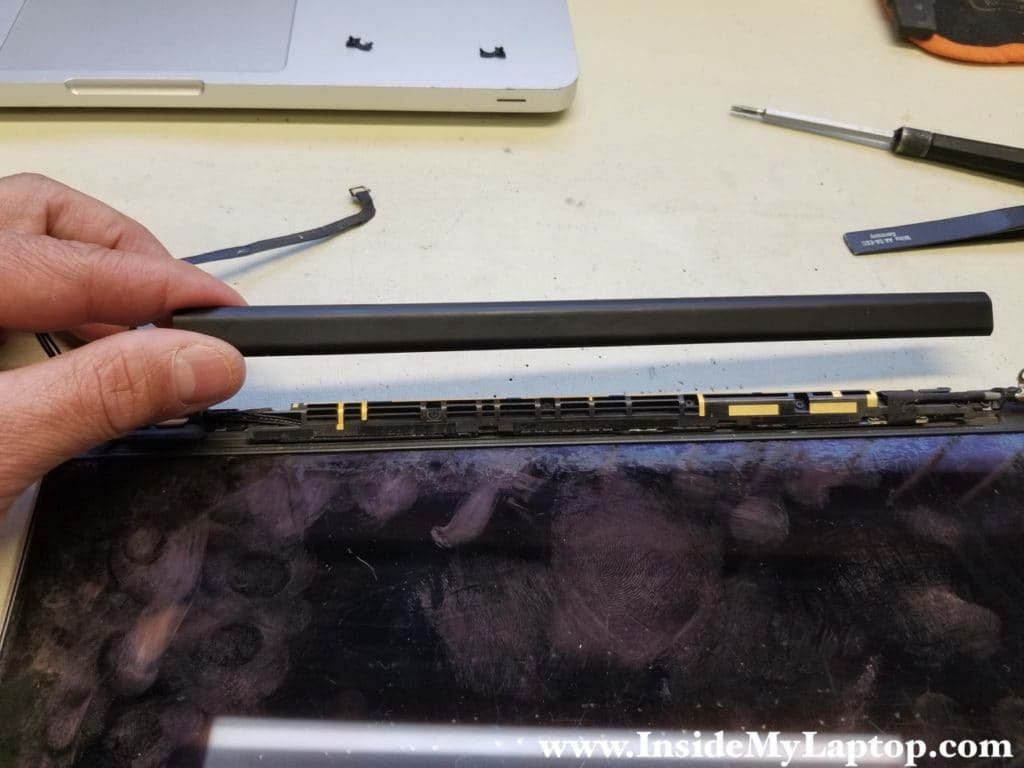 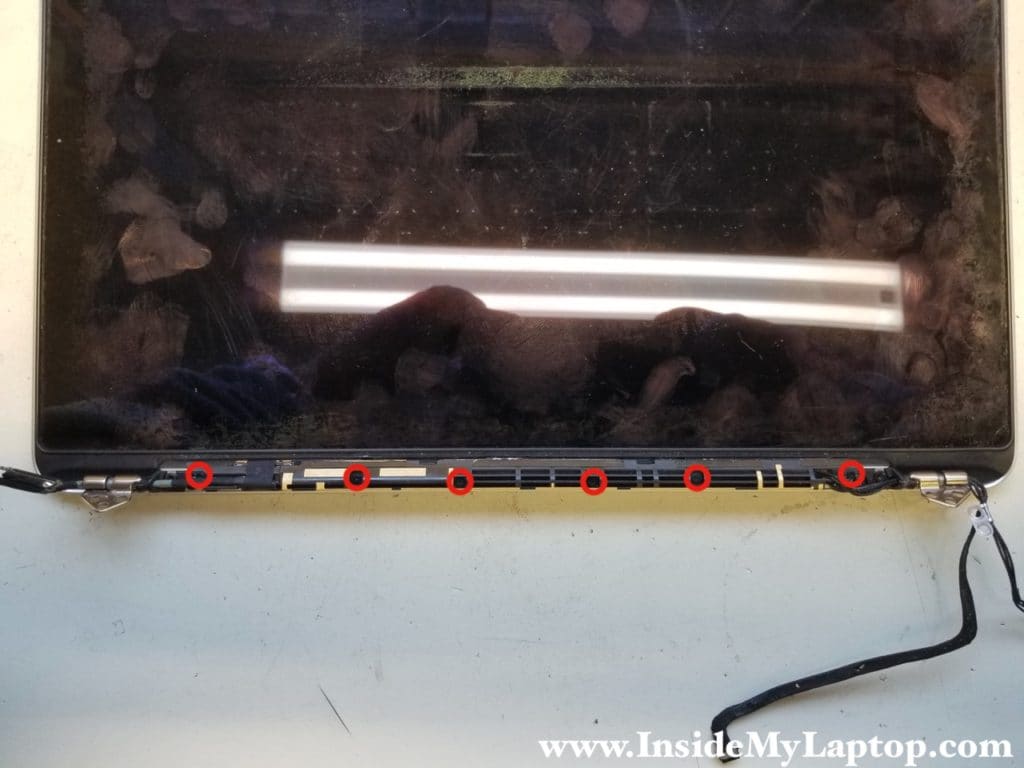 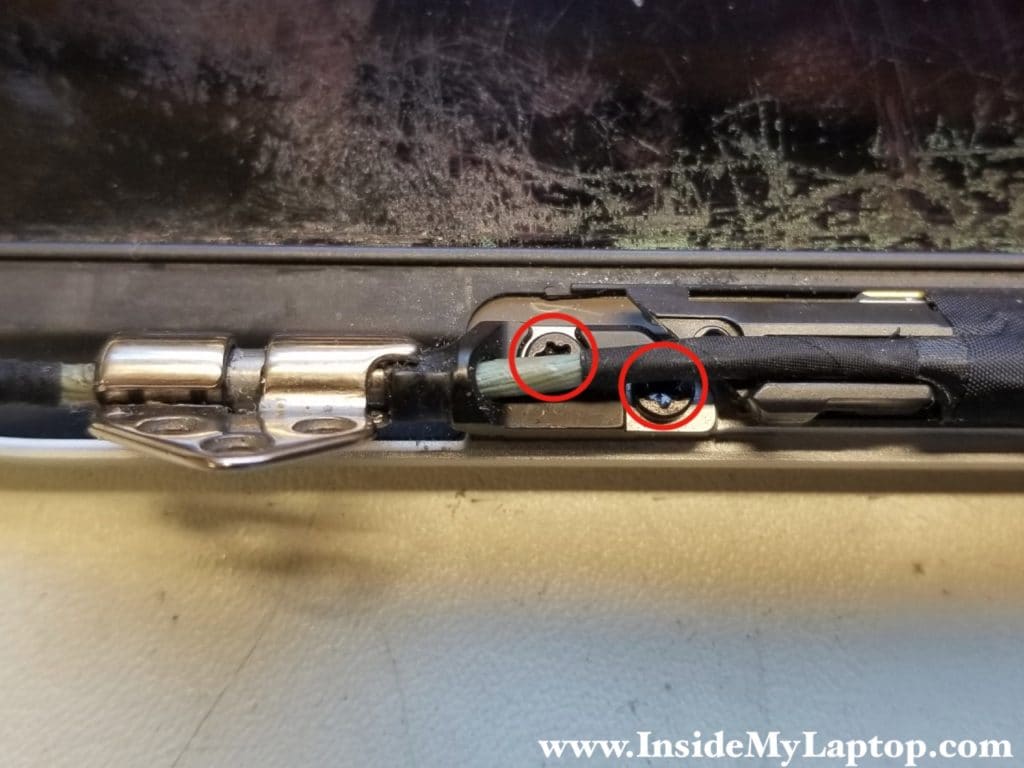 The left hinge is permanently attached to the display cable. 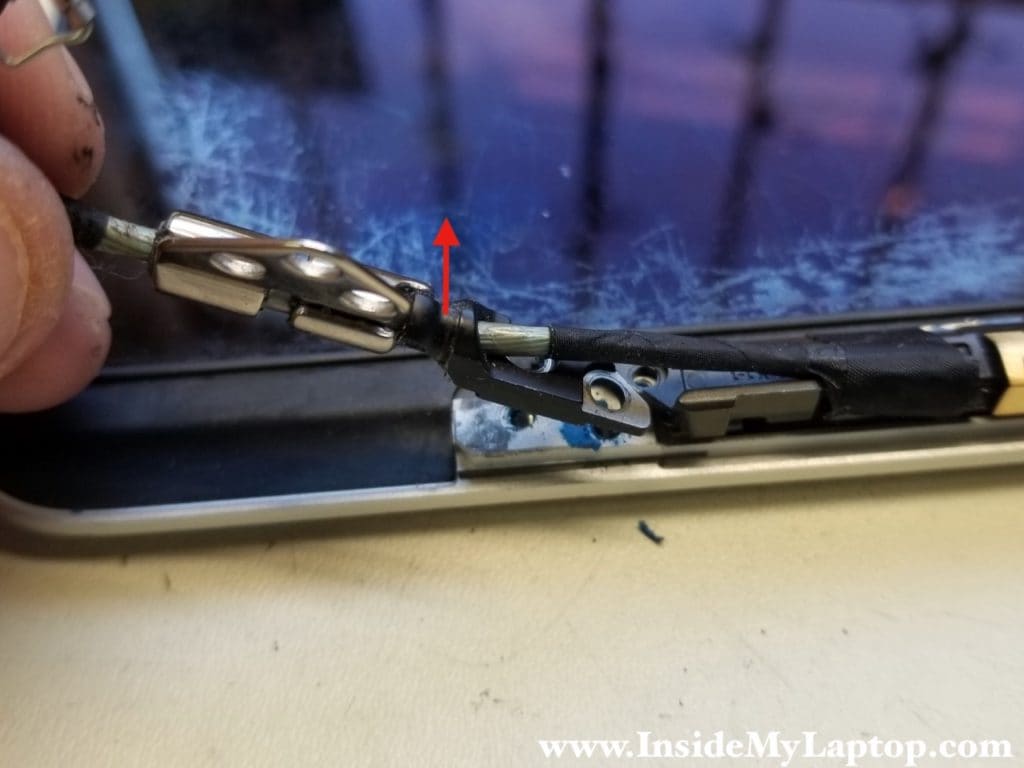 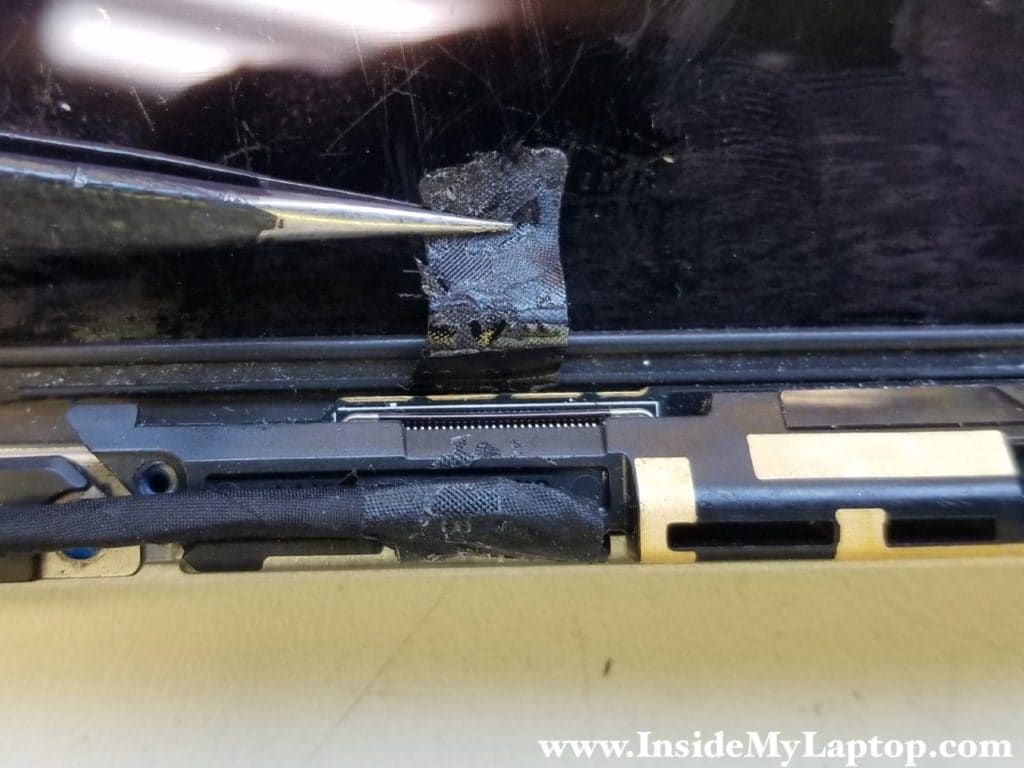 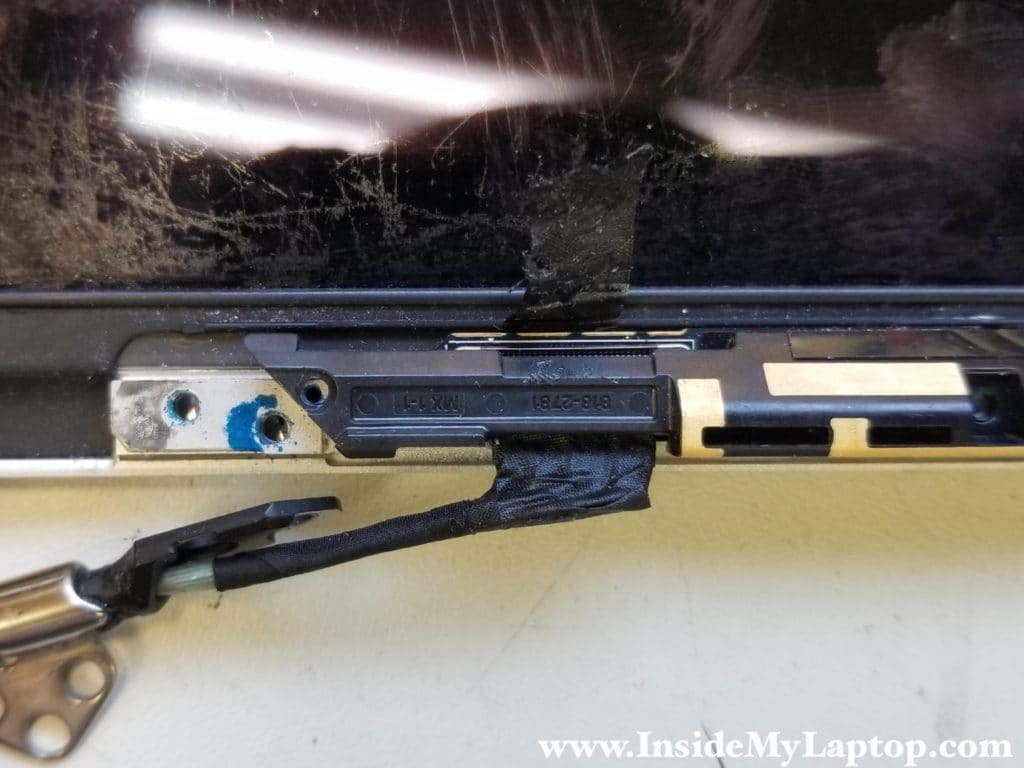 Lift up the WiFi board and separate it from the display assembly.

Be careful, it’s still attached on the right side. 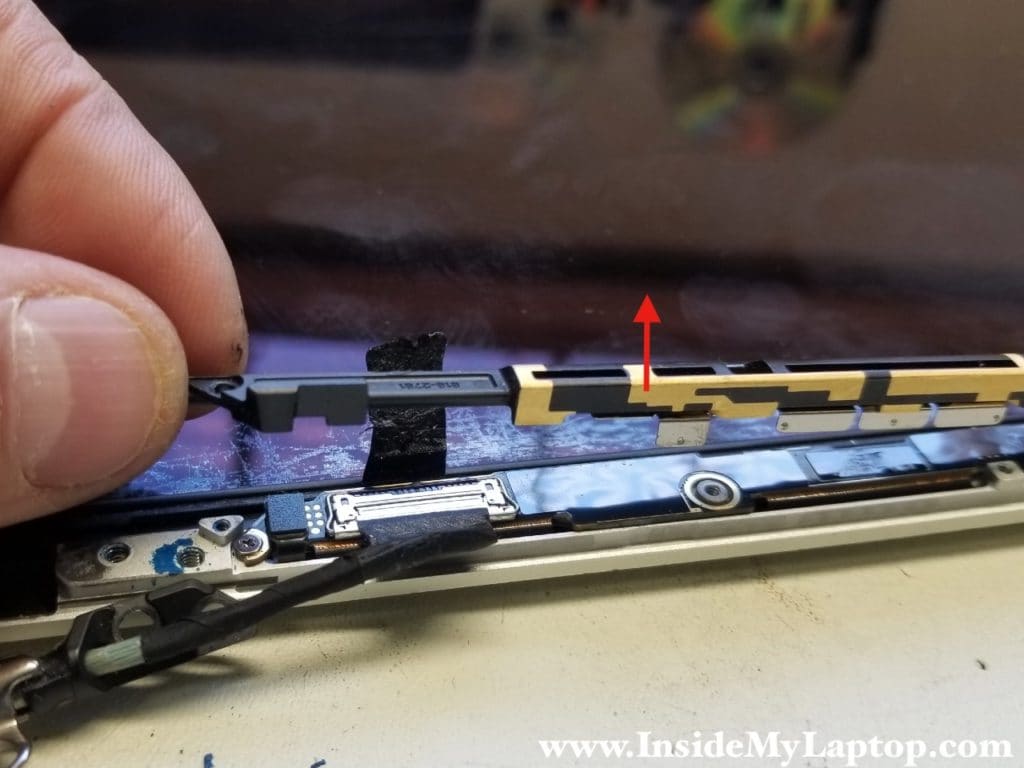 Lift up the metal bracket in order to unlock the display LVDS cable. 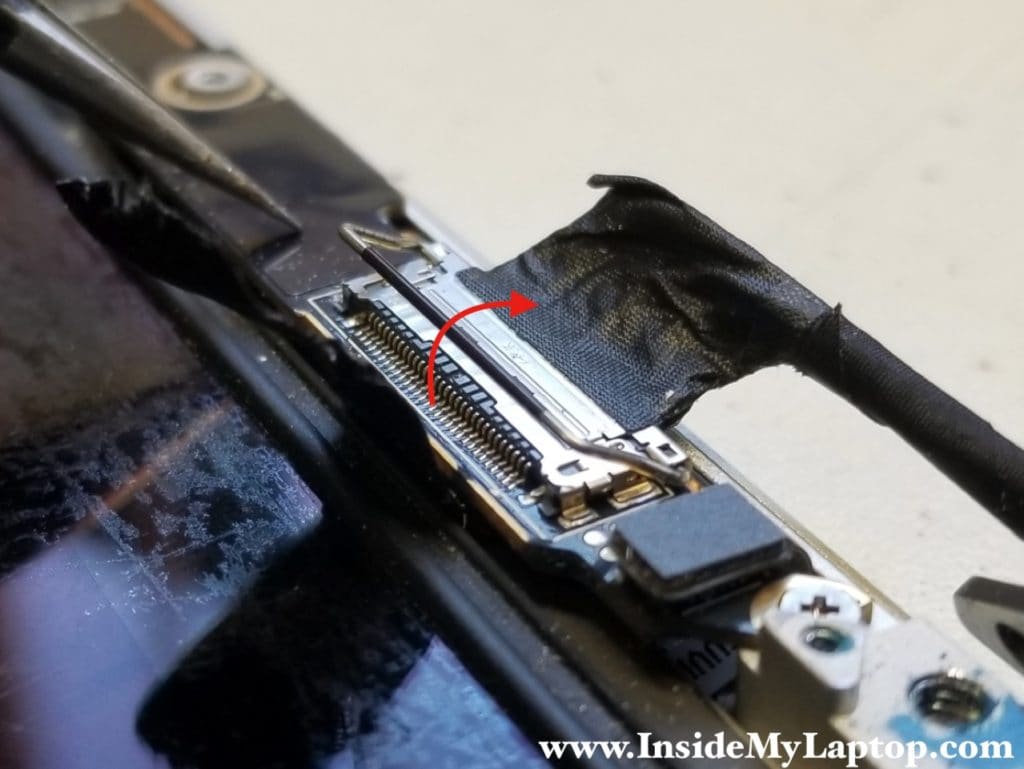 Disconnect the display cable from the LCD screen. 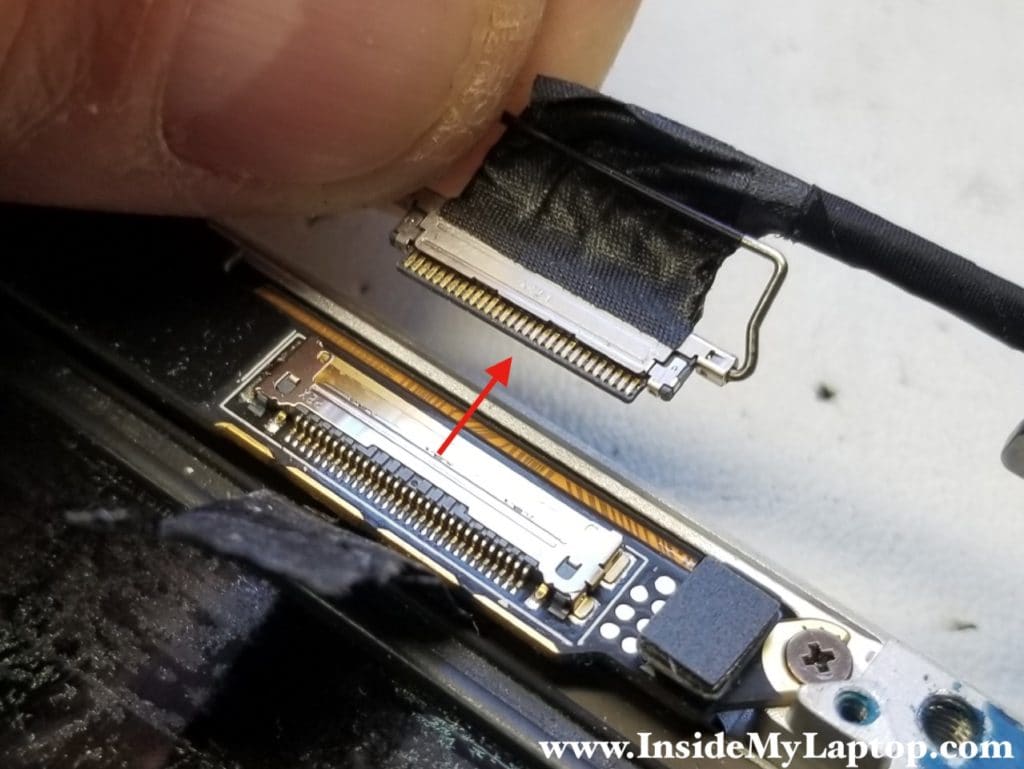 Hopefully replacing this cable will fix your problem. I’ve fixed a few 13″ MacBook Pro Retina “no video” issues by doing that.

Sometimes, just reseating the cable connection on the LCD screen fixes the issue.

These cables are cheap, around $10 on eBay. Probably it’s better to buy a new cable before you start the disassembly process, just in case if you need one. 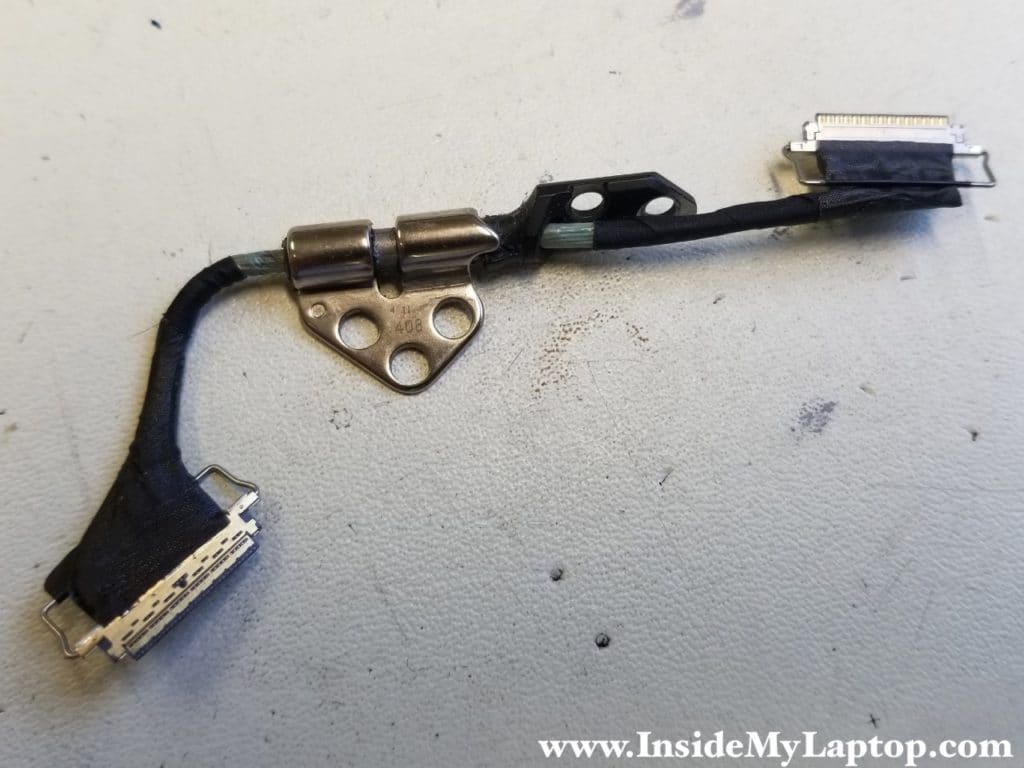